Now Lives: In a three-bedroom apartment in the Williamsburg section of Brooklyn.

Claim to Fame: Richie Shazam is a model, photographer, nightlife habitué and the co-host of “Shine True,” a docuseries on transgender and nonbinary youth. “I don’t like being identified as just one thing,” she said, before settling on “multi-hyphenated Renaissance woman who tells stories through my own queer lens.”

Her Cindy Sherman-esque approach to gender expression — she is often the director, stylist and star of her flamboyant portraiture — has resulted in partnerships with brands including Prada and Instagram. “Whether I’m the one taking the image or it’s someone else’s gaze, my whole life has been one long incredible collaboration,” she said.

Big Break: As a self-described “brown, queer kid in Queens” raised by conservative Guyanese parents, she said some of her earliest childhood memories were of “questioning everything.” After attending Trinity College in Connecticut, she moved to Berlin in 2017, where her hard-to-categorize style caught the attention of a model scout.

Several months later, she made her runway debut for Vivienne Westwood, in a pair of sky-high lace-up boots. “So much of my identity is about subversion and provocation, so to work with such a historical figure as Westwood was one of the most fulfilling things,” she said. 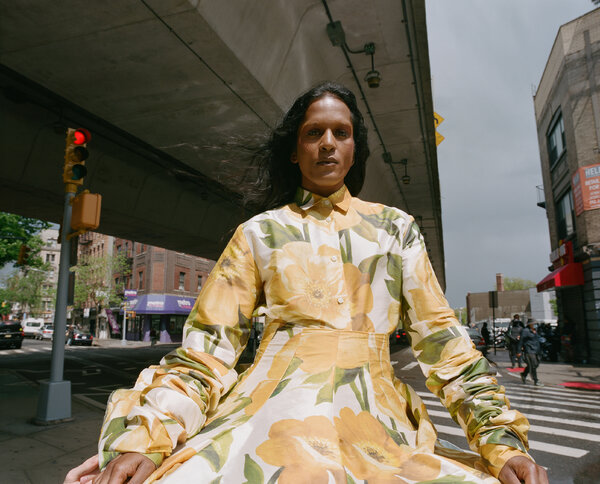 Latest Project: On “Shine True,” a reality show that premiered on Fuse in March, she serves as something of a life coach and fashion muse. In one episode, she wears five different looks, including an oversize dress shirt by Random Identities. “The show allows me to be a part of something that will change how people look at us,” she said.

Next Thing: Her selfie-orientated approach to photography allows her to collaborate with designers like Thom Browne and Calvin Klein from home. “I’ve created a lot of portraiture during the pandemic with all of these incredible designers and fashion houses,” she said. “Being allowed to tell my story has been so beautiful, and that’s something that I want to live in a book.”

She is putting together an autobiographical photographic “visual diary of myself and others.” Decades from now, the project may even be a time capsule of sorts. “It’s important for future generations to see this moment.”

All Ages: In March, she signed with IMG Models, the agency the represents Bella Hadid, Hailey Bieber and other top models. The symbolism of being a trailblazer is not lost on her. “I want all the young queer and brown kids to know we are embraced, and that our vibrancy has no limit,” she said. “And shout out to the older people, too. Intergenerational glam is key.”