MANY are getting into the holiday spirit as Christmas approaches, but this couple took their festive cheer to the next level.

The newlyweds dedicated their entire nuptials to Christmastime, right down to the groom dressing as Santa. 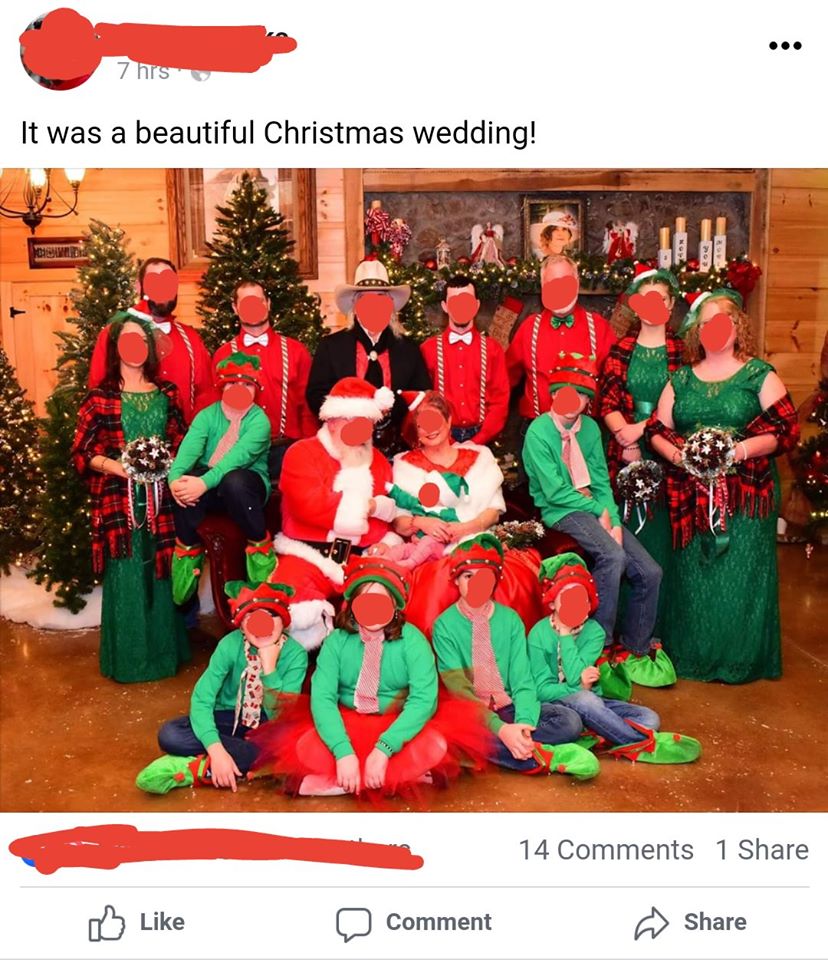 The very seasonal shot was shared to a Facebook group and members couldn't believe their eyes.

In the bright and bold wedding photo, the groom appears to shun the typical wedding suit for a Father Christmas outfit.

He sits proudly next to his new bride who quite aptly is dressed as Mrs Claus, complete with mini red and white bobble hat.

On her lap is a toddler who also got in on the act as an elf. 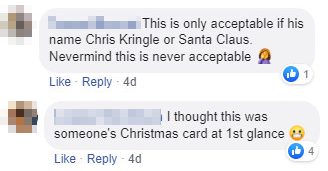 The newlyweds are surrounded by an array of green elves equipped with pointy shoes, and bridesmaids in festive green standing besides groomsmen in a Christmassy red.

Though their faces are blurred out in the shot, the body language of the wedding party indicates that they're pretty happy with the end result.

But that didn't stop the Facebook group members from slamming the very festive theme.

Many took to the comments section to say that they couldn't fully process the scene in front of them, one even went so far as to say "I physically cannot look at it."

While others compared it to "an elementary school holiday show" and said it looked like " Christmas vomited all over them."

One simply wrote: "This is only acceptable if his name is Chris Kingle of Santa Claus."

And another even thought that it was a Christmas card at first glance.

Let's hope that the wedding was at least held in December!

In other wedding news, we told you about the bride who's wedding jumpsuit was slammed for looking like she was dressed as 'Elvis in Vegas.'

We also told you about the greedy bridesmaid who demanded the bride buy her £190 Michael Kors sandals for the wedding.

Plus we showed you how a vegan bride got slammed after her fiancé proposed by shoving the ring into an avocado.