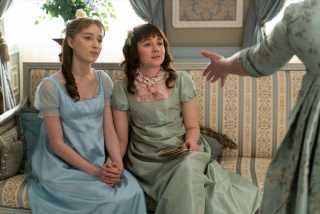 The streaming service revealed the news on Thursday in true “Bridgerton” fashion: a letter from the show’s anonymous narrator, Lady Whistledown.

“The ton are abuzz with the latest gossip, and so it is my honor to impart to you: Bridgerton shall officially return for a second season,” the letter reads. “I do hope you have stored a bottle of ratafia for this most delightful occasion.”

The show, which debuted in December, has quickly become a phenomenon thanks to the chemistry between protagonists Daphne Bridgerton and Simon Basset and the endless collection of fantastical costumes. The show’s costumes, which were all handmade in the show’s very own costume house, give a nod to spring 2021 fashion trends as many designers have released collections full of romantic and whimsical pieces with floral embellishments, bright colors and tulle dresses.

Netflix’s release states production for “Bridgerton” season two will begin in spring 2021. It also states that Anthony Bridgerton, played by Jonathan Bailey, “intends to dominate the social season,” meaning he will likely have a larger role in the upcoming season.

What the Characters of ‘Bridgerton’ Would Wear This Spring