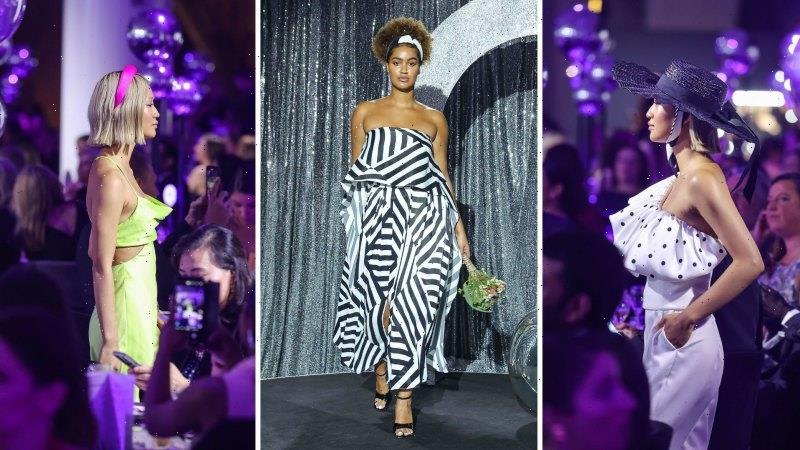 In the fashion world, it’s been a really long two years. We’re finally out of our trackies and, less than two months before the peak party and racing season kicks off, consumers are understandably itching to buy new looks.

What can customers expect for spring when they visit each of the department stores? Well, according to experts, two entirely different offerings. 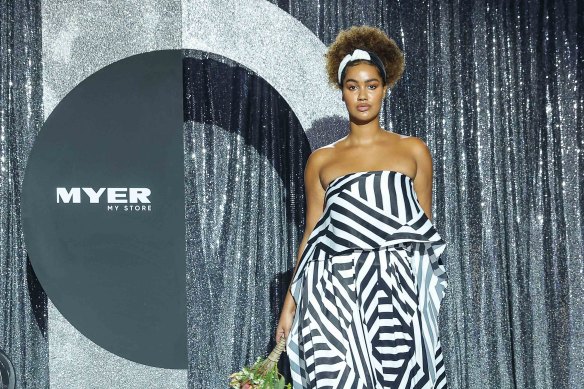 A model wearing a spring racing look from Myer at the Victoria Racing Club’s Fashions on the Field 60th anniversary gala dinner at Flemington Racecourse.

Whereas David Jones continues to position itself as a house of brands, including a stable of legacy labels such as Zimmermann and Camilla and Marc, as well as newer names such as Alemais, Myer is taking a more conservative path, seemingly preferring to dress “middle Australia”.

Queensland University of Technology Associate Professor in Fashion in the School of Design Alice Payne says Myer is clearly focused on “functional, everyday fashion” while David Jones chases top-tier customers. She says the difference is clear on the companies’ websites.

“[On] Myer you browse by clothing style, with ‘top brands’ tucked away at the bottom. David Jones has a heading ‘shop by brand’ which shows all their brands at a glance … [and] is clearly more fashion forward, but also more attentive to the growing desire for sustainability through the way they curate the offering,” Payne says. 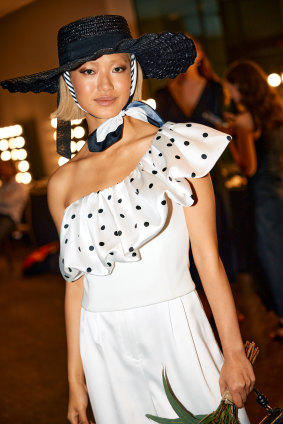 Another spring racing look from Myer.

Since 2019, Myer has opted to focus its fashion on mid-range Australian and international brands with more accessible price points and less razzle dazzle. Brands such as Wayne Cooper may not scream “high fashion” in the eastern suburbs of Sydney or inner-Melbourne – but, according to one source close to the business, their wares fly off the racks in stores from Canberra to Cairns.

Payne says whether you’re more a David Jones or Myer shopper may depend on how you define fashion. “There may not be the focus or level of curation [at Myer] seen in David Jones but the styles on offer are ‘right’ for their customer and how she wants to dress – and, to me, that’s what fashion is – looking good and feeling right in your time and place,” she says.

“Our customers are savvy, now more than ever they want value in their outfits – pieces that will work for the [races], but also carry over to other events,” she says.

Regardless of consumers’ tastes, the retailers hope shoppers will tap their cards on millinery, suiting (including ties! They’re not dead!) and dresses to help restore spending to pre-pandemic levels. In 2016, fashion purchases of $40 million were directly attributed to the Melbourne Cup Carnival, according to the Victoria Racing Club. In a promising sign, fashion and department store spending rose 3.3 and 3.8 per cent, respectively, in July, according to monthly federal data.

Whereas some may view Myer as the less fashionable of the two stores, Brian Walker, chief executive of retail consultancy Retail Doctor Group, says Myer’s strength is that its customers are largely rusted on; more than two-thirds of its business comes through its loyalty program. He says Myer customers may have also better adapted to online shopping during the pandemic than David Jones’ base, which skews slightly older and traditionally from a higher socioeconomic segment. 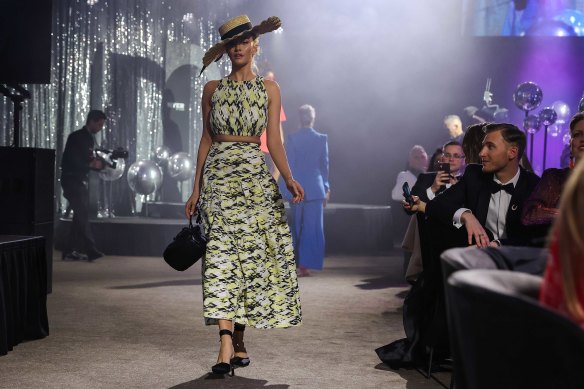 The VRC has opened up its Fashions on the Field sections to all genders.

Fashion will be a key consideration in any future merger of the two companies, following reports this week David Jones is on the market. Walker says one potential outcome is a single company with dramatically fewer physical stores and a broader online range, with different brands under the respective Myer and David Jones banners. 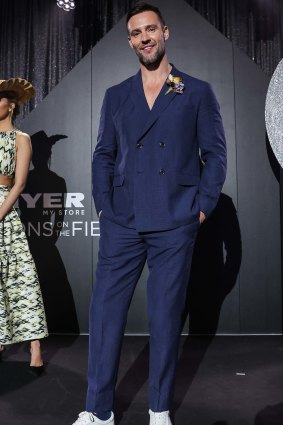 Both men and women will be able to enter the Best Dressed and Best Suited fields.

On Thursday, Myer unveiled its spring range at a black-tie dinner at Flemington to celebrate 60 years of its Fashions on the Field competition. On the runway, models wore brands including sass & bide, Mossman and Cue to showcase this year’s racewear trends.

Earlier this week, reports emerged that South Africa’s Woolworths Holdings was considering selling off David Jones, leading to speculation that a private equity bid could also snap up Myer, triggering a possible merger. In July, Myer reported a preliminary $55-million profit for 2021-22 ahead of the release of its official results later this month.