SITTING in a doctor's office, Ally Hall faced the toughest decision of her life – giving up the hope of ever having a child, or saving her sanity.

Four years earlier, the 43-year-old had been diagnosed with premenstrual dysphoric disorder (PMDD), a debilitating condition that made her life a living hell and could only be ended through a hysterectomy. 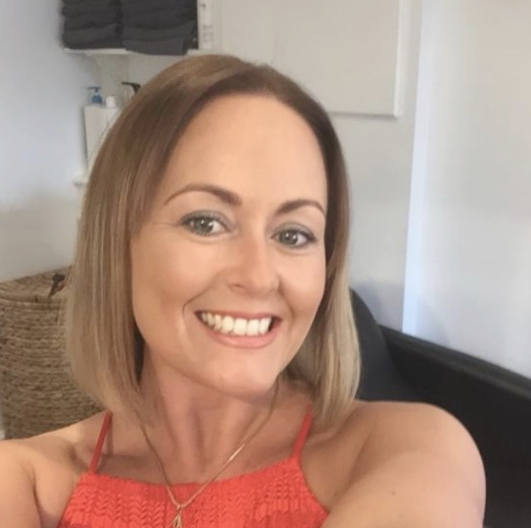 For 20 years, PMDD wreaked havoc on Ally, causing severe anxiety, depression and personality changes that were so severe she became suicidal.

After years of hormonal treatments, from coils to the pill, a specialist determined that the only option left was to remove her womb in 2018, which meant she would never have children of her own.

To make the heartbreaking decision worse, Ally, a hairdresser from Peterborough, had already gone through the pain and agony of six miscarriages.

“Since my divorce, aged 35, I had accepted that I might not ever meet anyone and be in a position to try for a baby, but I had still been hopeful," she says. 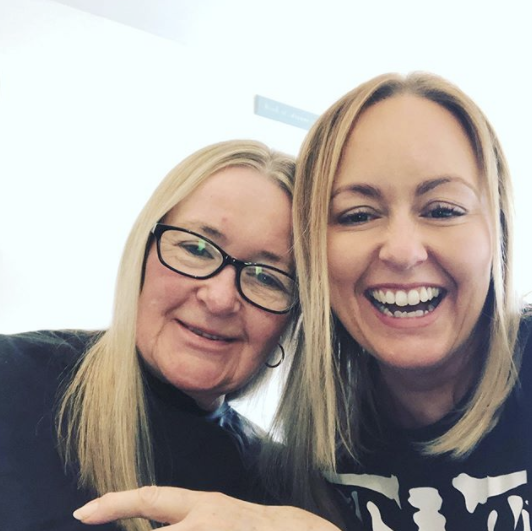 "I have always had that mothering instinct and just kept wondering why I wasn't like everyone else.
"It was so hard, but I have grieved the loss of my babies. You just have to accept that there is more to life than being a mother.
"My ovaries were destroying my life and I couldn't live with PMDD any longer."

For most women, period pains, known as premenstrual syndrome (PMS), can be cured with a hot water bottle and paracetamol – but Ally faced a different beast.

PMDD, an extreme form of PMS, affects approximately one in 20 women of reproductive age across the globe – and as many as one million in the UK.

It is unknown exactly why it happens, but researchers believe it is due to an 'abnormal reaction' to hormone changes and a deficiency of serotonin – the body's 'happiness' hormone. 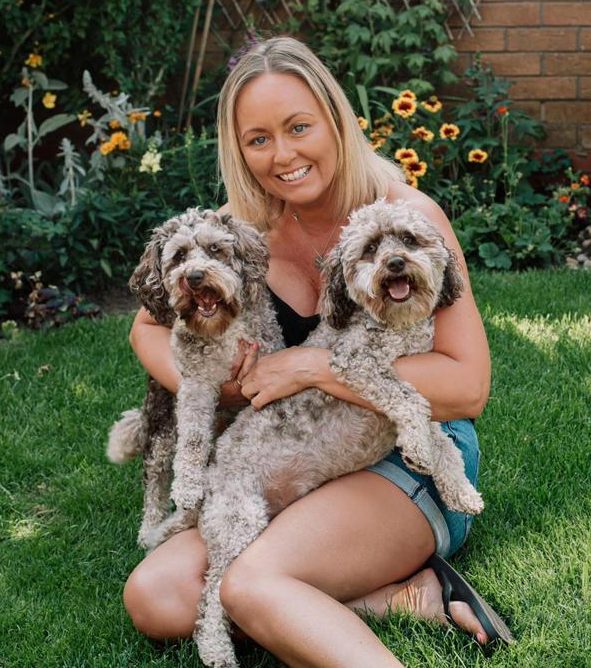 Ally’s mood would shift dramatically as she experienced extreme personality changes every month at the time of ovulation.

"My life was a constant battle," she says. "I would be 'normal' and then suddenly a feeling of panic, fear, and anger would build, making me overly sensitive, anxious and depressed.

"My partner would have to put up with tears and random outbursts, as did my family.

Looking back, it started in my teens, but my mum just blamed my mood swings on me being 'grumpy'

"Anything could set me off, however trivial. I remember one time when the dishwasher needed emptying and I would get up and cry, because I couldn't bear the thought of dealing with this task.

"The PMDD was sometimes so intense that I couldn't leave the house, cancelled dates with friends and became really paranoid.
"Looking back, it started in my teens, but my mum just blamed my mood swings on me being 'grumpy'. 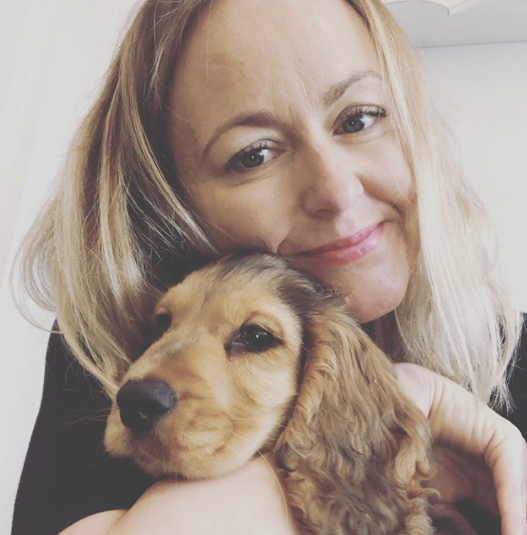 PMDD can be difficult to diagnose, as it is not even very well known among many health professionals.

Ally also felt ashamed because of stigma around mental illnesses and refused to admit that something was wrong.

In 2016, a friend who also has PMDD spotted the signs in her behaviour and suggested that she speak to a GP.

Ally agreed, but was left feeling humiliated when a male doctor dismissed her symptoms.

When I first approached my GP, he told me it didn’t exist. He said it was just part of being a woman and that I would have to 'deal with it'

She says: "When I first approached my GP, he told me it didn’t exist.

"He said it was just part of being a woman and that I would have to 'deal with it'.

"I was mortified and upset, but challenged him on its existence as it’s on the NHS's website. Even then, he just said there was nothing he could do."

Ally's friend encouraged her to go back and see a female doctor, who later referred the hairdresser to Dr Nick Panay, a specialist in PMDD. 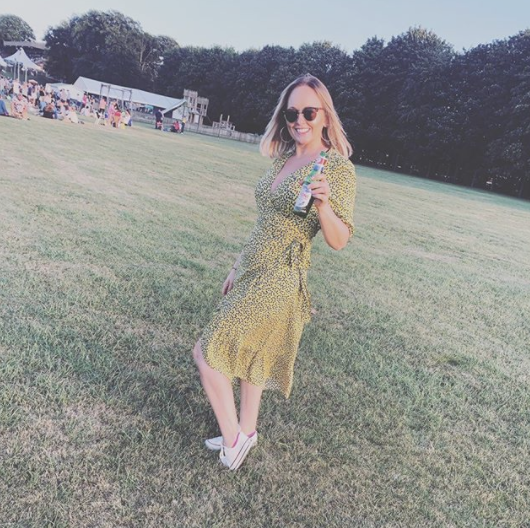 "I remember sitting in Dr Panay's office, begging for help," she says.
"At first, he tried to regulate my hormone levels, but that only made me feel worse as I reacted badly to it.

"The next line of treatment was a chemical menopause, a temporary measure that stops ovulation and is a test to see if the body functions better without hormones."

The chemical menopause worked. Ally asked the doctor to schedule her hysterectomy, which involved removing the womb, cervix, fallopian tubes and ovaries.

Premenstrual dysphoric disorder (PMDD) is a severe and disabling form of premenstrual syndrome.

It only affects 3-8 per cent of menstruating women so it's rare, but it can have a devasting impact on the lives of those who have it.

While PMS can be unpleasant, PMDD is much more serious and can make it hard to work, socialise and have healthy relationships.

The exact causes are still not fully understood but some research suggests that there might be a genetic factor at play.

Scientists believe that some women might be very sensitive to changes in hormone levels, while there's also a belief that PMDD can also be linked to past emotional or physical trauma.

These symptoms typically occur a week or two before your period starts.

"I asked to see a photograph of my womb afterwards, with it finally out of my body," she says now.

"I needed that closure. I still have the picture and look at it sometimes.
"It’s sad to know that I will never get to experience motherhood, but I'm much calmer now."

It’s sad to know that I will never get to experience motherhood, but I'm much calmer now

Ally's symptoms have lessened dramatically, though the anxiety remains. The hairdresser takes CBD oil supplements from Hapihemp, a product that was created by a woman who also had PMDD, to help her cope.

She adds: "My family and friends have noticed such a change in me since my hysterectomy.

"When I saw the surgeon at the hospital months later, I thanked him for saving my life. I'm finally free."

Health professionals recommend that those who think they may have PMDD see their gynaecologist and keep a diary of symptoms to help with diagnosis.

Dr Narendra Pisal, consultant gynaecologist at London Gynaecology, says: "PMDD is thought to be caused by hormonal changes caused by ovarian function affecting the neuroregulators (particularly serotonin) in the brain.

"Behavioural changes with PMDD may affect your work and relationship to a significant degree.

"If the symptoms are affecting your well-being, quality of life, work or relationship, it is important to see your GP or your gynaecologist.

"It is helpful to keep a diary of symptoms which will help the doctor assess the severity and cyclical nature of your symptoms."