WHILE big boobs can feel like an asset to some, to others they feel like a burden.

Finding clothes that properly fit over a large chest can be difficult and uncomfortable. 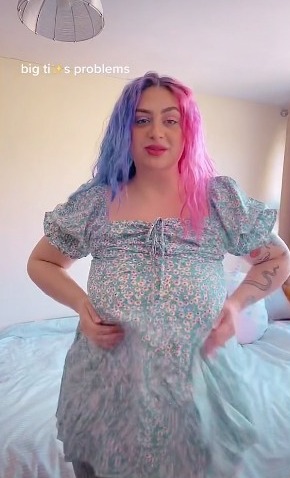 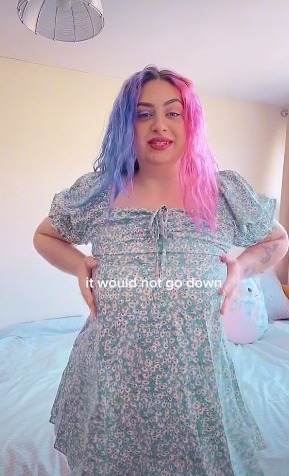 A woman named Jone, who goes by @JoneLaLifestyle on TikTok, said her boobs are so big that sometimes her dresses can’t hold them in place.

She came up with a creative solution to the problem – and big-chested people everywhere are sympathizing with the sentiment and overall struggle.

Posting to TikTok, she shared a clip that received over 16million views. It was captioned: “When you have to use weird methods to fit the jugs in.”

Jone proceeded to show a blue printed baby doll dress that just wouldn’t pull down over her boobs.

"It would not go down," she said while struggling to get dressed.

She tugged and shook the outfit, but her chest wouldn’t let it budge.

Instead, she stuck her hand inside her dress and physically pulled her boobs up, lifting them over the dress’s seam so that they’d sit in place.

She received over 14,000 comments, with most people saying they’ve had to do the same:

“I have never related to a TikTok more,” one person wrote.

“The girls that get it, get it,” added another.

“Is this not the norm? Do other people get to just pull things down and carry on existing?” a third chimed in.

And a fourth said they dealt with the same exact problem: “Hahaha omg I’m laughing because I got this same particular dress and I had to do the same! They were squished down below.” 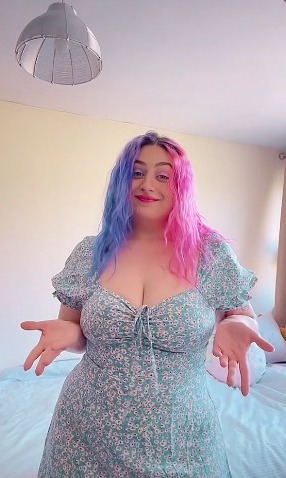