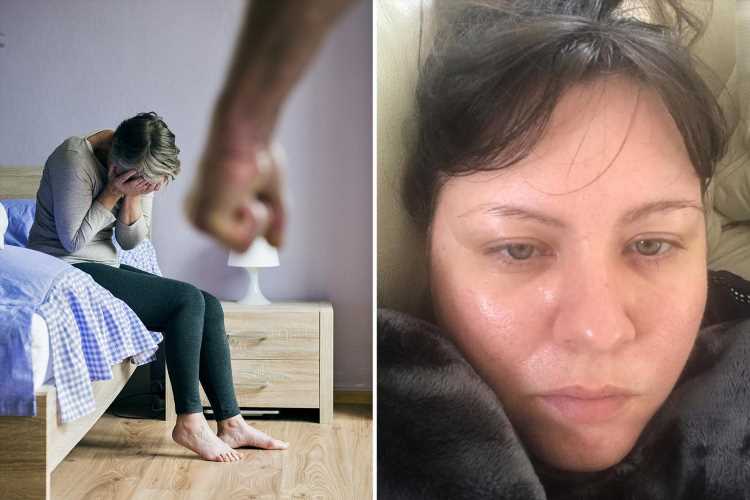 NATALIE Curtis thought she could endure her ex's psychological abuse by doing as he told – but when he chased her around her home with a knife, she knew she had to get out.

"My ex said a double suicide was all that was left," said Natalie. "All I could do was try to escape, even if that meant dying in the process." 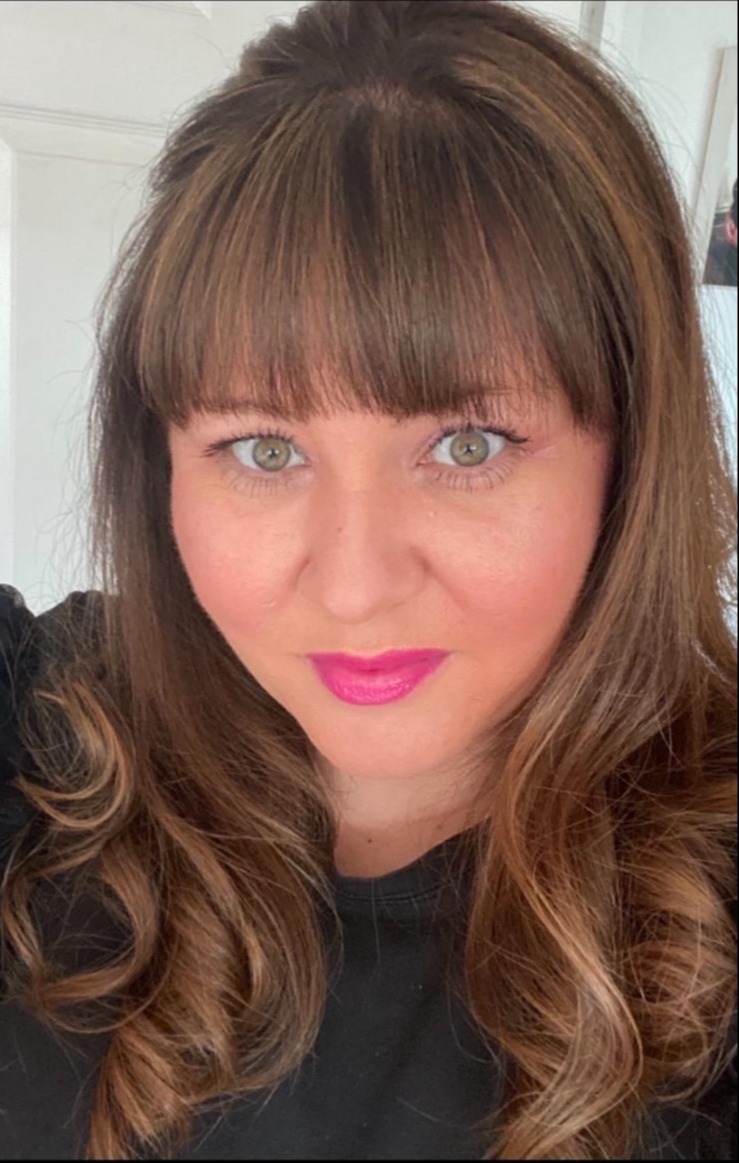 Natalie said: "Until it happened to me I always just thought, 'Why don’t women leave? Why do they put up with it?'

"But it’s so all consuming. I was trying desperately every day to survive, to keep him calm and not anger him."

The Sun is backing a call by domestic abuse charity Women's Aid to guarantee funding for survivors goes directly to specialist refuges, and not to housing associations or private landlords.

Charities and campaigners welcomed the Domestic Abuse Act earlier this year, a landmark piece of legislation which will aim to protect the 2.6 million victims of domestic abuse in the UK every year.

But Women's Aid says the hard-won fight for legislation will be lost if the £125 million promised to local authorities for accommodation for those fleeing domestic abuse is not guaranteed to fund refuges.

Natalie knows only too well what it's like to feel trapped with her abuser.

She met her ex through work in June 2012 and found him charming. 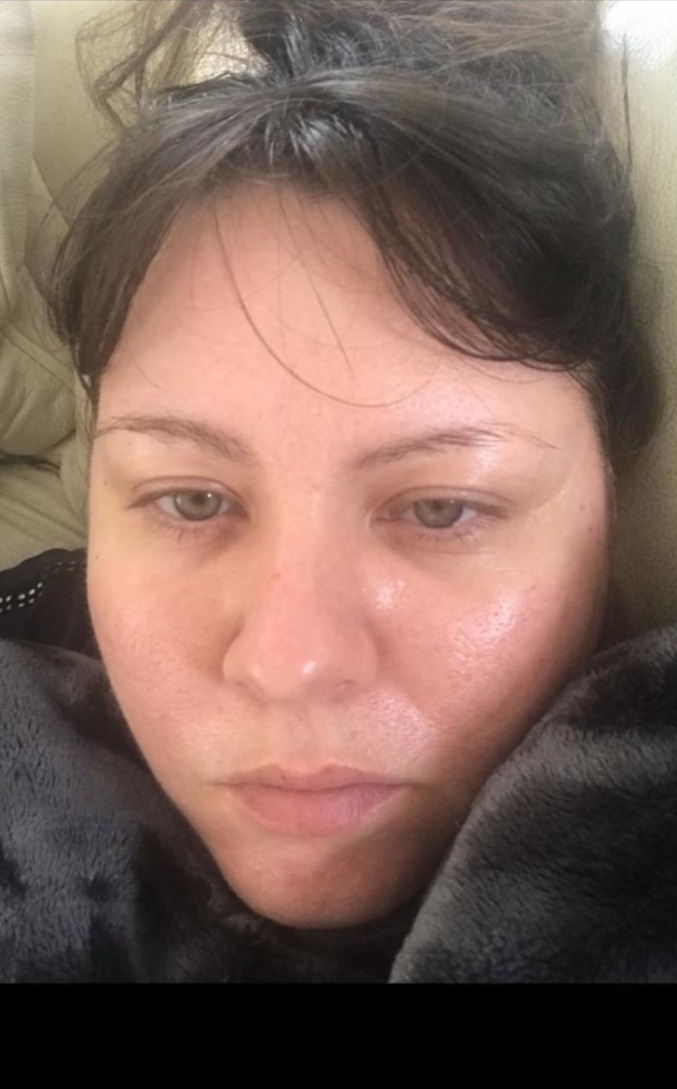 Although everything seemed okay at first, she looks back and can see the red flags.

It wasn't unusual for him to call her 30 to 40 times a day, and Natalie would always answer, for fear of facing his wrath otherwise.

She said: "He moved in with me at my parents' house six months after we met, and proposed in August 2013."

It was when they moved into their own flat that Natalie first saw his rage.

She said: "His impulsiveness turned aggressive.

"He'd fly into rages and break things, throwing my phone across the room. He wasn't mad at me specifically, but situations or circumstances. He only ever broke my things.

"When I got upset, he told me my crying was making him more angry."

And soon, he started taking his anger out on her.

Natalie said: "He would push and shove me. No punches because they would be visible.

"He body slammed me to the floor in March 2015 and I fractured my thigh bone.

"When he took me to the hospital a few weeks later because I couldn’t walk, he did all the talking. Not once did the doctor ask me any questions or think it odd that I didn’t speak at all. 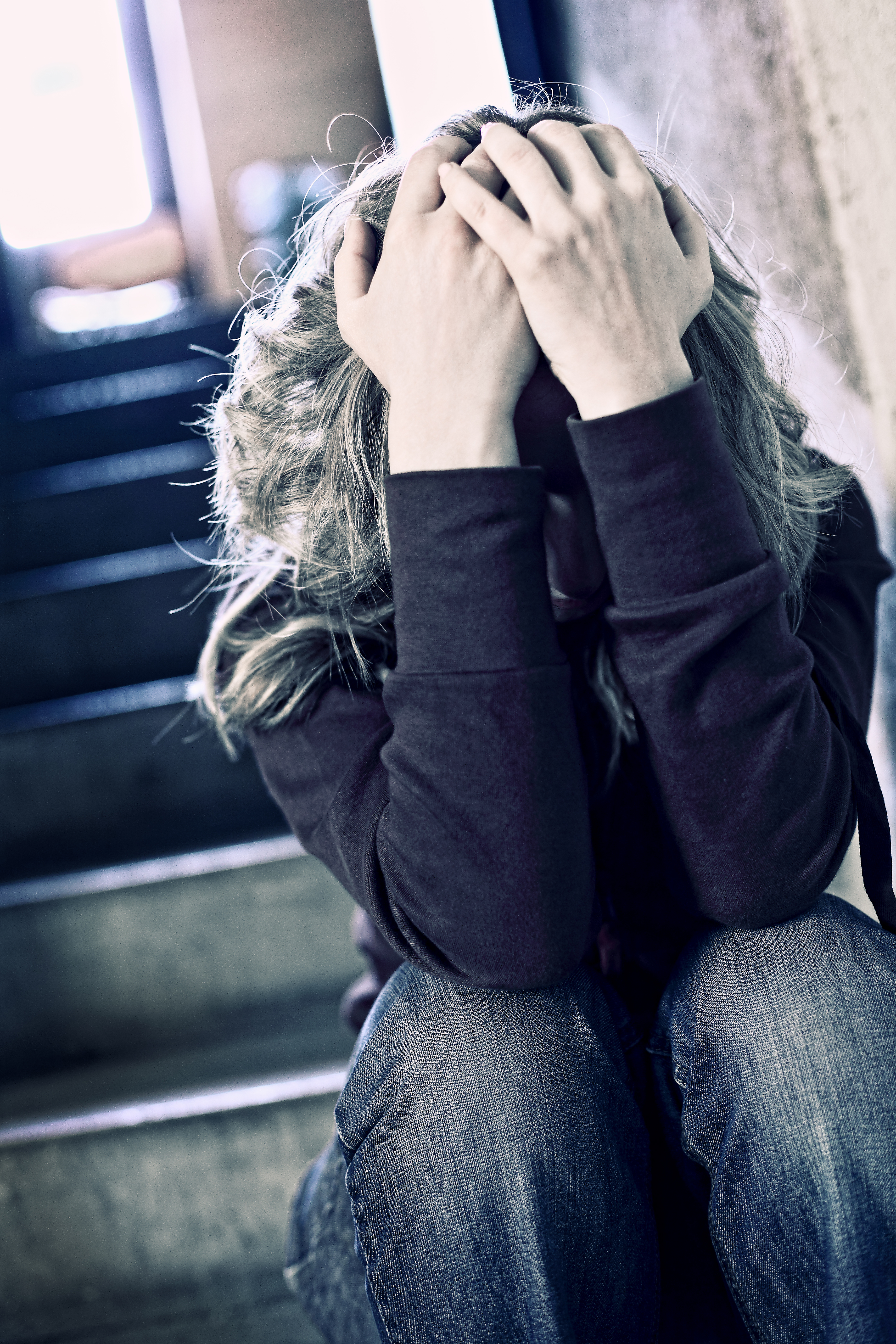 "I should have been a red flag for domestic abuse but I wasn’t.”

Despite the abuse escalating, Natalie’s ex booked their wedding day for December 2016. Trying to ignore her doubts, Natalie went through with the wedding.

She said: "I look back on that day and wonder how I got through it.

"I was on autopilot. I switched off and went through the motions but it was one of the unhappiest days of my life.”

Once a bubbly personality, Natalie started to experience crushing anxiety and isolated herself.

She said: "When the abuse started, I'd go for a drive when it got bad .

"But it got to the point that I was a shadow of who I was. I was scared to leave the house. I cut myself off from friends. 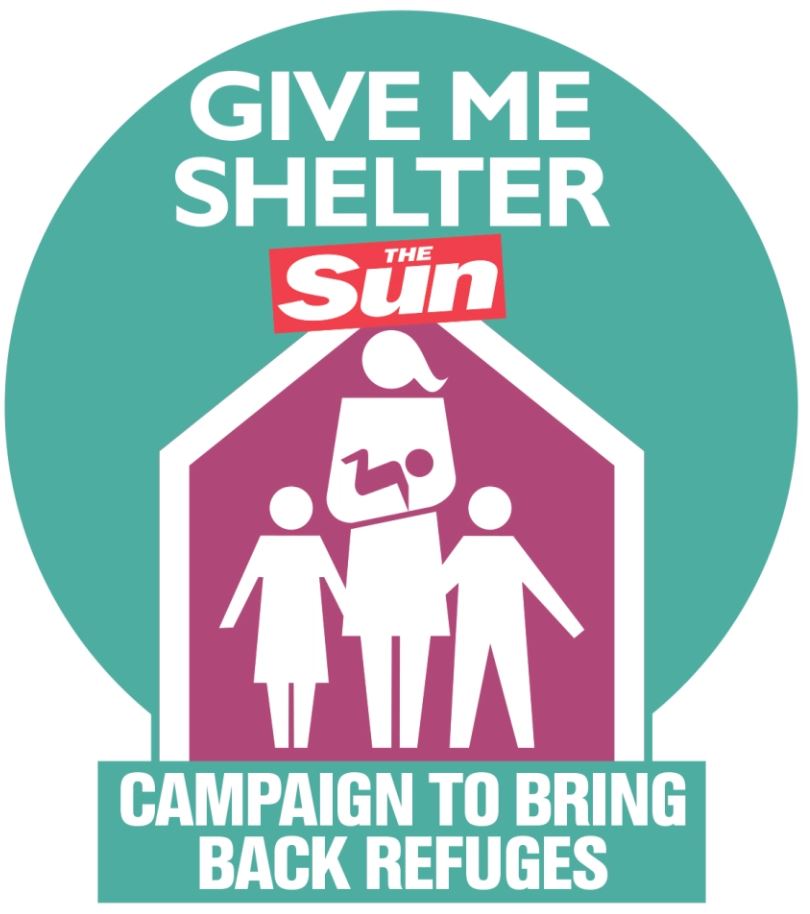 The new Domestic Abuse Act pledges £125 million a year for accommodation for those fleeing domestic abuse.

BUT Women's Aid is urging the Government to guarantee this money goes to specialist refuges, not into the hands of housing associations or landlords, where women would not have access to support services.

Women’s Aid Chief Executive Farah Nazeer said: "As a federation of nearly 170 local domestic abuse charities in England that run refuges and domestic abuse services in their communities, it was a relief for us when the statutory duty was announced as part of the Domestic Abuse Act.

"Finally, we thought this would guarantee funding to keep refuge doors open, after years of devastating local authority cuts.

"We were then disappointed when the Domestic Abuse Act didn’t mention refuges, just accommodation.

"It means that the £125 million going to local authorities for accommodation for survivors – unless Housing and Communities minister Robert Jenrick steps in and tells them otherwise with a clear directive – could go to other housing providers and organisations that are not specialists in supporting women and children fleeing domestic abuse.

"Last year, over 10,000 women and 12,000 children were supported in refuge services in England alone.

"We are asking government to listen to us today, and please make sure this desperately needed money goes to specialist women’s refuges where it is most needed and help us to save lives.”

"They would call the house but he would tell them I had anxiety, so to the outside world, things added up.

"When I tried to sleep, he would turn the stereo up loud. When I asked him to turn it down, he would put it on low and tell me I was imagining things.

"It was near constant psychological torture."

Statistics show it typically takes 50 separate incidents of abuse before a victim turns to help.

At one point in August 2017, he was arrested under the Malicious Communications Act, for making threats to kill over the phone. He was charged and handed a suspended sentence.

Natalie left him but he persuaded her to come back.

In June 2018, after six long years of torture, two things happened that made Natalie realise she had to get out. 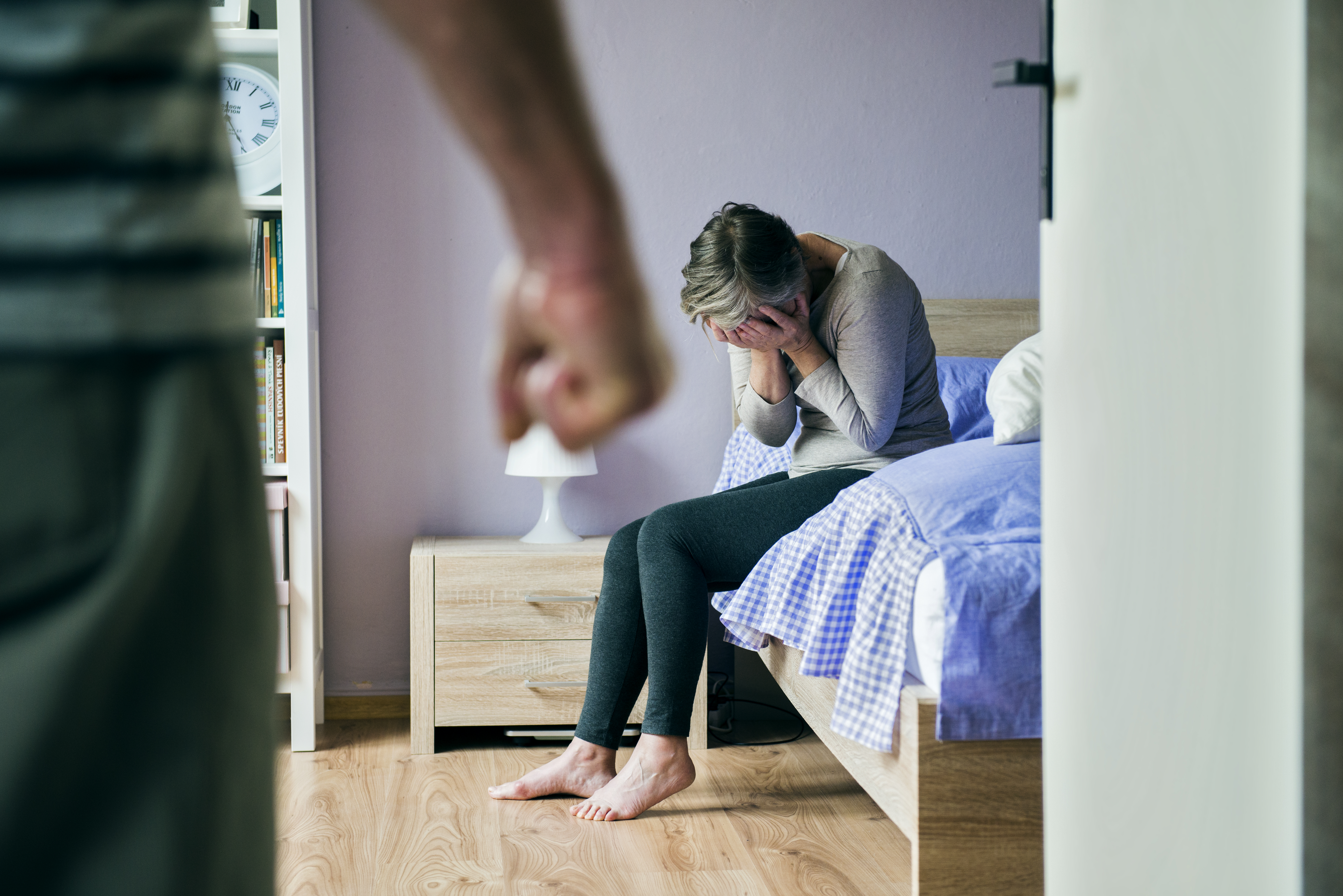 Firstly, the incident with the knife.

She said: "I thought I'd die trying to save myself.

"I thought I could avoid the worst physical, psychological and economic abuse if I did as I was told and tried not to aggravate things.

"But the thought of being stabbed took me to rock bottom."

The second came when her ex marched her to a pawn shop and forced her to cash-in her wedding and engagement rings.

She contacted Women's Aid and started to realise she "deserved to live a happy, normal life." 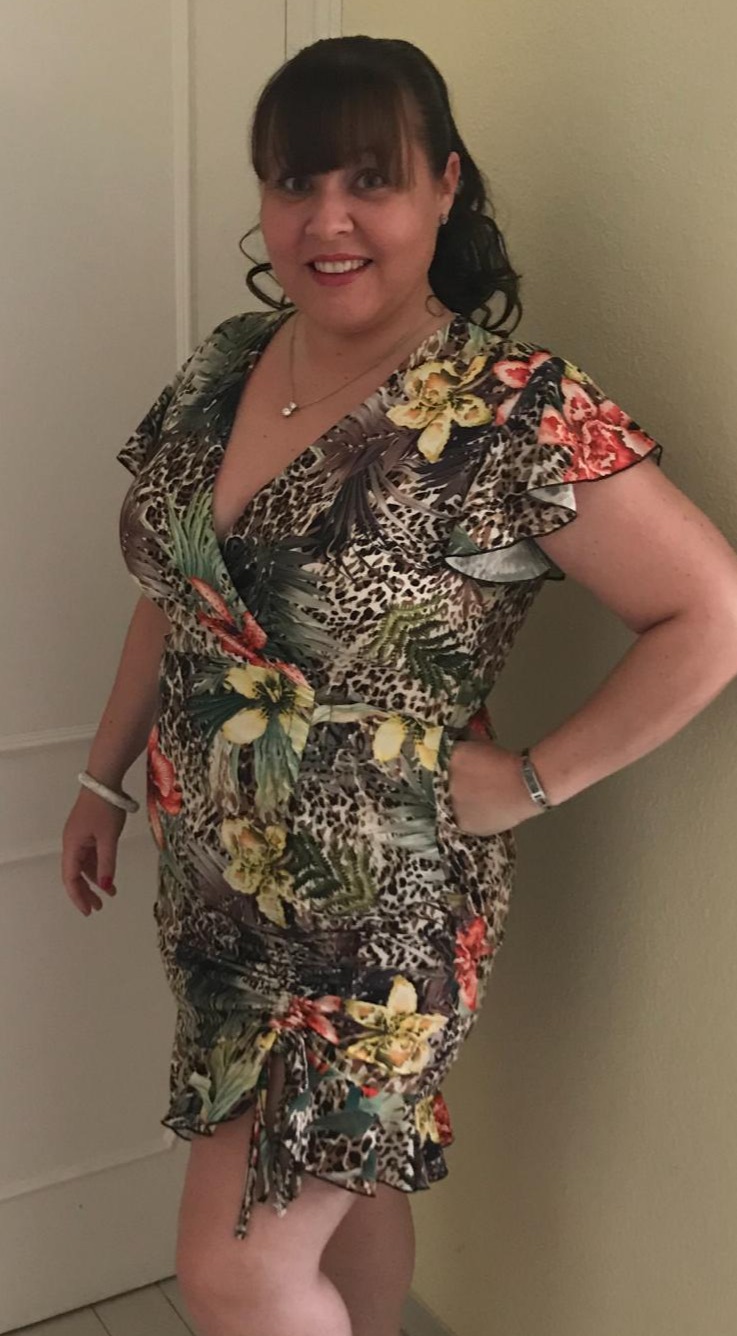 Natalie said: "It was by no means easy, but from my first appointment, I knew my life was about to head in the right diection.

"I was scared and upset but I was ready to live my life free from abuse.

"I wasn't judged, I was listened to and I felt understood.

"I walked in broken but as my journey continues, with support from Women's Aid, I have managed to rebuild my life with support.

Natalie’s ex was arrested and charged with Controlling and Coercive Behaviour and in October 2018 was sentenced to two years in prison.

He was handed an indefinite restraining order. Their divorce was granted the same month.

While he’s no longer in prison, Natalie has moved on with her life and she has devoted herself to raising awareness of domestic abuse to help others.

She said: "I was ashamed and embarrassed to get help, but if anyone is reading this and is scared of their partner, I would urge them to get help.

"No one should live in fear of the person who is supposed to love them. Not all abuse is physical or violent."