A MUM has managed to overhaul her tired bathroom into a chic black and white space for just £200.

Emma George, a 27-year-old mum-of-three from Birmingham, used Frenchic paint and accessories from ebay, Dunelm and Amazon to give her bathroom a modern new look. 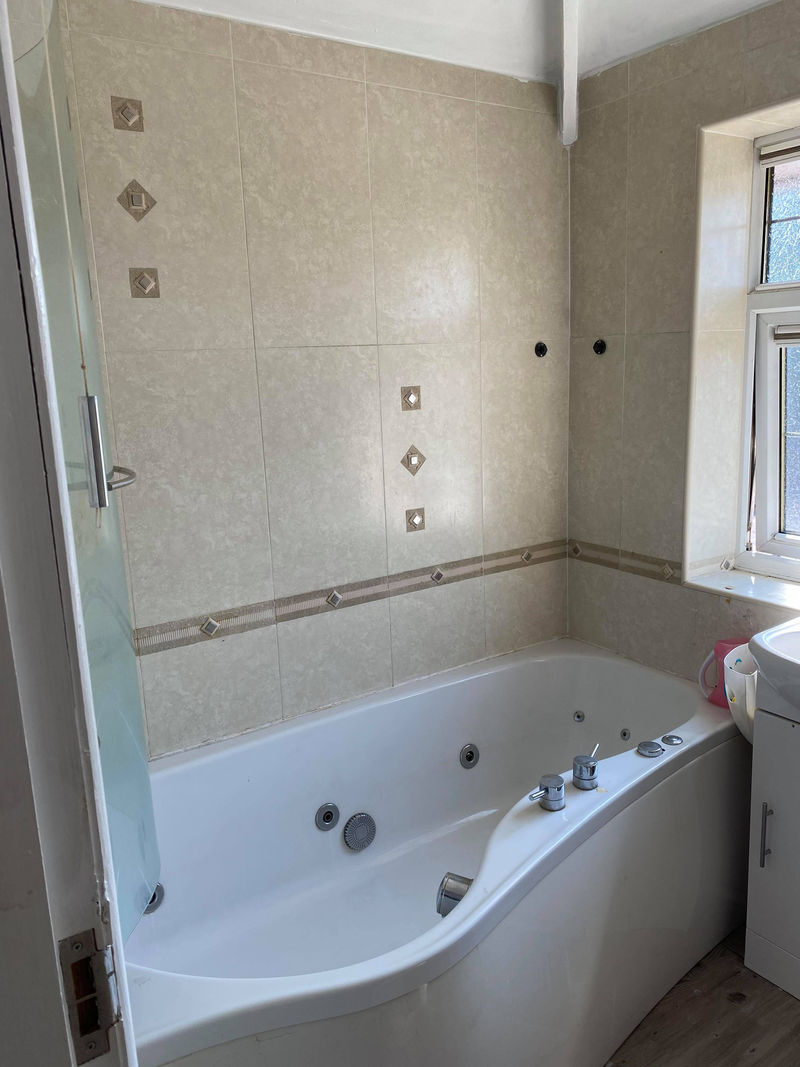 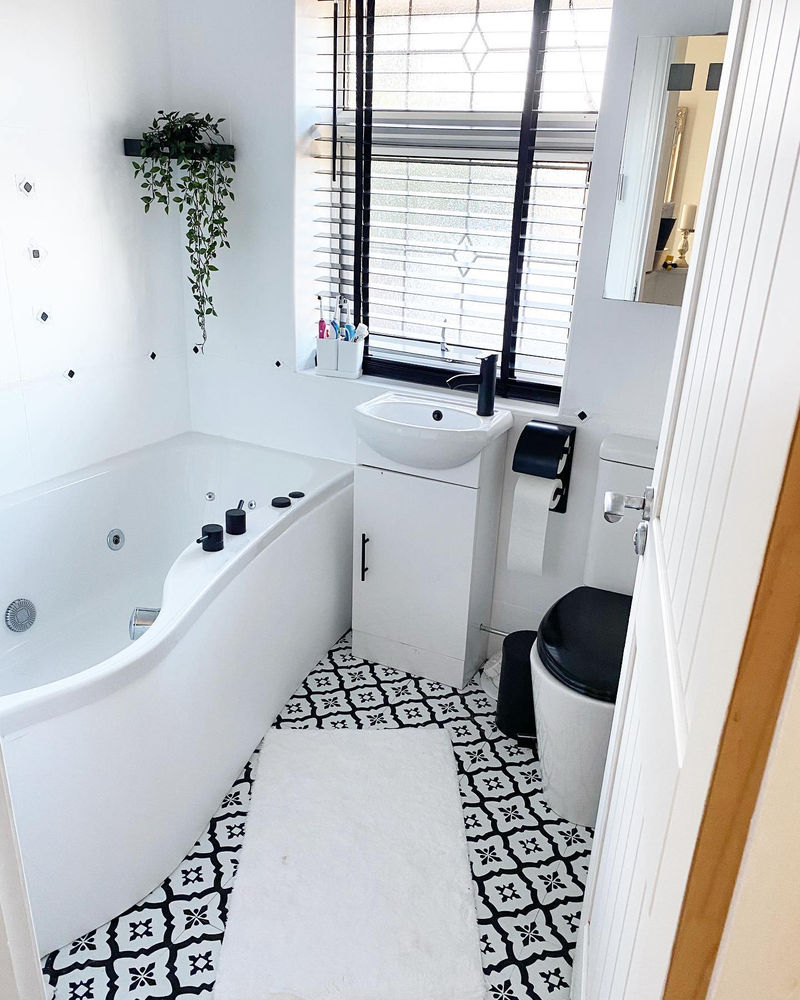 Emma told money-saving community LatestDeals.co.uk: "I’m currently 20 weeks pregnant and have been really deflated the past few months with sickness and just generally early pregnancy hormones and I had a wind of energy.

"I hated the upstairs bathroom compared to the rest of the house as it was dated. I really wanted to rip it all out and re-do it all but my husband warned me that apparently that’s grounds for divorce! Also, we were on a tight budget.

"So I looked at what paint I had in the house and went with what I already had.

“To do the bathroom, I just wiped all the tiles down then used a foam roller to apply the paint onto the tiles in thin coats. It took three coats. 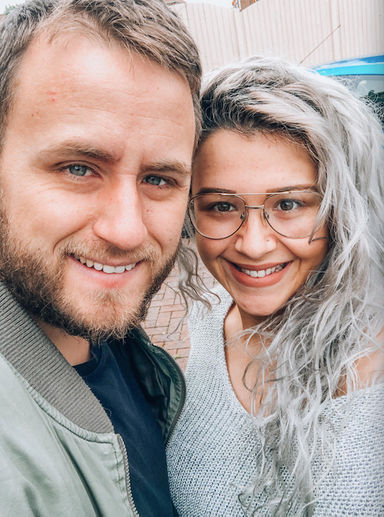 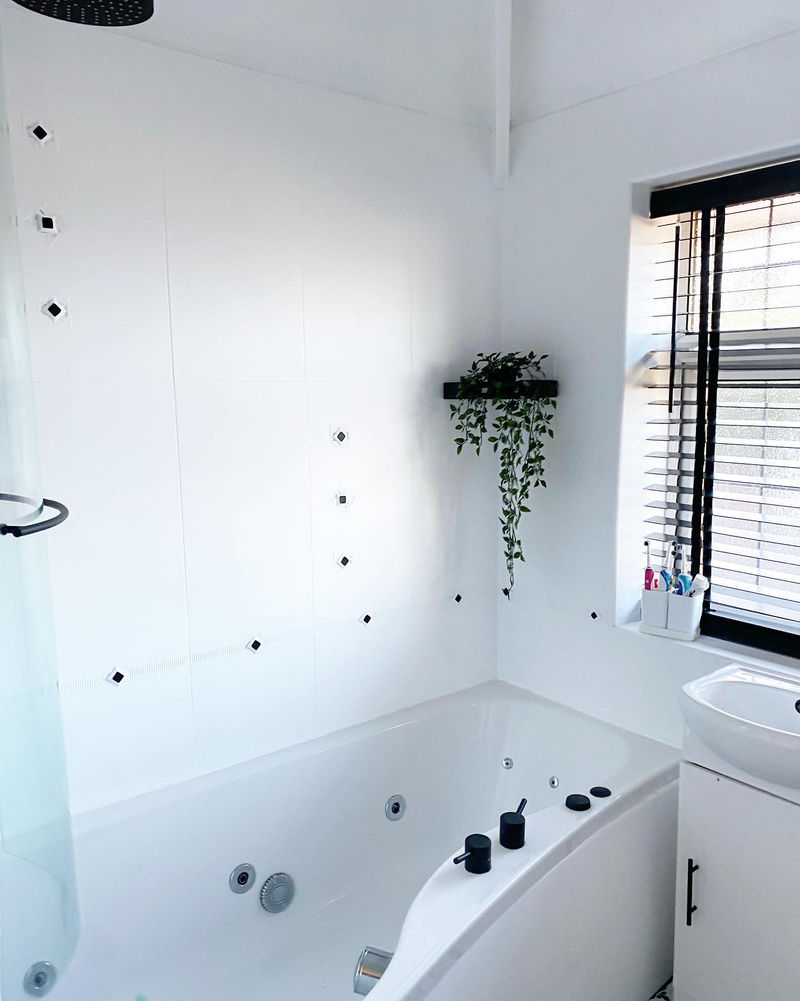 "With the taps, radiator and trim, I used one of the kid's paintbrushes with a round end, and I did thin coats in the opposite directions – so if I did the first coat left to right, I did the next coat up and down – to avoid brush marks. They also took three coats.

"I did the painting first in the white then the black areas so if I got it on my old flooring it was fine.

"Then I replaced the floor once all the tiles had 48 hours to start curing. Once the floor was down, I added the accessories like the toilet seat, blinds and shower.

"I always start at the top and work my way down with the messy jobs like painting and sealing. 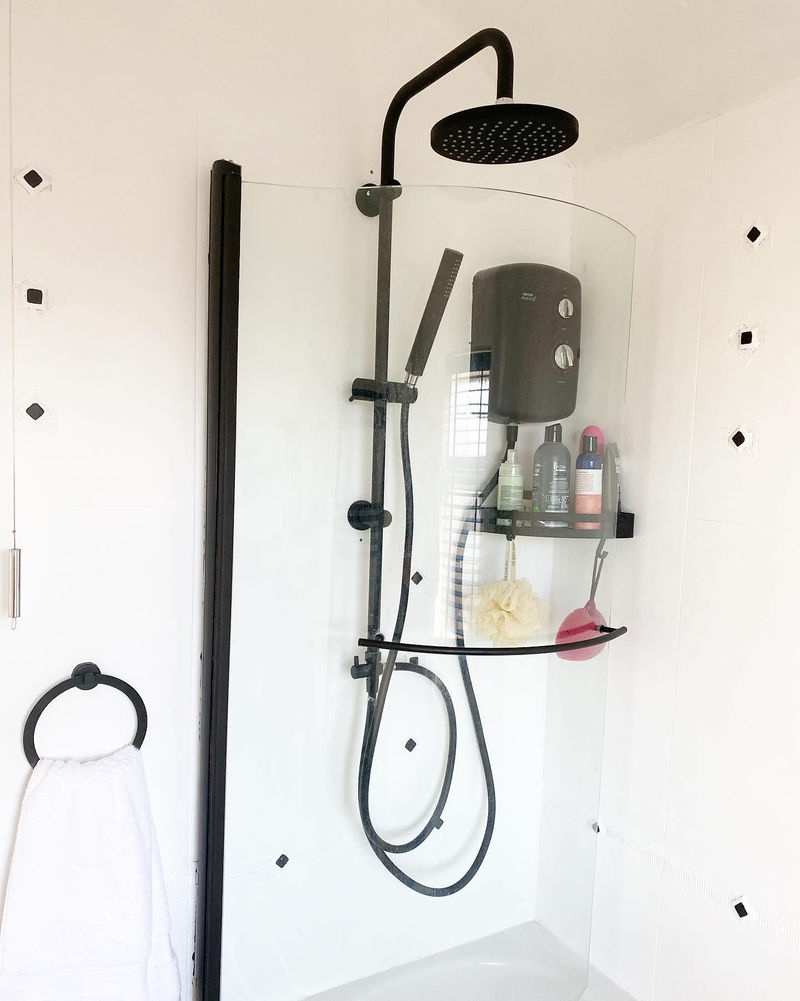 “Roughly the bathroom cost £200. That includes the new shower for £72 from ebay, stick-on tiles for £40 from Dunelm, a new sink, tap and waste for £30 and shelves for £15 from Amazon, and two more tins of Frenchic paint for £36 from my local stockist.

“I also bought blinds, a bath mat, a toilet seat, a toilet roll holder and a new towel from Argos.

"I used the Frenchic Al Fresco paint to paint the radiator, taps and shower trims as it’s made for outdoor use so it will be able to withstand the constant wetness of the bathroom as it’s just like being outside in the English weather.

"I also did my kitchen in the same paint back in January so I know how well it holds up with the kids and water.”

Emma’s new bathroom looks absolutely gorgeous, and she’s delighted with how her lockdown project ended up. 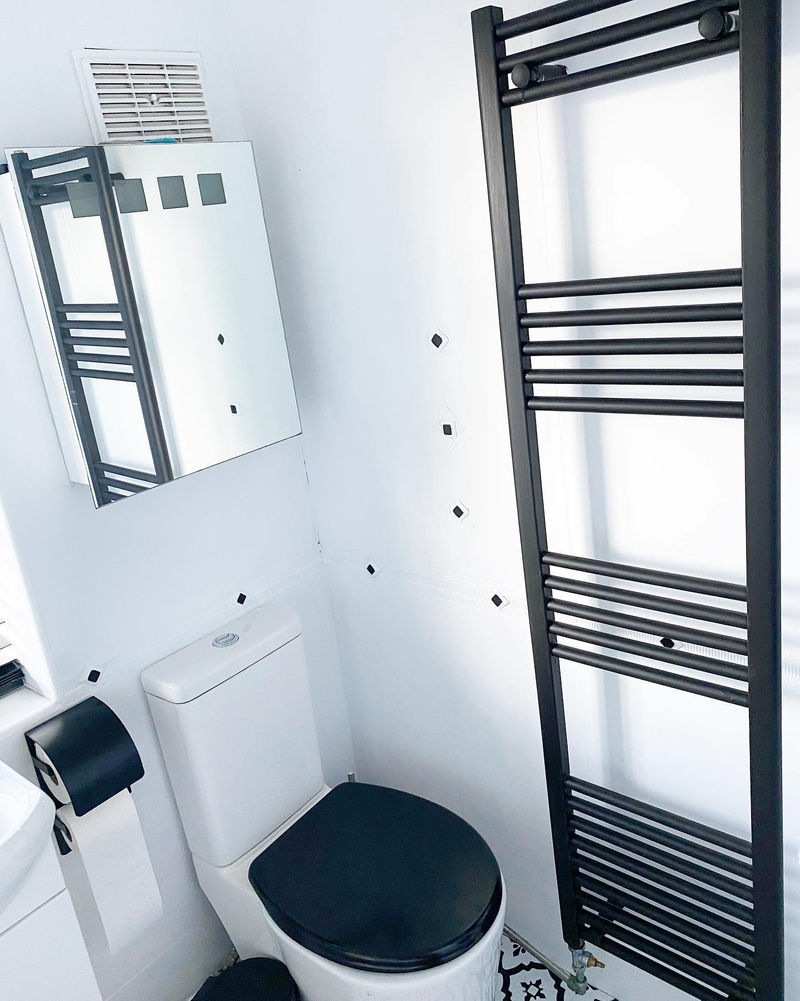 "I love it now it’s done – it's so much fresher and brighter,” she adds.

“It looks more in keeping with our house which I've done all myself including the tiling.

“My top tips would be to not do it in a heatwave, while pregnant, with children running around!

“Also, try and do as much as you can yourself. I fitted the tap, waste and shower myself and it was very easy. YouTube can teach you everything.

"I think doing this part of lockdown and nesting meant I had no distractions of going out and doing the school runs.

“The whole bathroom was done in a week around three children. I hate when you just get started and then realise the time and have to pack away before you really get going!”

Tom Church, co-founder of LatestDeals.co.uk, comments: “Anyone with a bathroom board on Pinterest will surely have loads of gorgeous images of black and white bathrooms pinned and saved.

“Bathrooms can end up costing thousands to renovate, but Emma’s amazing project is proof you can totally overhaul a space for just a couple of hundred pounds.

“Using paint and stick-on tiles is genius and far cheaper than ripping out a whole bathroom and having to re-tile!"

In other DIY news, this proud DIY fanatic has shown off the new "wing" of their house – and it only cost them a couple of quid.

And this woman turns small cupboard in her one-bed flat into a sleeping area for her stepdaughter using B&M & The Range bargains.

Plus this mum revamped her stairs into an incredible waterfall mural after her 11-year-old ruined the carpet and it only cost £21.