A MUM has been forced to defend herself after she's been shamed for "spoiling" her kids with a huge haul of presents for Christmas.

She shared pictures of her giant pile of gifts after she said she spent "four hours" hiding in the spare room to get them all wraped in time. 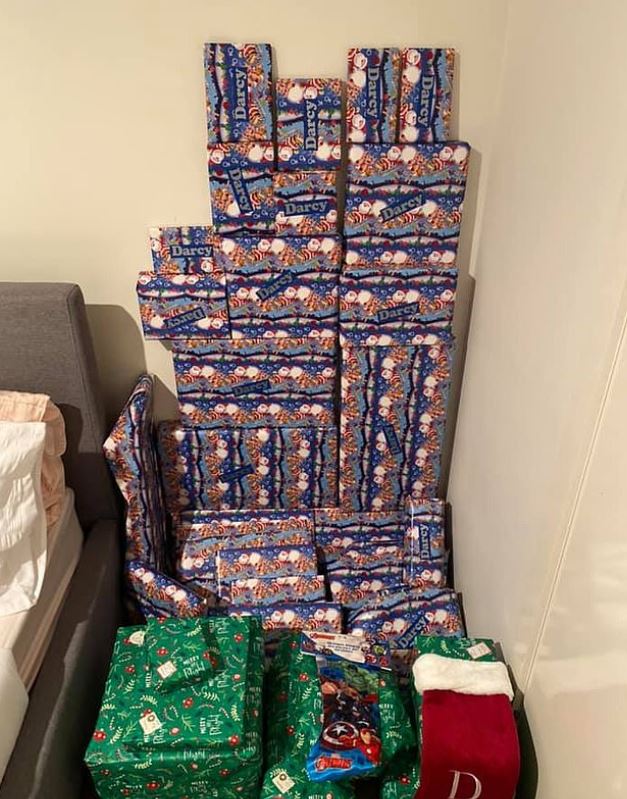 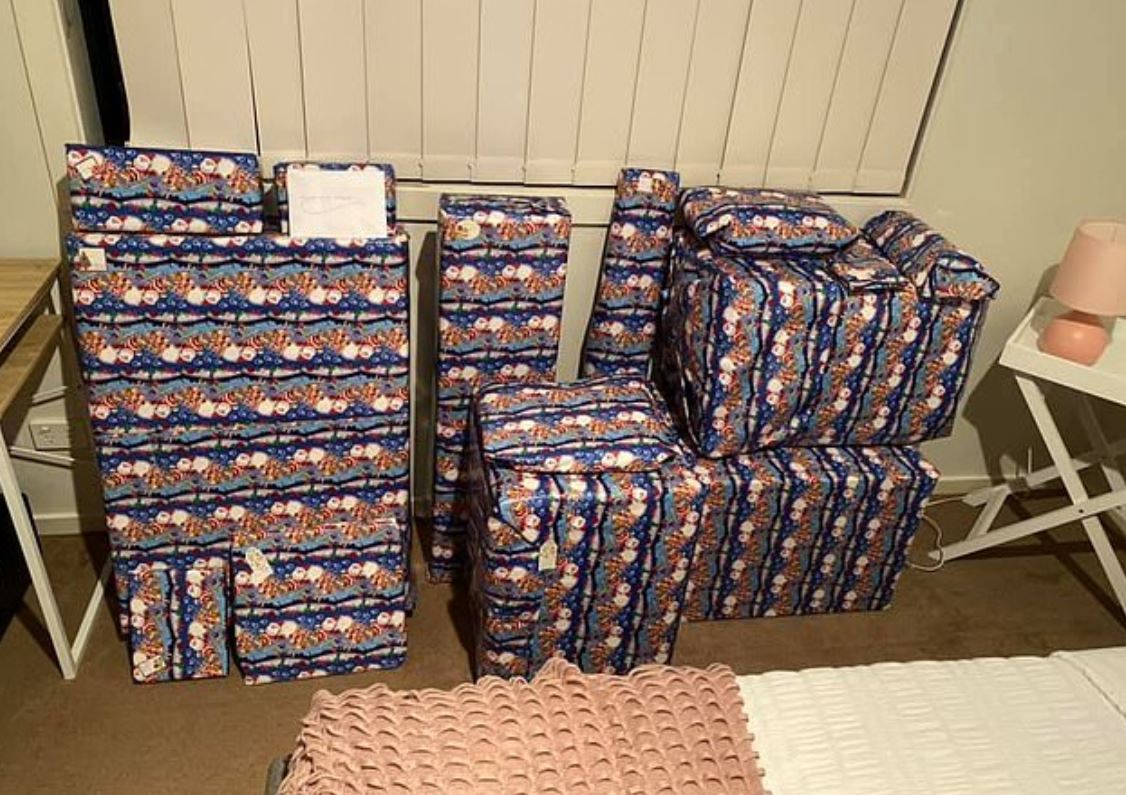 Many slammed the mum for the amount of gifts she gave but she defended herself saying she had hardly seen her adult kids and grandchildren because of the pandemic.

The woman, called Karen, wrote on Facebook: "This is four hours of my life I won't ever get back.

"Locked myself in the spare room tonight to wrap the family's Christmas presents and wasn't coming out till done!

"Aldi Christmas wrap, blue is from Santa, green from mum and dad.'

She added: "Safe to say, I'm well and truly over it, but glad it's all done. I kept about five Christmas presents I had purchased for my eight-year-old son for his ninth birthday, which is 17 days after Christmas. Saves me a trip to the shops again!"

The woman shared pictures the massive piles of gifts scattered around the room.

I for one know how quickly kids grow and I want to make the most of it while I can and keep the magic alive.

While some said the mum was "generous" and "dedicated" to spend so much time wrapping – but some criticised the number of gifts she bought.

One woman wrote: "Need to be mindful that not everyone can buy their children a lot of gifts or expensive gifts from Santa.

"In our home Santa brings a couple small presents and then the expensive presents come from hubby and I."

Others questioned how much money she spent to get that many gifts.

Karen was forced to defend herself over the comments and wrote "it seems my post has upset a few precious people".

She wrote: "To those giving me a hard time, let me give you a little background information. So hubby and I endured COVID-19 strict lockdowns, and although we were lucky and kept our jobs as essential workers, we have been seven months in and out of lockdown.

"Hubby's 40th was Easter Monday, cancelled my son's 21st in September, months of not seeing my grandchildren or our parents – it's been a s**t year like a lot of people."

She added: "These presents are for my whole family, as in everyone and not just my eight-year-old son.

"Yes, that one pile is for him and yes it's a lot from Santa, but my son loves Christmas and Santa is the bees knees to him. He goes on and on about it from October onwards, after all he is the only one who still believes and the others go along with it."

She concluded by saying: "I for one know how quickly kids grow and I want to make the most of it while I can and keep the magic alive."

Some defended the mum by saying "great job" and "I love it".