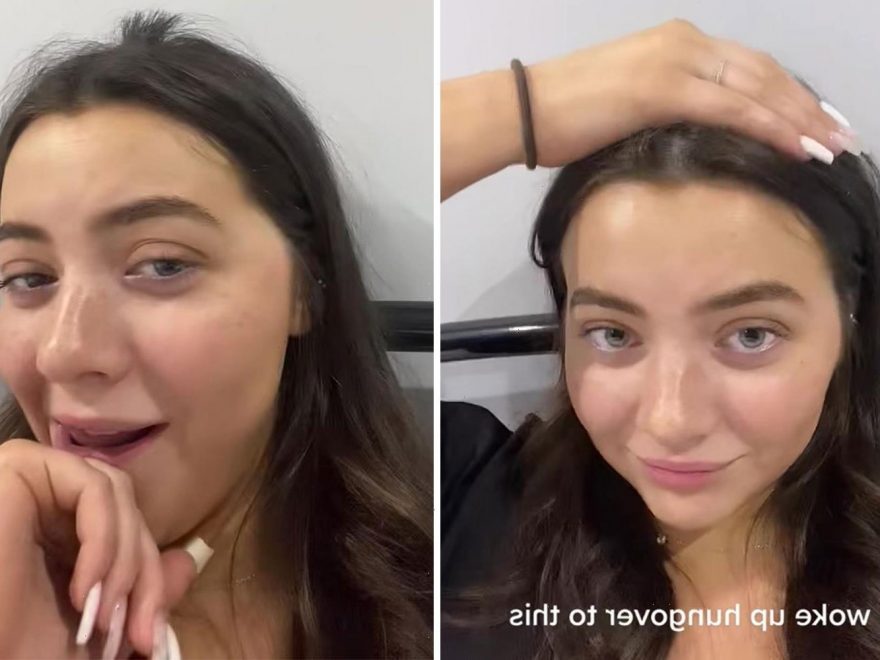 WAKING up after a heavy night out with a raging hangover is never ideal.

But to make things EVEN worse, waking up to find that you have had a serious hair disaster is not what you want when your head is banging. 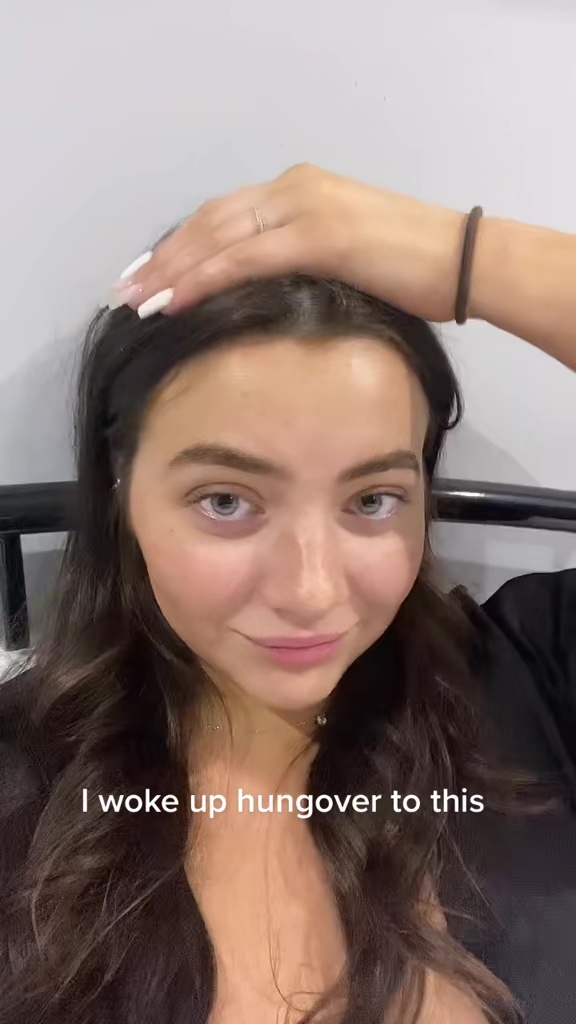 In the video, which has since received more than 232,000 views, Kirsten reveals how she woke up hungover to find that her hair extension had snapped off at the root.

Kirsten said: “I woke up hungover to this.

The video shows the tuft of hair that has been left behind and the snapped off hair extension with chewing gum stuck to the root.

However, in the comments, Kirsten revealed that a piece of chewing gum had in fact got stuck in her hair and she had drunkenly tried to remove it, but ended up cutting out her hair.

Kirsten said: “Sadly drunk me got hold of my nail scissors.”

Unfortunately for Kirsten, the breakage happened right in the middle of her head where her crown starts, leaving behind a tuft of cut hair.

Fellow beauty fans were left in hysterics over Kisten's blunder.

One commented: "I’ve watched this 4 times and laughed harder each time.”

Another responded: “Babe I’m sorry on your behalf but that little tuft had me rolling.”

A third user replied: “This is the funniest thing.”

A third replied: “I did the same thing the other week, it takes so long to grow back.”

Some viewers commented their useful tips for removing chewing gum from hair, to which Kirsten said it’s “too late now.”

One person said: “Oil can get chewing gum out of your hair!”

Another added: “Oil or conditioner to take it out.”

If you ever find yourself with chewing gum in your hair, don’t do a Kirsten and cut it out, quickly grab yourself some oil or conditioner. 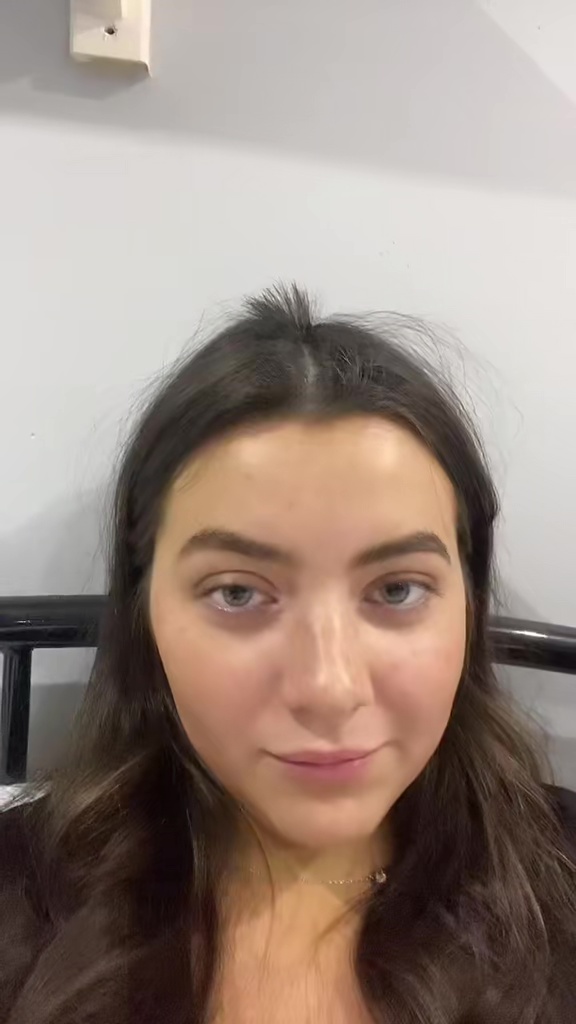 Meanwhile, a beauty fan is left mortified when her hair SNAPS off after bleaching it at home.

Plus, a beauty therapist apparently CUTS OFF woman’s eyelashes after her card payment fails – then dubs her ‘worst ever client’.