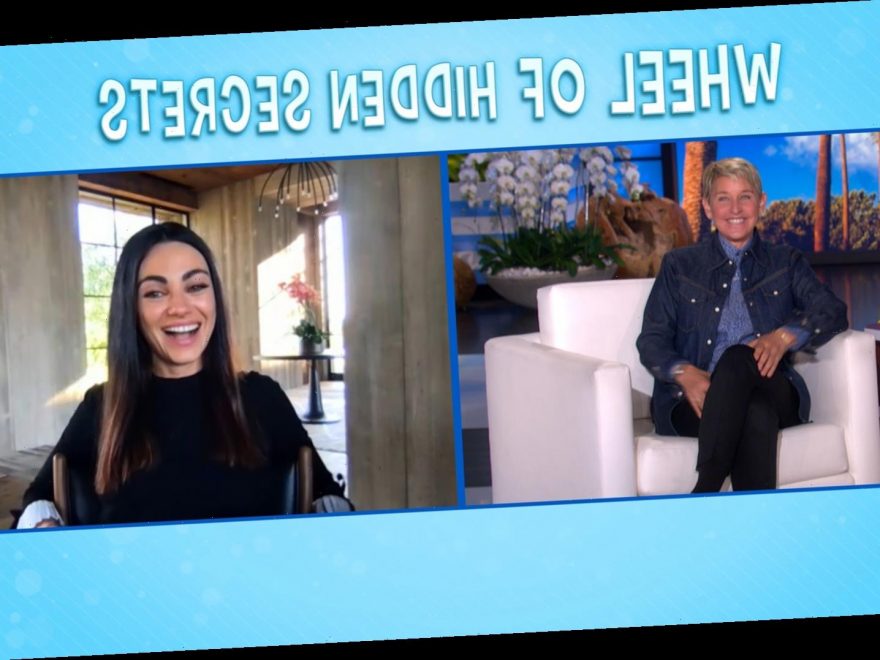 Mila Kunis is showing off her quarantine fashion.

While playing a game of "Wheel of Hidden Secrets" on the talk show, Kunis was asked to show off her best dance moves, to which she revealed, "I'm wearing gym shorts."

Pursued by DeGeneres, 63, to show off the active apparel she was wearing, Kunis then stood up from her chair, revealing the black gym shorts she had on with her black long-sleeved top.

"That's so funny," DeGeneres shared with a laugh. "You look so dressed up from the top, it's hilarious." Amid the ongoing COVID-19 pandemic, many stars have been caught going casual — or even pantless — while appearing from home in various virtual segments.

A local film critic posted a screenshot of the segment on Twitter just minutes after it aired with the caption, "Hey put some pants on my guy," which caused Reeve, 28, to reply to the viral tweet, writing, "They're shorts I promise 🤦🏻‍♂️"

That same month, Andy Cohen also took part in going casual below the waist while hosting the Real Housewives of Atlanta season 12 reunion.

The Bravo host, 52, captioned a photo of himself posing in his closet while dressed in a blue shirt, stripped tie, matching blazer and boxer shorts, "It's #RHOA Reunion day and I'm celebrating by not wearing pants!"

He also called the look one of the "#SilverLinings" to the pandemic, noting in the hashtag that this was the "#NewNormal."

Later in her Ellen appearance, Kunis opened up about life at home in quarantine with her two children, daughter Wyatt Isabelle, 6, and son Dimitri Portwood, 4.

The actress joked to DeGeneres that her kids have a way of seeking her and husband Ashton Kutcher out in lockdown no matter what.

"I love my kids very much, we both do, but they're like dogs: they can sniff you out!" she said. "They know your smell, they know what room you're hiding in — you can't get away from them. You just can't. They're just there."

Kunis also recalled agreeing to do a Cheetos Super Bowl commercial with Kutcher, 43, in order to get a mini "vacation" from parenting.

During Sunday's big game broadcast, the couple's silly Cheetos ad debuted, featuring Kunis caught orange-handed sneaking into his bag of Cheetos behind her husband's back. Kutcher then sings a comedic version of "It Wasn't Me" along with Shaggy.

"In the peak of the pandemic, it made no sense logically, it may have been like the worst … we were so quarantined, as you know, but I was also dying to get out of the house," Kunis told DeGeneres. "I was literally like, 'I don't care, I need to get out of this house!' I looked at it as a two-day vacation."