Melania Trump looked pretty in a white dress at the White House today.

The light coloured gown complemented her tanned legs and arms, and had pretty appliqué detail.

On her feet the First Lady wore a pair of patent nude heels.

She walked hand in hand with her husband Donald Trump into the White House.

The President wore a black suit with a white shirt and a blue and pink striped tie.

Hosting the mothers of military service members in the U.S. armed forces, the presidential couple opened their home today.

An important day in the US calendar, a presidential proclamation decreed the day is to express “deep appreciation for all that they do.”

Yesterday Melania met with representatives from Microsoft as part of her Be Best campaign.

She tweeted: “A productive meeting today with Microsoft’s President @BradSmi.

“#BeBest will continue the discussion about online safety for our children! @MSFTIssues @Microsoft.” 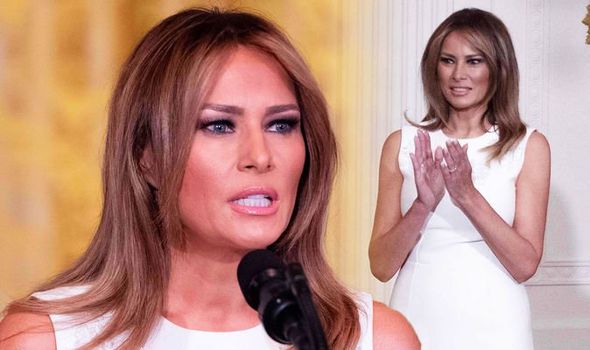 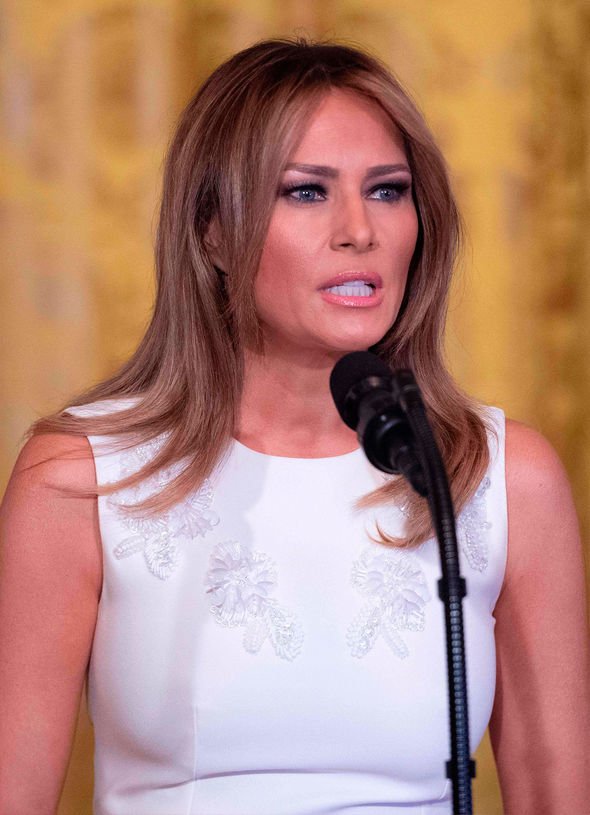 In recent news, Melania Trump was discussed by Stormy Daniels at an event in New York.

Stormy Daniels, 40, whose real name is Stephanie Clifford, claimed that she had an affair with Trump in 2006, just a year after he married Melania, something Donald has always denied.

She told an audience during ‘An Intimate Evening with Stormy Daniels’ at Stand Up NY: “I’ll apologise to Melania when she apologises to the country.”

The summery look had a tea-length cut, and featured floral detailing amid sheer fabric. 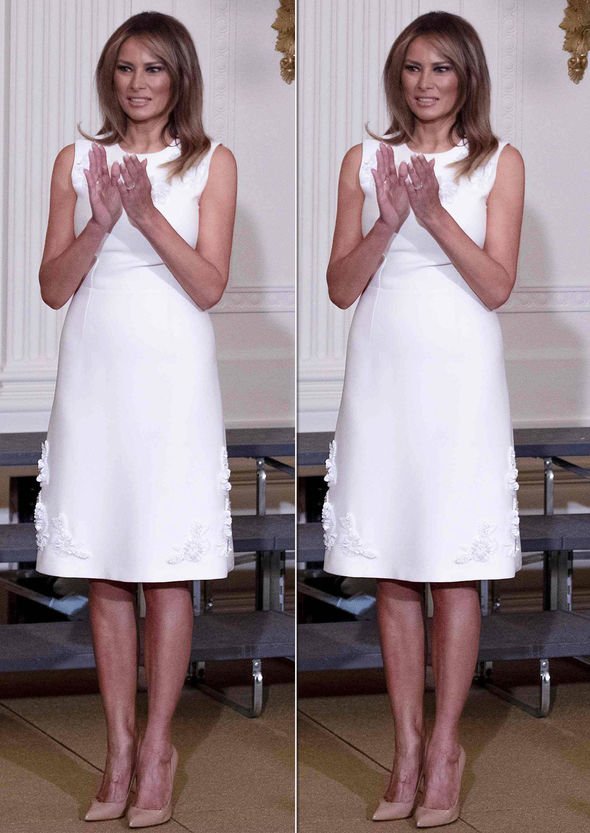 Mum-of-one Melania can speak more languages than any other First Lady before her: English, French, German, Italian, Serbian and of course her mother tongue, Slovenian.

This also makes her the only First Lady whose first language is not English.

After Jacqueline Kennedy, Melania is the second First Lady who is a practising Catholic.

She met Pope Francis as part of a foreign tour with her husband and stepdaughter Ivanka last year.

Her skills aren’t confined to print, and she appeared in a commercial for Aflac, an American insurance company, in 2005.

Melania’s parents are Amalija Knavs and Viktor Knavs, and the couple live together in Washington.

She has one sister, Ines, who is reported to live in New York and work as an artist.

On May 7 2018, Melania launched her flagship campaign as First Lady, BE BEST, which The White House describes as “an awareness campaign focused entirely around the well-being of children”.

There are three main strands to the initiative: well-being, social media, and opioid abuse.