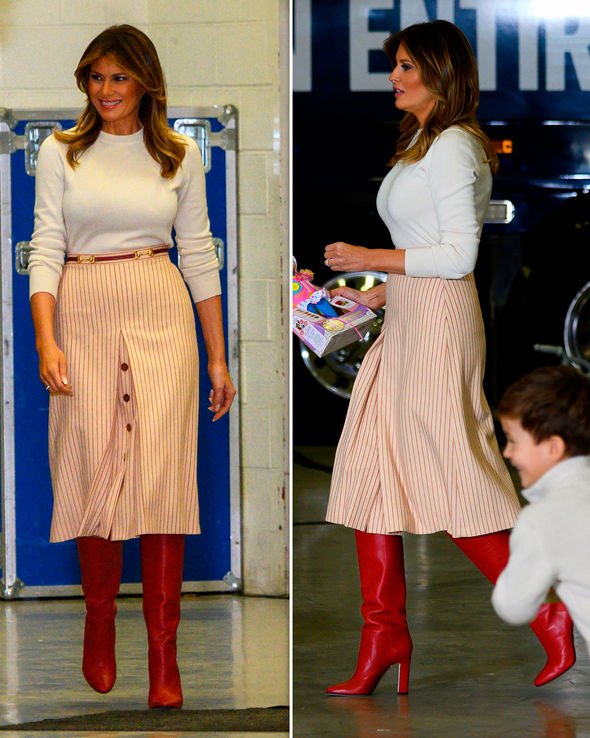 Melania Trump turned heads in a festive ensemble at the annual Marine event which she attended without the US President, Donald Trump, 73. She opted for a candy striped skirt from Gucci as she handed out presents to children. The look was completed with a pair of eye-catching red leather knee high boots.

Melania shared a selection of pictures on Instagram which showed her handing out gifts and speaking to children at the event.

She captioned the post: “For nearly seven decades @toys_for_tots_organization and the @marines have been dedicated to ensuring that all children have a toy under the #Christmas tree.

“Today I was joined by military families to support this effort and spread holiday cheer within our community!”

Getting into the Christmas spirit, Melania wore a striped red and cream midi skirt from Gucci, costing $1,980 or around £1504. 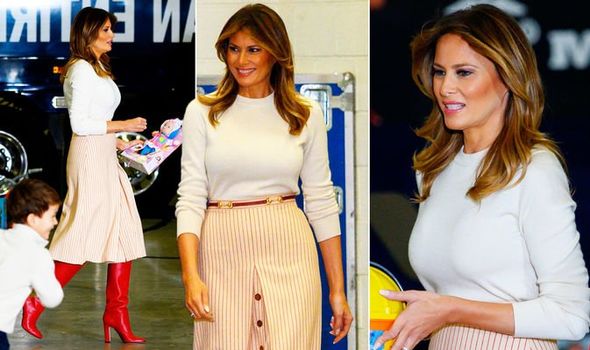 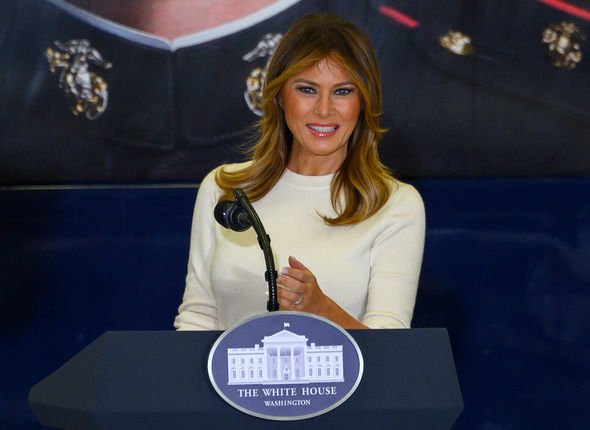 The high-waisted garment pulled her in at the waist before continuing down cutting off just below her knee.

It had unique slit detailing down the front which revealed four red buttons with the letter ‘G’ written on them.

She was pulled in at the waist by a thin red leather belt with two gold buckles.

Melania completed the wintery look by wearing a thin cream jumper which was tucked into the skirt.

The jumper had a circular neckline and long sleeves which she had rolled up.

She attracted attention with a pair of eye-catching red knee high boots which had chunky high heel.

At the event, the mum-of-one was spotted handing out presents and playing games with a group of children.

Melania also gave away gym bags which had “Be Best” written on them in reference to the First Lady’s campaign that focuses on some of the major issues facing children today. 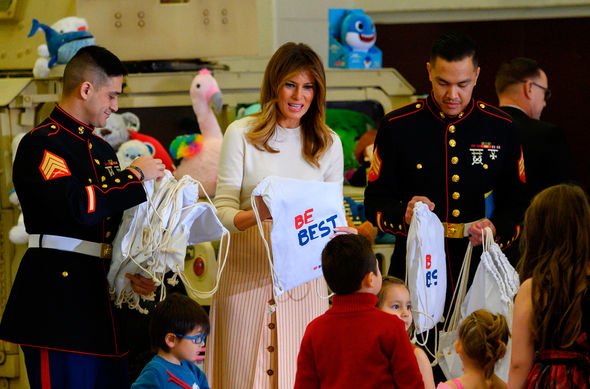 The former model appeared at the event without her husband, Donald, and she took to the stage to make a speech.

She opted for glamorous make-up with black eyeshadow and lashings of mascara.

The make-up look was completed with a hot pink lipgloss and slick of bronzer.

Melania wore her light brown locks down and styled into a side pattern and a bouncy blow-dry. 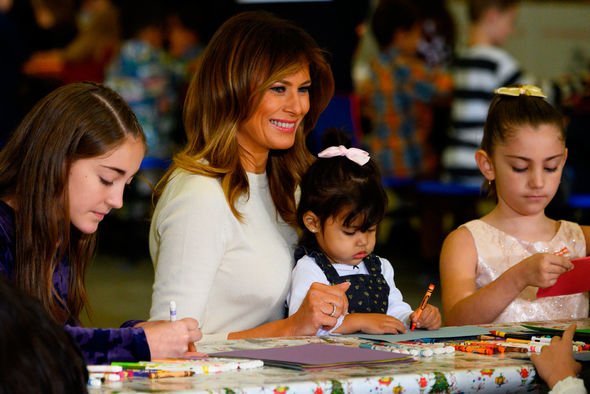 When she steps out, the First Lady will usually wear stunning pieces from her extensive wardrobe.

The Burberry trench coat pulled her in at the waist with a chunky belt and had two rows of buttons down the front.