MEGHAN Markle has said “it's an honour to continue Queen's legacy” after Harry said “wrongs of the Commonwealth must be righted”, during a new video call.

The Duke, 35, and Duchess of Sussex, 39, spoke with young leaders from the Queen's Commonwealth Trust about how social media can be a “force for good”. 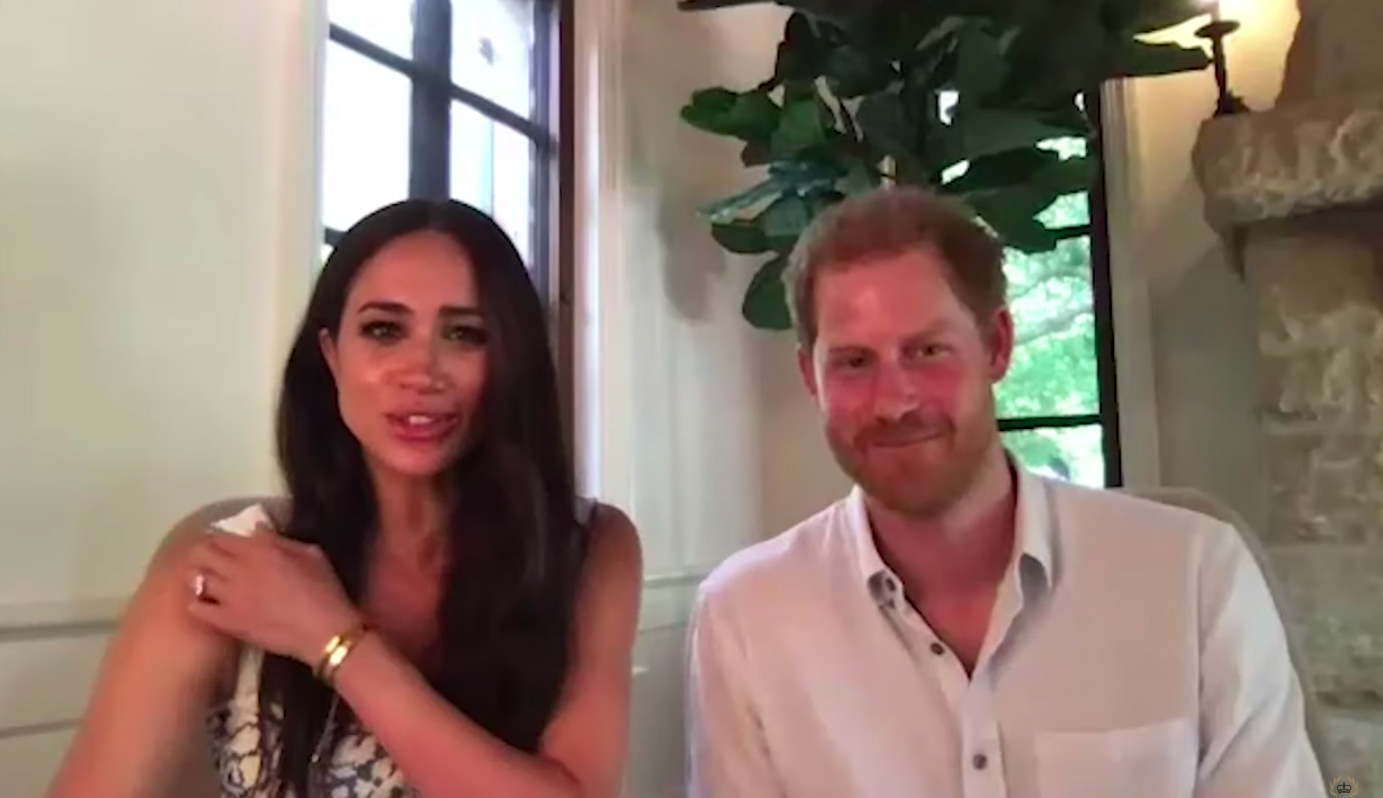 The discussion took place on Monday, with the couple speaking from their new £11million mansion in Santa Barbara, California.

In their last conversation with the Commonwealth Trust in July, the couple faced criticism for appearing to attack the British Empire, by saying the history “must be acknowledged”, even if it's “uncomfortable”.

In their chat, which aired today on the QCT YouTube channel, Meghan spoke of her “incredible” pride at being able to work with the charitable organisation.

They also spoke adoringly of their "grandmother" the Queen, 94, just weeks after any tension with the royal family was revealed in explosive biography Finding Freedom. 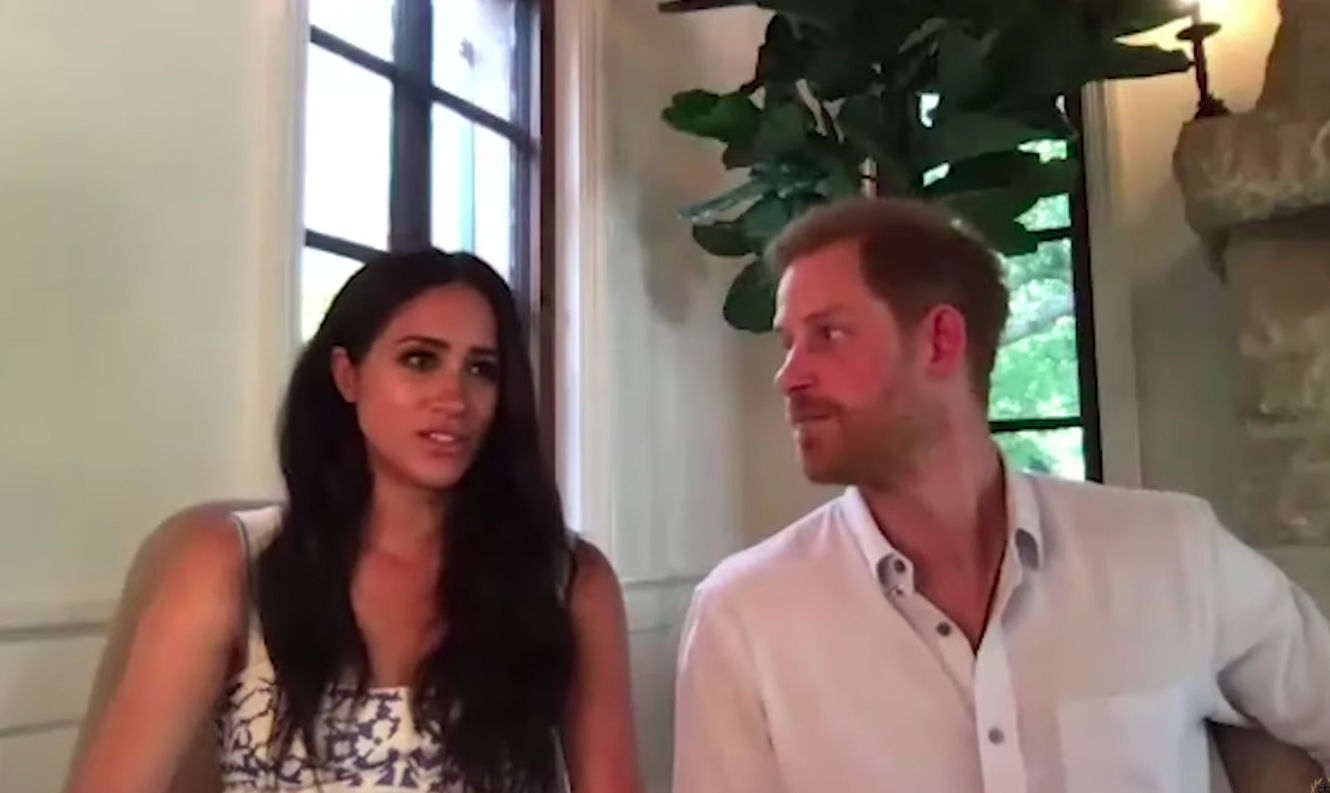 Harry said during the dicsussion that it is important to not come “to the table with a problem without a solution”.

Harry said: “Solutions are the most important thing, I learned in the Army, don’t come to the table with a problem unless you’ve got a solution.”

He added that the Queen has achieved everything she wanted to when she took on the “huge responsibility” of the Commonwealth.

He said: “No one could have predicted how the world was going to change in such a short space of time, especially with the digital space but, hearing you guys, knowing the broad spectrum that the QCT engulfs, you guys are the definition of the 21st century Commonwealth and what it means to be part of it.

“You are there standing for equality and mutual respect and fairness, and I think that is something that every single one of you should be very proud of.” 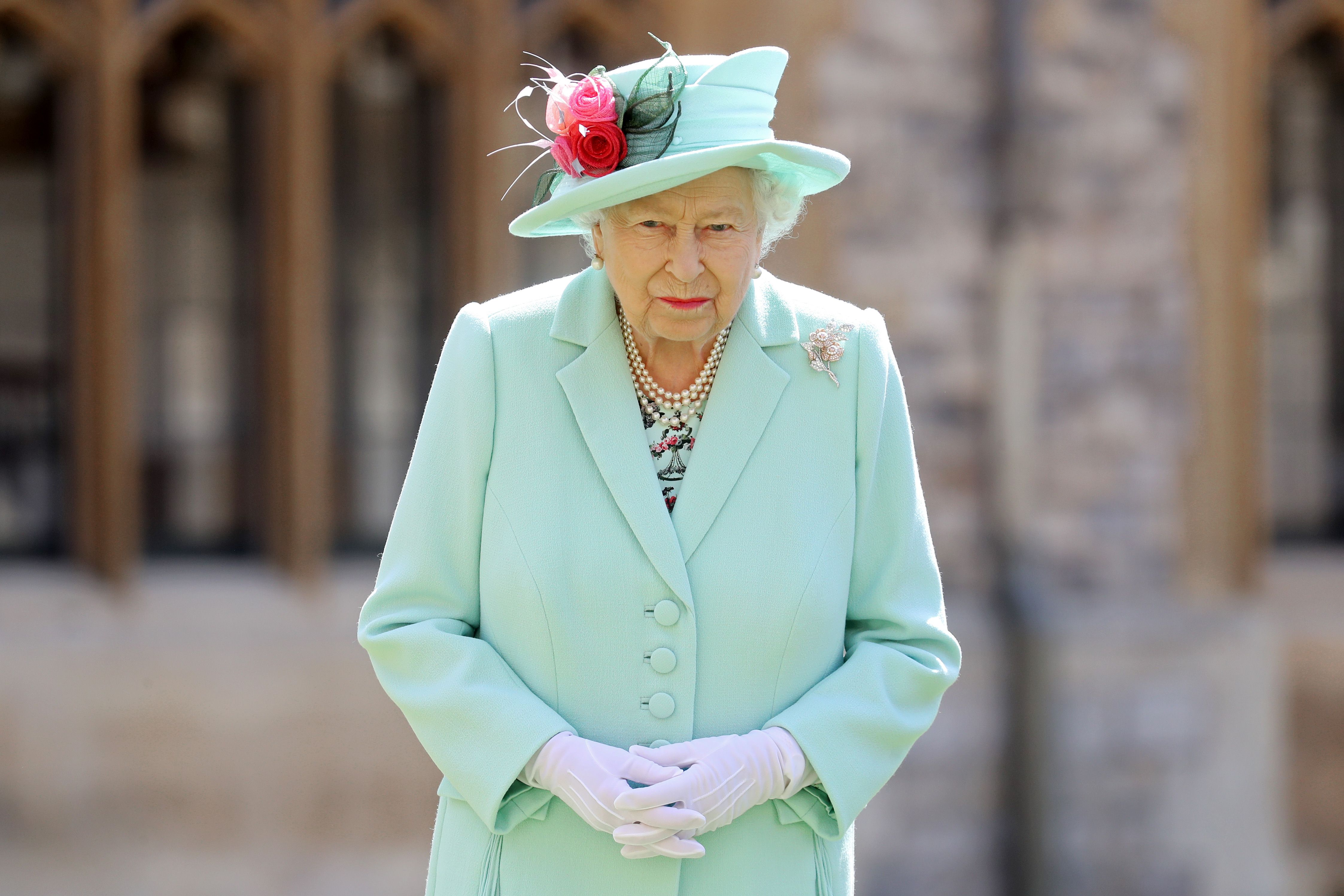 Meghan added: “I think from my standpoint, being newer to the world of the Commonwealth, I lived in Canada for several years but it wasn’t until joining the family that I was able to meet so many young people throughout the Commonwealth.

“They came with a question, they always offered a solution, and that’s what I think is so inspiring and why I’m incredibly proud to be able to work with the QCT, but why it’s the continuation of the legacy of your grandmother.”

The Queen is the head of the 54 Commonwealth nations, and in 2018 Prince Charles was announced as the successor. 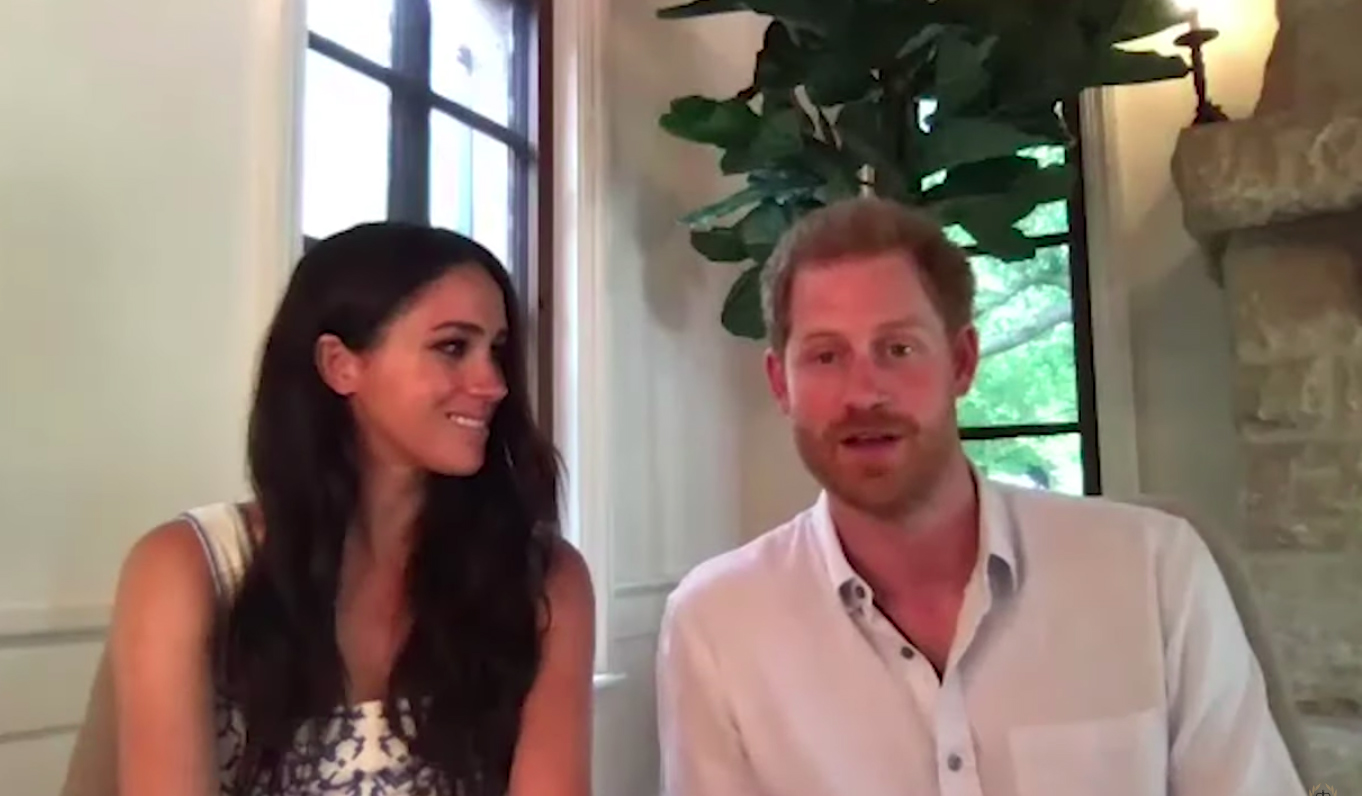 In his previous comments about the Commonwealth, Prince Harry said: "There is no turning back now.

"When you look across the Commonwealth, there is no way that we can move forward unless we acknowledge the past.

"So many people have done such an incredible job of acknowledging the past and trying to right those wrongs, but I think we all acknowledge there is so much more still to do. 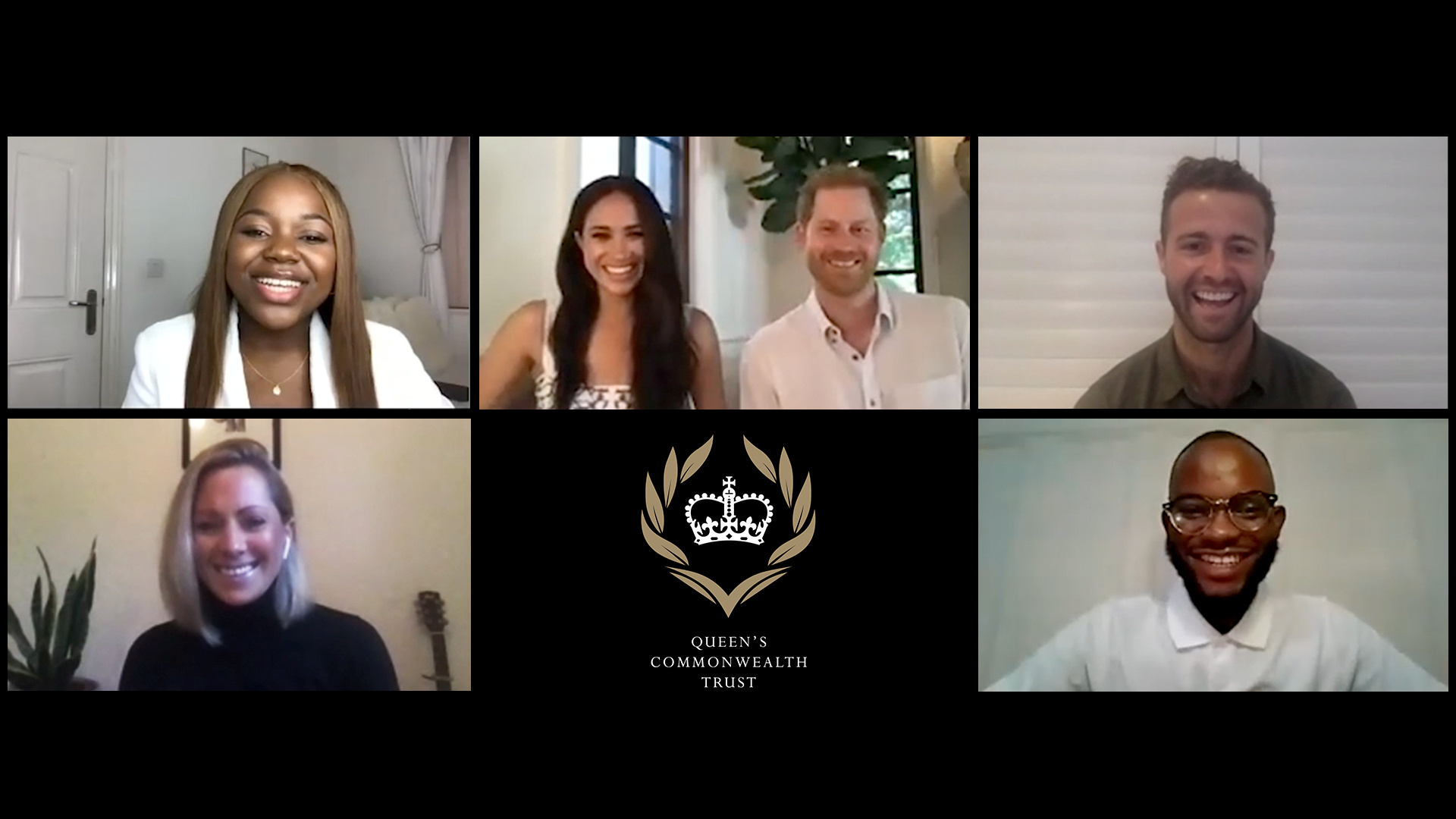 The couple also discussed mental health during the chat, with the duchess saying: “Everyone’s mental and emotional wellbeing are perhaps more fragile than ever before, certainly with covid and our dependability on devices right now in the absence of human interaction.

“People are going online more than ever before to feel community.”

Meanwhile Harry said he wanted to address toxic masculinity and show how being vulnerable online can help shape new narratives of manhood.

He said: “What we’re trying to do is expose them to cool people they want to be like who have range in their identity.

“To show they can be strong and stoic, but the next day they can shed a tear, they can be emotional… They don’t lose any of their masculinity doing that, but they do gain more of their humanity.

“If we are all able to show our vulnerability that doesn’t mean that you’re weak.

“If anything, I believe, that’s probably showing most of your strength.”

The couple ended the call by joking they are “too old” to be considered young people, with Harry joking: “This is the world that you guys are going to inherit, I’m saying you guys because I’m predicting most of you are in your late twenties…”, and Meghan added: “And Archie.”

Harry concluded the discussion saying: “It's on all of us collectively to make the world a better place – and we are.” 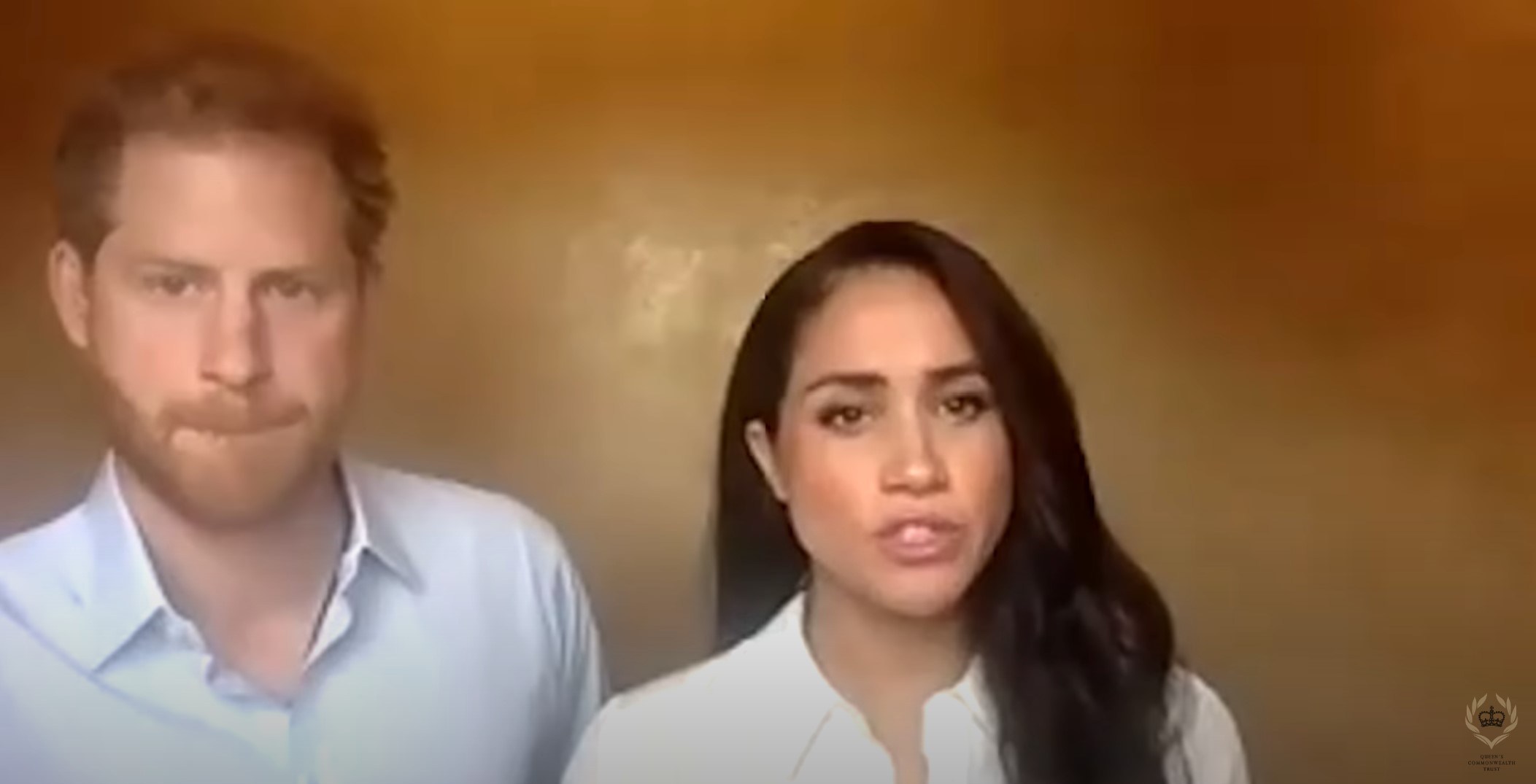 Today’s video call was chaired by Chief executive of QCT, Nicola Brentnall, and also present on the call was Brighton Kaoma – founder of Agents of Change Foundation in Zambia – Hunter Johnson, founder of The Man Cave in Australia, Rosie Thomas, co-founder of Project Rockit in Australia, and, Vee Kativhu, Study and Empowerment YouTuber and founder of 'Empowered by Vee'.

This call was the latest video discussion held by the couple with charitable organisations since they stepped back from the royal family in March and moved to the US.

Tonight, Meghan will join Michelle Obama’s virtual summit to encourage voting participation, When We All Vote.

We previously shared how Meghan and Harry are ‘pitching top secret project to Hollywood executives’.