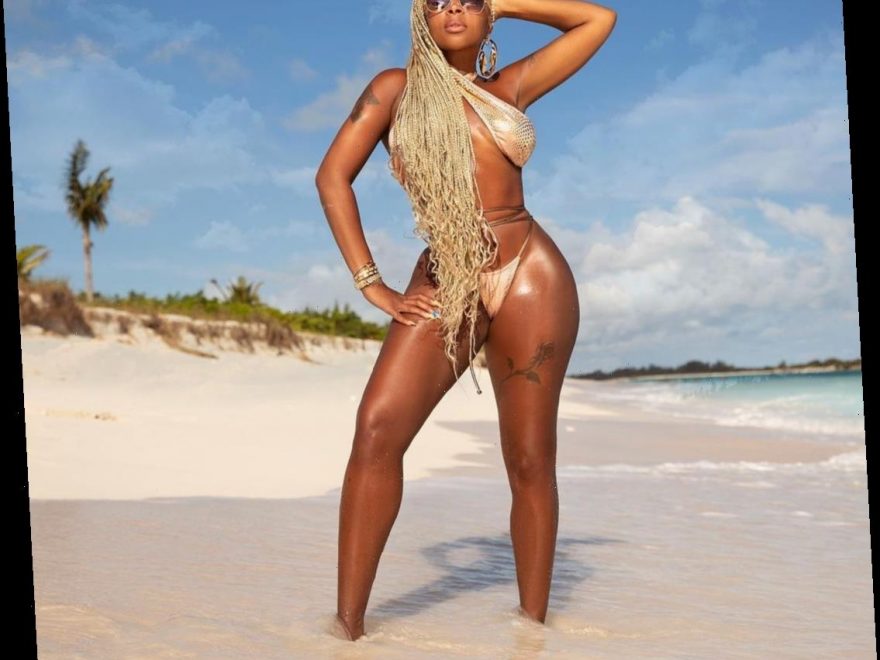 On Monday, as the superstar rang in her 50th birthday, the "Be Without You" crooner shared a selection of snapshots from a beach vacation in honor of her milestone birthday.

Donning a gold snakeskin halter bikini for the series of photographs, Blige accessorized her high-shine look with a pair of tinted sunglasses and an array of gold jewelry. The Grammy award-winning singer also showed off her toned physique and blonde braids in the two pics.

"Tough love is the therapy! #MaryJFly," Blige wrote as she struck a pose in her first photograph, adding "#WhereTheMoneyReside" in the caption of her follow-up post.

In the comments section, a slew of Blige's fans sent the singer well wishes on her birthday. "50 years young😩❤️," one user wrote on the first as another added, "Wow. 😍 50 never looked so good!" on the other.

Last month, while chatting with Taraji P. Henson for an episode of her Facebook Watch show, Peace of Mind with Taraji, Blige opened up about her life and spending the holidays as a single woman following her contentious divorce from ex-husband, Kendu Isaacs, which was finalized in 2018.

"It gets lonely and it gets sad, but I just gotta thug this out until something excellent comes along," Blige told Henson, also 50, during their empowering conversation. "I don't know when that's gonna happen. But, I'd rather be myself than to keep making the same mistakes over and over again. I'm going to be patient and sift through this thing and love on me right now."

"I hear you girl! Yes, that's right!" the talk show host said with a smile. Henson currently shares a similar experience with Blige — she revealed in October that she and her now-ex fiancé Kelvin Hayden had ended their engagement.

But, despite a tumultuous couple of years, Blige previously told PEOPLE that she "learned to be happy with just Mary, just enjoying my own company, me by myself most of the time. I'm grateful."

"I'm very content, and I'm happy with myself," she added.