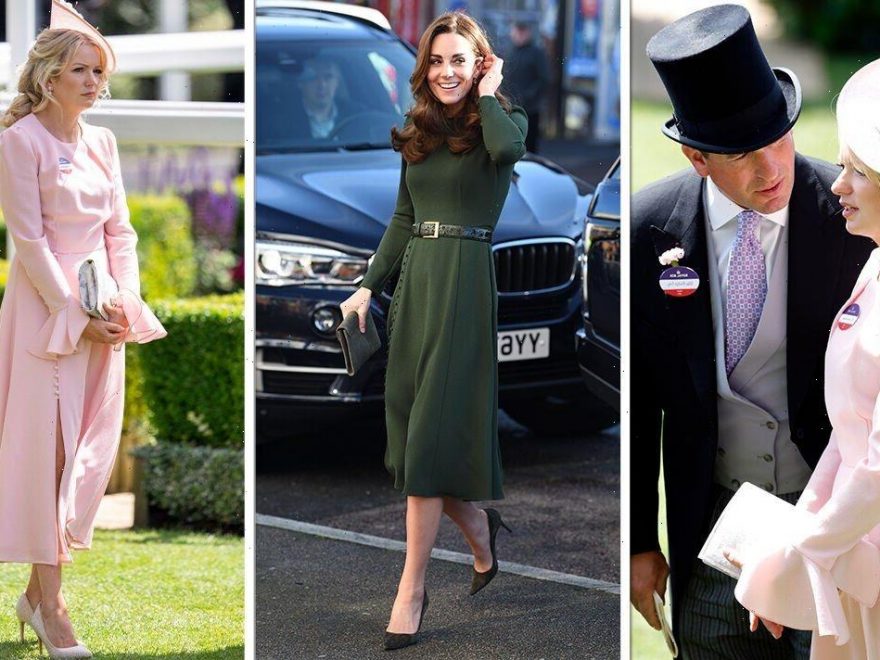 Lindsay Wallace is the daughter of an oil tycoon and a childhood friend of Zara Tindall’s. The socialite is now in a relationship with Zara’s brother, Peter, and even shared a carriage with him as they arrived at Royal Ascot last week.

On the fourth day of the races, on Friday, June 17, Lindsay was seen wearing a soft pink dress with a matching hat.

The dress had long sleeves that were slightly frilled at the cuffs and featured a round neckline.

It was made of a silk material and reached Lindsay’s shins.

The dress was cinched in at the waist and featured a subtle slit at the left thigh. 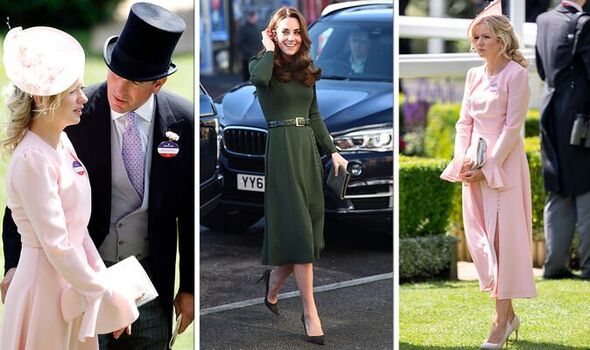 The garment is called the “Yahvi” dress in “blush pink” from British-based fashion brand Beulah London.

Interestingly, this dress is popular among royal circles and two well-known royal women own a version each: Kate Middleton and Crown Princess Mary of Denmark.

However, the royals’ versions are slightly different to Lindsay’s.

Kate owns the same dress but in dark green and without the frills around the sleeve cuffs.

It seemed Kate had altered the dress so that it didn’t feature the slightly bell sleeves.

The Duchess wore the dress on January 22, 2019, to visit Family Action, a charity that supports disadvantaged children in Lewisham, south London.

She accessorised the dress with a wide snakeskin belt and carried a small suede clutch bag. 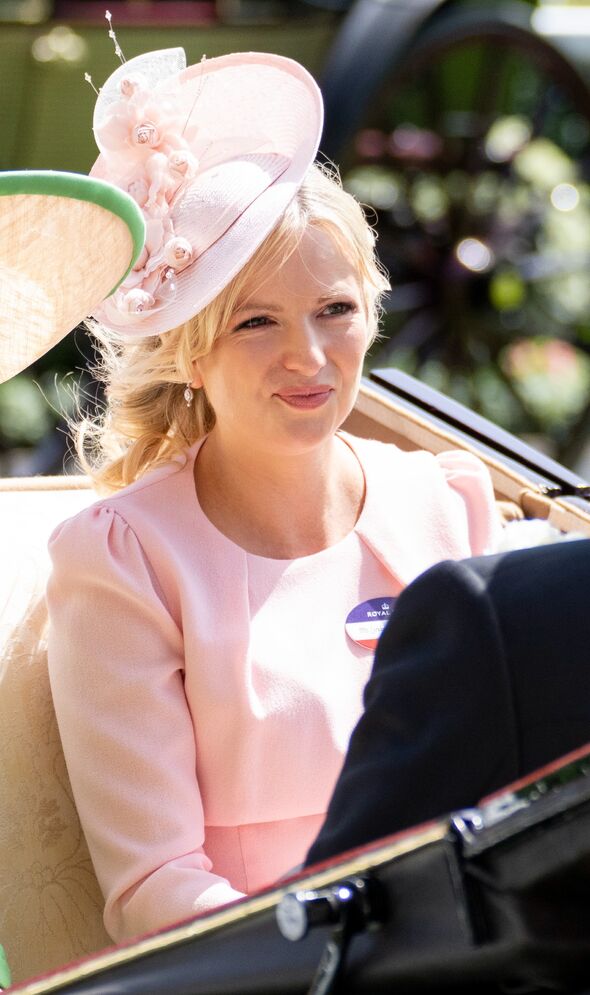 A dress from Beulah London was a fitting choice for Kate as its co-founders Natasha Rufus Isaacs and Lavinia Brennan launched the brand in 2009 “to create positive change”.

The brand describes itself on its website as “an ethical luxury womenswear brand with a social mandate: to empower women through the development of skilled craft techniques and sustainable employment in order to break the cycle of poverty”.

The 50-year-old wore the dress but in red in November 2019 to a concert and receptions at the Palace of Culture and Science in Warsaw.

The concert was organised by the Danish Cultural Institute and aimed to illustrate the artistic synergies that exist between Denmark and Poland.

Mary’s dress was red and velvet, making it different once again to Kate and Lindsay’s dress.

Unlike Kate, Mary had not altered the dress and the sleeves remained frilled.

User @gatorgrad03 wrote: “She is stunning and again…THE SHOES! These ladies are killing me this week!”

User @marshav14 commented: “She is beautiful and I wish them well.”

User @DeniseP46261171 added: “I think she looks beautiful. I prefer the dress on Lindsey than on the model.”(sic)