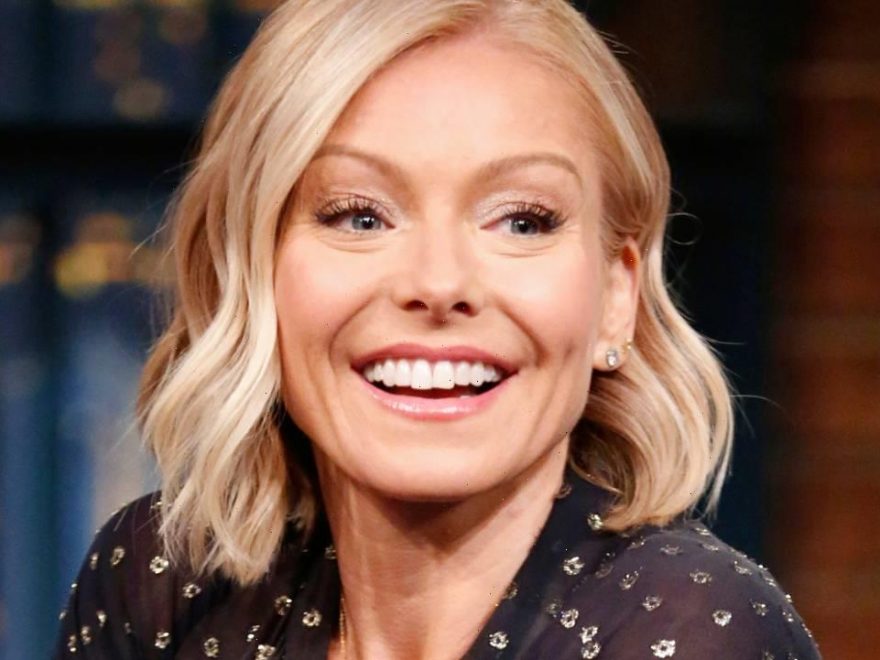 Kelly Ripa never puts a foot wrong when it comes to fashion and reminded her followers of one of her most stylish red carpet looks this week.

MORE: Kelly Ripa’s son opens up about surprising relationship with his parents

The Live with Kelly and Ryan star took to Instagram to share an unearthed photo of herself and husband Mark Consuelos on the red carpet back in 2012.

The former All My Children star looked fantastic dressed in a strapless monochrome gown featuring a patterned skirt, which she teamed with a metallic clutch.

MORE: Kelly Ripa’s foyer at her New York townhouse will give you the chills

MORE: Kelly Ripa’s strict rule with daughter Lola revealed – and it might surprise you

Fans were quick to comment on the photo, with one writing: “Stunners!” while another wrote: “The beautiful people award goes to these two.” A third added: “Good looking couple.”

Kelly and Mark often share snippets of their lives on social media, from appearances at high-profile events to their family life at home in New York.

The couple live in a beautiful townhouse in the Upper East Side of Manhattan, and also have several vacation homes, including a beachside property in The Hamptons.

The pair recently became empty nesters after their youngest son Joaquin was the last of their children to leave home.

Joaquin left New York to attend the University of Michigan, becoming the first of the couple’s children to move states.

The Live star has a fabulous sense of style

While Kelly and Mark miss having their children at home, they recently reunited for Thanksgiving, and with Christmas around the corner, they won’t have long to wait to see each other again.

Kelly and Mark are one of the entertainment industry’s favourite couple’s having first met on the set of All My Children in the nineties.

The couple tied the knot in 1997 after eloping to Las Vegas a year after dating. Kelly revealed on her morning show, Live with Kelly & Ryan, back in 2018 that her then-boyfriend proposed over pizza and wine at his apartment.

Kelly and Mark Consuelos with their three children

She responded: “Ask me when you’re serious.” Mark apparently replied: “I am serious. Let’s go to Vegas tomorrow and get married.”

While the pair are busy with their own respective careers, with Kelly hosting Live with Kelly and Ryan alongside Ryan Seacrest every weekday, and Mark acting in Riverdale, they also have their own production company together, Milojo Productions, which is named after the first two letters of their three children, Michael, Lola and Joaquin.