Kate Middleton looked overjoyed as her and Prince William spent time with their little ones at the RHS Chelsea Flower Show in photos released yesterday. The snaps provide a sneak peek at her “Back to Nature” garden, which aims to encourage more children to spend time outdoors. The garden has been co-designed by Adam White and Andree Davies, as well as the Royal Horticultural Society.

For the outing, Kate opted for a very fitting floral maxi dress.

The ruffled item appears to be by a brand she doesn’t seem to have worn before: & Other Stories.

The Floral Ruffled Maxi Dress is now sold-out, but cost £79.

The garment is also available in a shorter style, with the mini dress version costing £49.

Kate teamed the look with a pair of brown suede wedges.

According to style bloggers, these are the Castaner ‘Carina’ espadrille wedges. 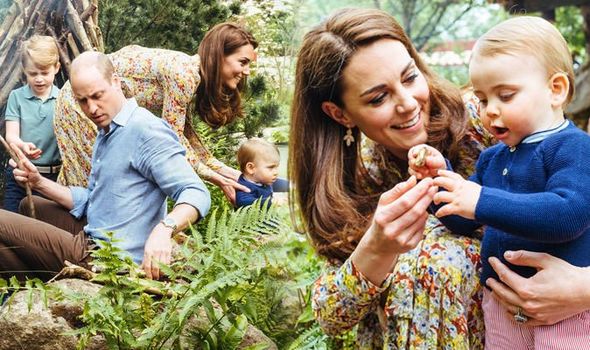 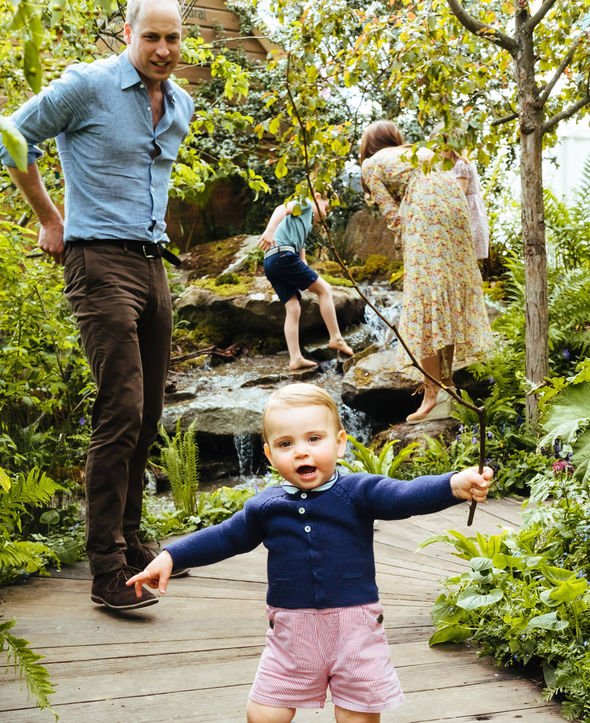 And, while the royal may be very familiar indeed with wearing diamonds, it’s believed that these pink gems are sold for a very affordable price.

It’s thought that she wore the Polly Petal Drop earrings, which are for sale at Accessorize.

They cost £8, and were also available at Next – although the website says they are currently out of stock. 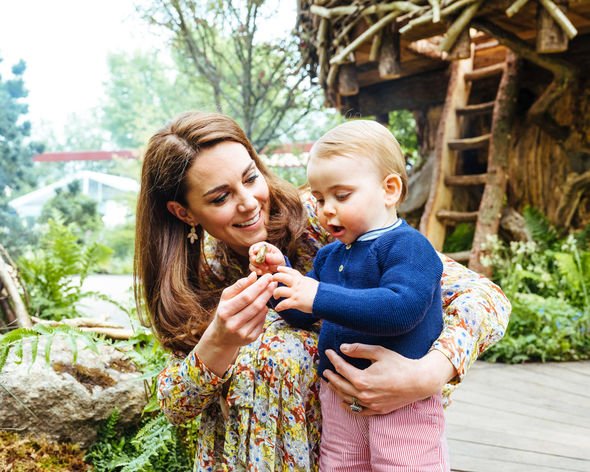 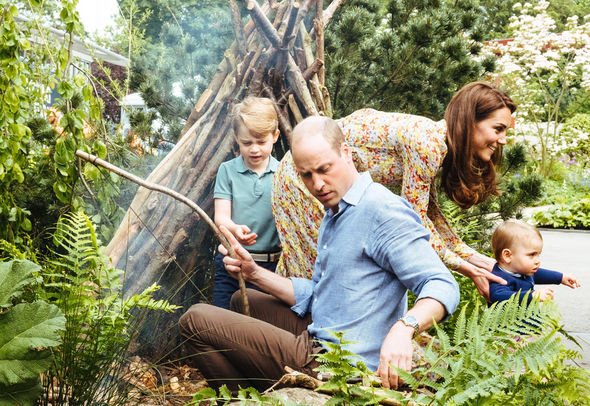 The pictures were taken by Matt Porteous, who has photographed the royals a number of times before.

Kate wasn’t the only royal wearing garments from the high-street in the pictures.

Prince George is dressed in a green polo shirt – which is from H&M.

How did Kate Middleton become a royal?

Kate Middleton, or Catherine, Duchess of Cambridge, was born on 9 January 1982 at the Royal Berkshire Hospital, Reading, England.

She was born to Michael and Carole Middleton, a former flight dispatcher and air hostess. The couple founded a party supplies company, Party Pieces, in 1987 – now estimated to be worth £30 million.

Kate has a younger sister Pippa Matthews, 34, and a younger brother James Middleton, 31.

Kate and her family moved to Amman, Jordan, in 1984, where the future Duchess was educated at an English-speaking nursery school.

After moving back to Berkshire the family sent Kate to private school, St Andrews School. She went on to briefly study at Downe House before moving onto Marlborough College where she boarded.

For university the young Kate attended the University of St Andrews in Fife, Scotland. Here she was awarded an undergraduate MA (2:1 Hons) in history of art.

Kate met Prince William when they were both studying at St Andrews, and both living in St Salvator’s Hall. Famously, William reportedly took a fancy to Kate after she wore a see-through dress during a fashion show.

In 2003 the couple began dating and lived together during their second year of university.

The couple split in April 2007, however, in October they were back together.

Prince William proposed to Kate Middleton with his late mother Princess Diana’s engagement ring in October 2010. The couple were holidaying in Kenya at the time.

On 29 April 2011 they married at Westminster Abbey with a whopping 26 million watching the event live.

Kate wore an Alexander McQueen dress worth a reported £250,000 on the big day.