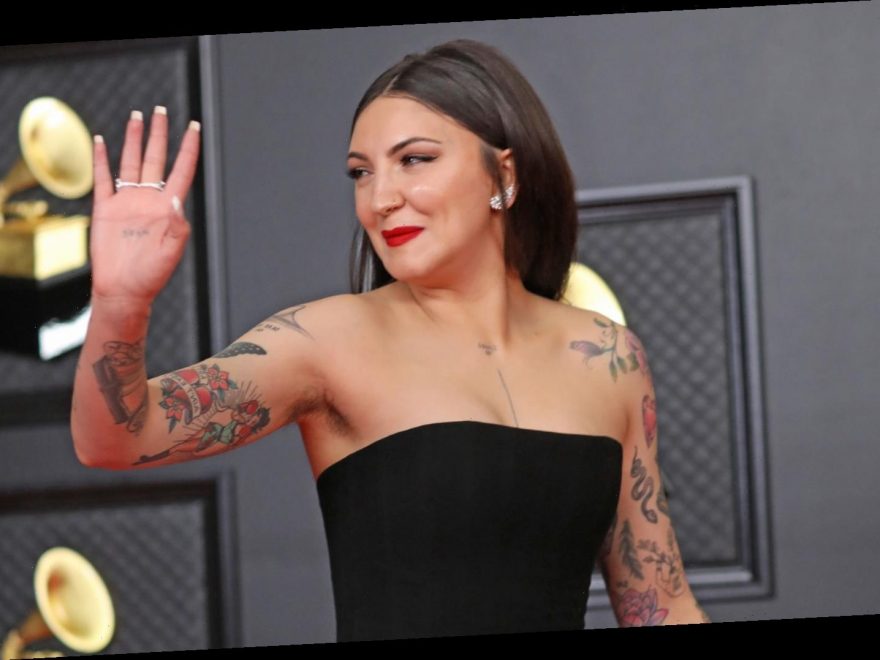 The singer, who was nominated for song of the year with boyfriend JP Saxe for their apocalypse-inspired hit single "If the World Was Ending," walked the red carpet in a strapless Georges Chakra Couture gown embellished with white origami pleated floral details. While waving to photographers, Michaels raised her arm to reveal her grown-out armpit hair, a natural look that celebrities including Halsey, Miley Cyrus and Julia Roberts have all famously embraced in the past. The star spoke about normalizing body air on Twitter last year, writing, "Honestly, I'm not shaving my armpits ever again. I don't know why I ever did before. Social norms can eat an eggplant."

Months later in October 2020, Michaels proudly showed off her arm pit hair in the music video for her single, "Lie Like This." In June 2019, Halsey made headlines when she showed off her natural beauty for the magazine's annual "Hot Issue," wearing minimal makeup, dainty gold earrings and a simple white tank top. Her signature pixie cut is a few inches longer and noticeably curlier.

But what really sent fans into a frenzy was Halsey's full-display of armpit stubble. And, although the singer is biracial (her father is African American and her mother is Italian, Hungarian and Irish) many people also pointed out Halsey's seemingly darker skin tone.

Another criticized the star's au-naturale style, writing, "thought you were a millionaire just buy some wax 🤢"

Despite the backlash from fans, Hollywood's A-listers are seemingly onboard with the new cover. Latin singer Benny Blanco commented, "rockstar status" under the controversial post, while Demi Lovato defended Halsey writing, "There so much yes about this picture idk where to start 🙌🏼"