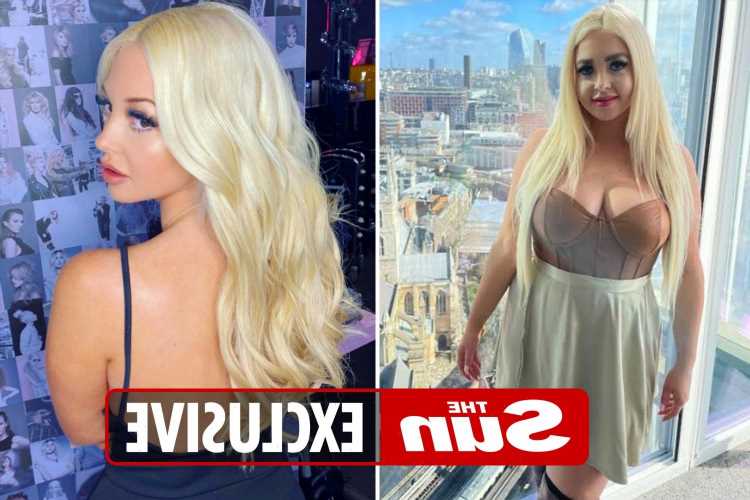 SCROLLING THROUGH thousands of Instagram comments and messages on a daily basis, insulting your personality and appearance can’t be nice.

Reality TV veteran Jodie Weston might look like she’s living the dream when you take a look at her social media, but it turns out that she’s been hiding a lot of pain behind closed doors, after experiencing years of horrendous trolling. 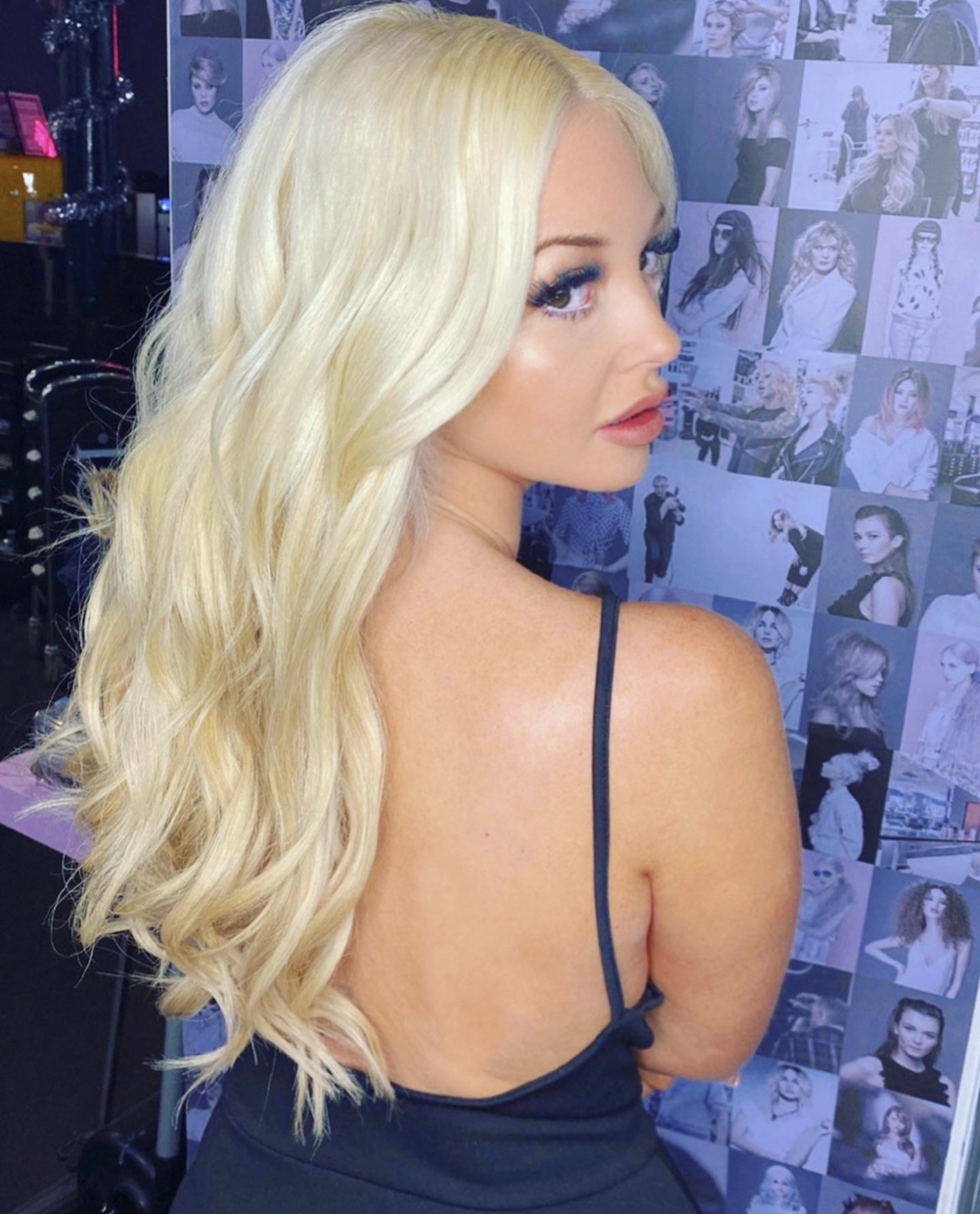 The 28-year-old DJ and influencer has a whopping 133,000 followers on Instagram, but has been subject to horrendous trolling and feels a constant pressure to ‘keep up appearances’.

Most known for Rich Kids Go Skint, Jodie has appeared in five reality TV shows over the years, including Fired by Mum & Dad, Love Squad, Eating with My Ex and 100% Hotter.

But appearing on these shows doesn’t come without its downfalls, as Jodie told Fabulous: “When I started going on reality TV is when I started to get trolled. People were watching stuff on TV and thinking that that was real life.”

As a result of the relentless trolling, Jodie resorted to non-invasive treatments to build up her confidence. She revealed that she has spent a whopping £20,000 on a range of procedures, including body contouring, laser lipo, non-surgical BBL, fat freezing, lip fillers, anti-wrinkle treatments, LED therapy, as well as laser hair removal and weekly spray tans.

Jodie previously revealed that she splurges more than £16,000 a year on her beauty regime. At £1,360 a month, it is more than her rent and grocery shopping combined.

Jodie added: “I hadn’t had any fillers when I did Rich Kids Go Skint. I was completely myself and natural. It hurt to receive comments about my appearance, so I started to delve into non-invasive techniques.

“There's been times in my life where I've considered getting surgery just because of how trolls are making me feel. Maybe I am a little bit insecure about myself. But it brings things to light more and shines a bigger spotlight on it, because it's someone picking up on your insecurities.

I’m a cleaner & get blinds spotless in minutes, I love making jobs easier

“Obviously you can get problems with filler. The first salon I went to was literally like a conveyor belt. It was one size fits all. They went really lumpy, so after that I did get it again but I didn't go back to those people.

“And then I went really hard on teeth whitening. I was using these whitening strips, you are only meant to use them for 10 days, but I used them every day, for about a year. My teeth ended up looking like Tipp-Ex.

“I had a non-surgical BBL, I was going quite hard on body contouring and fat freezing, but it was really painful. It takes a toll on your body, even if it's non-surgical. It was excruciating. I could barely move for two days, it was horrendous.”

But Jodie isn’t alone in wanting to alter her appearance. A survey commissioned by The Harley Medical Group in January 2022 identified that 46% of women have considered cosmetic surgery to change their physical appearance, women are twice as likely as men to feel unhappy with how they look and 48% of women feel self-conscious about their appearance. 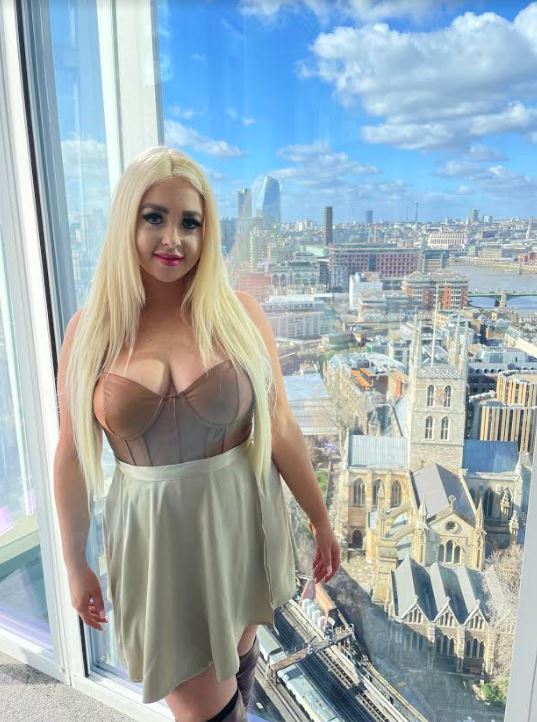 Jodie added: “Just because I didn’t go ‘under the knife’ I was still in a serious amount of pain. You don’t really know what these things are doing to your body. And that was something that I was offered for free as a collaboration. Normally I do my research but because it was free, I just thought it would be fine, but it was excruciating. I wish I never went. I really regret that.

“I’ve been offered to go to Turkey for surgery for free. Even yesterday, someone messaged me offering fillers for free.”

Jodie explained that she became a subject for trolls back in 2015, when she started her reality show journey at the age of just 22 on Fired by Mum & Dad. Things then got particularly bad in 2018, when she appeared on Rich Kids Go Skint.

Jodie appeared on the show in which pampered rich kids swap their lavish lifestyles for living on the breadline. But Jodie found herself under fire from trolls after she said the single mum on benefits – who she was sent to live with for a week – had a series of "bad decisions" to blame for her cash-strapped circumstances. 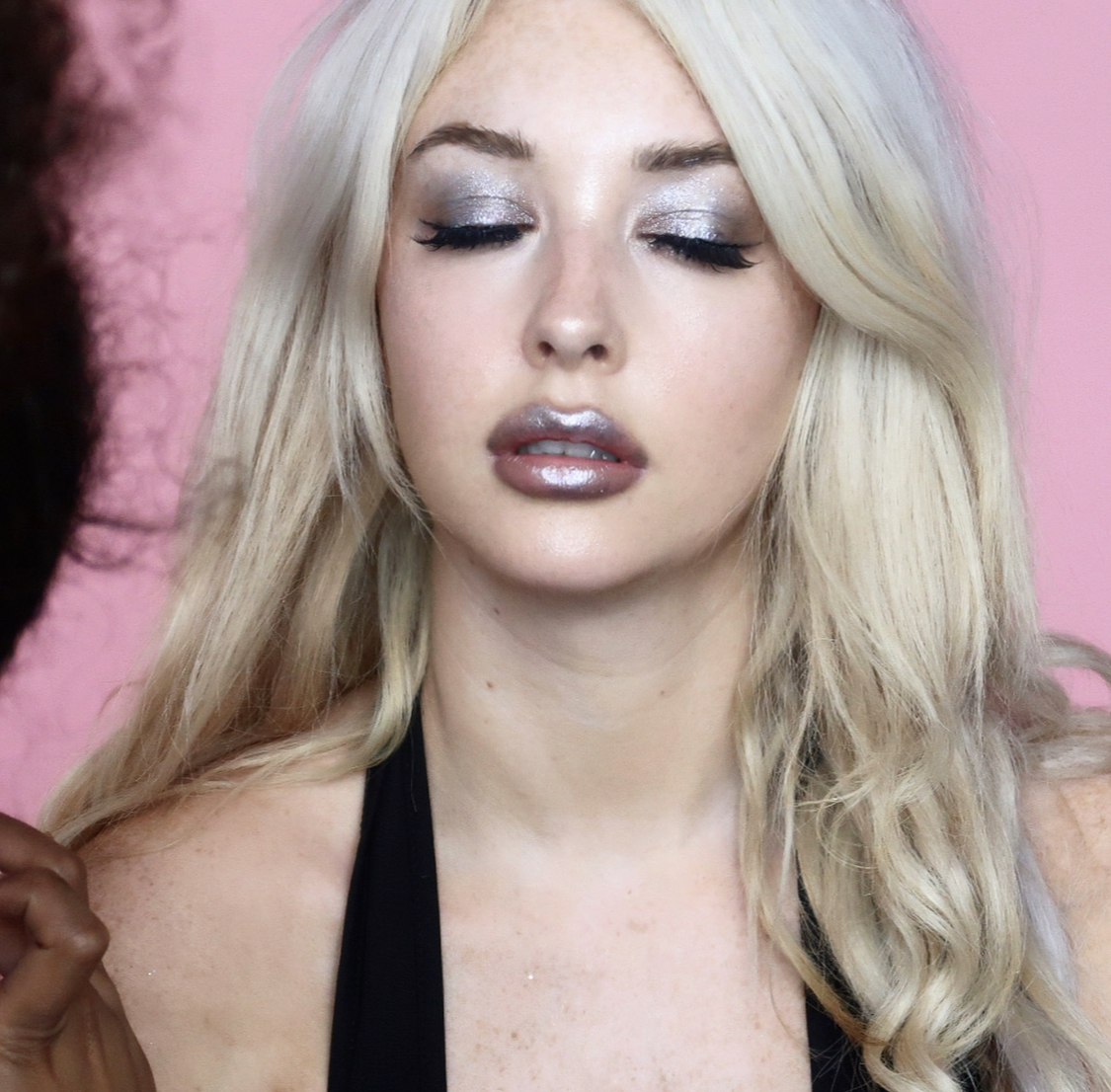 She said: “It was a really interesting experience, but it was my first batch of trolling. Rich Kids Go Skin was bad because it was quite a controversial episode. Me and the girl that I was with clashed a bit. I got quite a lot of hate from that. I had a lot of comments about my personality, people saying ‘I'm a spoiled brat’ and ‘talentless’.

“This then led to comments about the way I looked. I've had all sorts of insults thrown at me.. I'm in a constant battle where I can't please anyone. People will just tear you apart for everything about yourself. I think after years and years of it, it does get to you. I’m fighting a losing battle.”

Dr Aamer Khan, founder of Harley Street Skin said: “The 'troll' culture is a very dangerous one, for which we do not, as yet have a solution. If someone physically behaved like this to a person, it would be seen as a criminal offence, however there is no equivalent safeguarding on the Internet; people can say what they want and cause significant harm to the psychological and mental health of another. I believe change is urgently needed to protect the well-being of our young people.”

A Meta Company Spokesperson said: “We don’t want bullying and harassment on our platforms and have strict rules against it. We encourage people to report anything that might break our Community Guidelines”.

Jodie continued: “Subconsciously the trolling has impacted me quite a lot. It's an undercurrent that is constantly there. It’s had a lasting effect on me. I found it really difficult in the pandemic because there was nothing going on and you can’t help but think about it. It made me quite paranoid.

“Then it got to the point where I was thinking about having a boob job. I paid money to go and have a consultation with a surgeon. I went to a few different doctors and one of them actually told me I needed a boob lift. From that experience of going around different surgeons, it would be so easy for someone to get lost in the matrix. But then around that time, I was sexually assaulted and it totally changed my outlook on life.”

Jodie revealed that she was sexually assaulted when on her way to a nightclub in Ilford, East London, in February 2019. The traumatic experience was very eye-opening for Jodie and made her evaluate what was important in life.

She continued: “It changed my perspective on things and I cancelled my boob job date. I had the date booked and everything. But I just thought, ‘I don't want to do this, what's the point?’”

While Jodie admitted to having cosmetic procedures done to please others, she now wants to encourage people to do their research and think twice before tampering with their appearance. 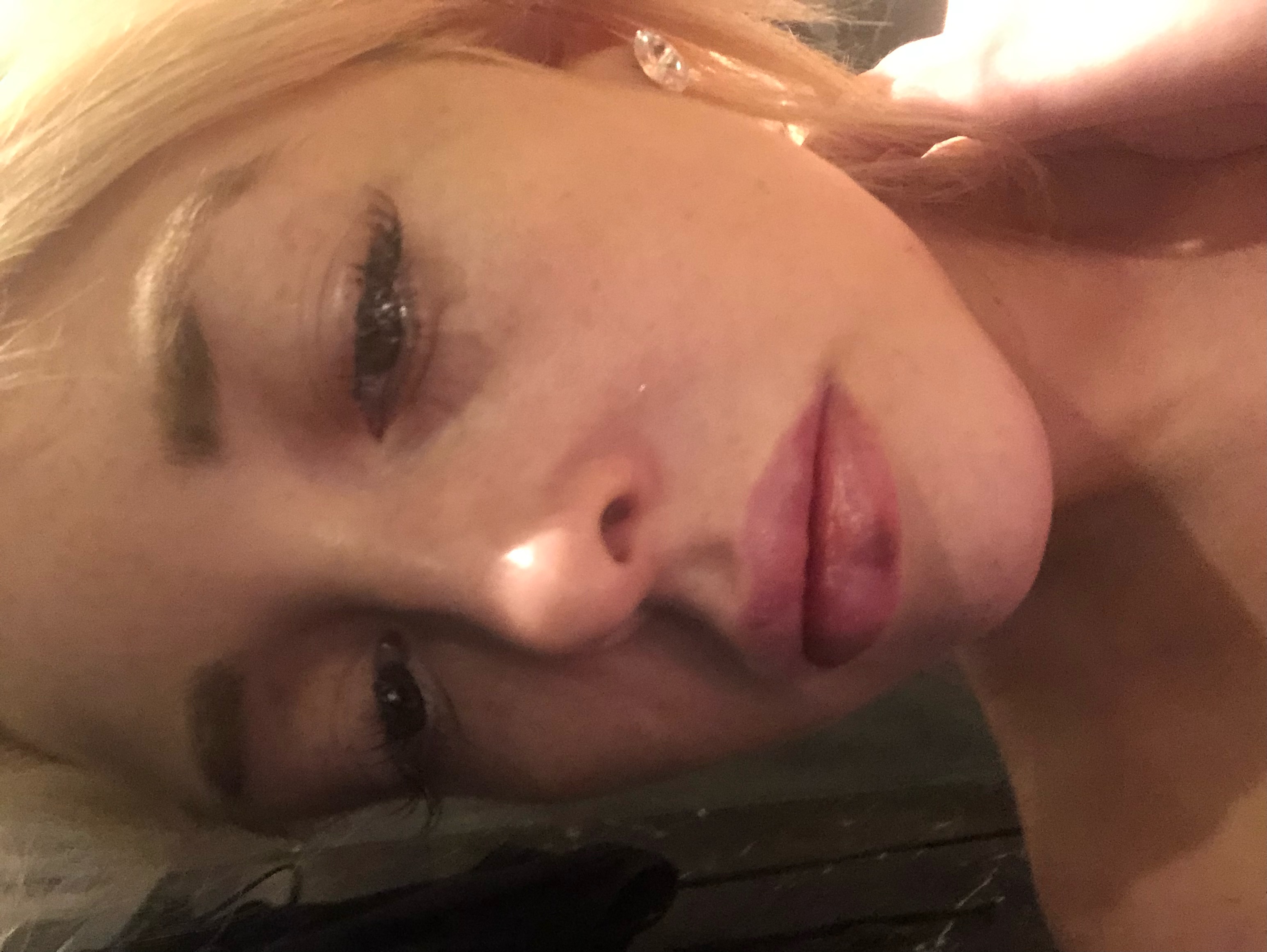 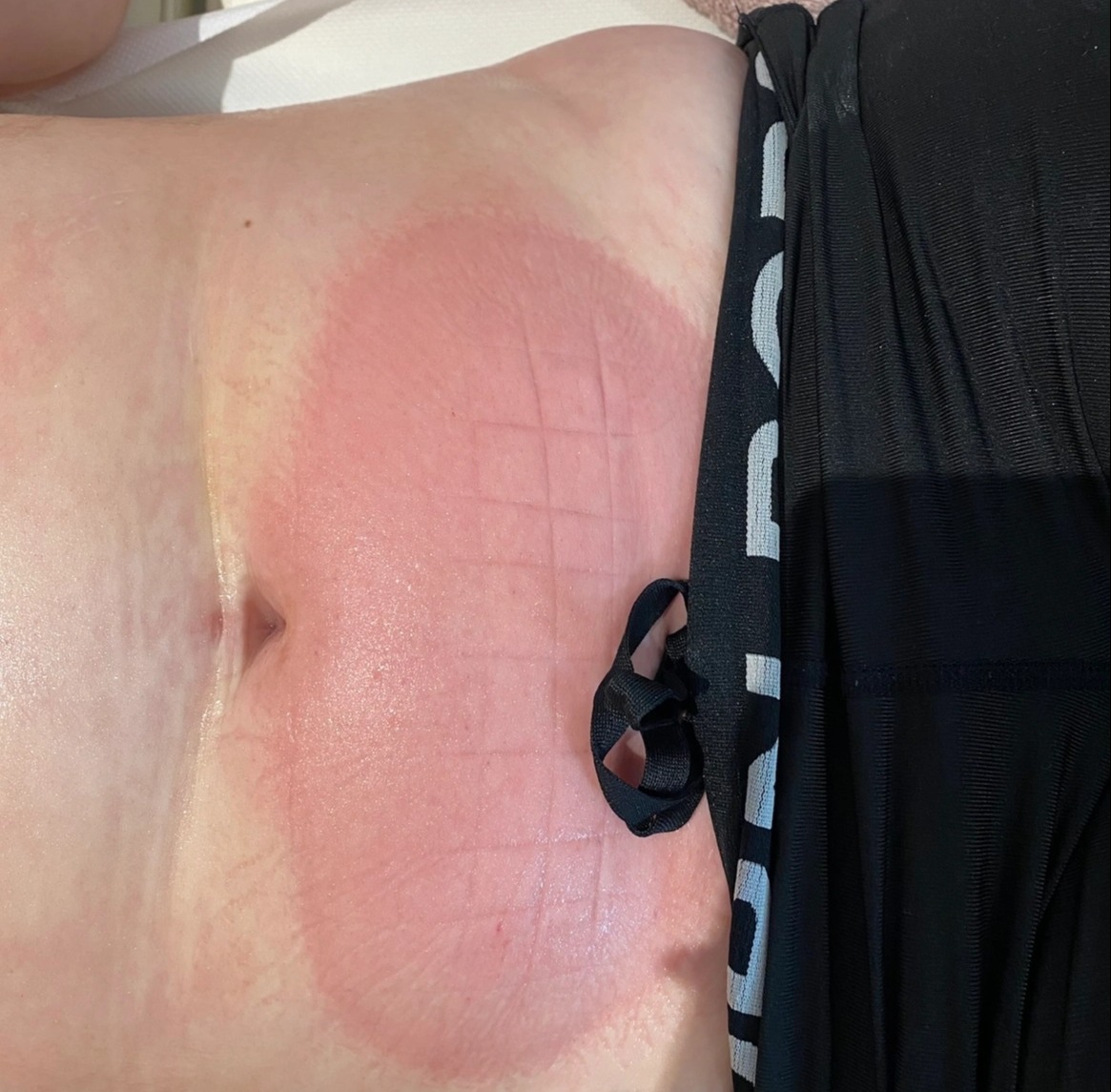 Jodie explained: “I would still get filler, but I’m doing it for myself because I like how it looks.

Jodie has learnt to deal with the trolls and has come up with her own coping mechanisms to ensure that she doesn’t let them get her down.

She added: “I delete the nasty comments. I use my notes app to write down what I want to say, so I’ll vent on there but never send the message. These people don’t realise what you’re going through. People just see what I post on social media, they don’t know me.

“If you're not happy with your own life, don't lash out at someone because you don't know what battles they're facing.”