JULIANE Förster has spent £50,000 on covering her entire body in tattoos of her son's favourite Marvel and DC comic book characters – everything from Iron Man to the Joker in Batman.

Mum Juliane, 33, from Oberndorf, Germany, was inspired to get her superhero-inspired inkings by her son Constantin. 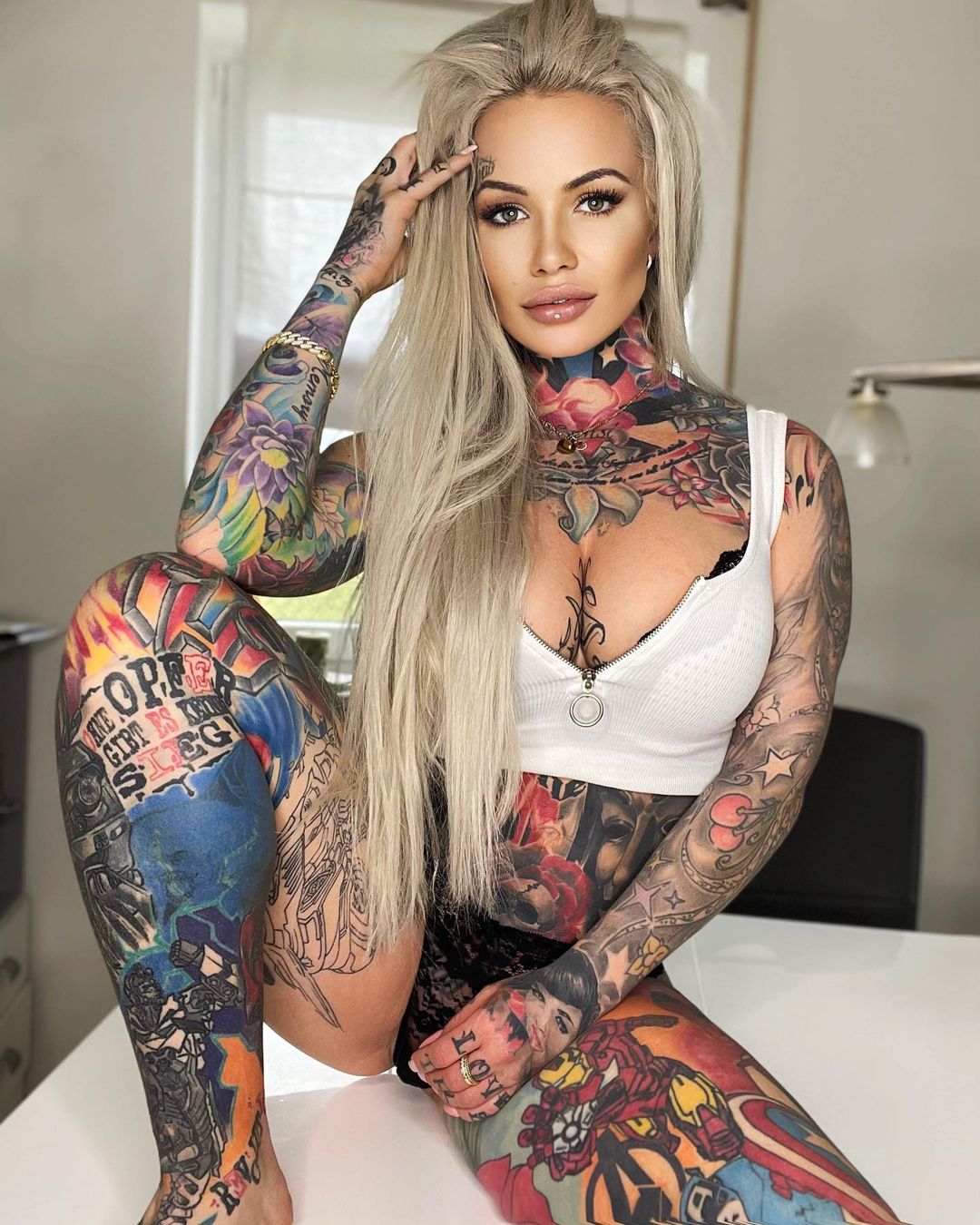 Dedicated to putting a smile on her little boy's face, when Constantin was three, Juliane had images of much-loved characters Spider-Man, Iron Man and Captain America tattooed onto her leg.

Since then her collection of comic book tats has considerably grown and Juliane, who decided to get her first ever tattoo at 18, has revealed only her right bum cheek and face are the only areas of her body that remain tattoo-free.

Along with the Avengers logo on leg, she has a portrait of Heath Ledger's version of the Joker in The Dark Knight and the Guy Fawkes mask fans will recognise from 2005 movie V for Vendetta.

Her body art has cost her a huge £50k in total, with Juliane admitting she has always been "fascinated" by tattoos and finds it "virtually impossible" to count how many she has etched onto her skin. 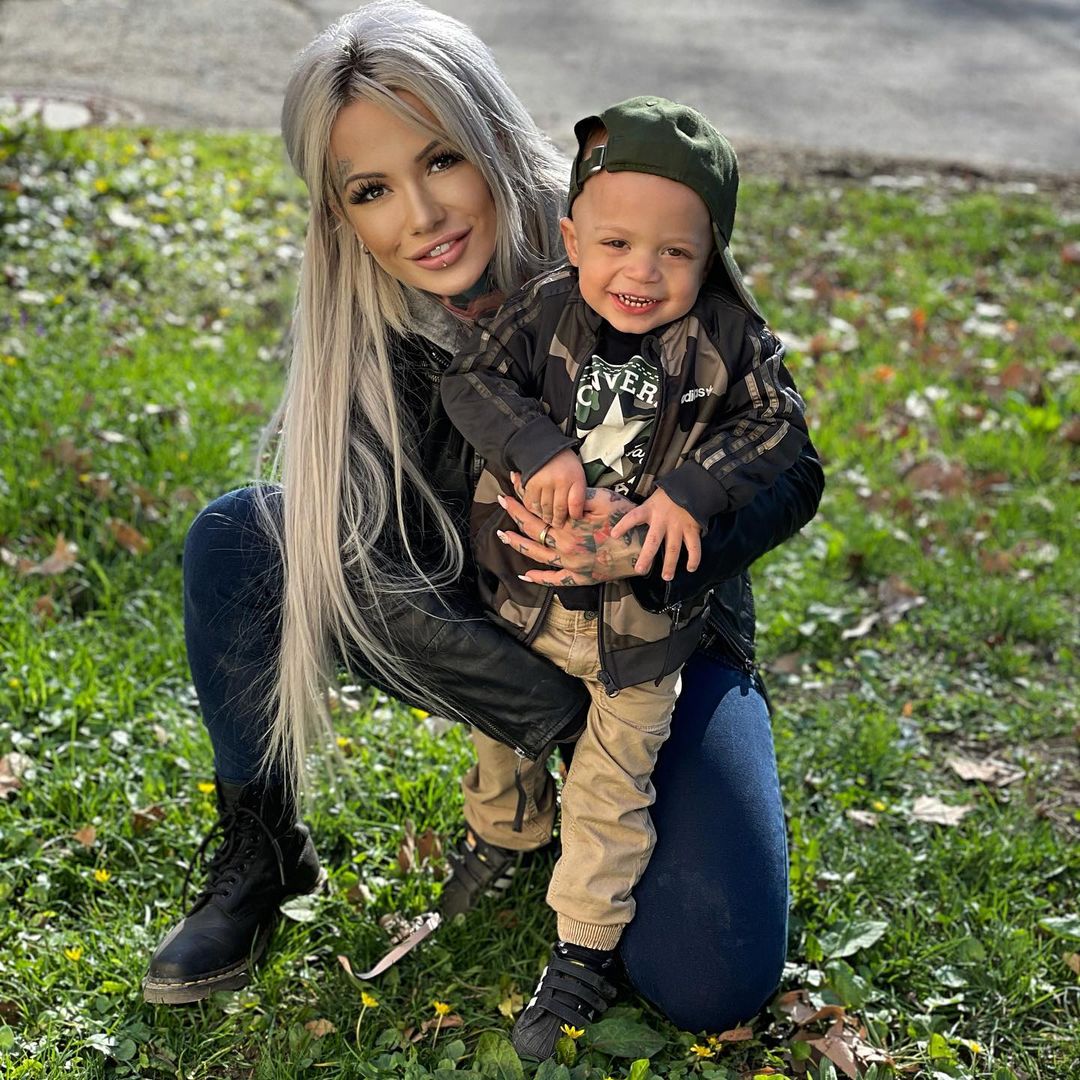 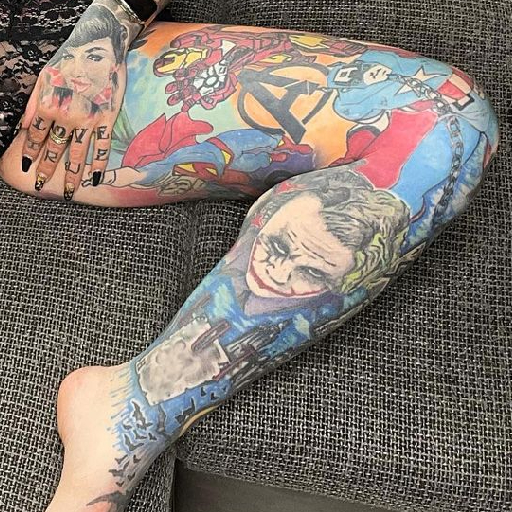 She said: "I have covered my entire body in tattoos, but still have one small free space on my right buttock, which will be covered at some point.

"When my son was three years old he wanted me to get his favourite comic book heroes tattooed on me.

"I love to watch the comic book movies with my son and can't wait to introduce my youngest son, Connor, and step-son Tyler to all the superheroes when they are older. You are simply never too old for them.”

Juliane added: "With the amount I've spent, I could certainly have bought a nice car, but my tattoos are wonderful and mean so much to me." 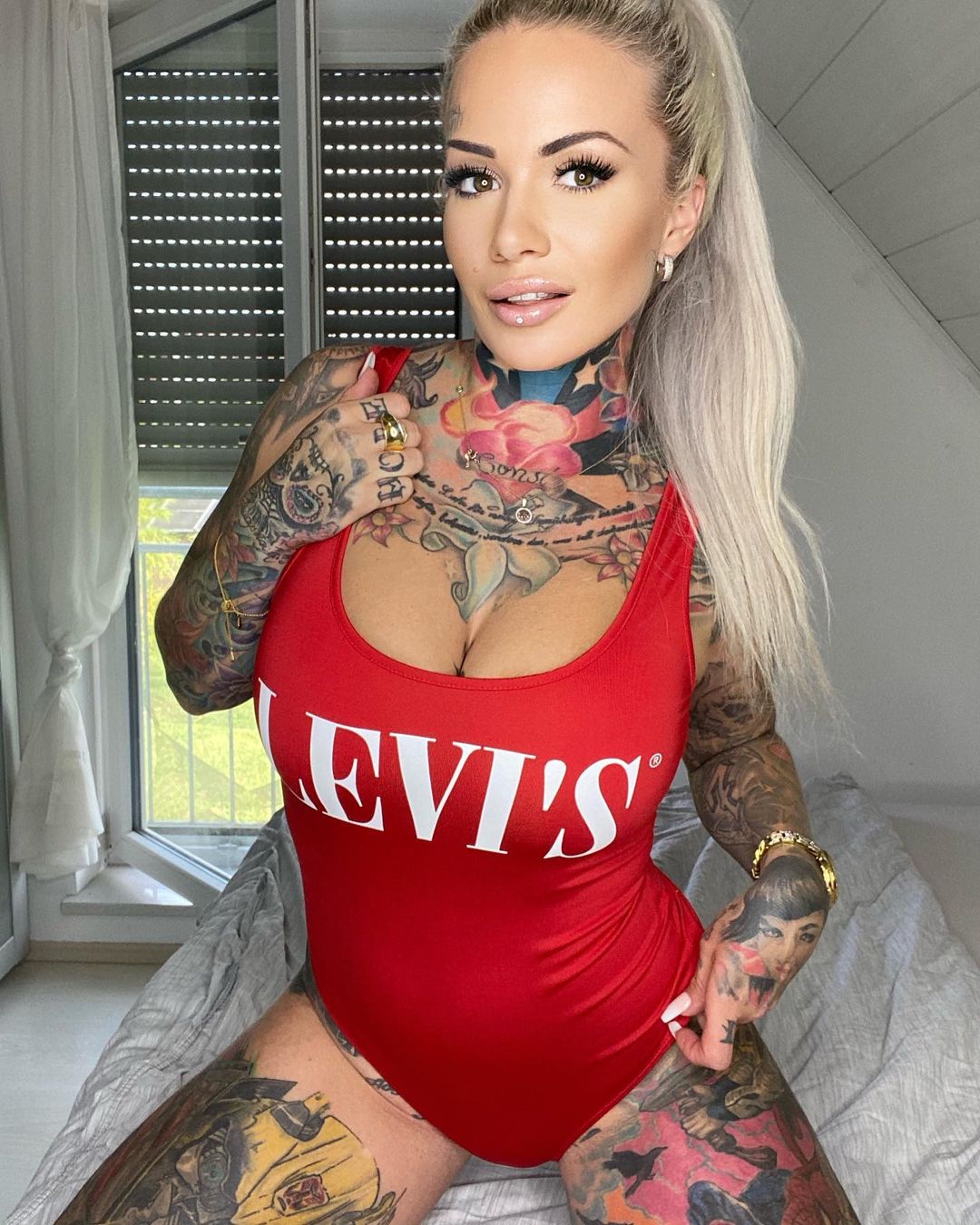 Her tattooed look has won her modelling jobs over the years and she's become an inking sensation on Instagram, racking up a following of 142,000 on Instagram, who are always telling her how "sexy" they find her body ink.

While she loves the compliments she receives online, Juliane explained that she is often forced to face a lot of criticism, with some people calling her unconventional look "disgusting".

She lives with her family, including sons Constantin, now 15, Connor, two, and step-son Tyler, five, in a small rural village and says the locals can be taken aback by her tattooed apperance.

Some people have told me that they think my tattoos are 'disgusting,' which is a shame… but I can handle that

"Where we live tattoos are not that widespread yet, so people often look a bit astonished when they see my body art but the world is changing and I hope that attitudes towards body art will continue to change too," she said.

"Not everyone likes tattoos and some people have told me that they think my tattoos are 'disgusting,' which is a shame because I think they are wonderful, but I can handle that."

Juliane continued: "Not everyone has to find tattoos beautiful or admire them. Some people tell me that my tattoos are over the top, whilst others say I look really great, so I try not to pay too much attention to what people think."

Unfazed by her critics, Juliane has no regrets when it comes to splashing the cash on her body art.

She said: "Regardless of what people think, my colourful tattoos certainly leave a lasting impression.”

Meanwhile, one woman reveals she almost went blind after having her eyeballs tattooed in botched job – but she still loves her look.

Plus, one tattoo artist who has covered 95% of her body in tattoos says people assume she's 'stupid' because of her inked-up look.

And one girl reveals how she cat-fished her best friend after getting fed up of her always putting men first.