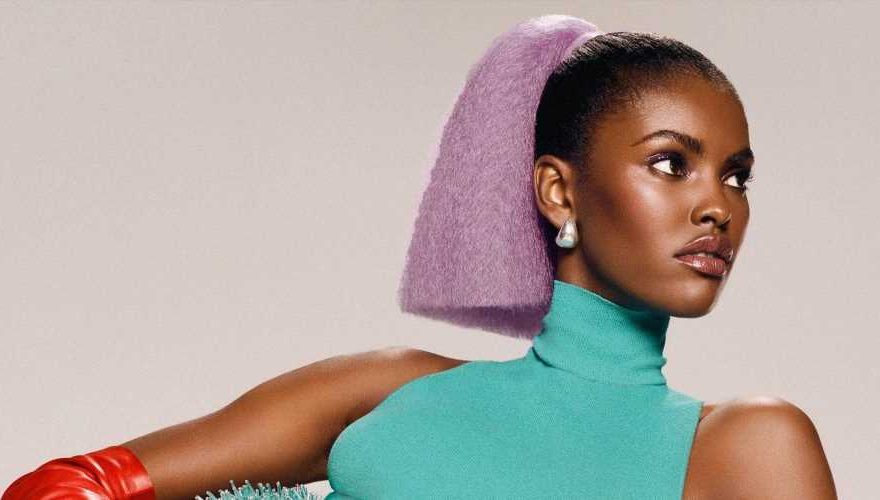 "I've always felt that hair is the ultimate accessory," says stylist Nikki Nelms, a master of making her client's press opportunities go viral thanks to her elaborate creations. From adorning Janelle Monáe's raver-like double buns with googly eyes for a talk show appearance to layering a colorful stack of beads on Solange's braids for her "Don't Touch My Hair" video, Nelms is beloved by artists because she is one herself.

She got her start working at a salon in her hometown of St. Petersburg, Fla., when she was in ninth grade and has kept apace ever since, tending to stars such as Zoë Kravitz, Björk, and Jurnee Smollett.

Beyond the pop realm, she collaborates with esteemed visual artists like Arthur Jafa, Mickalene Thomas, and Lorna Simpson. No matter who she's working with, Nelms's underlying principle remains the same: "Know what works for you in whatever space and moment you're in," she says. "Then ride that wave." Color was the driving force behind the uniquely spun looks seen here. Nelms picked up bright sewing thread and other items at a Los Angeles beauty supply store to reimagine beads and braids, and she even strung together makeshift bangs. Nelms notes that while beads are now considered cool in fashion, they have a long history as an important form of self-expression in the Black community. "They've always been a thing," she says, citing her childhood, when she'd get the same hairstyle every Sunday before school. "I wanted to elevate the look, so I used thread in place of beads and created loose pieces to represent ﬂyaways." The concept came to her during the pandemic when, like everyone, the in-demand Nelms was forced to just be. And now she's ready for anything. "If I had to compare my career to something, it would be like three big books in one that are deﬁnitely not in order or planned out," she says. "I'm taking it one page at a time. I might have to skip around, but I'm cool with the way my pages ﬂow. [laughs] Like, I don't know what the hell I'm doing tomorrow."

For more stories like this, pick up the October issue of InStyle, available on newsstands, on Amazon, and for digital download Sept. 17th.