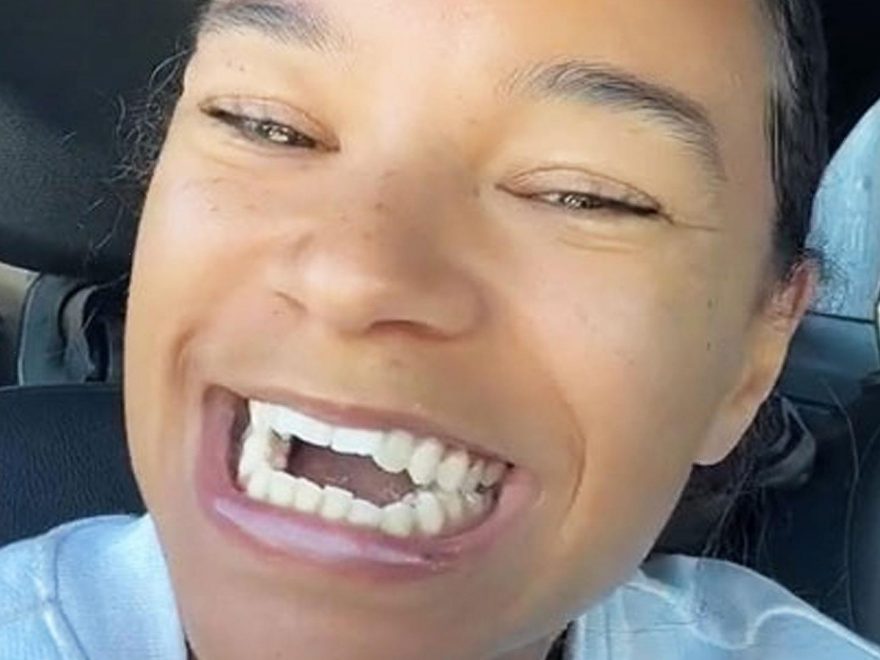 The habit has left her with severely misaligned teeth, making it difficult for her to eat and impossible to bite into many foods in the front of her mouth, but she refuses to stop sucking. 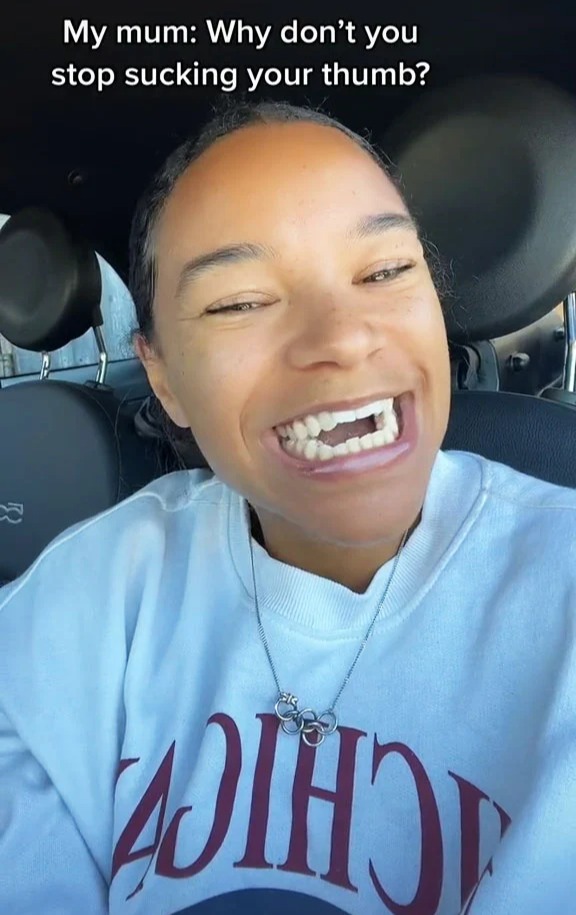 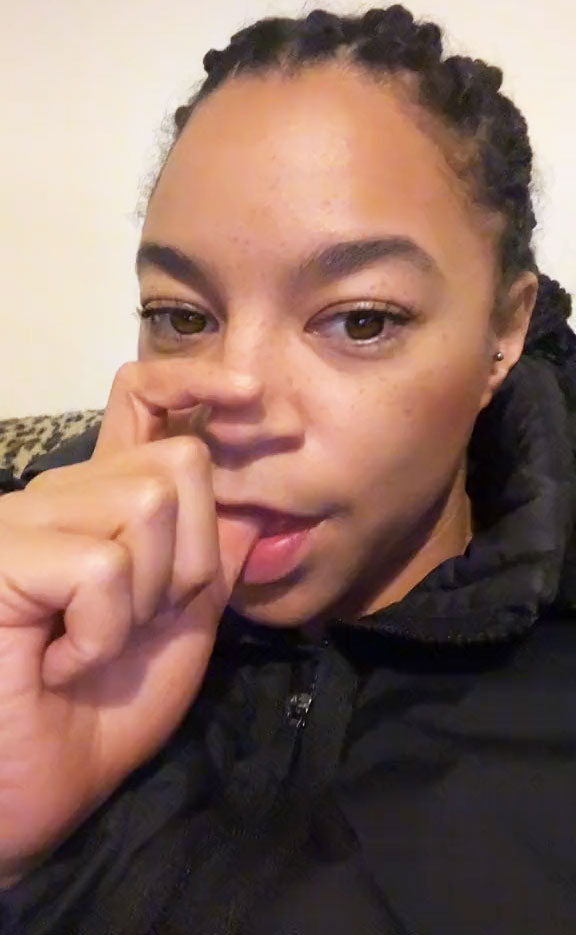 Moore, who is from is from Newport, South Wales, started her athletic career as a sprinter and took up bobsleigh in 2017.

She competed in the 2-women bobsleigh event at the 2018 Winter Olympics in Pyeongchang, finishing in eighth place – the best finish for a British women's Olympic bobsleigh team in history.

She competed again in Beijing in 2022, finishing 17th.

All the while, the world-class athlete has maintained a habit of sucking her thumb.

In a recent TikTok video, Moore lip-synced to lyrics from Selena Gomez's song Can't Keep My Hands to Myself.

The text on the screen read: "My mum: Why don't you stop sucking your thumb?"

She lip-synched her response with a smile: "I mean I could, but why would I want to?"

The video has gone viral, racking up millions of views and quite a few critical comments.

World reacts after the Queen's emotional funeral watched by billions

"Absolutely not," wrote one, while another chimed in: "That scared me."

"This is my sign to wear my retainer tonight," wrote one more.

"Saving this video for my daughter to see how she would turn up," said another.

Thumb-sucking is common in babies, who have natural sucking reflexes – but according to the Mayo Clinic, most stop on their own between six and seven months old or between the ages of two and four. 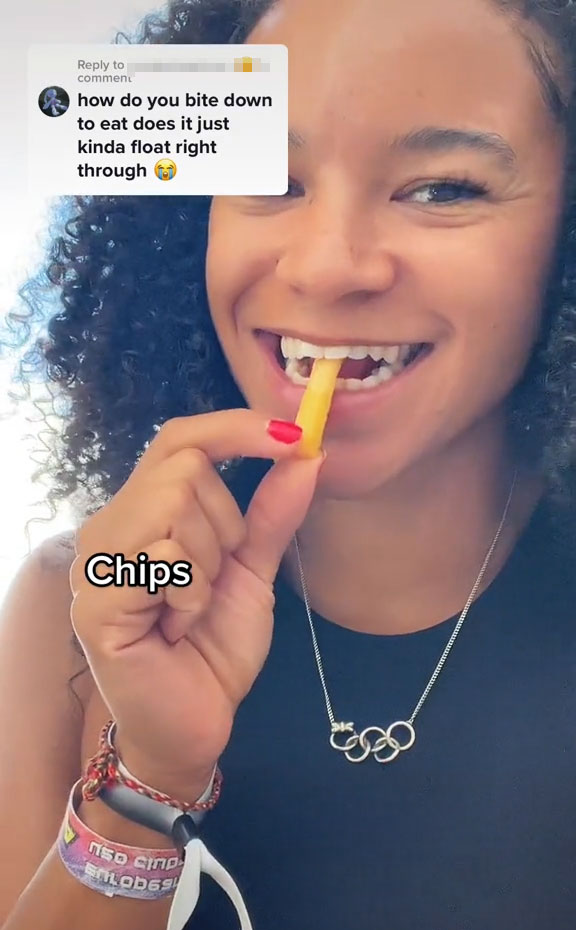 If they don't, parents are encouraged to break the habit before the child's permanent teeth come in, because thumb-sucking can impact how teeth and even the jaw grows.

That's what happened to Moore, whose front teeth have grown facing outward, leaving a huge gap between her top and bottom teeth.

The gap is large enough that her tongue sticks out when she talks, and it's created difficulty in eating.

In other videos, she demonstrates what it's like when she eats certain foods, including pineapple and potatoes. 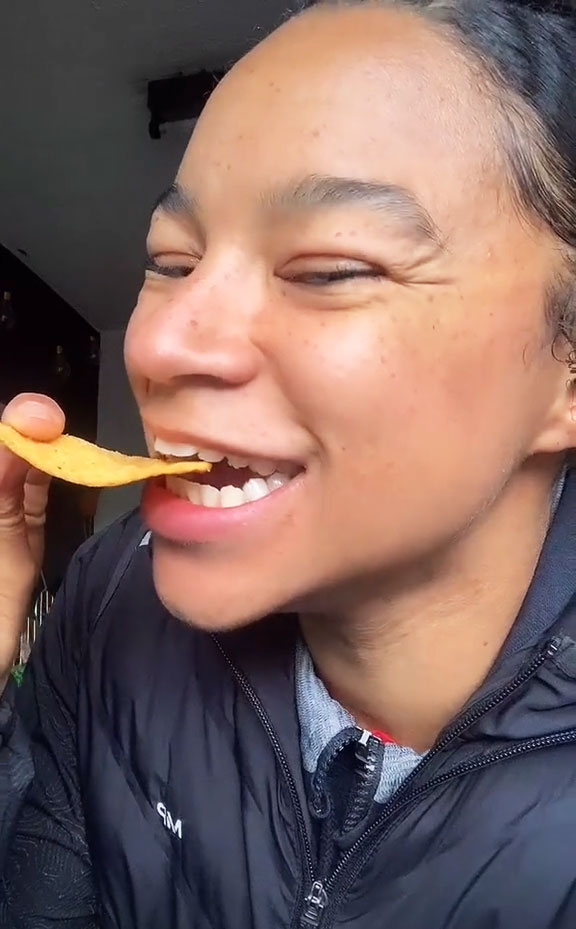 When she tries to bite down on the food with her front teeth, the food slips between the gap.

She has to shift the foods to the side, biting with her back teeth.

Commenters there, too, have made remarks about Moore's habit, which she says her mother did try to break. 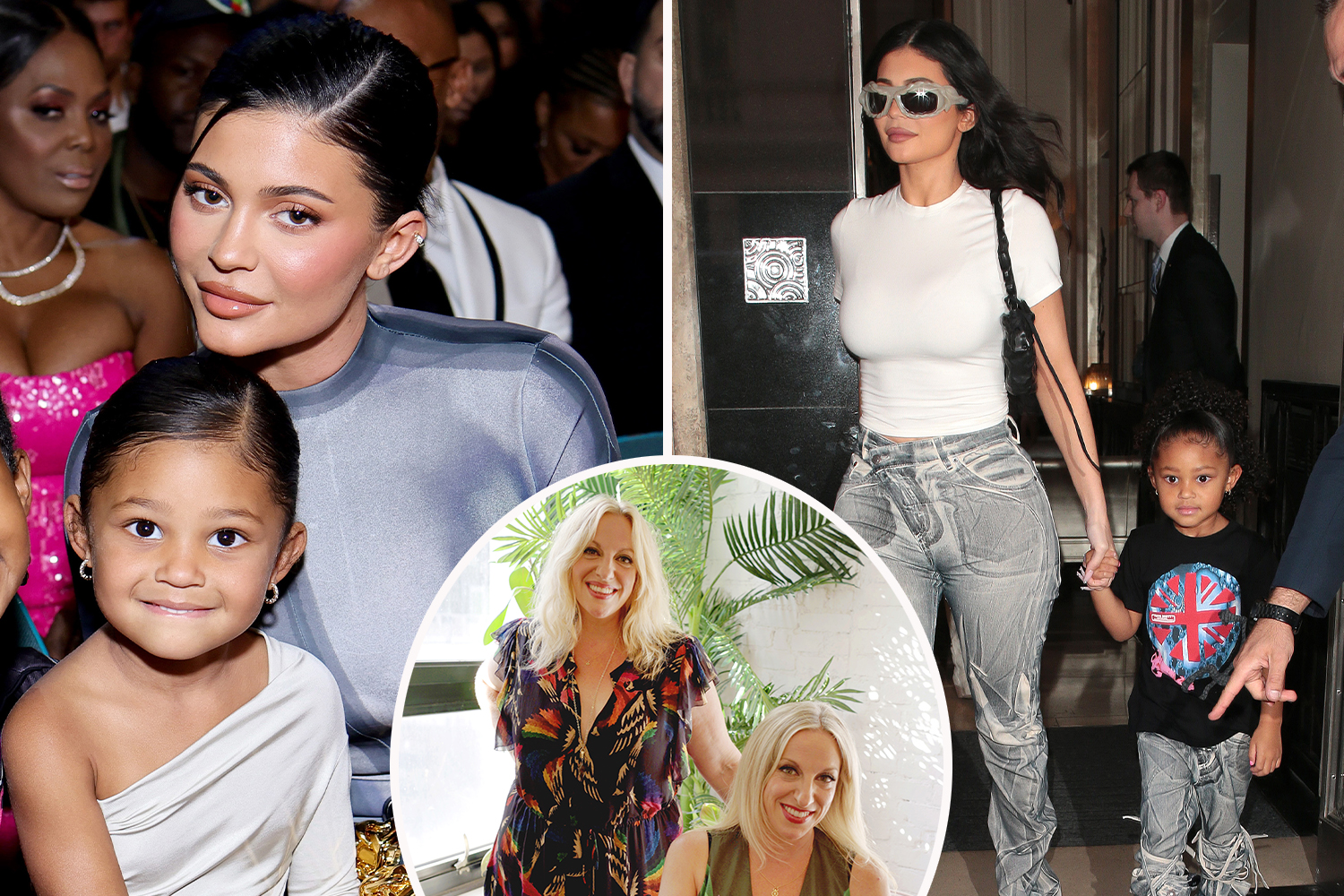 Moore said that her mother tried putting English mustard and chili powder on her thumb to discourage her, and her dentist even made her "tallychart how many times I sucked my thumb per day. 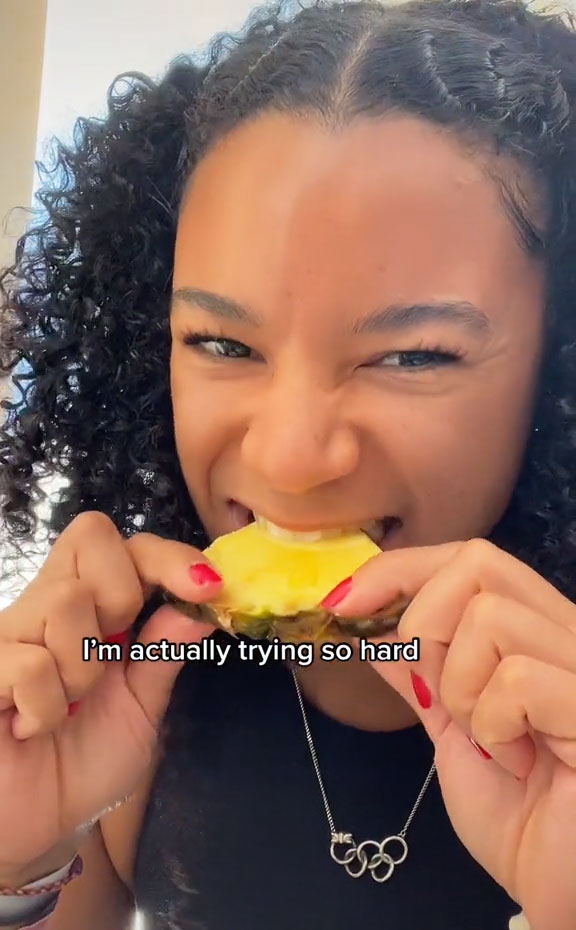