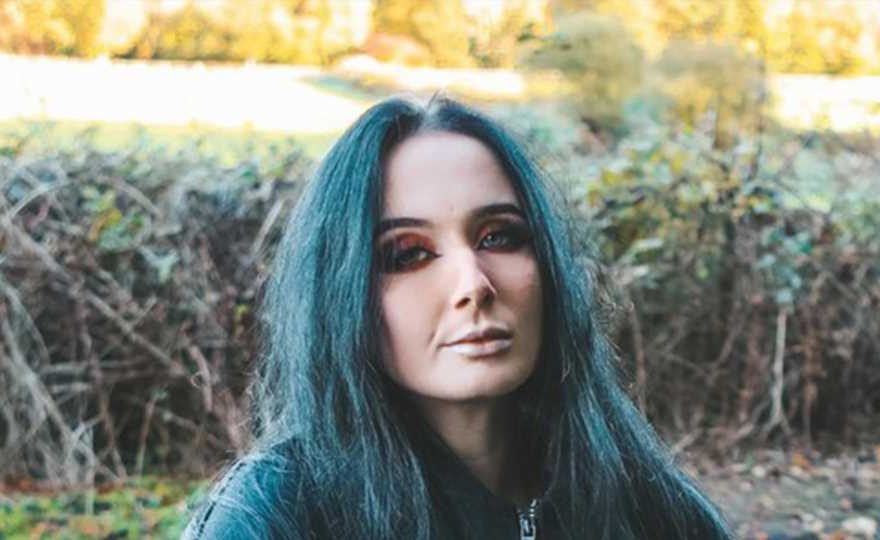 A TATTED up-country girl with a unique style has left people in awe of how similar she looks to a videogame character.

Her red lipstick and blue eyes make her popular with viewers online. 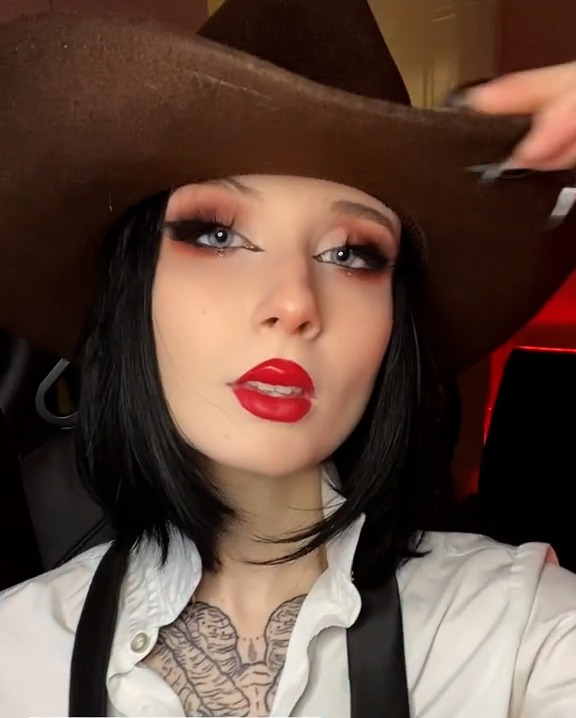 She typically posts about random events in her life but also shows off her makeup looks.

In a TikTok video, the alternative woman gave viewers a glimpse at her cosplay skills.

The black-haired woman bared her tattoos and donned a cowgirl outfit that led her to resemble Ashe from Overwatch.

Throughout the course of the video, Raven was visible from the chest up as she sultrily stared at the camera.

She wore a white button-up with black overalls that matched perfectly with her black bob haircut.

Her fashionable outfit was tied together with a brown cowboy hat.

The 23-year-old's bright red lipstick brought out her icy-blue eyes, which made her resemble the Overwatch character.

The only two differences are that Ashe has white-blonde hair and Raven has a large chest tattoo that peaked out of her shirt.

She moved her head from side to side and mouthed along to the background song in the video.

Viewers appreciated the look so much that they shared feedback in the comment section of the video.

"Gonna need an Ashe cosplay like rn," one commented.

"Tag me if u ever do your hair white," an admirer stated. 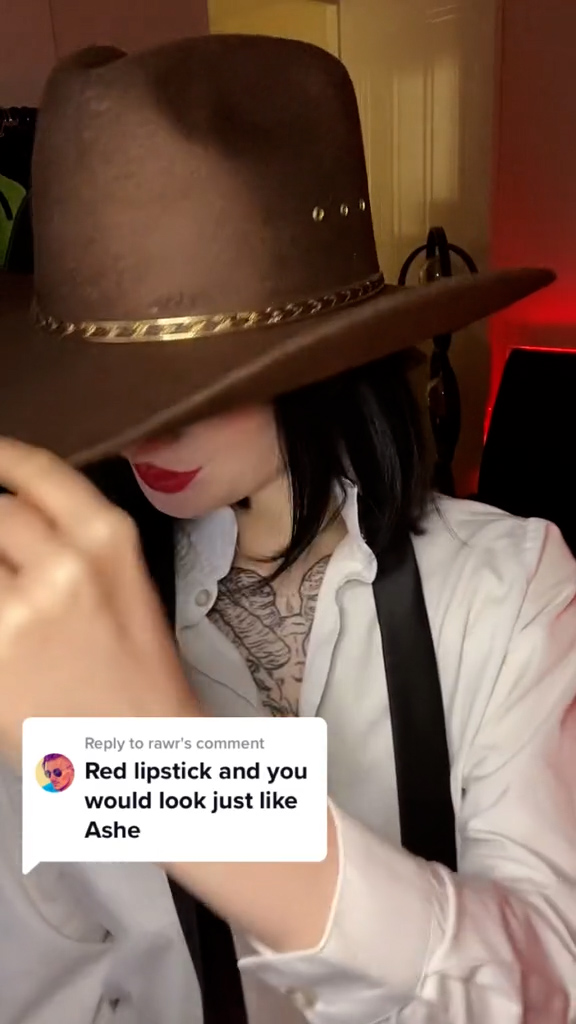