A FITNESS fan has opened up about her weight, her body shape and the expectations she faces from strangers in person and online.

She's part of a movement to show how weight looks different on every body. 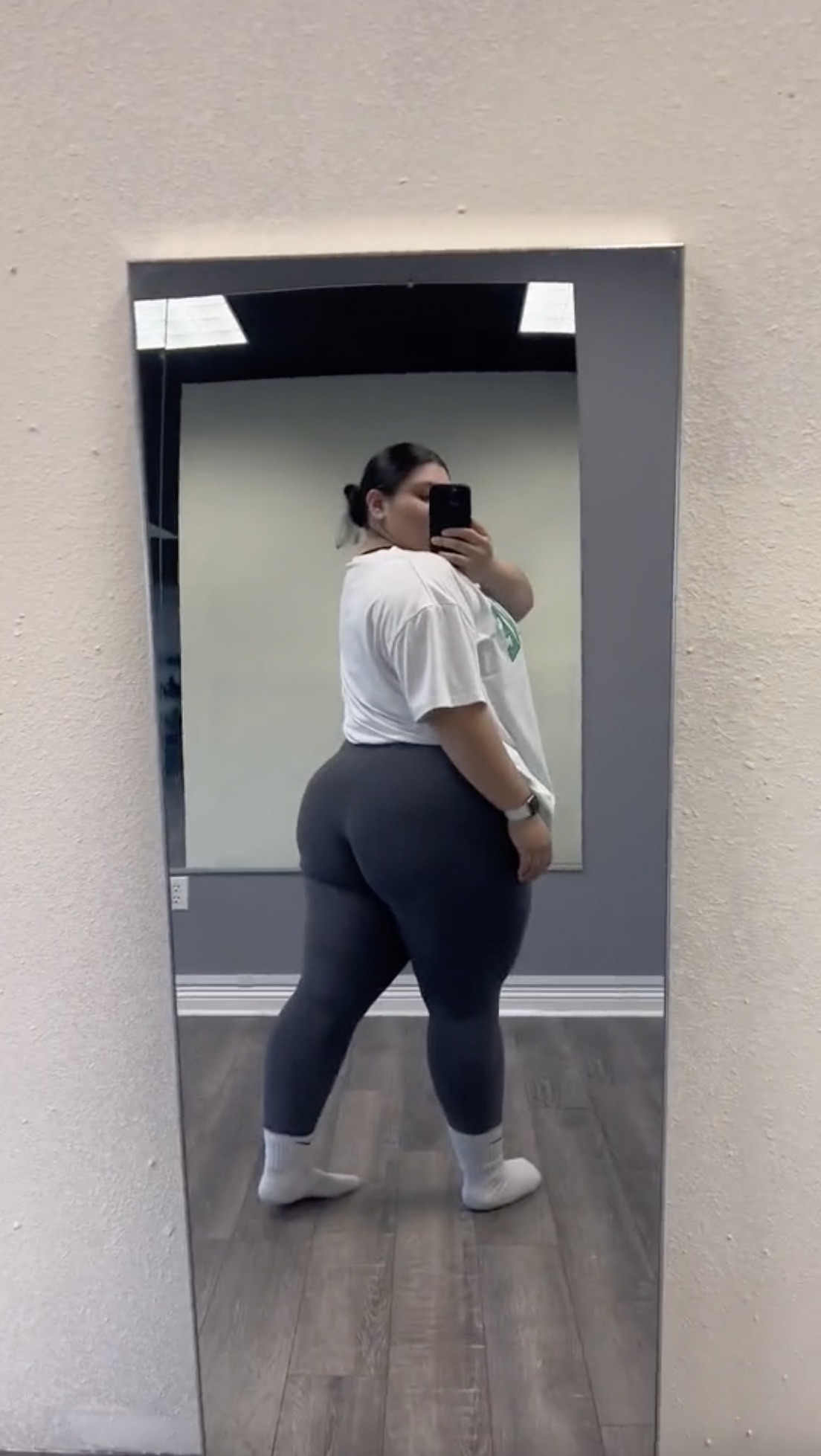 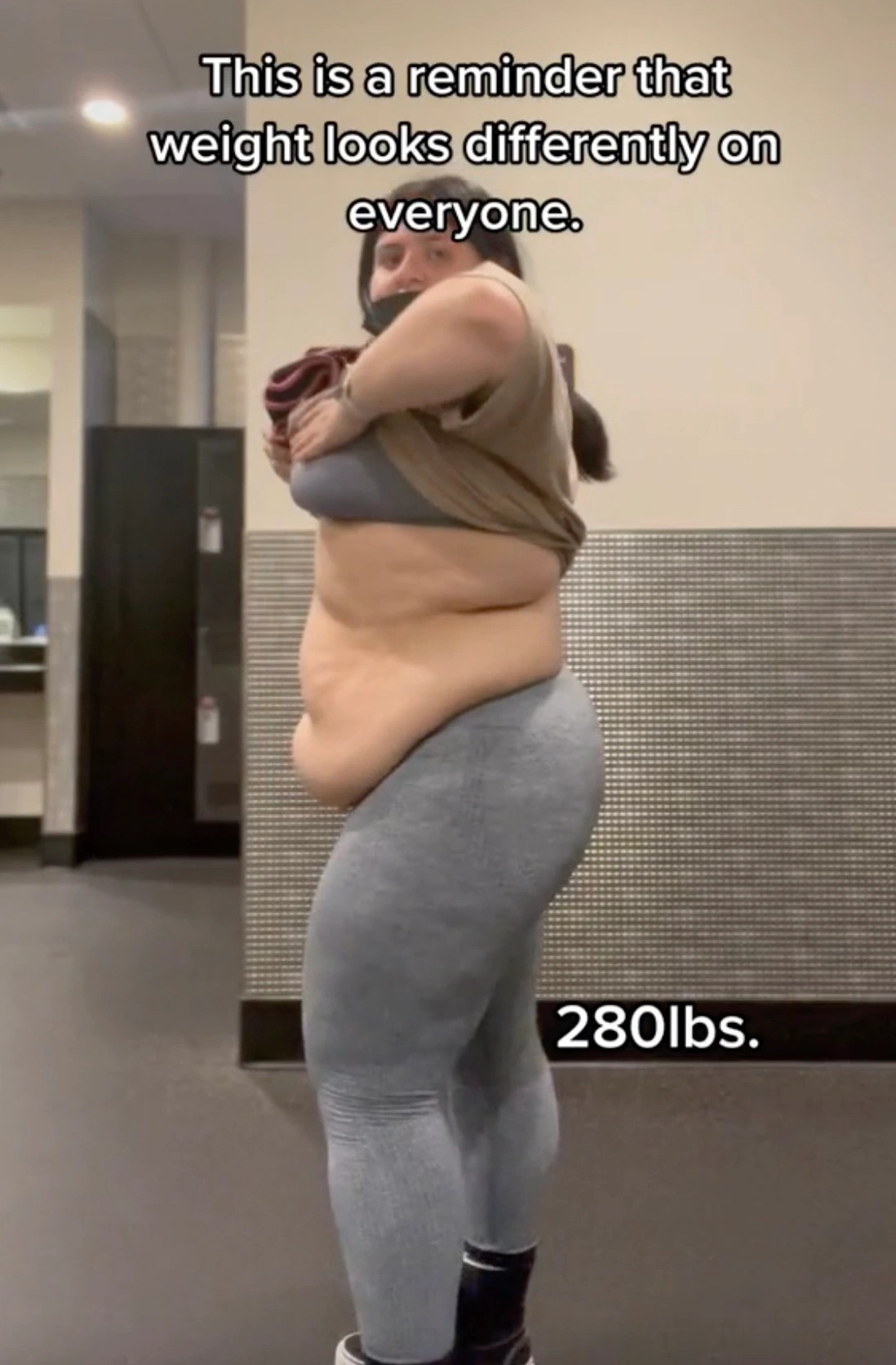 TikTok user Marbrisa, 22, is a frequent gym-goer whose habits have helped her build impressive strength and stamina.

In one video, she bared her soul – and her stomach – to spark a conversation about weight.

Standing in front of a mirror, Marbrisa wore leggings, a bra and a loose T-shirt – standard gym attire.

On the screen, a caption announced her weight: 280 pounds. In a separate comment, Marbrisa revealed she stands at 5-foot-3.

The content creator lifted her shirt, showing viewers how she carried weight in her stomach area.

Her intention was to show a body type that's not often portrayed in media.

"This is a reminder that weight looks differently on everyone," Marbrisa wrote.

She encouraged her followers not to let frustrations about their fitness journeys get in the way, writing: "Continue to show up!!!"

Like Marbrisa, plenty of other commenters said they love getting fit at the gym, but feel discouraged by media portrayals of "healthy" bodies.

"This is my exact body type," one excited woman wrote. "Thank you for sharing."

"I could never be as consistent as you," an envious fitness fan said.

"I finally found someone on the same journey!" the emotional commenter said.

Women of all sizes filled the comments to say their bodies looked like Marbrisa's. The self-reported measurements ranged from 5-foot-2 to 5-foot-8 and between 200 pounds and 315 pounds.

"I’m 230lbs and look much bigger," one commenter disclosed.

Women were especially comforted to see a familiar stomach shape on social media. 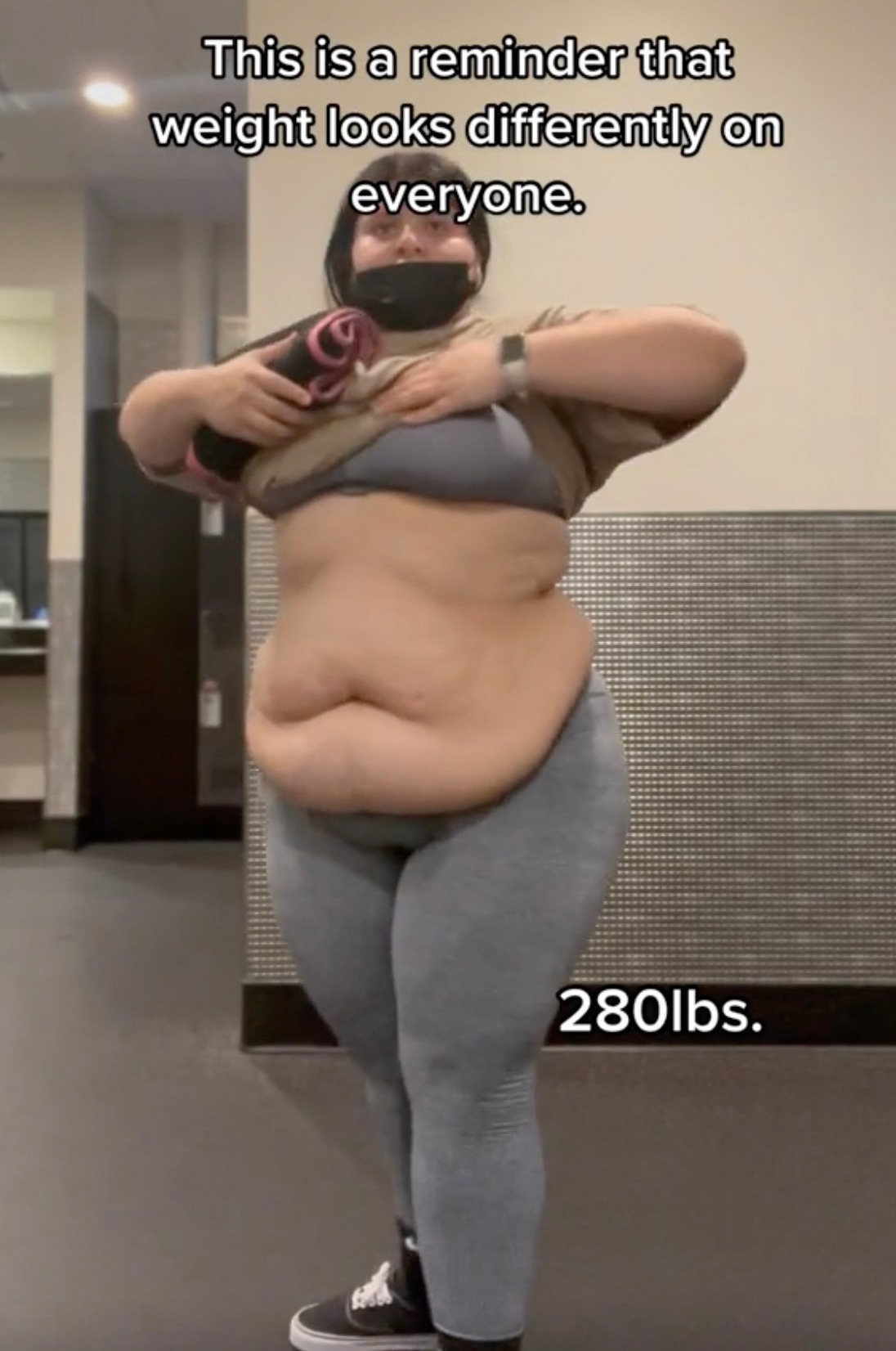 "That overhang, is exactly what I have," one mother wrote. "Taken me a long time to see the beauty of it."

"I’ve always been so insecure of my stomach and how it hangs," another woman confessed, "but seeing I’m not the only one with it helps."

Marbrisa said that was exactly why she shared her fitness journey to begin with.

"Honestly I haven’t seen anyone with a stomach that hangs," she wrote. "I thought it was just me."