A MUM has revealed how she was sterilised at 26 while overwhelmed with grief from losing her three-month-old baby, but is now desperate to have the op reversed.

Bianca Prince-Jones, 33, was depressed after losing son David James, known as DJ, to pneumonia – and asked doctors to make sure she couldn't have kids any time soon. 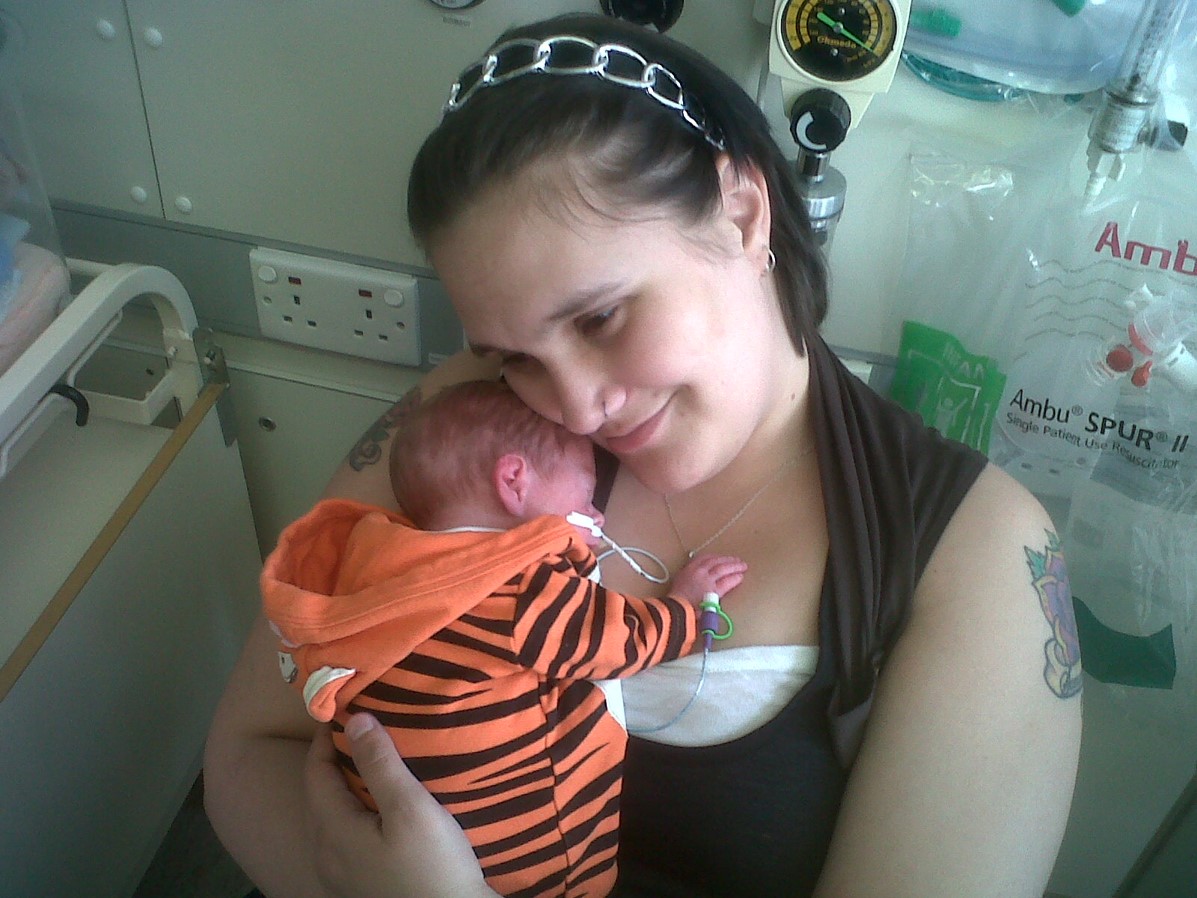 But seven years on, and now happily married, the mum-of-three describes it as the biggest mistake of her life – and says she didn't understand how permanent it was.

Bianca, who lives with daughters Chloe, 15, Sammy, 11, and husband Chris, 30, in Kilbirnie, Scotland, is now fundraising for a £4,000 reversal op – which isn't available on the NHS.

Speaking exclusively to Fabulous, she tells her story…

When I fell pregnant with my third child David in 2013, I was surprised but excited to become a mum again. 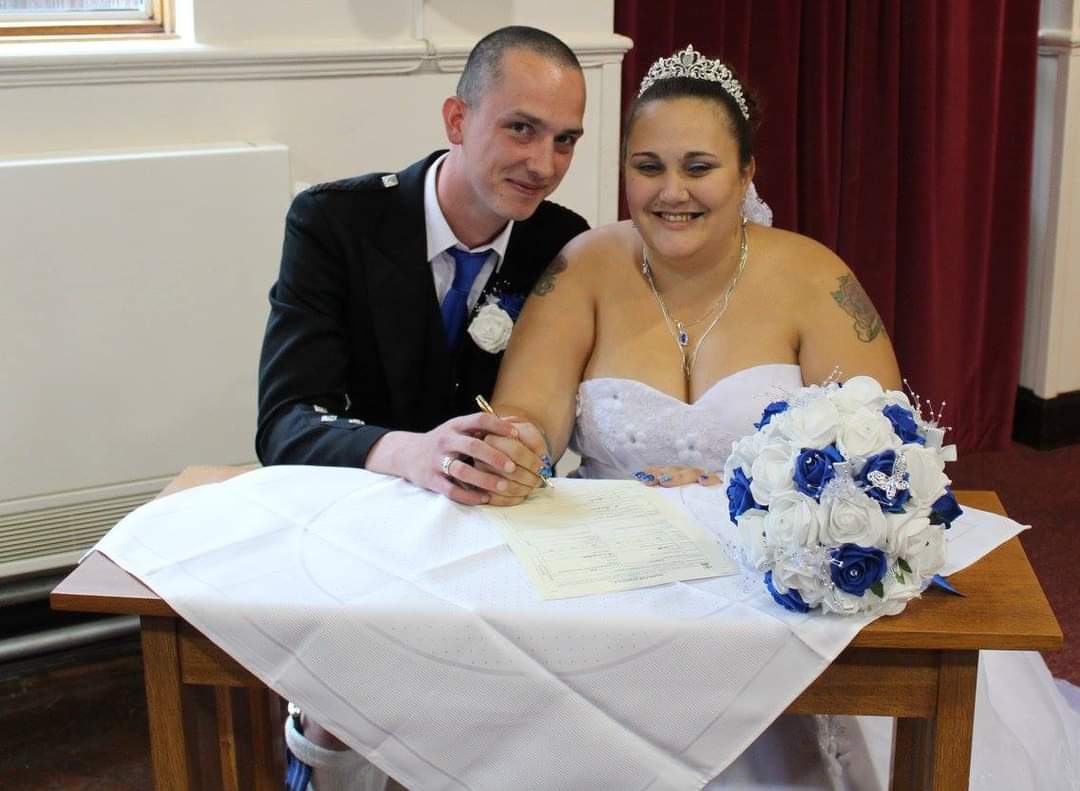 I had a typical pregnancy, until my youngest daughter caught slapped cheek syndrome when I was 31 weeks pregnant. I knew she had an infection, but didn't realise it was anything to worry about.

When my health visitor came round, she said 'that's slapped cheek syndrome, it can be dangerous in pregnant women.'

She said to keep an eye on it, but I didn't feel ill myself so she wasn't worried.

I know now that slapped cheek syndrome, although relatively harmless for kids, can bring about premature labour or miscarriage.

David wasn't a poorly baby. He was so bubbly and happy. Then he suddenly died of pneumonia – his lungs had failed. He was fine the night before

Just a week later, when my girls were with their dad and step-dad, I started having major stomach ache.

My neighbour rushed me to hospital, where they gave me two steroid injections for my baby's lungs and took me in for an emergency C-section.

They also diagnosed me with slapped cheek syndrome. I had no idea I was even ill, I'd felt a bit drained but that's to be expected in pregnancy.

When I woke from the C-section, I was told I'd had a placental abruption and they'd lost both of us twice – but luckily David survived. 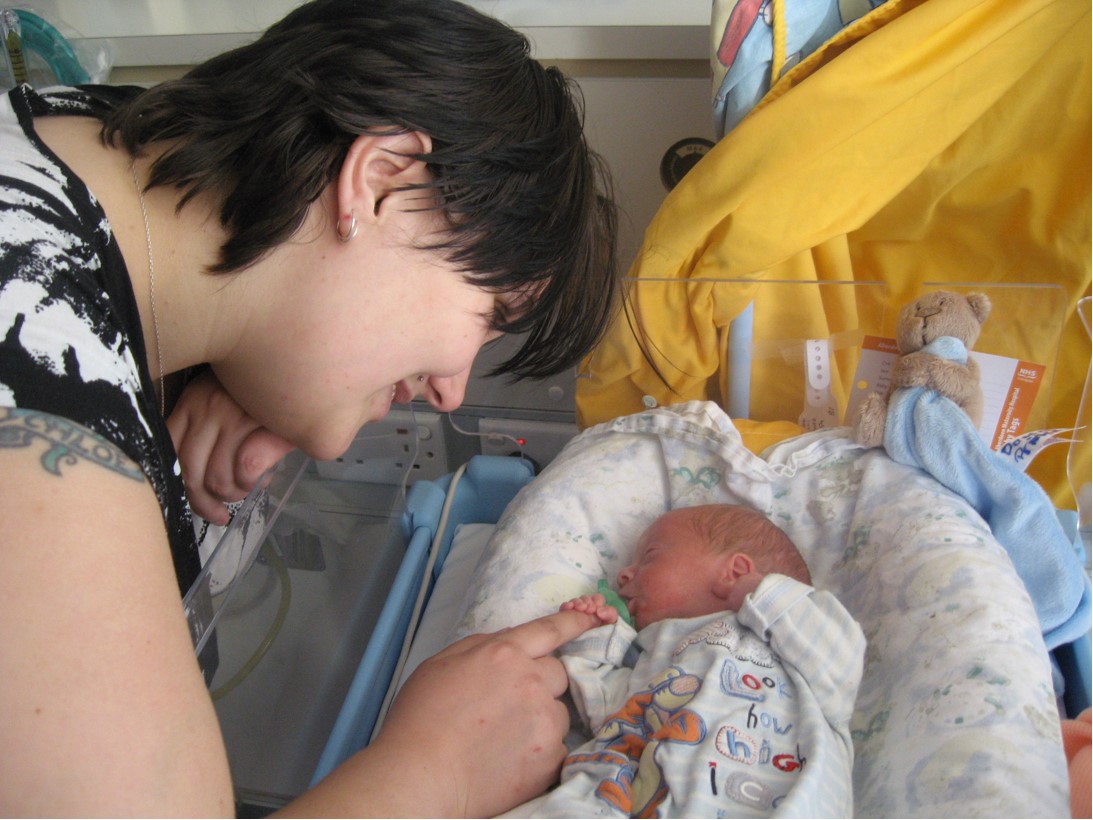 He was taken into a special baby unit as his lungs hadn't developed properly and was on breathing tubes for two to three weeks, but then he started getting stronger.

His dad and me brought him home at seven weeks and he wasn't a poorly baby. He was so bubbly and happy.

We were more protective over him because he was premature, but he had his check up just days before he passed away and the doctors were happy with his health.

I felt suicidal for a long time, the only thing that helped me get out of bed in the morning was knowing I had my two girls. I had to stay strong for them

It was our worst nightmare, David had been fine in the evening but by the morning he was lifeless. We rushed him to hospital but they said there was nothing they could do.

When a baby dies at home, it’s routine for the police to investigate, so DJ was taken for a full body X-ray and scans, while his dad and I were interviewed by police.

They ruled there was no negligence and he died from natural causes.

But I was distraught, I felt like I couldn't go back to the family home – because that was where DJ had died.

Thankfully the council were understanding and put us in temporary accommodation, before moving us to a new flat. 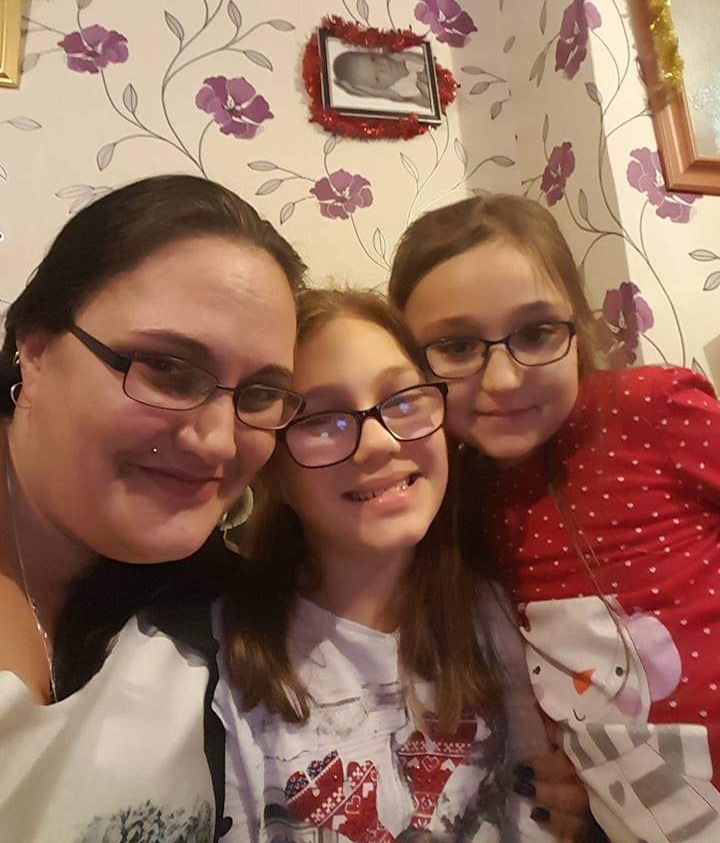 It was a hectic time moving home and planning a funeral – but it was important for my mental health and my girls, who were four and seven at the time.

It was so hard for all of us, we went back to the house only twice after DJ passed away and that was only to pack up our stuff.

I couldn’t go into the front room where he passed away, I couldn’t touch any of his stuff, it made me feel sick.

I was only 26 and had just buried a child. I wish someone had told me to wait. It’s my biggest regret in life

All my family rallied around us, but I felt like I had nobody and was on my own.

I had to stay strong though, because I was a mother. If it wasn’t for my girls, I would have never got through that time.

I felt suicidal for a long time, I refused to leave the house or go out. I wanted to be in my own little bubble. 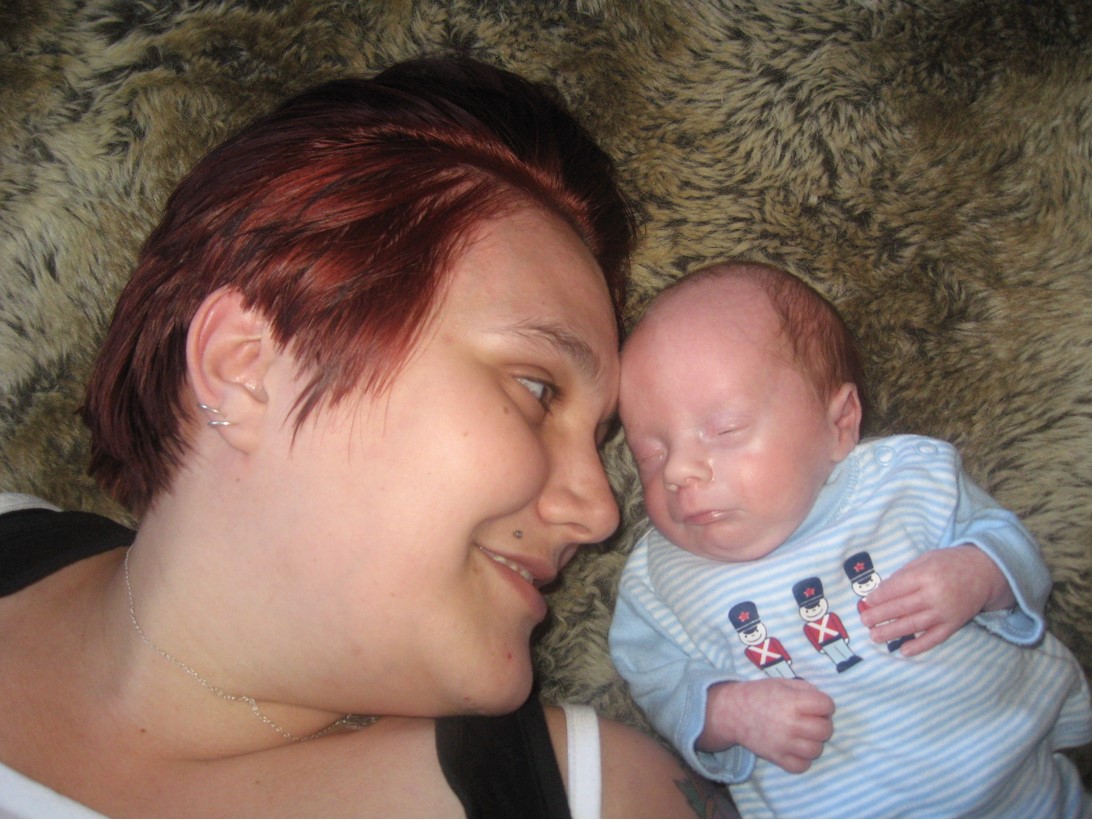 The only thing that helped me get out of bed in the morning was knowing I had my two girls. Me and David's dad also split under the strain of what had happened.

Just a month after David died, I went to see my GP and said 'I don't want to have anymore children right now and I can't have the implant because it makes me physically sick'.

I wanted something to prevent me having children for a good while, I wasn't in the right frame of mind to have more kids.

They suggested being sterilised by having my fallopian tubes clipped and I agreed, but I didn't understand how permanent it was. 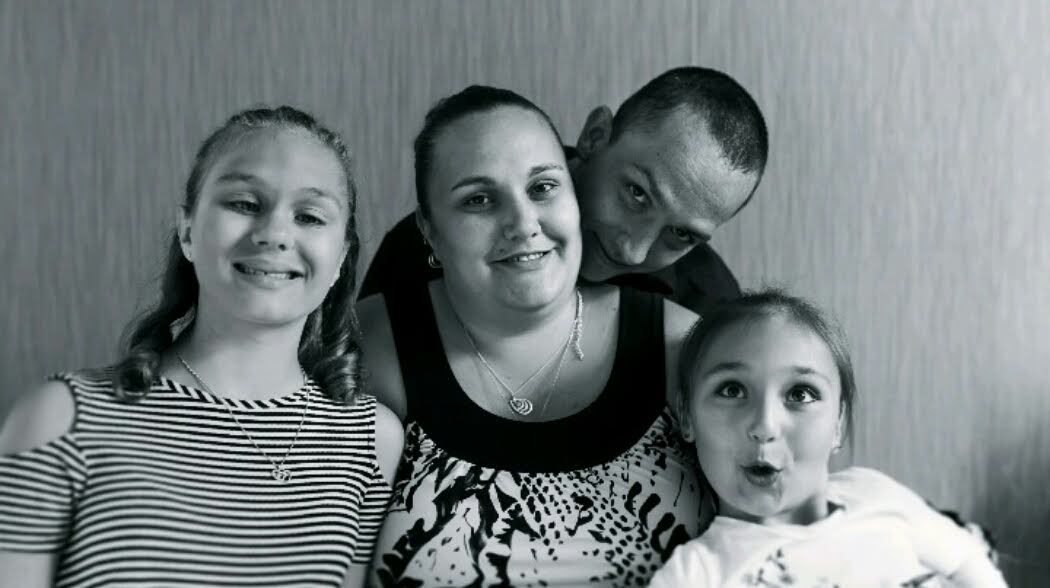 We only buried David on August 22 then I had the operation in October so I was still dealing with quite a lot, I just didn’t think it through.

I wish I’d paid more attention, I should’ve read up about it and realised what it actually entailed. I wish someone had told me to wait. It’s my biggest regret in life.

I do feel angry at the doctors, with someone at the age of 26 who’s just buried a child, you’d think they’d be a bit more understanding and suggest some other options. I don’t feel like there was much support for me.

I do worry about time running out, I’m 33 now. I feel scared and like I'd be a failure as a person if I couldn’t have kids. I just want the chance to complete my family

Then, I reconnected with my old flame Chris, who I grew up with in Ashton, Greater Manchester.

We were family friends and had married in July 2010 but we divorced a year later, under the strain of family problems I had at the time.

Chris always stayed in touch over the phone, and was there for me when he heard about losing David.

In June 2016, we met in person for the first time in years, and were instantly hooked. We got together in August and re-married in September 2017. 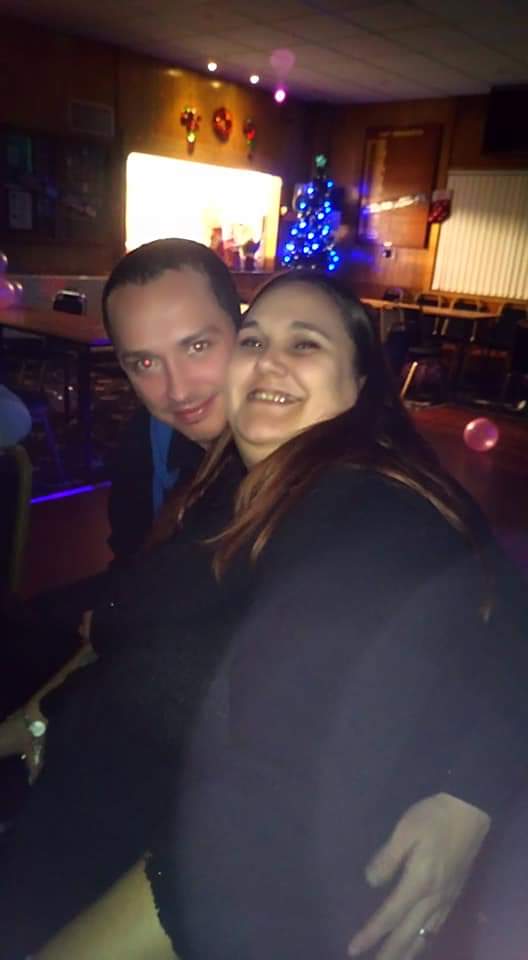 He's not my girls' dad but he's been amazing with them, he's helped us all heal.

Chris supports us through everything and helps us on our tough days like my little man’s anniversary.

Now we want to be able to complete our family, but doctors have explained I can't get the sterilisation reversed on the NHS.

They'll pay for IVF but only when you don't have kids, and Chris and I both have children from previous relationships.

Female sterilisation and reversal – the facts

Female sterilisation is considered a permanent form of contraception.

The operation involves cutting, sealing or blocking the fallopian tubes – to prevent eggs from reaching the uterus, where they could become fertilised.

The op can be reversed but there's no guarantee you'll be able to get pregnant again, although the chances are higher if you get the tubes clipped – as opposed to one of the other methods.

Sterilisation isn't available on the NHS but you can get it done privately, normally costing £3,000-£5,000.

For this reason, sterilisation shouldn't be recommended unless you're certain you don't want kids.

The contraceptive implant, injection or IUD (coil) are more suitable for preventing pregnancy for a few years.

I found a clinic in Nottingham who can reverse it for me, but it costs £4,000. I was horrified when I found out how much it costs – that's a lot of money for us.

I am a full-time disabled mum and Chris is my carer. I have an irregular heartbeat and suffer with musculoskeletal disorder so I’ve been in a wheelchair for five years now.

There are days I can’t physically stand up on my own, so Chris can't leave me to go to work. We get about £1,800 a month in benefits – so there's no way we can afford this.

We've started a GoFundMe page to ask for donations, because this means everything to us.

It's a simple procedure – they’ll make two incisions in my belly button and where my C-section scar is, then they’ll remove the clips and widen the tubes. 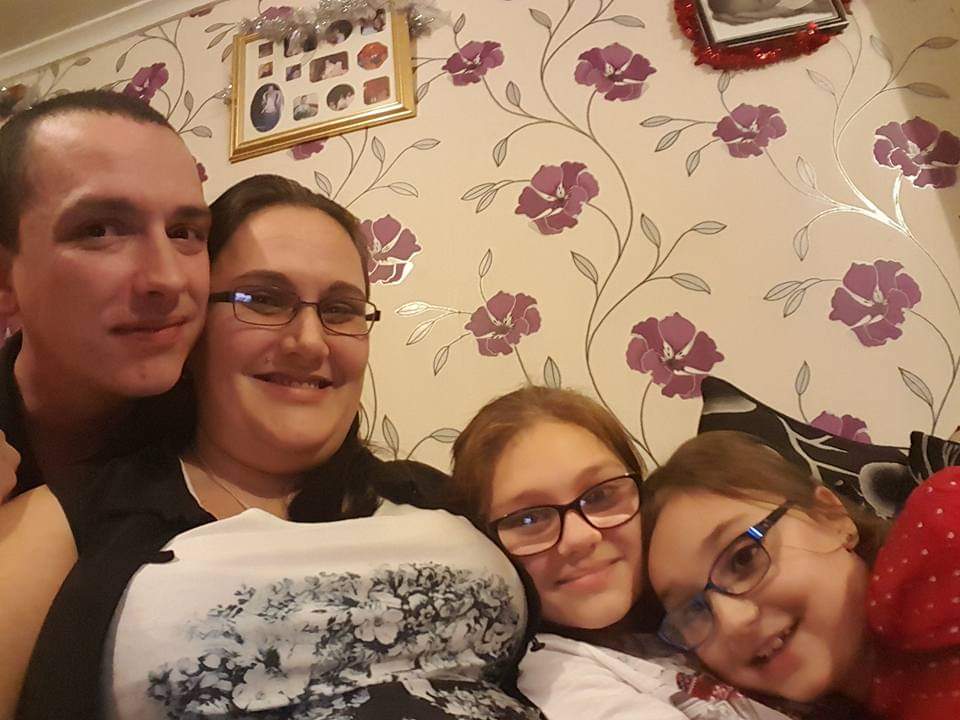 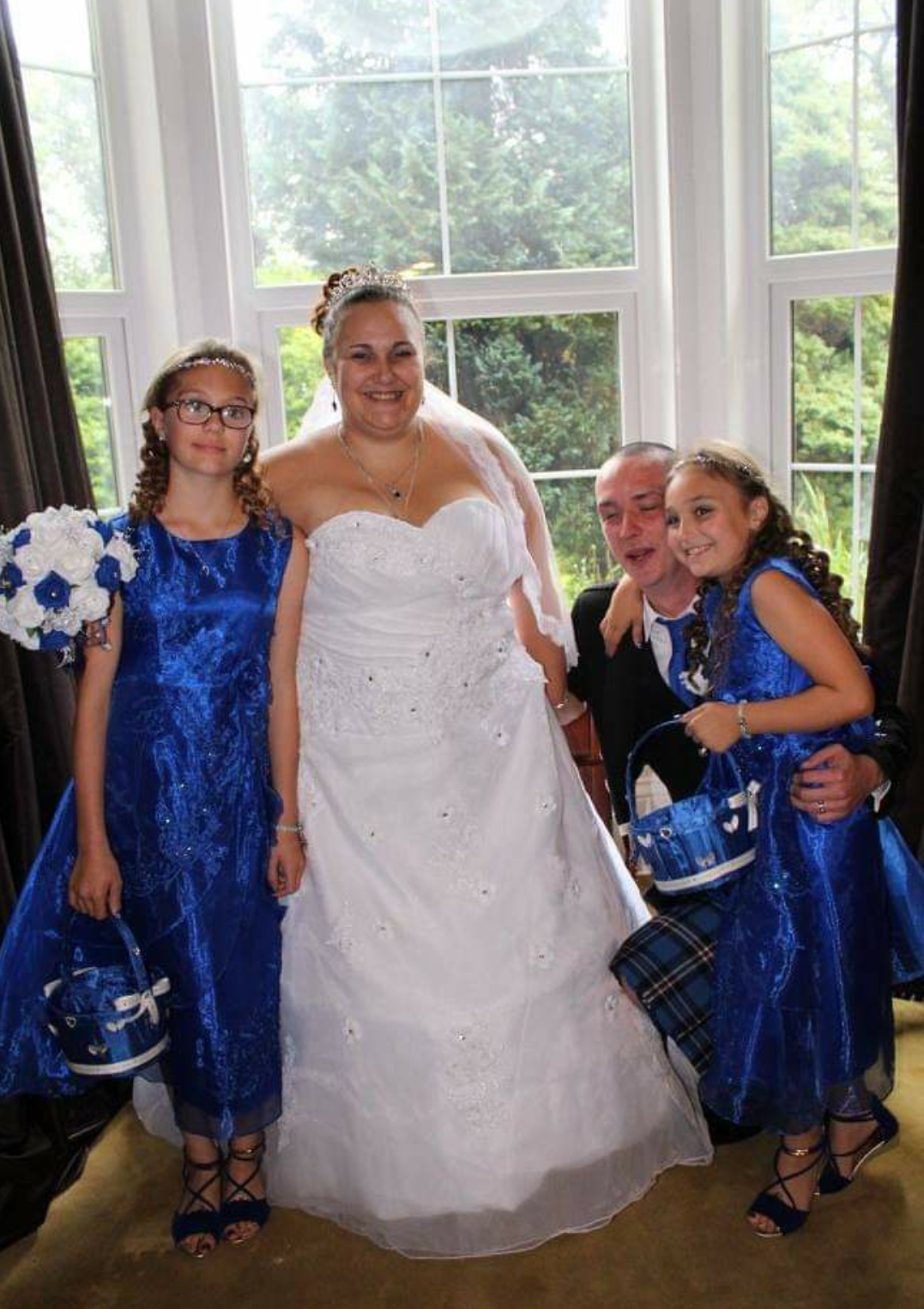 Because of my age and because it’s only a clip, there’s a 75 per cent chance I’ll be able to have kids afterwards.

I do worry about time running out, I’m 33 now. I feel scared and like I'd be a failure as a person if I couldn’t have kids.

I wouldn't have blamed Chris if he'd walked away, but he's been amazing.

He knows how much I regret getting the op in the first place, but also what a bad place I was in at the time. Now I just want a chance to complete my family.

You can donate towards Bianca's operation here.

If you are having suicidal thoughts, suffering from anxiety or depression or just want to talk, call The Samaritans on 116 123.