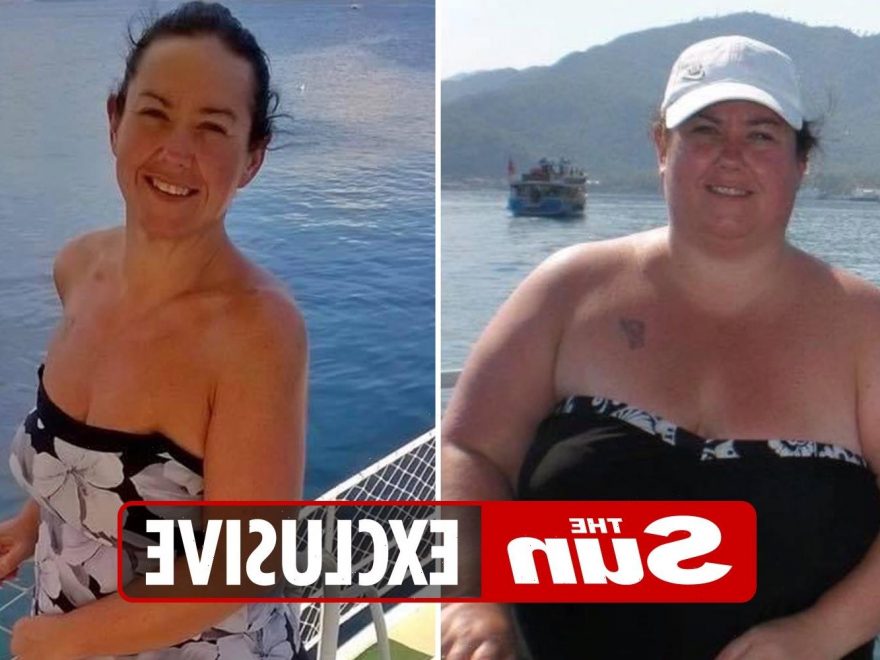 WHEN 24st Angela Chesworth was turned down for a gastric bypass, she felt like her life was no longer worth living.

Years of cruel bullying, failed diets, struggling to find clothes to fit and the emotional toil of caring for her late mother had taken its toll. 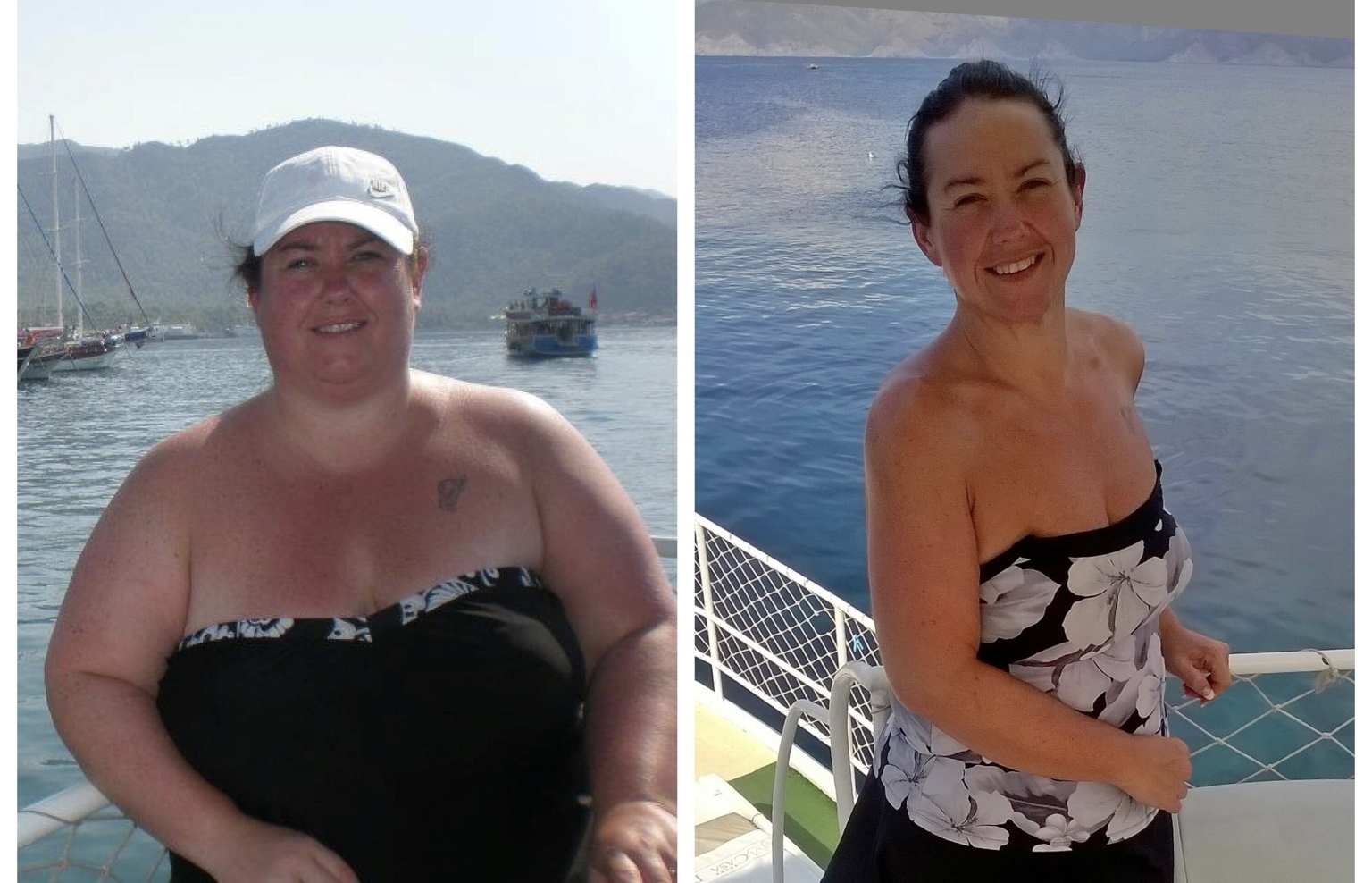 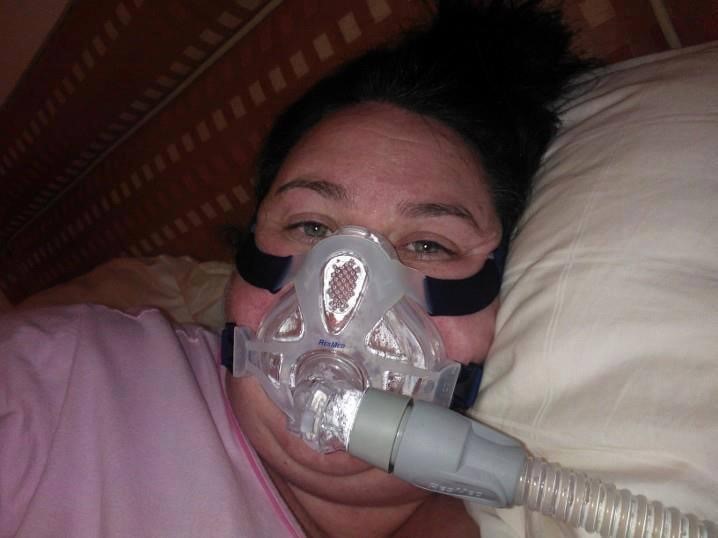 She hit rock bottom and drove to her local beach intent on ending it all.

"To this day, I don’t know what stopped me taking my own life," Angela, 47, from Bootle, Liverpool told The Sun.

"I went back to my GP and explained my mental health problems, and I was reassessed and funding was finally approved for surgery, undergoing a Roux-en-Y gastric bypass (RYGB) in October 2013.

"I got the best possible results, but knew I also had to change my whole mindset around food, so I underwent 18 months of cognitive behavioural therapy too – I simply had to make this work, or I knew I’d kill myself."

Angela's first ever dietician appointment to discuss her weight happened when she was just 10 years old.

She said: "I was basically the only really fat kid at school, and would have to give one particularly horrible bully 20p and a chocolate bar every day or she’d beat me up.

"I became a recluse, not wanting to go out or mix with other kids and hated myself.

"I left school at 16, when I weighed around 17st, having regularly been back and forth to speak to doctors and other weight loss specialists, but nothing worked.

"I hated school so much I’d regularly drink vinegar to make myself sick so I could stay home, so I left with no qualifications."

Angela managed to get a job in a shop, but told how none of the uniforms fitted her, so she had to sew together two of their dresses.

She claimed when a promotion came up, she was told that because she worked in fashion, she "didn’t physically fit the image".

Still living at home, she became a carer for her mother who died of lung cancer at just 51, taking away one of the few supports she had.

Angela said: "I tried a succession of jobs and diets, losing a stone but then putting on two – my life was slowly heading downhill. 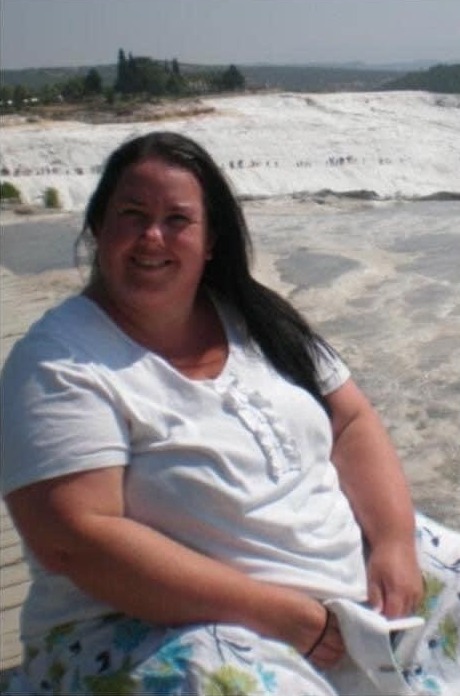 "Every time I saw the GP, he’d tell me to eat less and move more, giving me the same leaflet every time with advice on calorie counting.

"There was this assumption I was a lazy gluton, but whatever I did made no difference to my growing weight."

At 27 Angela met her first husband through work, and five years later they got married.

She said: "I genuinely believed I loved him, and we made some good memories together, but we became like brother and sister.

"There was no real passion there, nothing to really hold us together.

"My problems got worse when I started to binge eat, often waking up in the kitchen in the middle of the night surrounded by empty food packets and wrappers.

"I’d literally have no memory of what I’d done, but felt more worthless than ever.

"Soon food became a way to commiserate and also to celebrate – in short almost every situation. Food became the opposite of a treat for me, it was a trap, torture, and I couldn’t escape."

On one holiday to Turkey in 2006 Angela was rushed to hospital with searing stomach pains, requiring emergency surgery to remove over 100 tiny gall bladder stones.

She said: "I was told if I hadn’t had treatment, I’d have died within 24 hours – I spent almost a month alone in that hospital in intensive care, every minute planning how I’d change for good when I got home.

"Back in the UK, my husband and I both pledged to do two-hour workouts every day, and watch our diets – but while my husband lost weight, I saw no benefits, no improvement.

"Further tests then showed I was suffering from sleep apnoea.

I woke up in the night surrounded by food packets – I’d have no memory of what I’d done, but felt more worthless than ever

"My weight was causing me to stop breathing dozens of times a night, massively affecting my energy levels and meaning I had to wear a CPAP oxygen mask at night."

In 2012 Angela's weight loss consultant finally agreed he could see proof she had a medical issue which required bariatric surgery.

After the first application for government funding for surgery was turned down, Angela was finally approved and the operation went to plan with minimal complications and a fast recovery.

A few weeks after her surgery, she and her husband decided to call it a day.

"Our 15-year marriage had been falling apart for years and I wanted a fresh start, a new me," she said.

"I’d vowed never to have to kids because I didn’t want them to go through the horrendous bullying I did as a child."

"Little did I know that within months everything I knew would change, my old life would be a distant memory and I could start living again."

Less than 12 months after her operation, having dropped to 12st, Angela signed up to an Obesity UK support group in Liverpool to help others embarking on the same journey she'd been on.

She said: "I was losing weight very quickly, but I was also single for the first time in decades, which is why the obesity support group became such a lifeline for me, a group of people who could understand who I really was."

It was here she met Paul Chesworth, who was at his wit’s end looking for guidance and help from others who might understand his challenges. 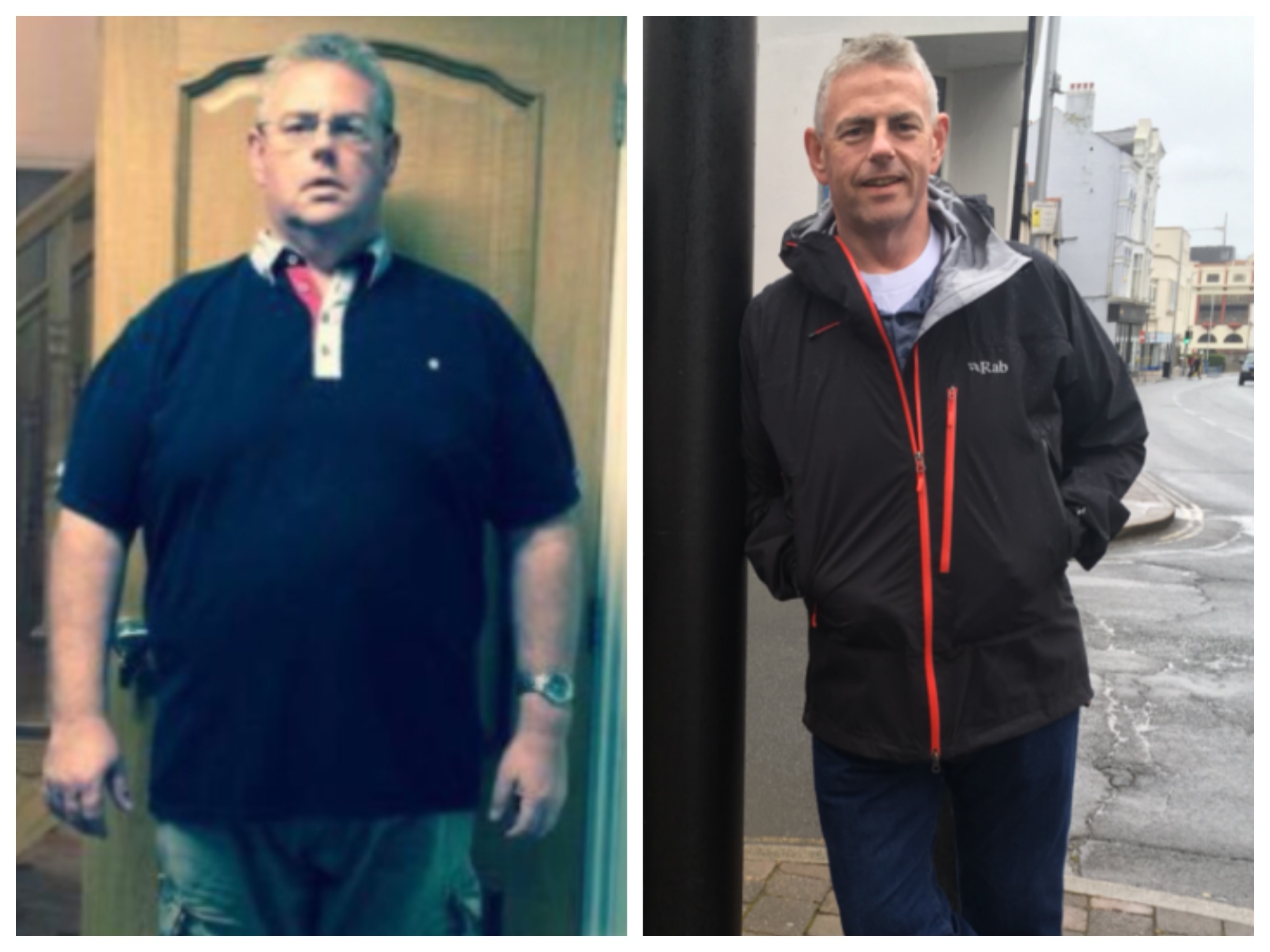 Paul weighed 26.5st and had type 2 diabetes, meaning he relied on medication. Not only that, he had recently lost his obese dad to a heart condition.

When Angela first set eyes on Paul, she said she felt an instant connection.

She recalled: “We got chatting and Paul started talking about his passion for motorbikes.

"One of my ‘non-scale victory’ goals having lost the weight was to ride a motorbike, something I hadn’t managed to achieve yet.

"Paul said he’d love to take me out one day and make my dream come true. He just had this lust for life which I clicked with, and I knew I’d found someone special.

"While Paul was obviously massively overweight, I could see the amazing person inside, having spent my whole life in exactly the same position."

Paul, 56, told how he too was always the "big kid" at school despite being very active, and while he had a loving home, he grew up watching his dad struggle with his weight knowing he'd suffer the same problem.

When he left school at 16 and got a job with British Gas, he became more sedentary as he moved up the ladder and the weight crept on.

He said: "My Achilles Heel was food, always ‘treating’ my partner and me with massive takeaways, or three-course dinners out in fancy restaurants.

"I tried every diet going, but nothing worked. The wake-up call was when I was 45, weighed over 26st, and like my dad was diagnosed with type 2 diabetes. 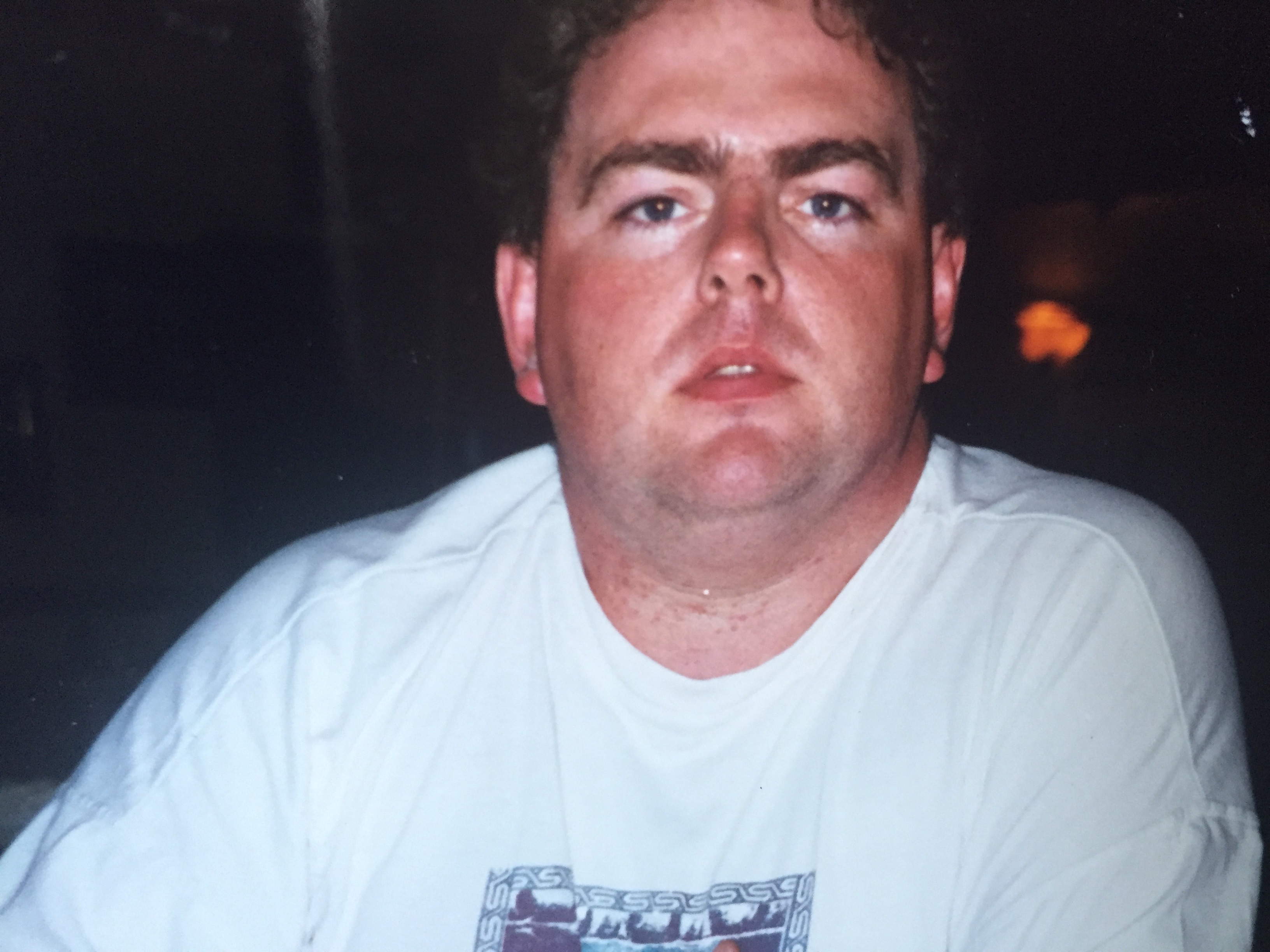 "I’d seen the dramatic impact this had had on dad, how he was now reliant on a mobility scooter and his quality of life hit rock-bottom. Finally, in 2013 his heart gave in.

"I didn’t want that to happen to me, but the increasing amount of medication I was taking for my diabetes pointed in only one direction.

"I’d never really considered bariatric surgery, but a conversation with an old school friend who’d become a nurse changed that.

"I’d constantly blamed myself, that this was my fault, but she helped me understand that obesity is a disease and how surgical techniques had improved massively in recent years.

"My own research then showed me how bariatric surgery could be a game-changer and not just lower my weight, but reverse my diabetes death sentence.

I tried every diet going, but nothing worked

"I badgered my family doctor, who finally put me on the two-year weight management programme to prepare me for surgery.

"I had to have psychological assessment, education on nutrition, all the elements which would maximise long-term success.

"Part of this was going to the Obesity UK support group, where for the first time I didn’t feel alone, I could ask all the questions I’d been holding inside for so long and make friends who understood me.

"I guess it’s little surprise that my partner of 30 years and I broke up – it must’ve been hard for her to live with me too, but I needed to make a fresh start on every level." 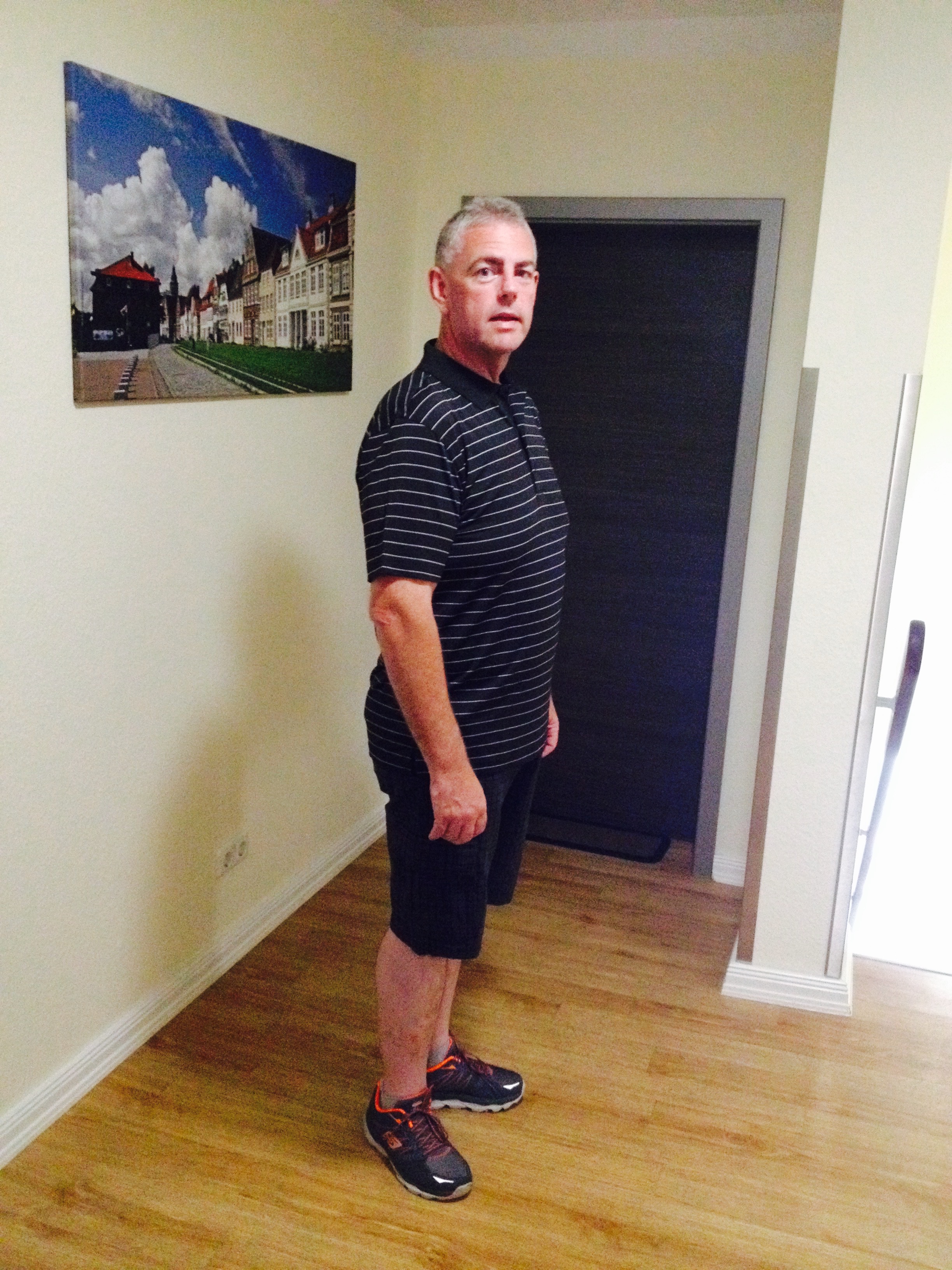 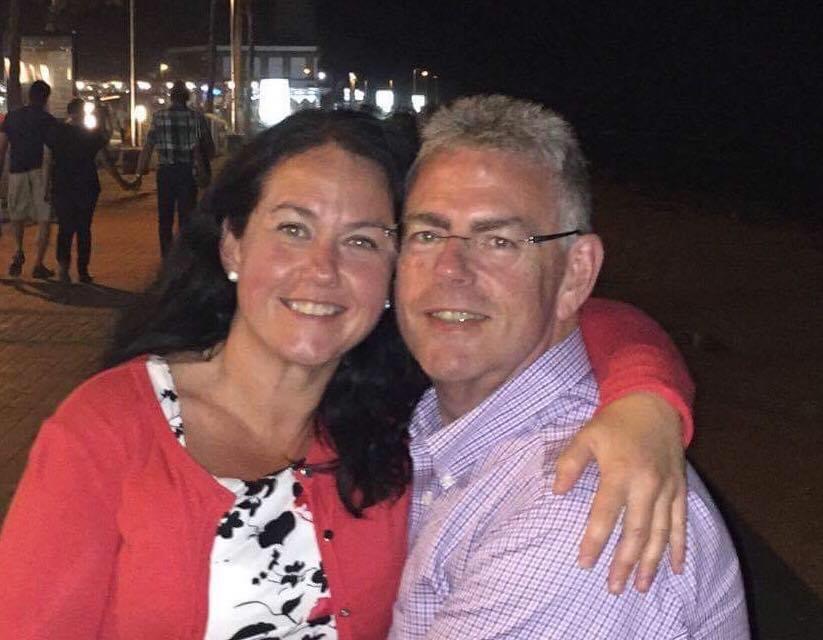 He said: "By then Angela and I were very close friends, but the kindness and attention she showed me through all of this meant everything to me."

Overnight Paul went from taking up to 10 tablets a day for his diabetes to none and lost 12st within a year. He now weighs 14st.

With regular walks and social events with their support group, gradually Paul and Angela became a couple.

Within 12 months Paul had also dropped over 12st, weighing in at a healthy 14st. He and Angela married three years ago.

Paul said he is so grateful to have been granted his surgery, which cost the government £8,000 – but he estimates that he was previously costing them around £3,000 a year in medication – costs which would’ve only grown exponentially as I needed more care and medication.

He said: "I can do so many things now I’d only dreamed of, travelling the world with Angela not worrying if I’ll get stuck in the airplane seat, long cycles in the countryside, just having a future to cherish with my amazing wife by side all the way.

"When I take Angela out for a ride on the back of the motorbike now, we always laugh at how lucky we are to have this amazing second chance at life, how we want to inspire other people to not give up. Life is simply wonderful!” 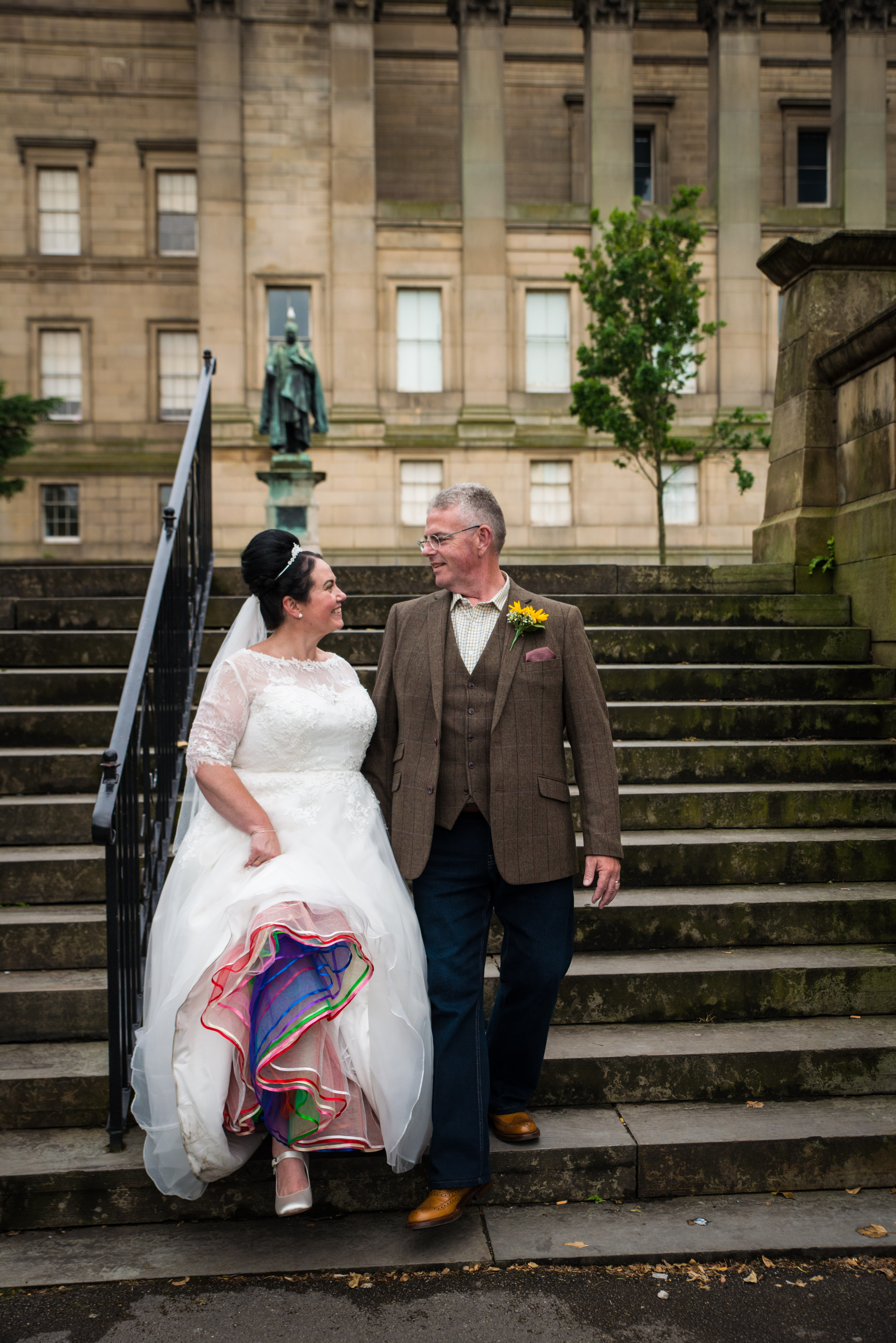