A WOMAN has revealed how she's been ‘jazzing’ up her ‘dull’ home by applying colourful polka dot vinyl stickers to multiple surfaces for just £30.

Victoria Gonzalez, 35, from London said she appreciates polka dots are not ‘everyone’s cup of tea’ but feels her new vibrant interior lifts her spirits. 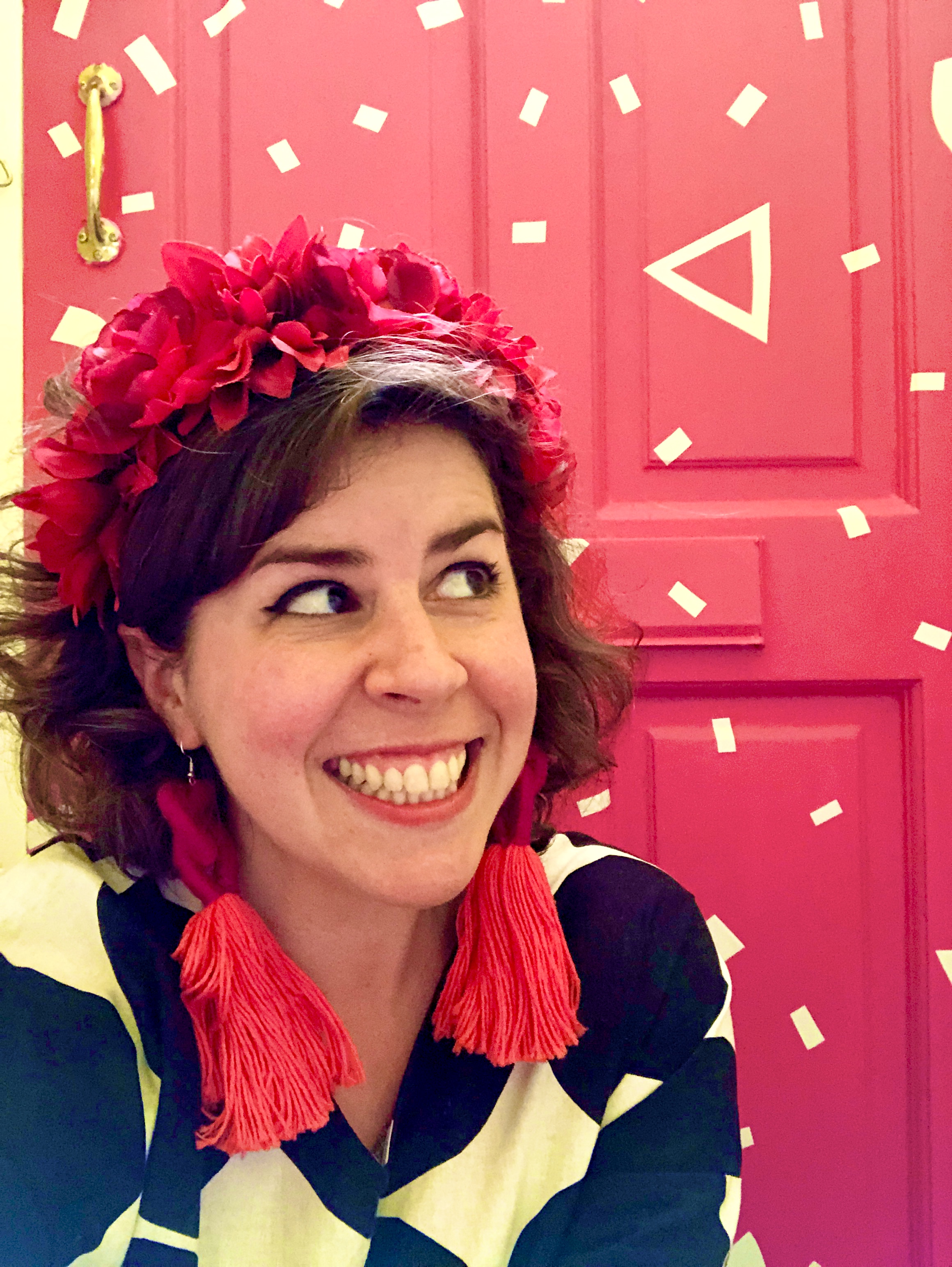 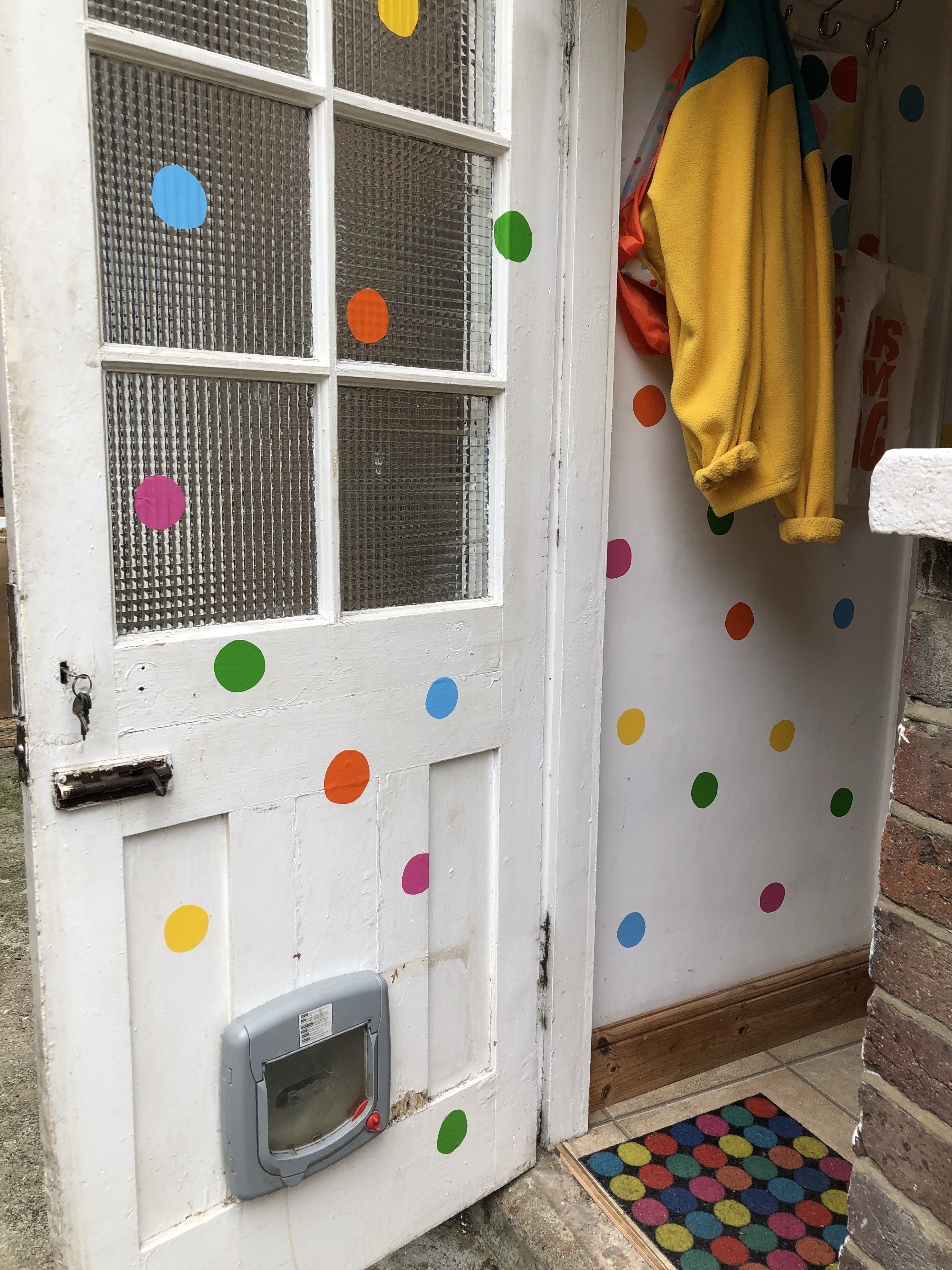 But the self-taught illustrator and surface paint designer admitted the ‘tastefully decorated’ design wasn’t her style at all.

So the mother-of-one spent two nights ‘zjhuzzing’ up her home – covering her kitchen in polka dots as well as adding colourful shapes to her front door, decorative plants and mugs.

She shared her colourful transformation on Facebook, writing: "I’ve been zjhuzzing up my kitchen with POLKA DOTS. 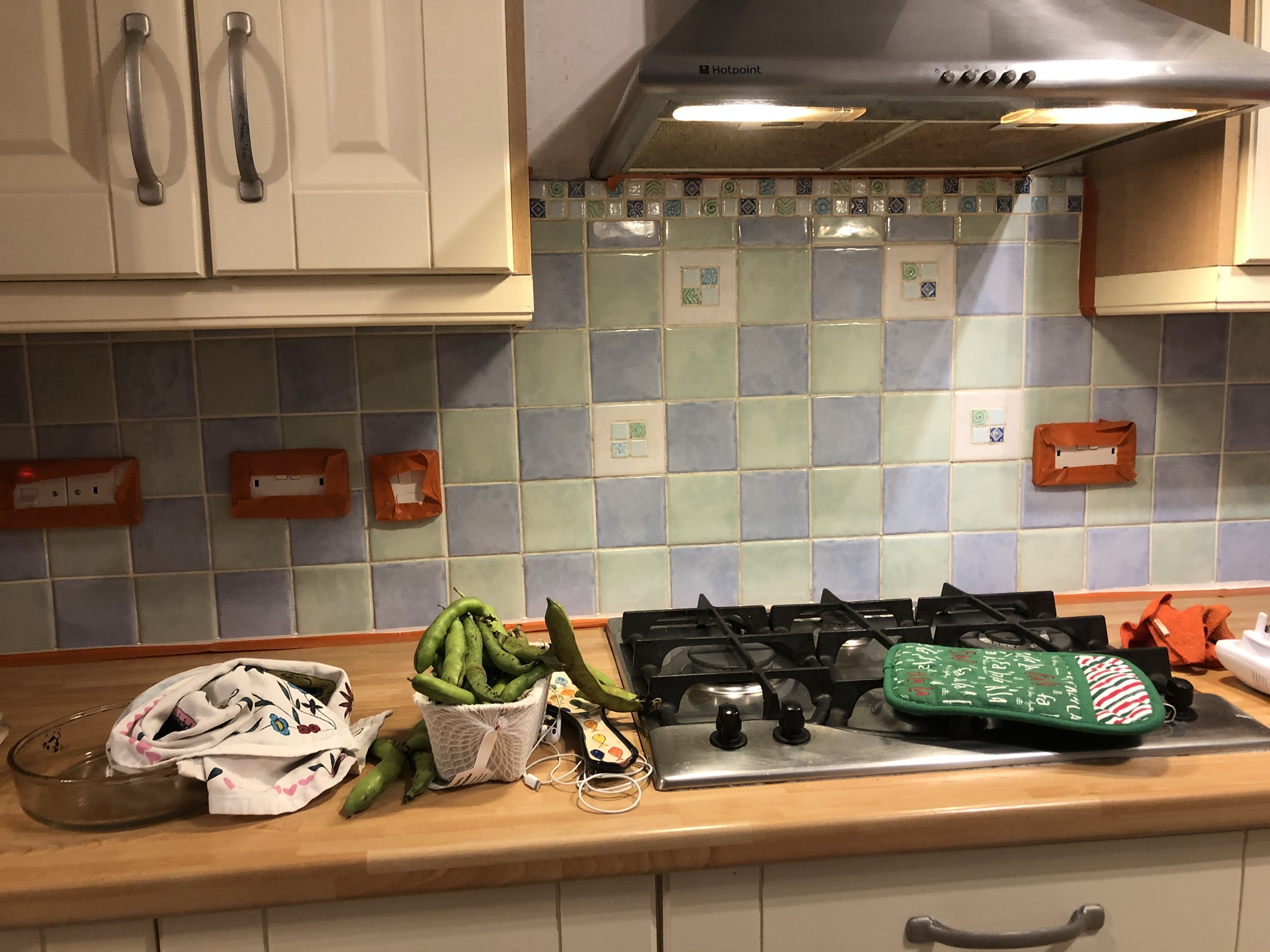 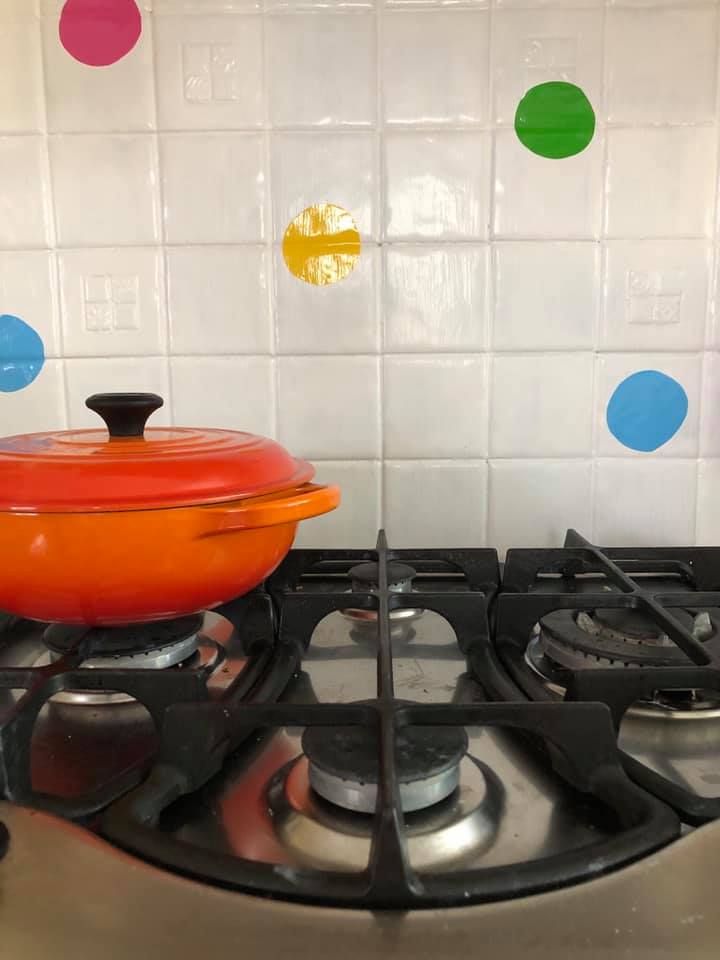 "The odd plant pot may also have fallen victim to my new vinyl obsession too!"

Victoria admitted that she thinks she now has over 300 polka dots in her home – including on her walls, furniture and clothing in her wardrobe.

However she is thrilled she has been able to do something fun and completely different. 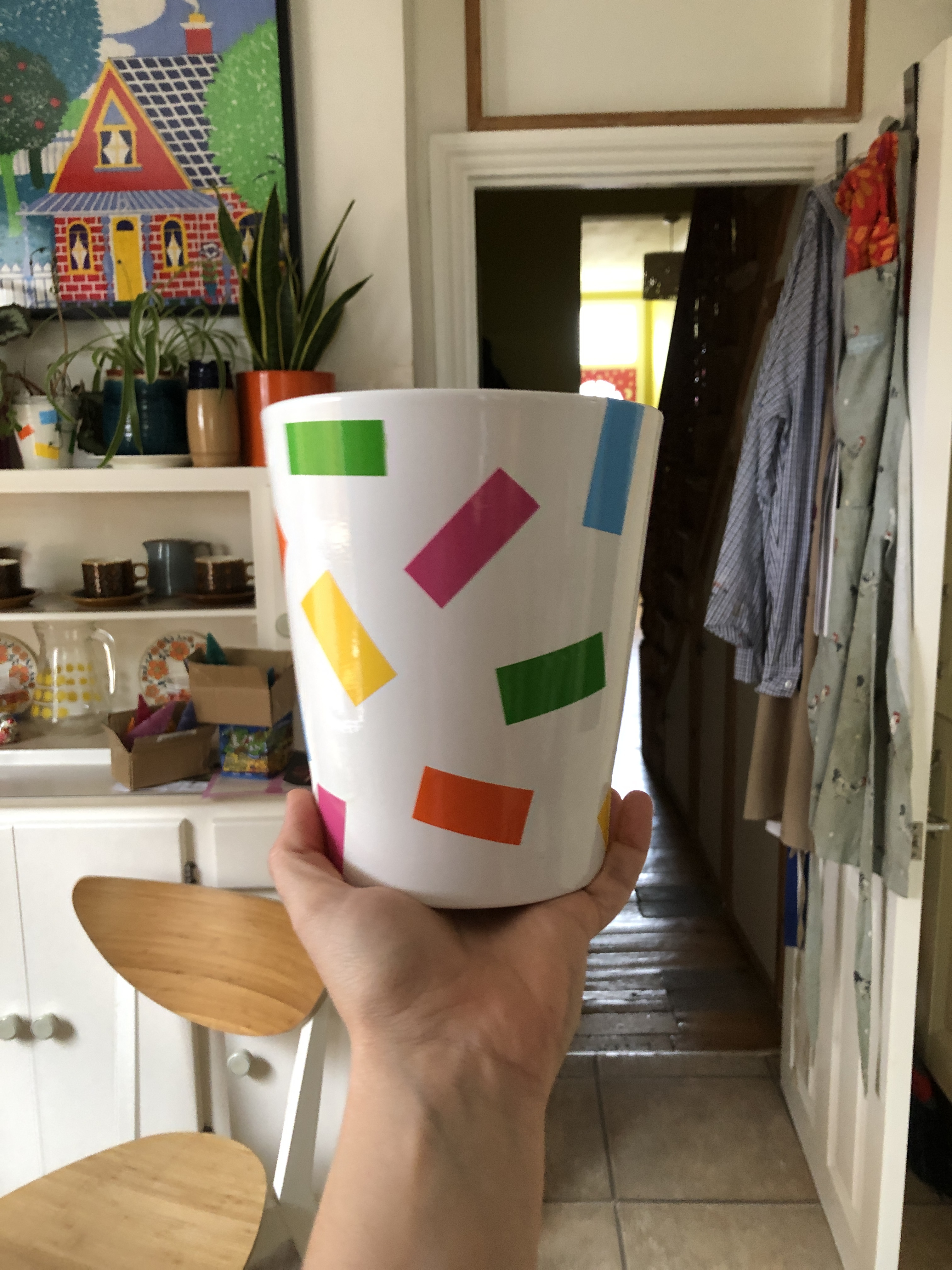 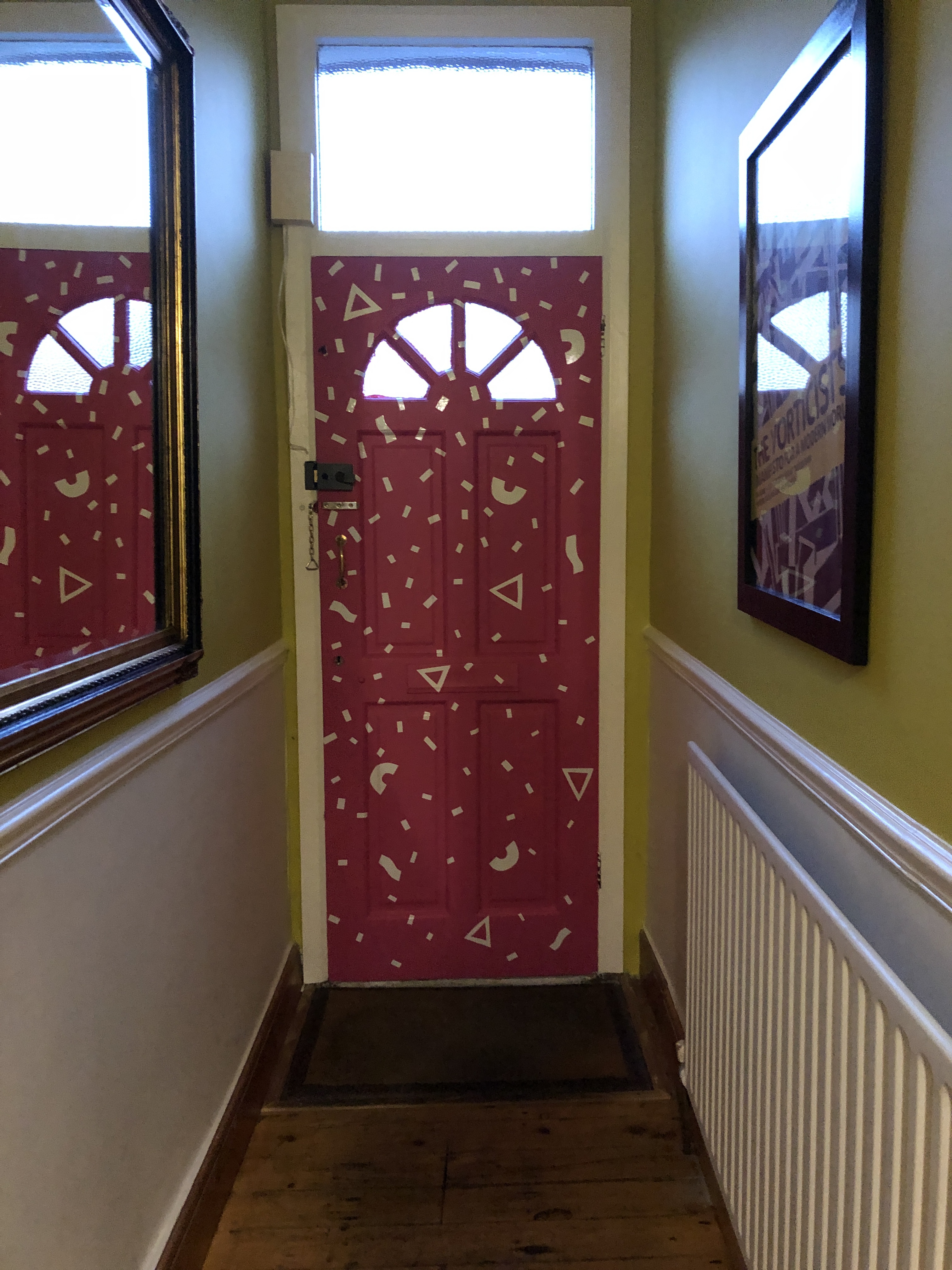 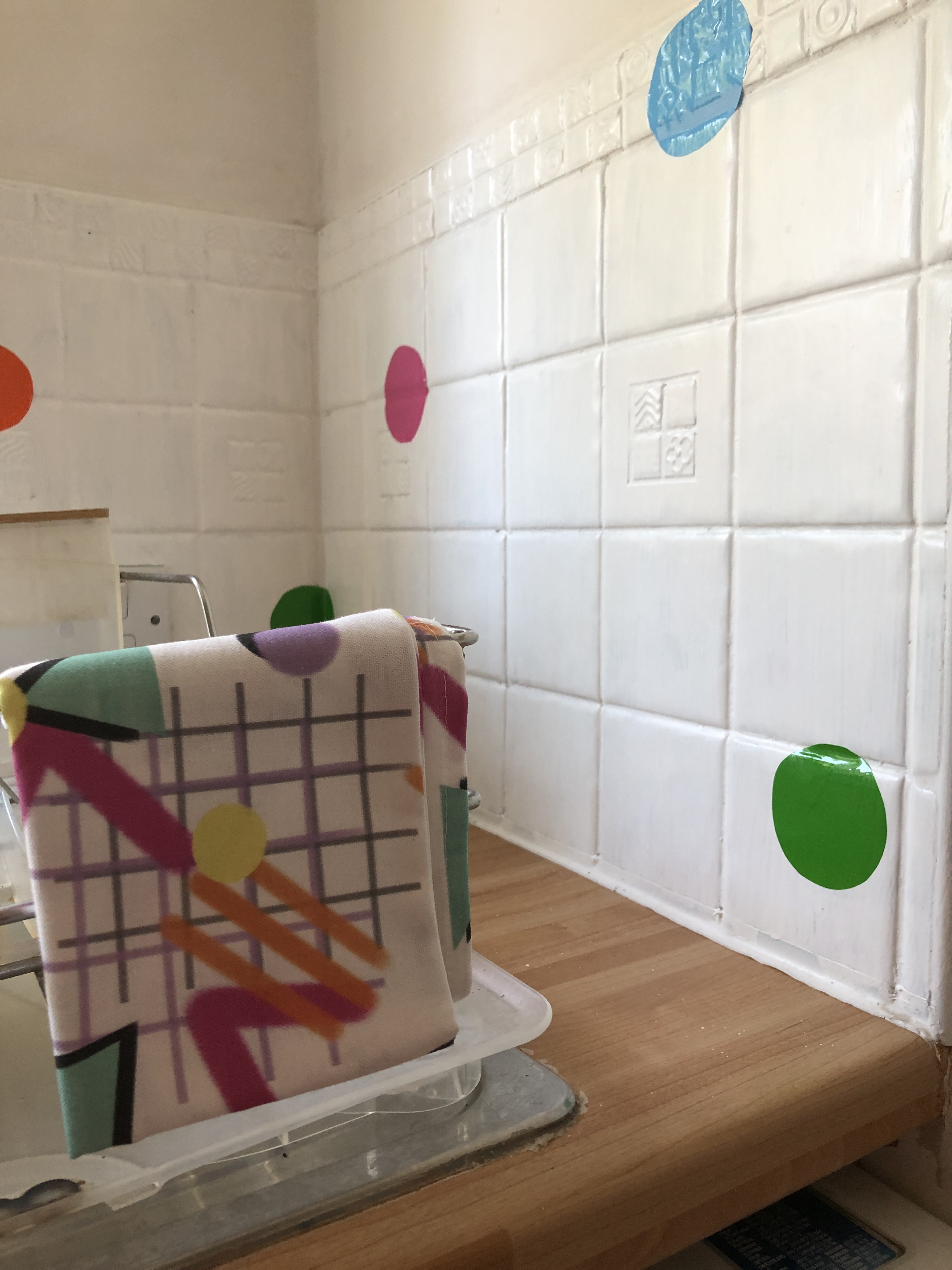 The mother, who is also the founder of Happy Stuff Studio, said she really started to explore her creativity during coronavirus lockdown and began focusing on her illustration business.

Victoria said: "It wasn’t until the birth of my daughter two years ago that I decided I wanted to make illustration my living full-time and really explore my creativity.

"When Covid hit I was working as a freelance music teacher but once the schools shut I was forced to rely solely on my illustration, and it’s actually proved a pretty good kick up the bum! 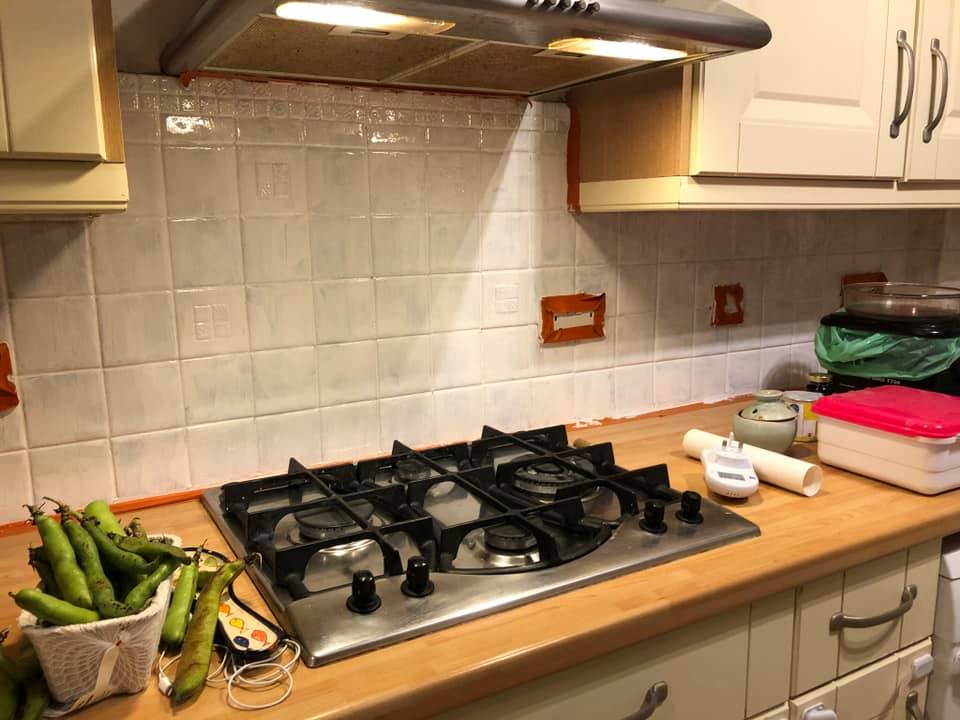 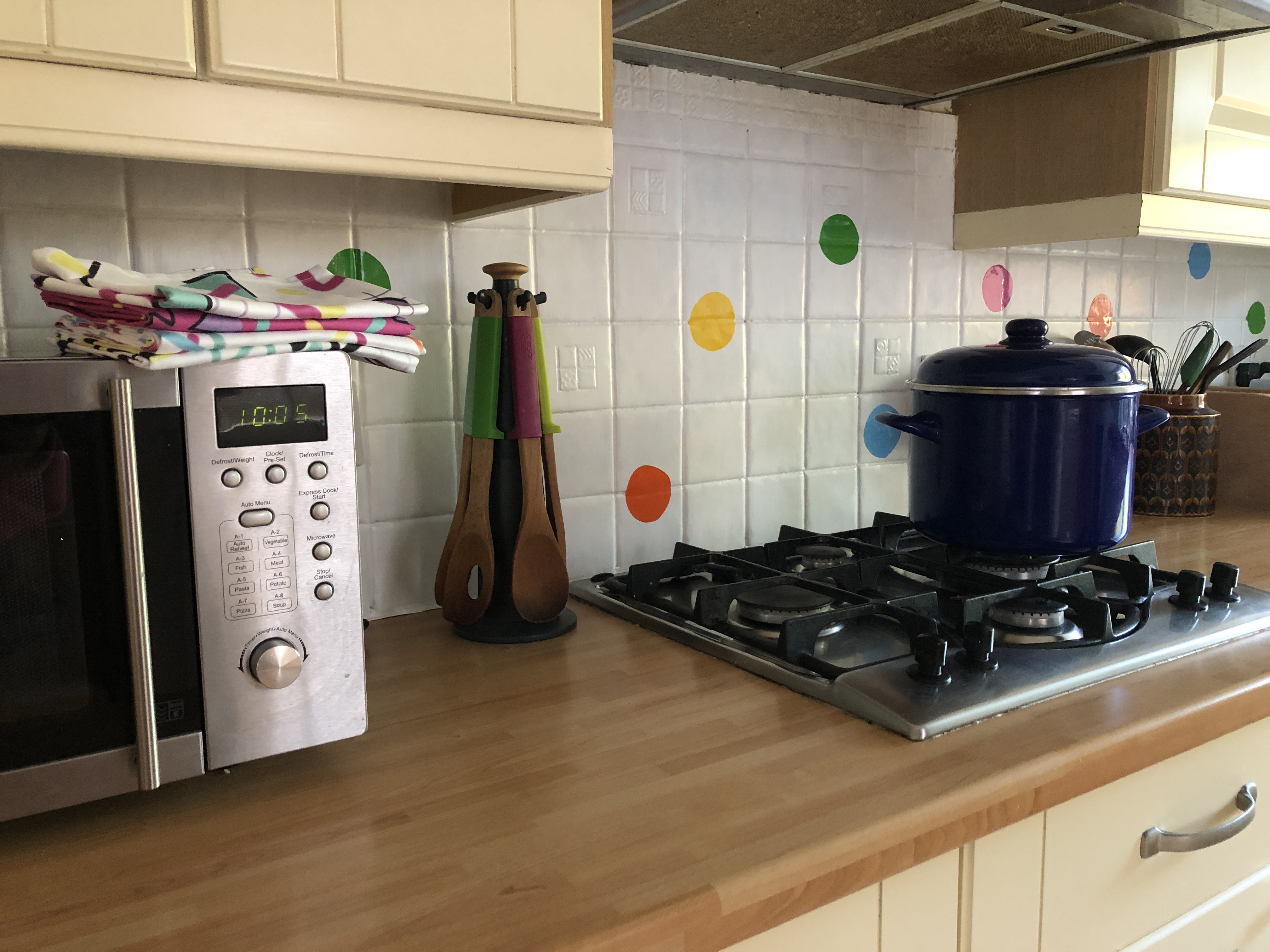 "When we moved into our house it was all very tastefully decorated in off-white and pastels.

"I’ve been very slowly adding pops of colour and fun little features for no other reason than they make me happy and because I am incapable of sitting still!"

Victoria admitted her kitchen felt ‘really uninspiring’ and she had planned to redecorate it for a while – and Covid seemed like the perfect opportunity. 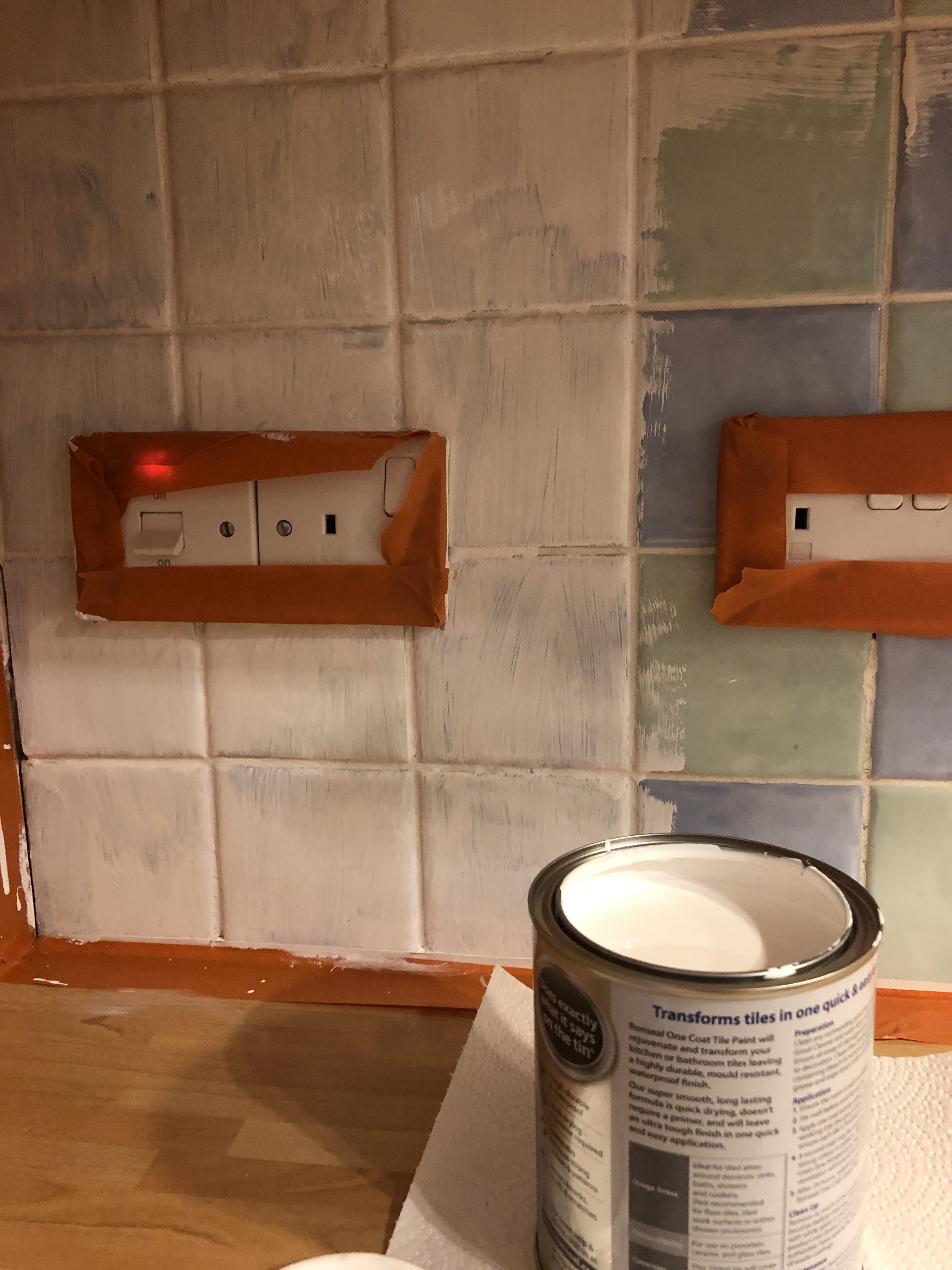 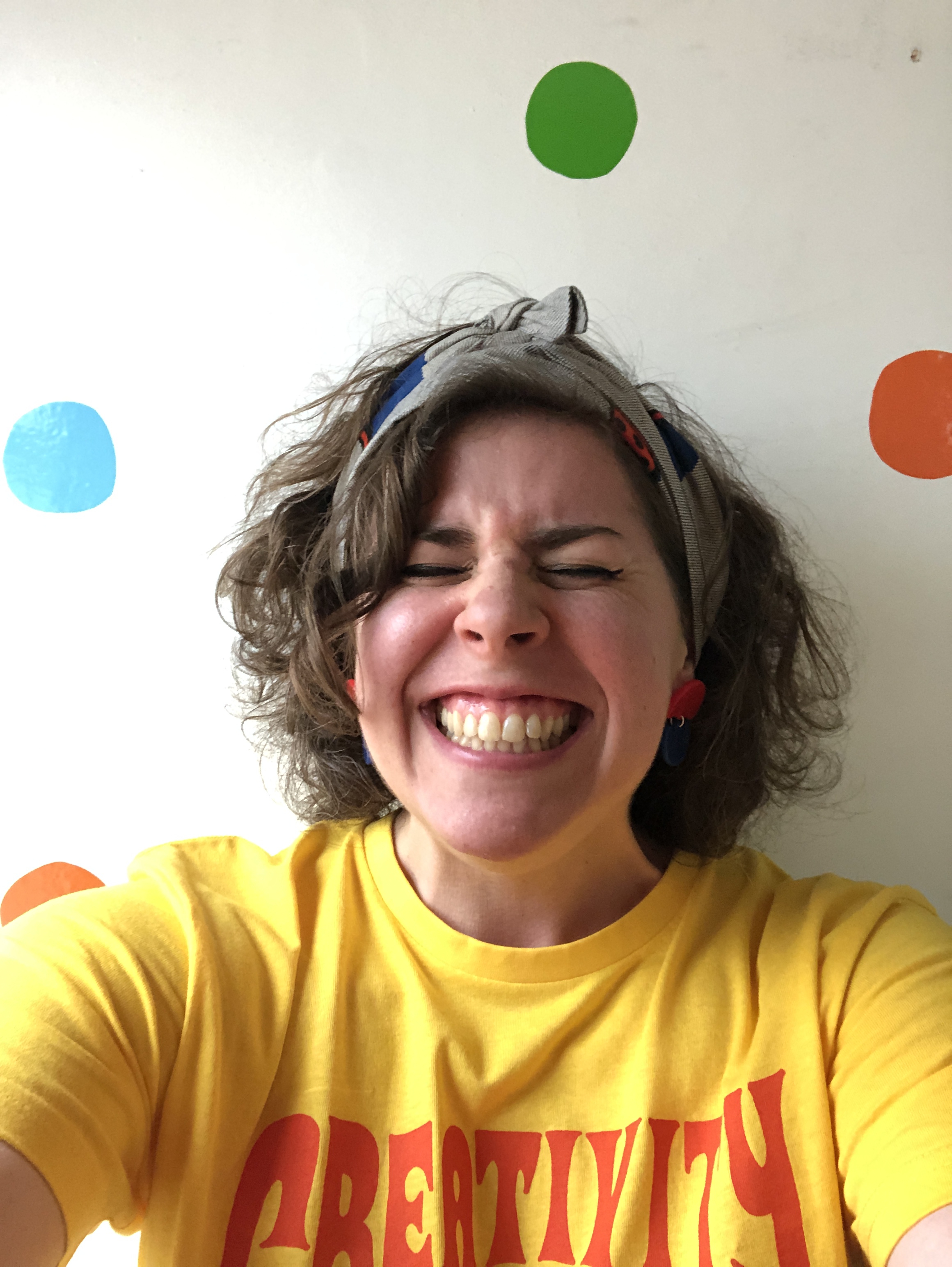 She said she wanted something colourful that reflected her personality and felt like the white and magnolia kitchen theme was ‘dull’ and ‘very beige.’

The illustrator also wasn’t keen on the blue and green pastel tiling in the kitchen but was concerned vinyl decals wouldn’t work well with the shape of the tiles.

She said: "I just wanted to do something fun and different. I wanted something colourful that more reflected my personality.

"I bought some self adhesive vinyl to jazz up the back of our front door, and cut out free hand some Memphis inspired shapes, and it now looks brilliant. 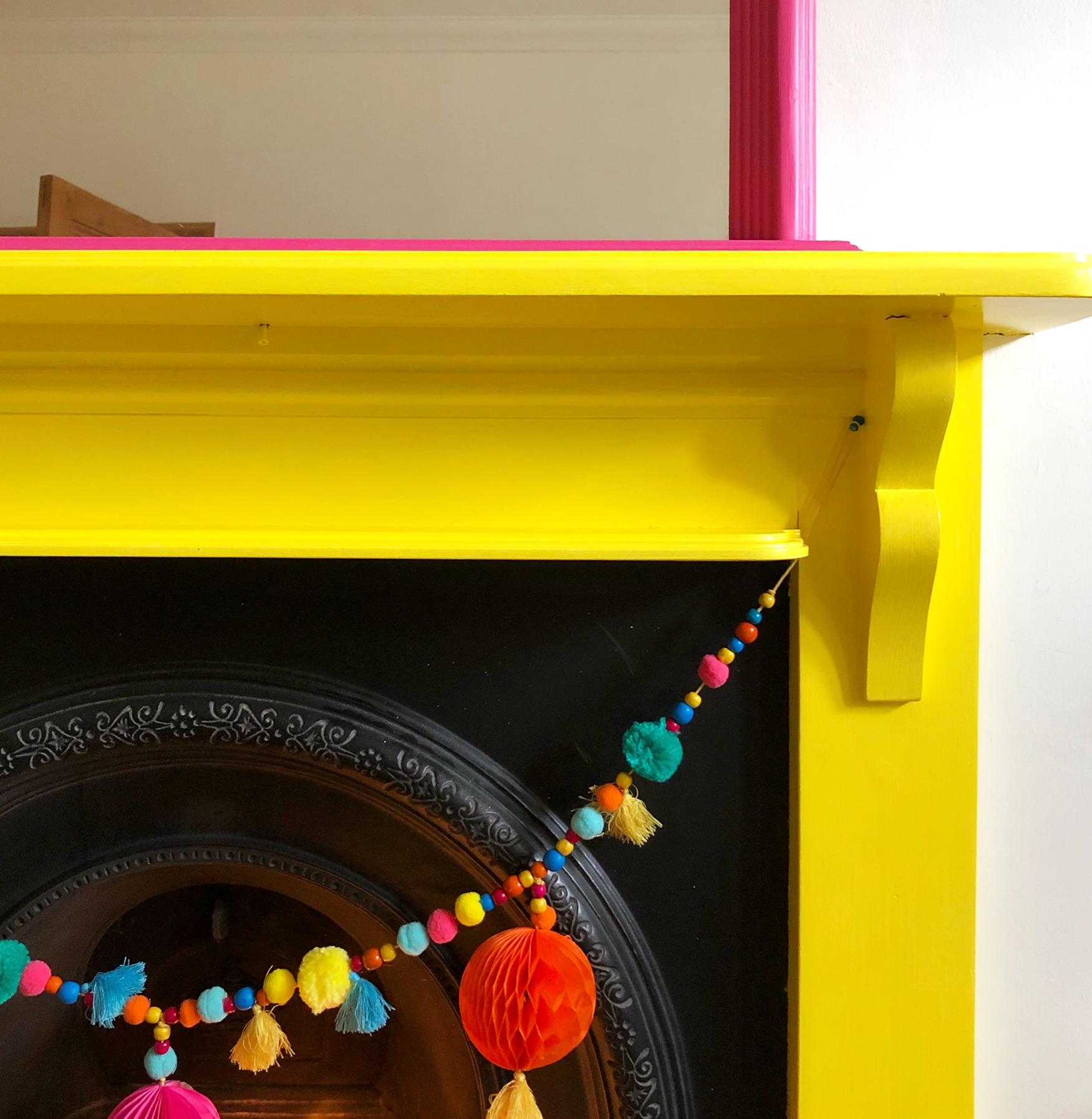 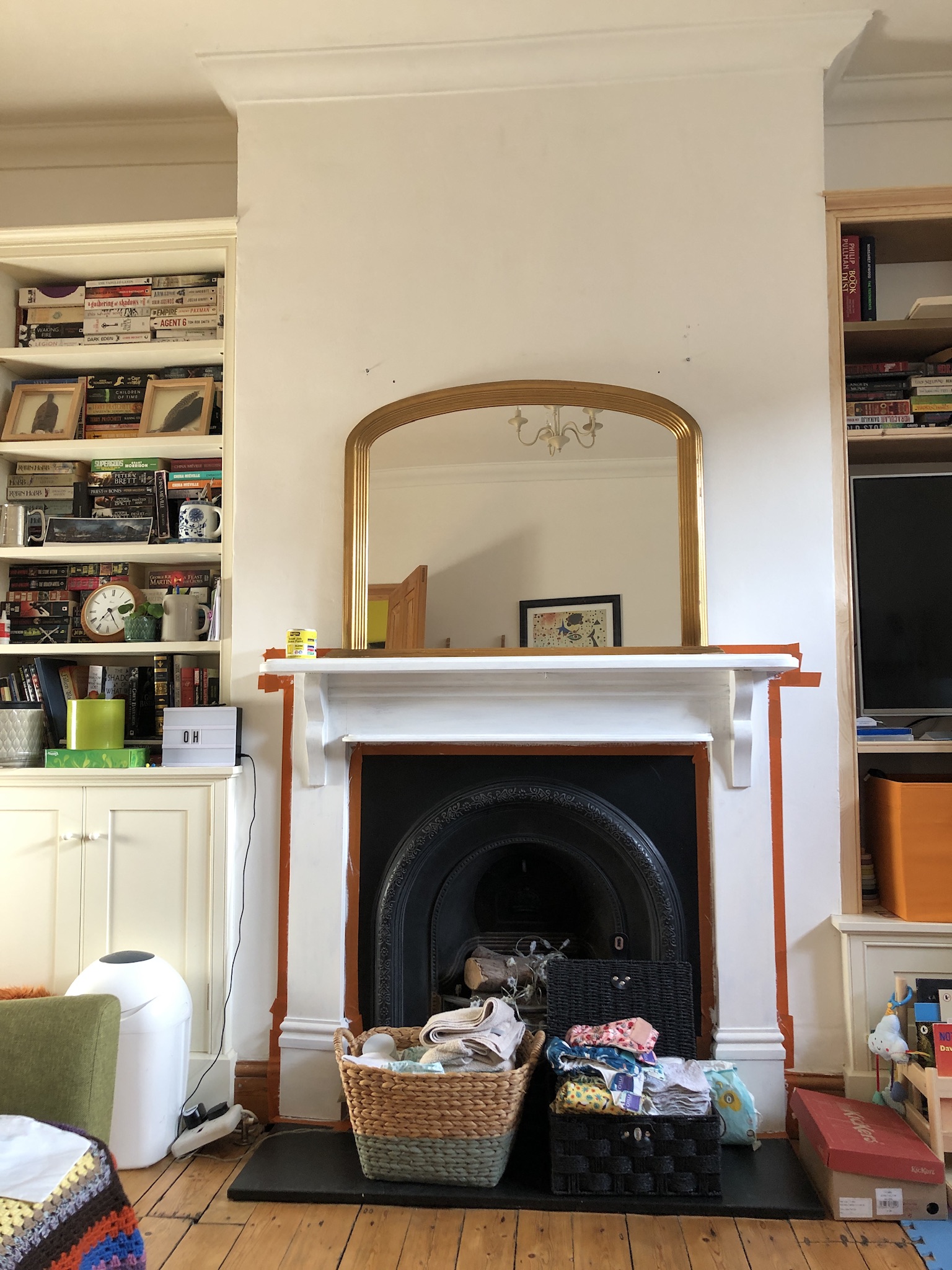 "That opened my eyes to the versatility of vinyl so I ordered some rolls in different colours, started cutting out rough circles and chucking them all over the kitchen!"

To get started with the process – Victoria cleaned the tiles, taped up the edges and sockets and ‘walloped’ white tile paint over the original tiles.

She said it was fairly simple however she managed to spill some of the paint over the hob! 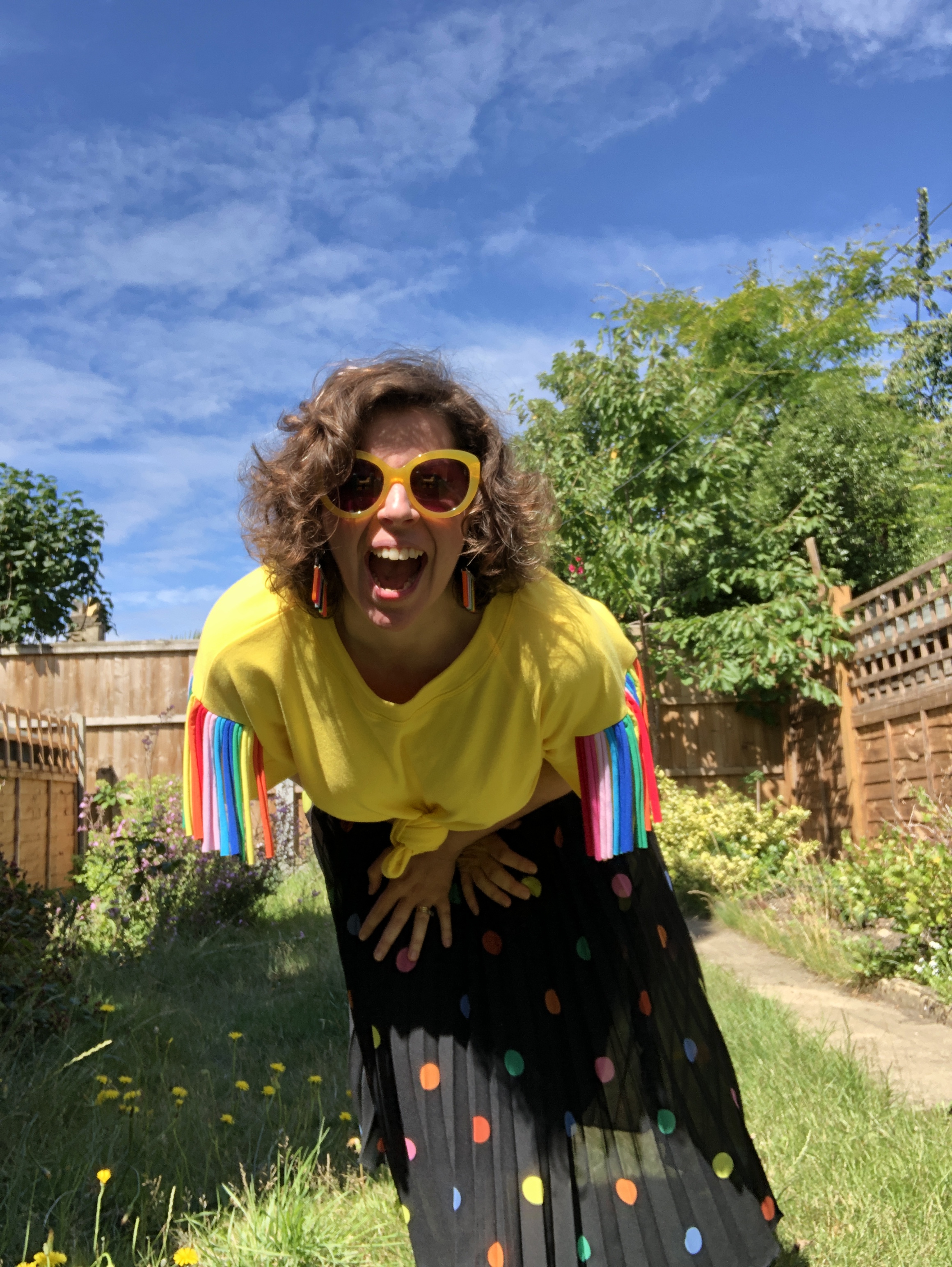 As the tile paint had a different consistency to regular emulsion, Victoria had to give the new white tiles a full 24 hours to completely dry.

The illustrator added: "After the second coat and much impatient waiting I was able to add the polka dots.

"It cost between £30 – 40 for the tile paint and vinyl rolls and it took a couple of nights, what with having to do two coats and letting them dry. 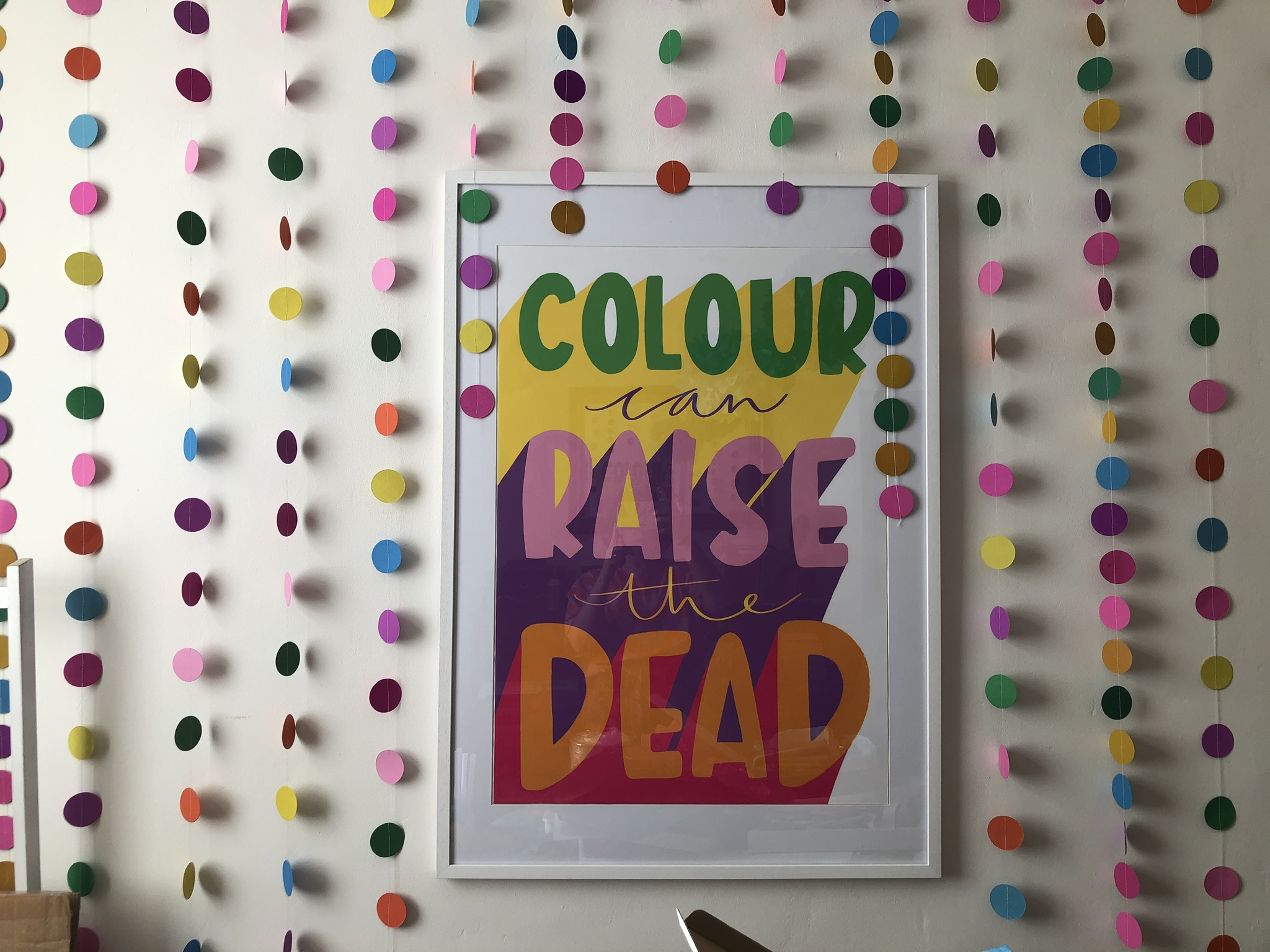 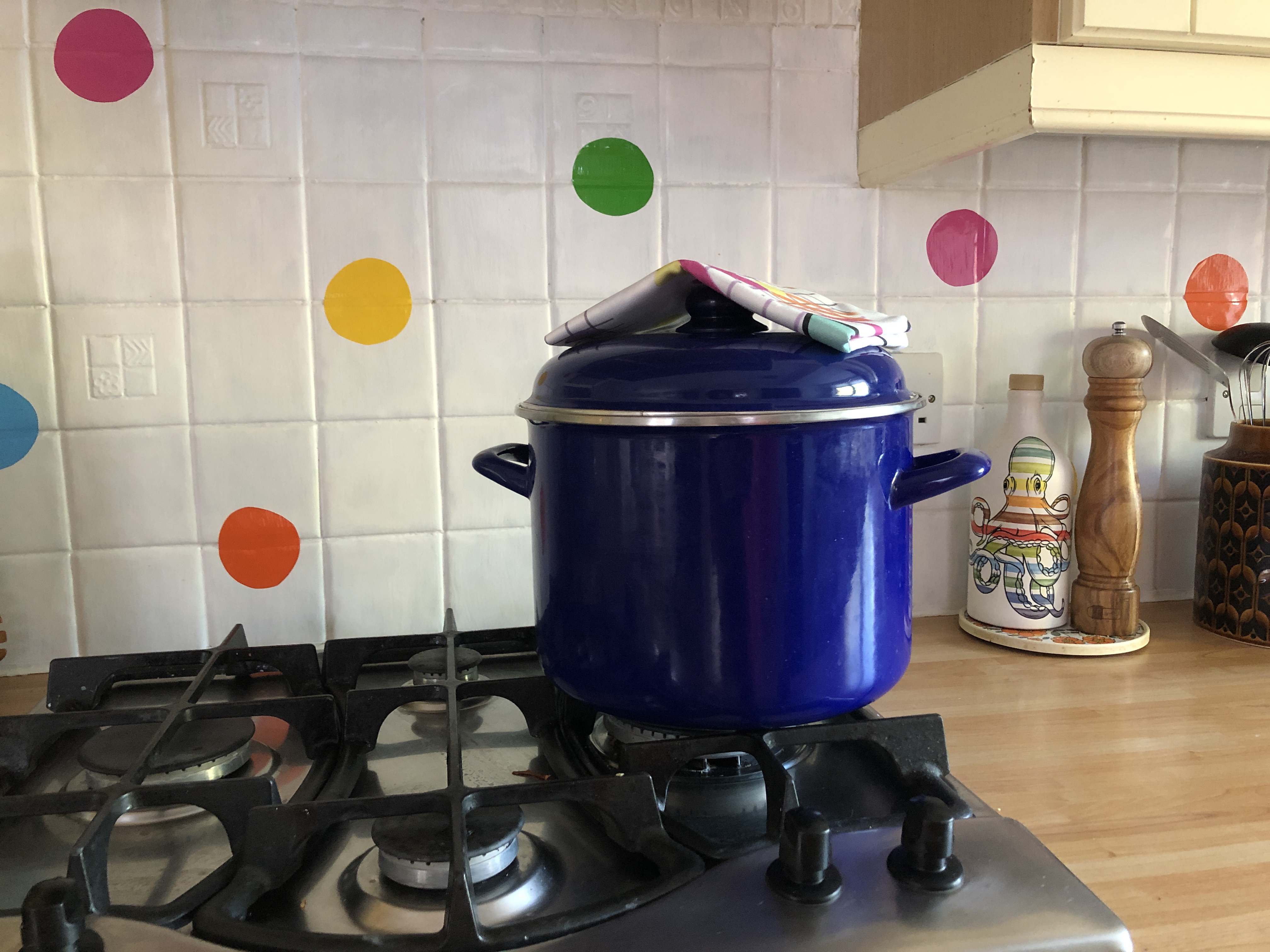 "They’ve added a touch of daftness to my kitchen and it lifts my spirits to see them!’

The illustrator also transformed the living room fireplace – painting it in a stylish yellow and pink design.

She now has plans to paint the downstairs toilet white and add polka dots to that too.

And she won’t stop there – Victoria also wants to paint the kitchen cupboard doors in a bright sunshine yellow colour too. 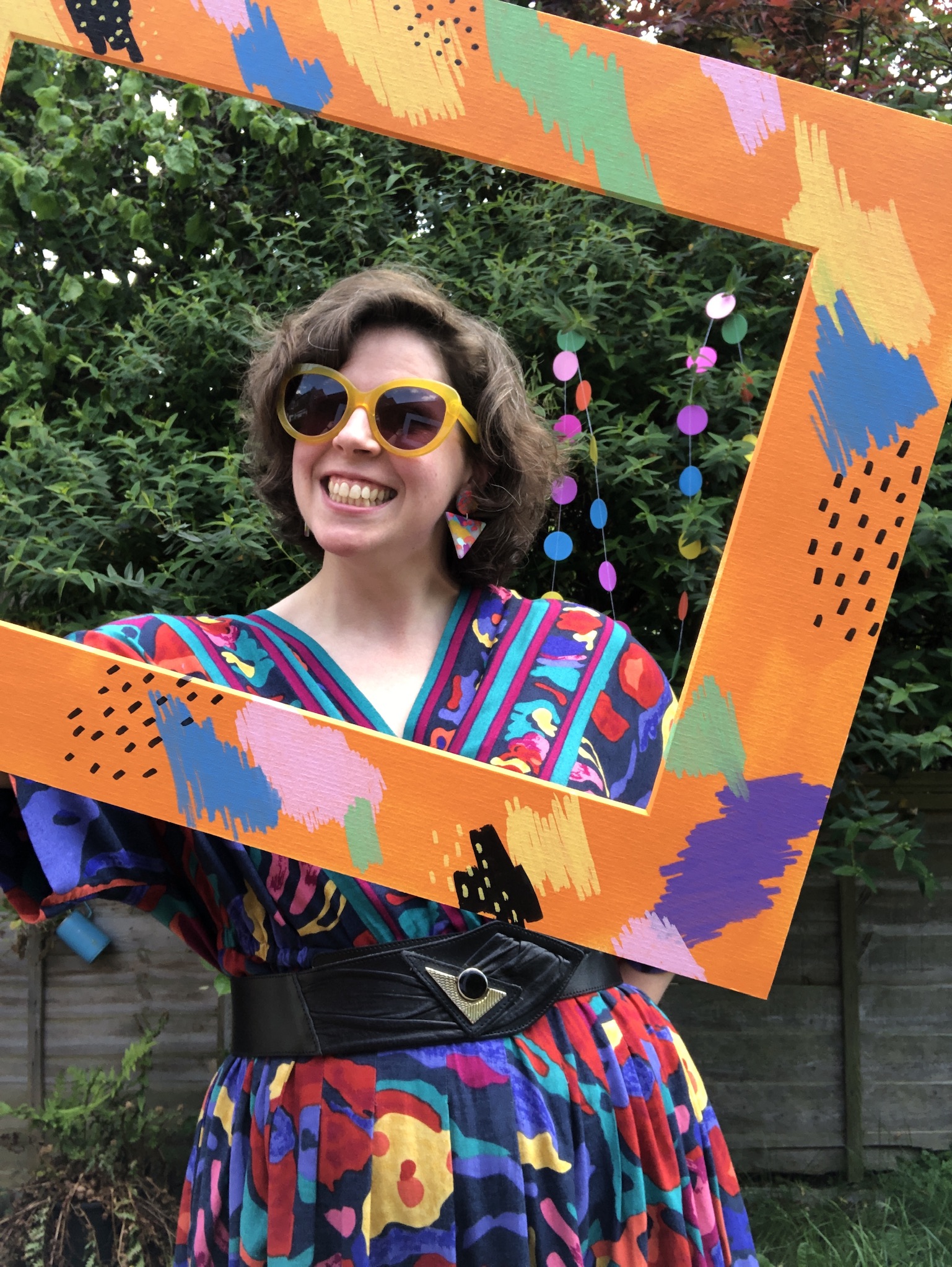 She said: "I’ve polka dotted a lot of things in our house. I love polka dots – they’re just fun, silly and joyful!

"I know it’s not everyone’s cup of tea and I’m not sure I’m that fussed if people don’t like it. Each to their own, I say!

"I have so many more ideas for our house too.

"I’ve got plans for a back garden wall mural and I’m creating a gallery wall in our hallway with some of my 70s paraphernalia.

"I also want to paint or vinyl a feature wall in our daughters bedroom – but I can’t make up my mind what to do so I’ve not started that yet.

In other DIY related news, a savvy DIY fan who couldn’t afford £360 "crushed diamond" coffee table made her own using coasters from The Range.

Plus, one woman revamps her bloke’s wardrobe by painting it white but accidentally makes his clothes all stripey at the same time.

And a savvy mum shows how she used Poundland and Wilko bargains to create The White Company dupes – and it’s so easy.