A YOUNG woman has shared the dating application she received by one of her matches on Tinder.

Those who have the pleasure of swiping on dating apps for hours on end know how difficult and tiring the process can be – but, according to a singleton, one man has come up with a solution. 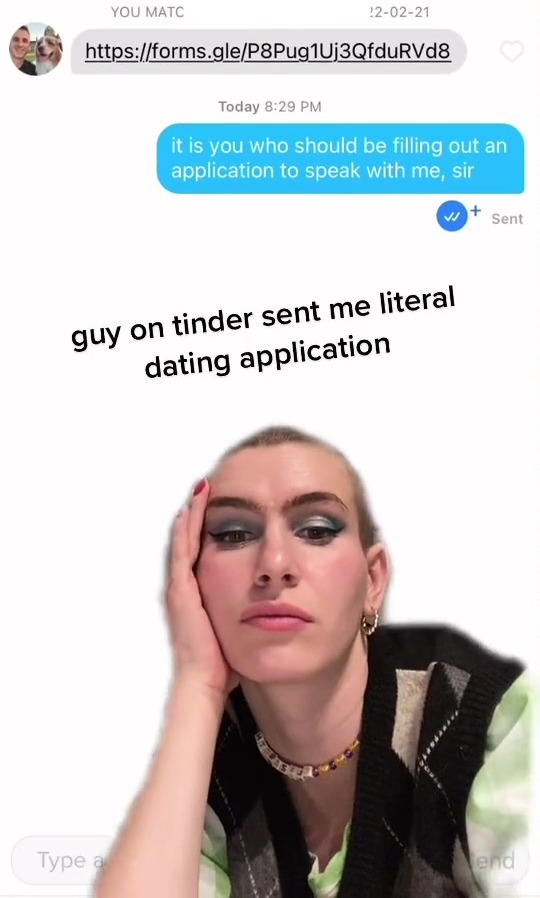 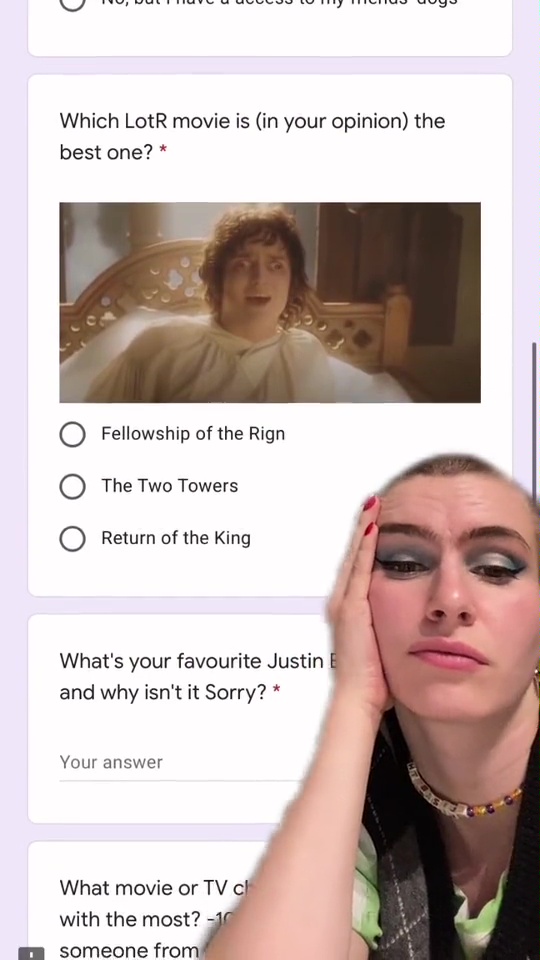 Looking to find a would-be Romeo, the TikTok user Elizabeth Rowlands (@rumourhasitvintage) decided to join Tinder, the most popular dating site in the world, with more than 75 million active users each month.

There, the Canadian matched with a cute bloke, who without even greeting her at first, immediately sent Elizabeth a link.

Upon clicking on it, she realised it was Google Forms questionnaire – but while it started off with relatively normal questions, things took a strange turn pretty quickly.

At first, the man, whose identity Elizabeth didn't reveal, wanted to find out if she was employed, her height and if she owned a dog. 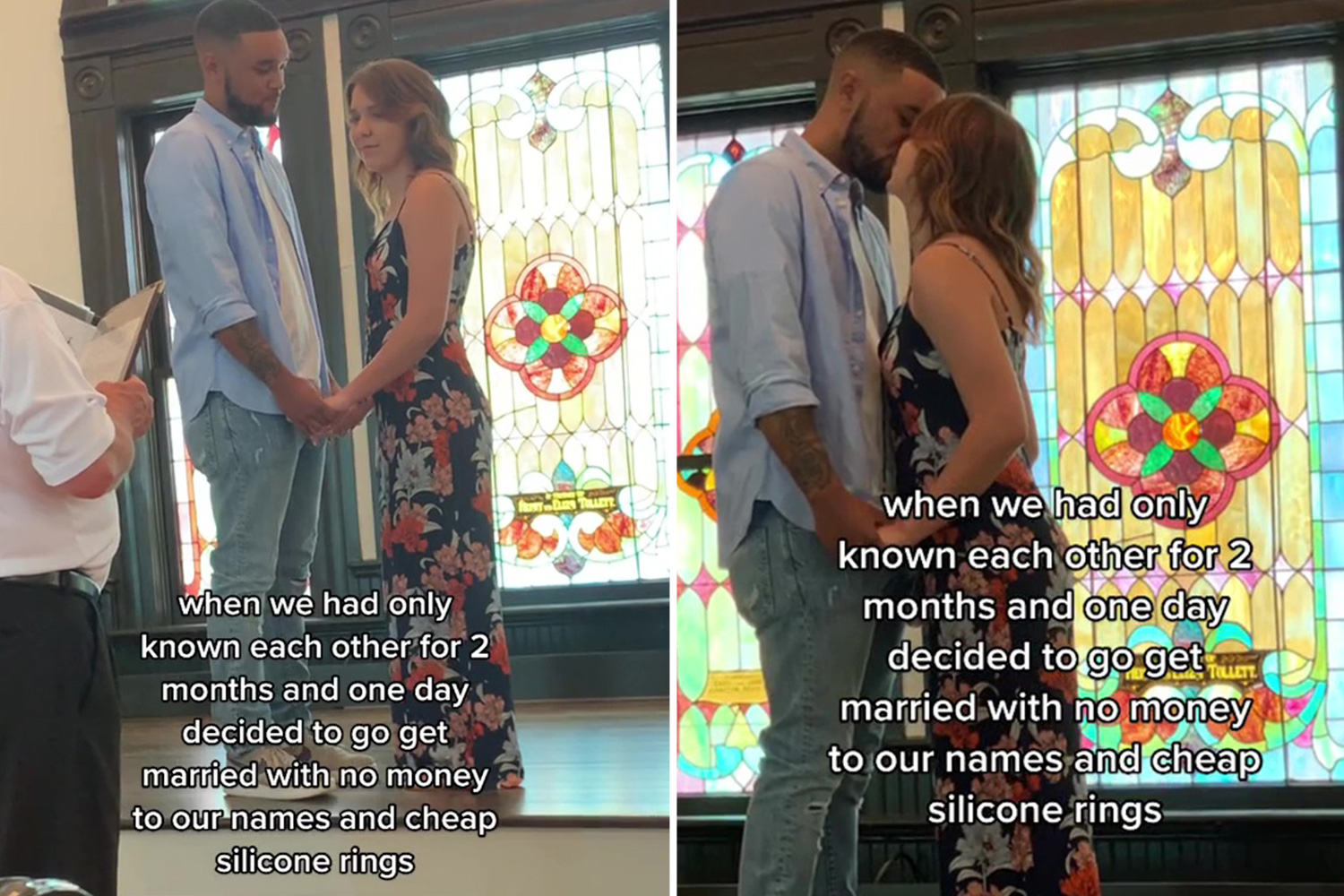 I met my husband on Tinder & we married after two months 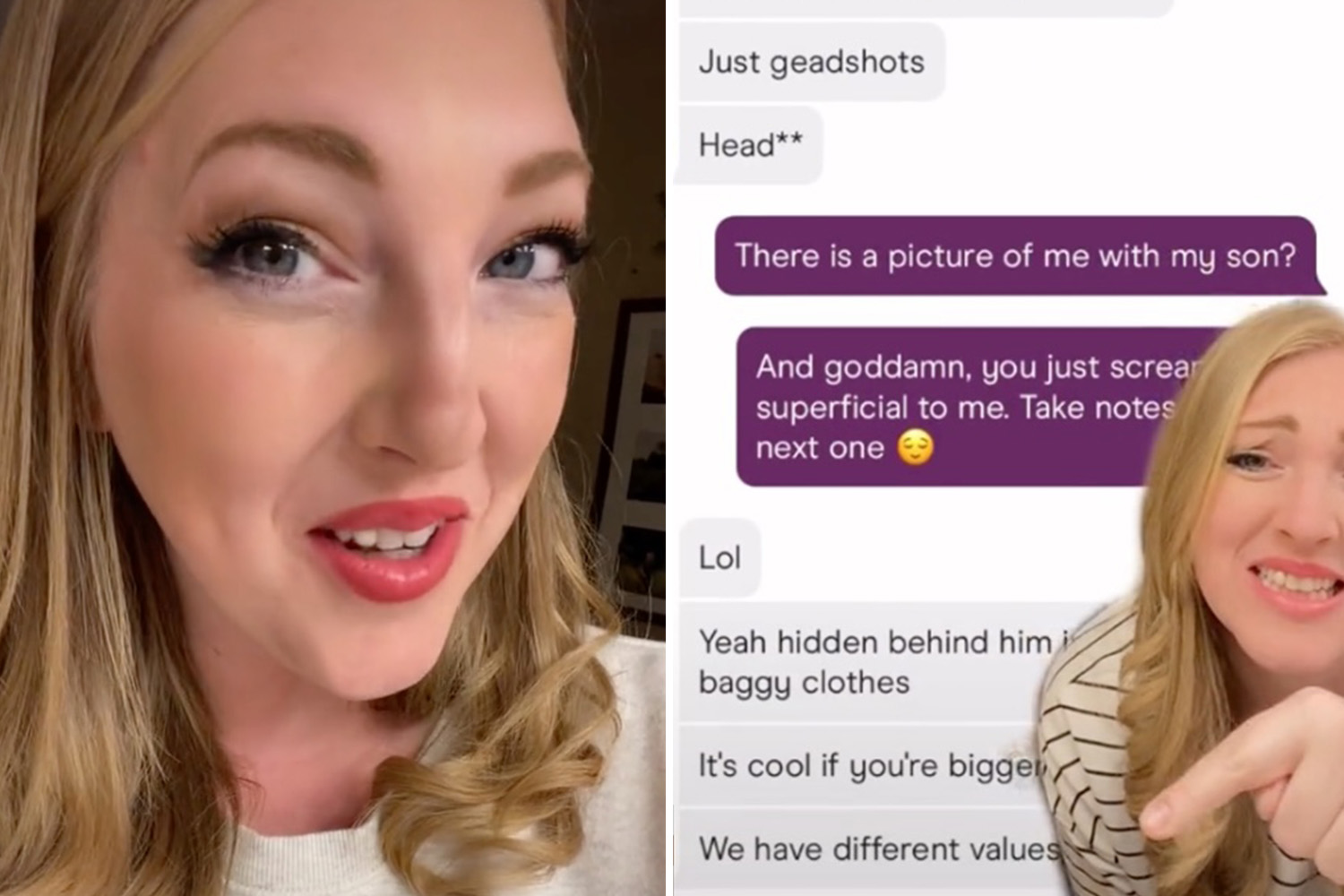 Here, one of the options, according to the screenshots, was ''No, but I do have access to my friends' dogs.''

Then he proceeded to ask which movie of The Lord of the Rings franchise was the best one in her opinion – The Fellowship of the Ring, The Two Towers or The Return of the King.

The bloke appeared to be particularly interested in his matches' cultural taste, as another question read: ''What's your favourite Justin Bieber song and why isn't it Sorry?''

The next question, she revealed, was which movie or TV character she identified with the most.

Harry to give ANOTHER bombshell interview on private meeting with Queen

If you're a Friends fan, it's bad news, as you would receive -100,000 points and the bloke would also proceed to unmatch with you almost immediately.

His matches were also quizzed on their technological awareness, with the man trying to see if they were able to explain what a blockchain was – though some speculated he didn't even know what it was and simply didn't want to admit it.

At the end of the questionnaire, as well as having to note down any special skills they deemed worth mentioning, Elizabeth also had to rate the survey she had just filled.

There were five options here, amongst of which were ''This was sorta fun [sic],'' ''What a waste of time, I don't even like you,'' as well as ''I was sitting home watching Love Island with a glass of wine in my pj's complaining about why I'm single, so I had nothing to do''.

''i can’t make this up ,'' Elizabeth captioned the viral video, which left viewers in hysterics.

''Yo drop the link into your bio so we can all fill it out,'' begged one viewer.

''lol aww at least he put some kind of effort. Creative twist,'' agreed someone else.

But whilst some thought it was funny, not everyone found the questionnaire amusing.

''I’ve seen these be cute/funny before and this was absolutely not that,'' read one critical comment which has been liked by almost 900 other people.

''no intro, no hello, just the link…. and the form is way too long! some can be cute but not this,'' added a second. 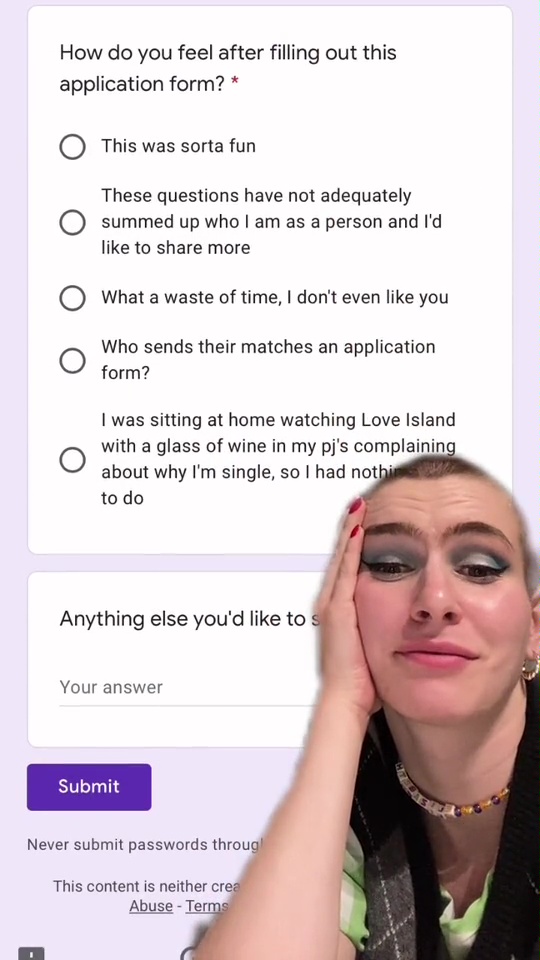