ONE big-boobed woman makes a bold statement every time she leaves the house, and she has not been shy about it.

Despite other people's requests, TikToker Casee Brim admitted to her followers she never forces her F-cup boobs into a bra. 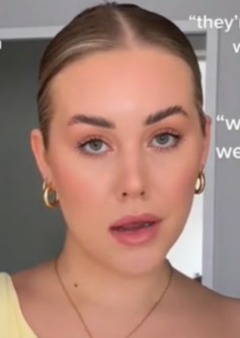 She posted a video to highlight the constant pushback she receives from haters.

And to explain that she doesn't care what others say because she'll never change.

The confident blonde stood in front of the camera with common comments written around her in overlayed text.

Her hair was slicked back, and she wore a one-shoulder cowl neck top.

"Ur bewbs will sag if you don't wear a bra," one remark hung over her head read.

Another comment demanded: "You need to wear a bra in public."

"Someone will see your n!ps," one to the left of her read.

Casee held up her middle finger.

"They're too big not to wear a bra," a hater wrote to her.

And the last rude statement asked: "Why aren't you wearing a bra?"

The proud woman emphasized her disregard for other people's opinions but gave viewers a simple answer.

"Comfort over everything else," she said.

"I actually found my natural F cups became perkier when I started 'training them' to go bra-free."

Women related to Casee's distaste for the uncomfortable undergarments.

"I stopped wearing them like 1.5 year ago and it seriously hurts now when I wear one occasionally," a woman expressed.

Another agreed: "I never wear one anymore i physically can’t deal with it."

One viewer explained: "They actually sag less as they have to grow the strength to hold themselves up."

"My mum gets so triggered when I don’t wear one so I make it a point to not wear one round her when i’m annoyed with her," a follower admitted.

Casee responded: "Hahahahha I had that with someone! I call it 'exposure therapy.'" 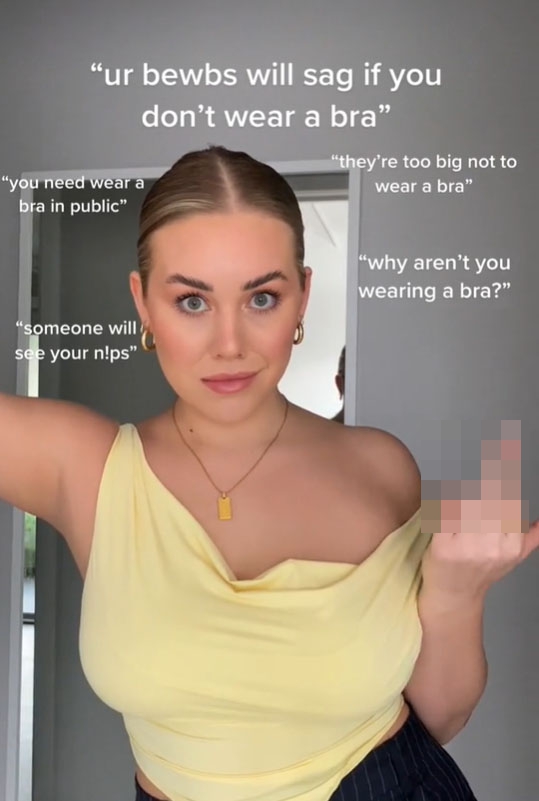