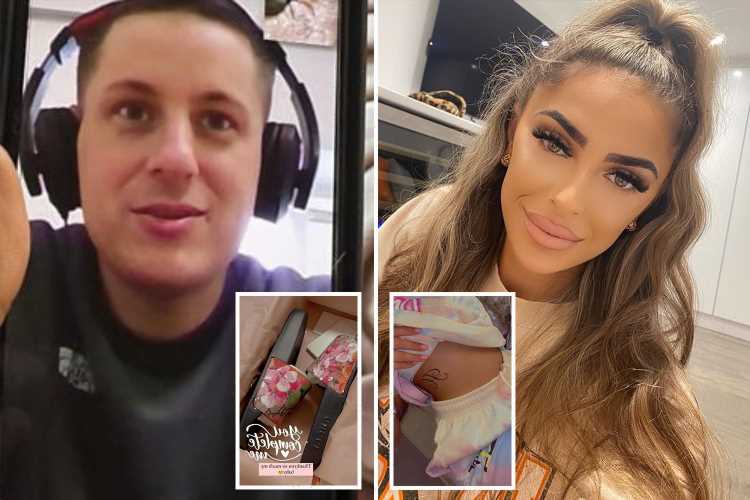 NOWADAYS people meet their partners in a variety of different ways – some at work, others from friends, many even through dating sites.

But one young woman has revealed she fell in love with a serial burglar from his prison cell. 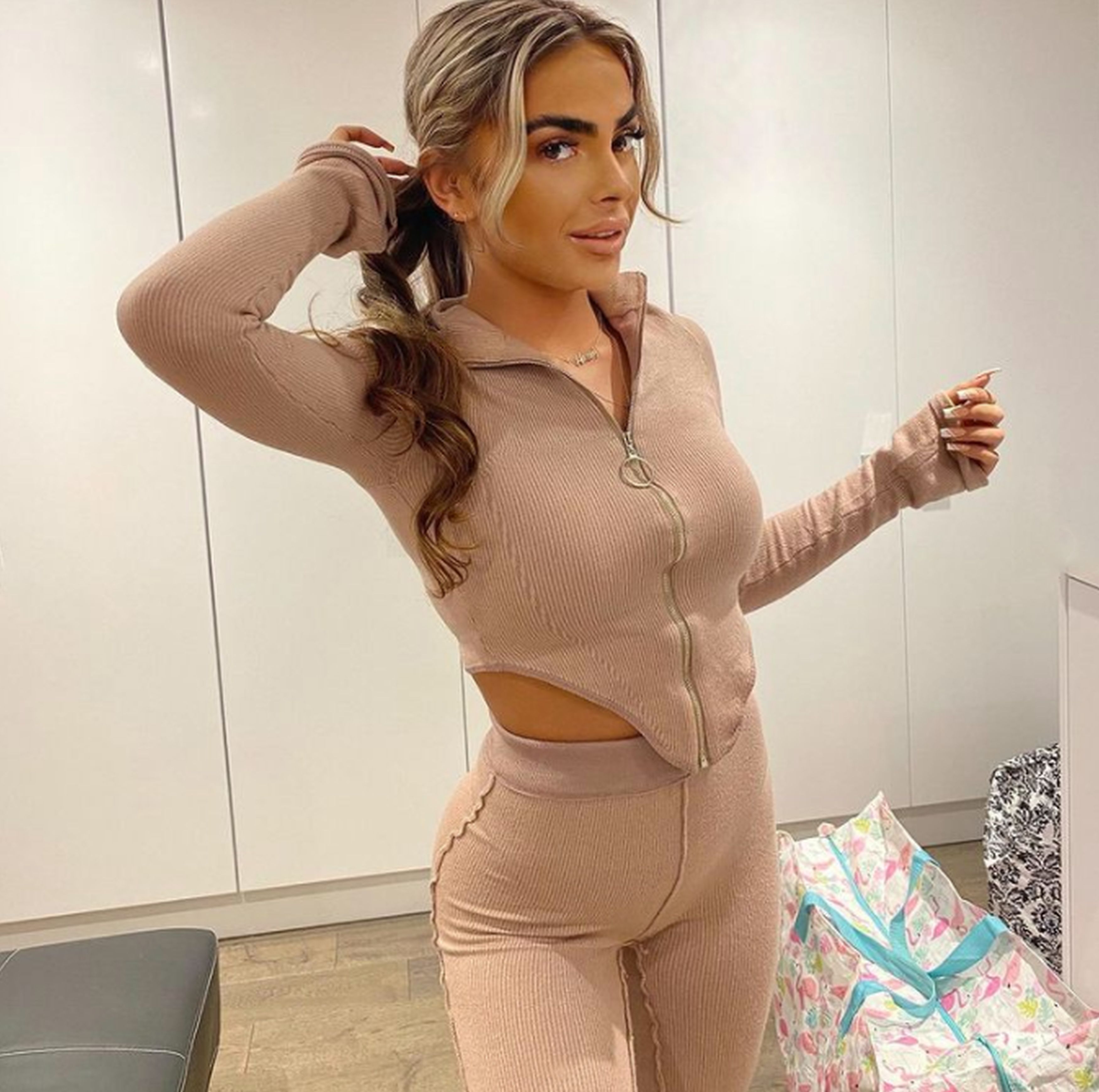 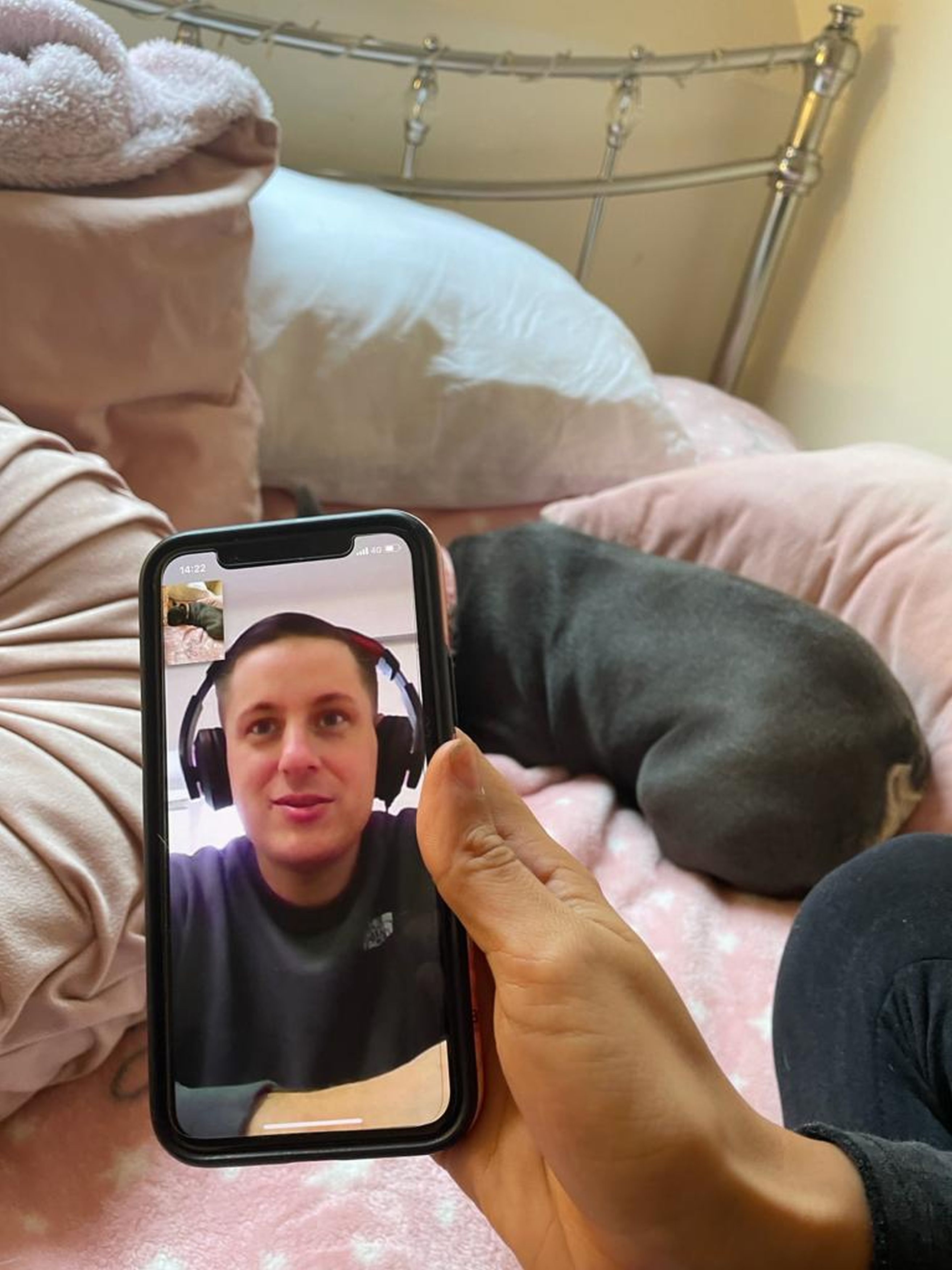 Breah Sutton, a 21-year-old carer, started talking to convicted burglar Harley Webb, 31, in August last year because her pal was also 'dating' an inmate and he'd asked if she had any single friends for his mate.

After a month of countless messages, phone calls and letters, the pair were smitten and became boyfriend and girlfriend, despite not meeting in person for another eight months.

The 21-year-old from Swindon then surprised her boyfriend with a tattoo of his initial on their first visit in May this year, and has since visited him every week, as well as talking on the phone around 15 times a day.

Harley has showered his new girlfriend with countless gifts from his prison cell – including designer clothes, shoes, roses and even a French bulldog puppy.

Breah has hit back at "jealous" trolls who brand her a "gold digger", and insists they spoil each other because they're in love.

She revealed she also has a designer wardrobe waiting for Harley when he gets out in January.

Breah said: "My friend was talking to someone in prison and she asked if I wanted to talk to someone in there as well because his friend had asked.

"I thought why not, I don't have anything to lose. I was single and had been for two years.

"I didn't go into it thinking I want this boy to be my boyfriend or anything like that, I was kind of just talking to him as a friend.

"I was a bit nervous in the beginning, I'd never done anything like that or had any idea how prison works.

"I was shocked at the way he spoke to me because it was so nice and different to how I'd been spoken to before. I thought he was really sweet.

"I'd say about a month into talking I realised I'd fallen for him because we were speaking so much.

"We both felt the same but we were too scared to say anything and then one day my friend said to him you need to tell her, I know you love her.

"The boy my friend was talking to wasn't very serious about her and was just talking to pass the time and I thought it would just be like that so it completely shocked me."

Breah says she quizzed Harley about his criminal history when they first spoke in August 2020, to discover he had been 'in and out of prison', often for burglaries, over the last decade.

His most recent stint of burglary saw him imprisoned in April 2017 for 48 months but Breah says conflict with an ex partner during his sentence saw his term extended to January 2022 for 'harassment'.

But Breah was able to look past this and envision a future with him thanks to his honesty and efforts to create a better life for himself – by teaching himself to read and write in prison after missing out on most of his education due to bullying about his traveller background.

After being limited to phone calls as covid restrictions saw a ban on prison visits, the pair finally met in person for the first time in May this year, after eight months of dating. 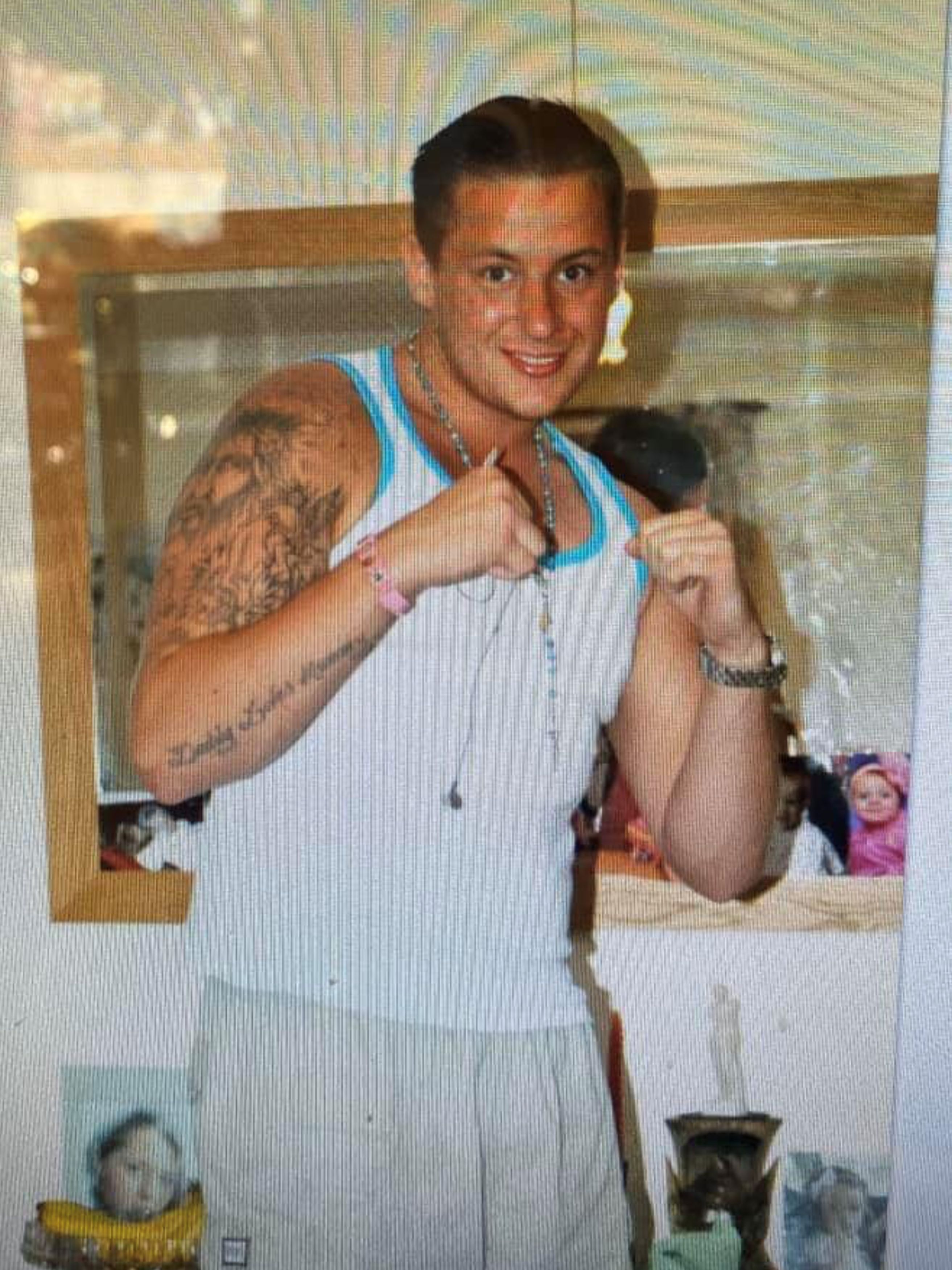 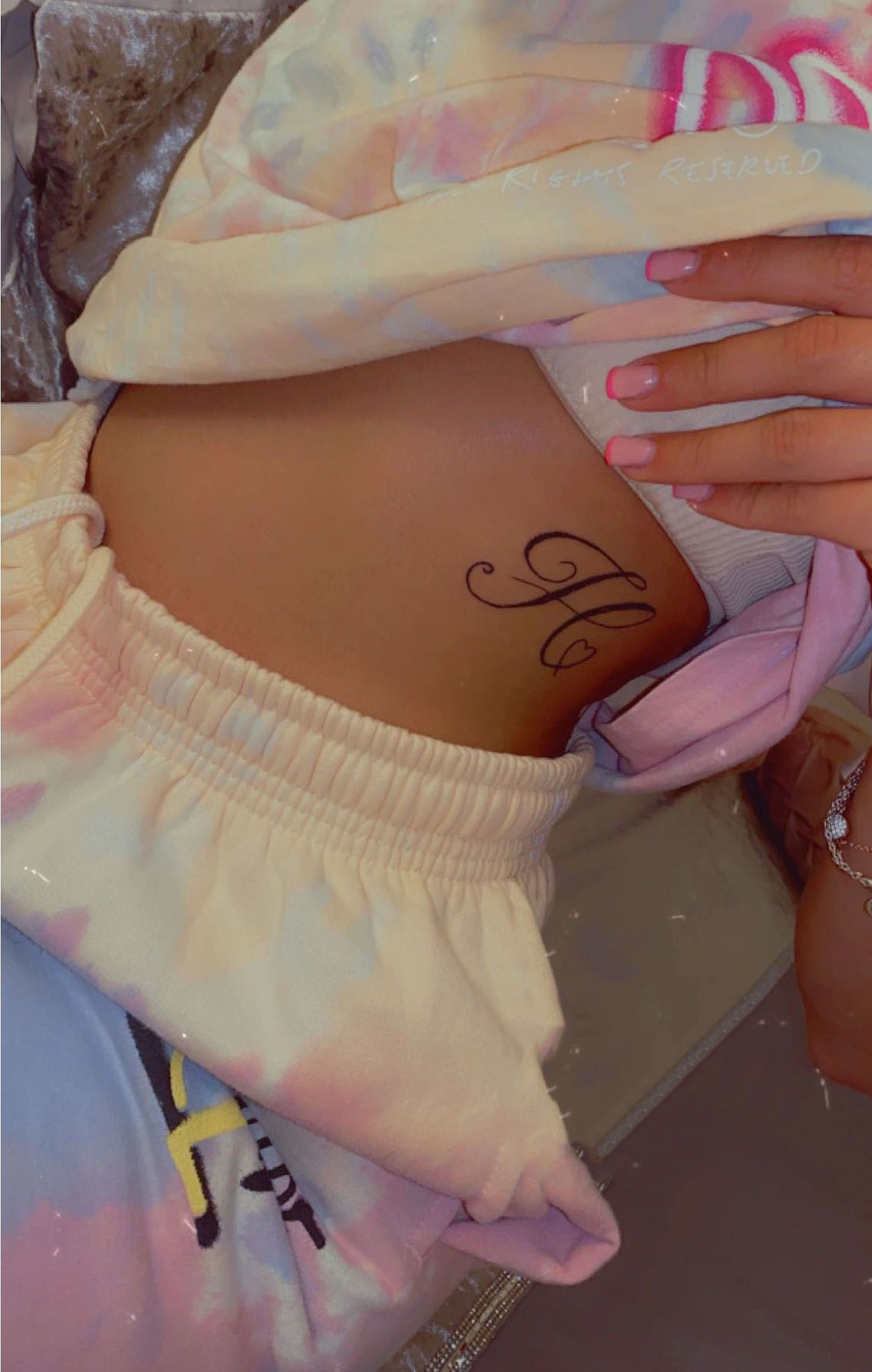 Ever since Breah makes the seven hour round trip to visit her boyfriend at Elmley Prison weekly, as well as speaking on the phone around 15 times a day for up to 20 minutes a time and sending cards and letters back and forth.

Breah explained: "We had our first video call in October last year and that was the first time I'd physically seen him.

"The first time we met in person was May this year because they didn't have visits for ages because of Coronavirus.

"I was so scared but it was nice and at the end of the visit he reached out and touched my hand and that's the first bit of contact we had.

"I got his initial tattooed just before the first visit because I wanted to show him as a surprise.

"He loved it, he had tears in his eyes. He said he wished he could do the same but obviously he can't at the minute.

"I did it because I love him. I got it on the side of my chest, near the heart, that's where I wanted it to be.

"I don't really get upset when I leave because the visits are always so nice so I'm just really happy and he's always so grateful, saying 'thank you for coming' and I say you don't have to thank me."

Since becoming an official couple in October last year, Harley has spoiled his girlfriend with lavish gifts, including dozens of roses and designer shoes, as well as sentimental cards and a handmade statue.

Harley's dad even bought his future daughter-in-law a French Bulldog puppy, ten-month-old Dream, for the pair to share when Harley leaves jail.

The inmate surprises his girlfriend with the gifts by asking her friend to order them to her house and then allowing Breah to use his bank account to pay her friend back.

Meanwhile Breah has been building a designer wardrobe for Harley for when he gets out of prison as well – stocking up on luxury items from discounted second-hand retailers, including a Gucci belt, Louis Vuitton shoes and Nike trainers. 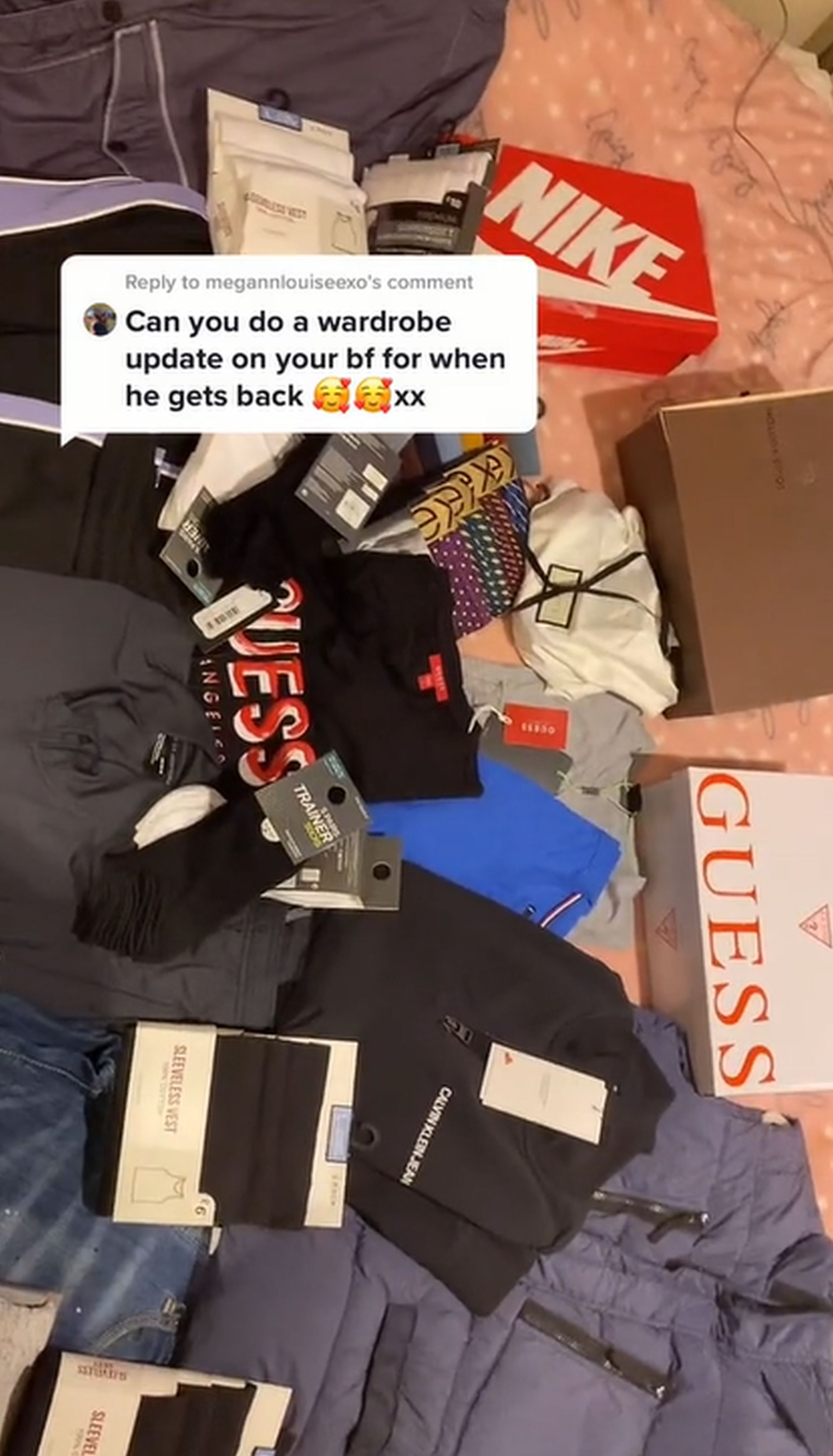 Breah said: "When he wants it to be a surprise he asks my friend to order it and then I send her the money after because I have access to his bank account.

"Other times he'll just say 'go and get this on me', 'go and get your nails done' or go out with your friends and have a nice meal.

"I love it but I have so many people commenting saying I'm a gold digger but every time he wants to get me something I say I don't want or need anything, but he likes to spoil me and wants to make me happy.

"People say it looks one-sided but obviously I do spoil him back – I've bought him some clothes for when he gets out.

"He does have clothes but he's been in and out for such a long time that there's not really anything new and I didn't want him having to wear the same clothes that brought back bad memories.

"So I just thought it should be a fresh start with new clothes so it's exciting for him to come out to and it's helped me as well by taking my mind off time and having to wait for him."

As the clock counts down to Harley's release from prison in January next year, he has been moved to Exeter Prison to be closer to the hostel he will have to stay in for six months as part of his probation.

The move has halved Breah's journey time for visits and she plans to visit as much as the prison will allow her until his release, at which point she plans to move to be closer to him until they can buy their own home together.

The carer refuses to let concerns from family members get in the way of her new relationship and remains convinced the pair will prove negative expectations wrong.

She has also hit back at online trolls who say her boyfriend is likely talking to multiple girls.

Breah said: "In the beginning my mum and dad didn't really understand it and would say 'how can you love someone or be with someone you haven't met?'.

"Then obviously I did meet him and they stopped saying those things and as time's gone on they've realised it's not just a fling and it is serious.

"They will support whatever I do but I think until they meet him themselves they're not going to understand.

"I get lots of comments from people saying Harley must talk to loads of girls and that's how he gets his money. They make me angry – they're just close-minded people.

"I just say to them well if that was the case I think I'd know by now seen as my videos go viral because if that was me I'd be messaging with proof. But I know that's not the case, I know he's only speaking to me.

"I do get a lot of support from my followers on TikTok – I've more support from strangers than some of my friends." 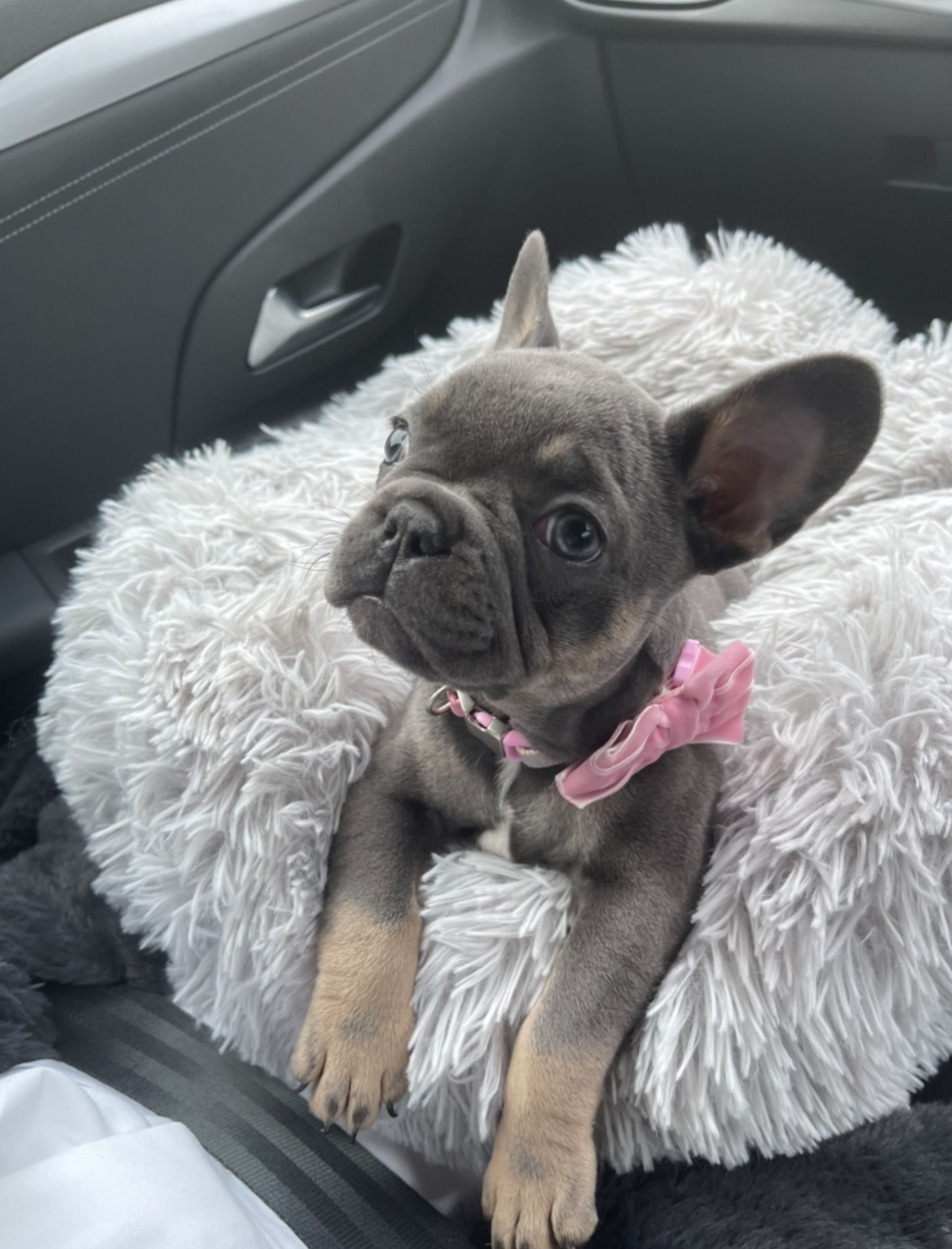 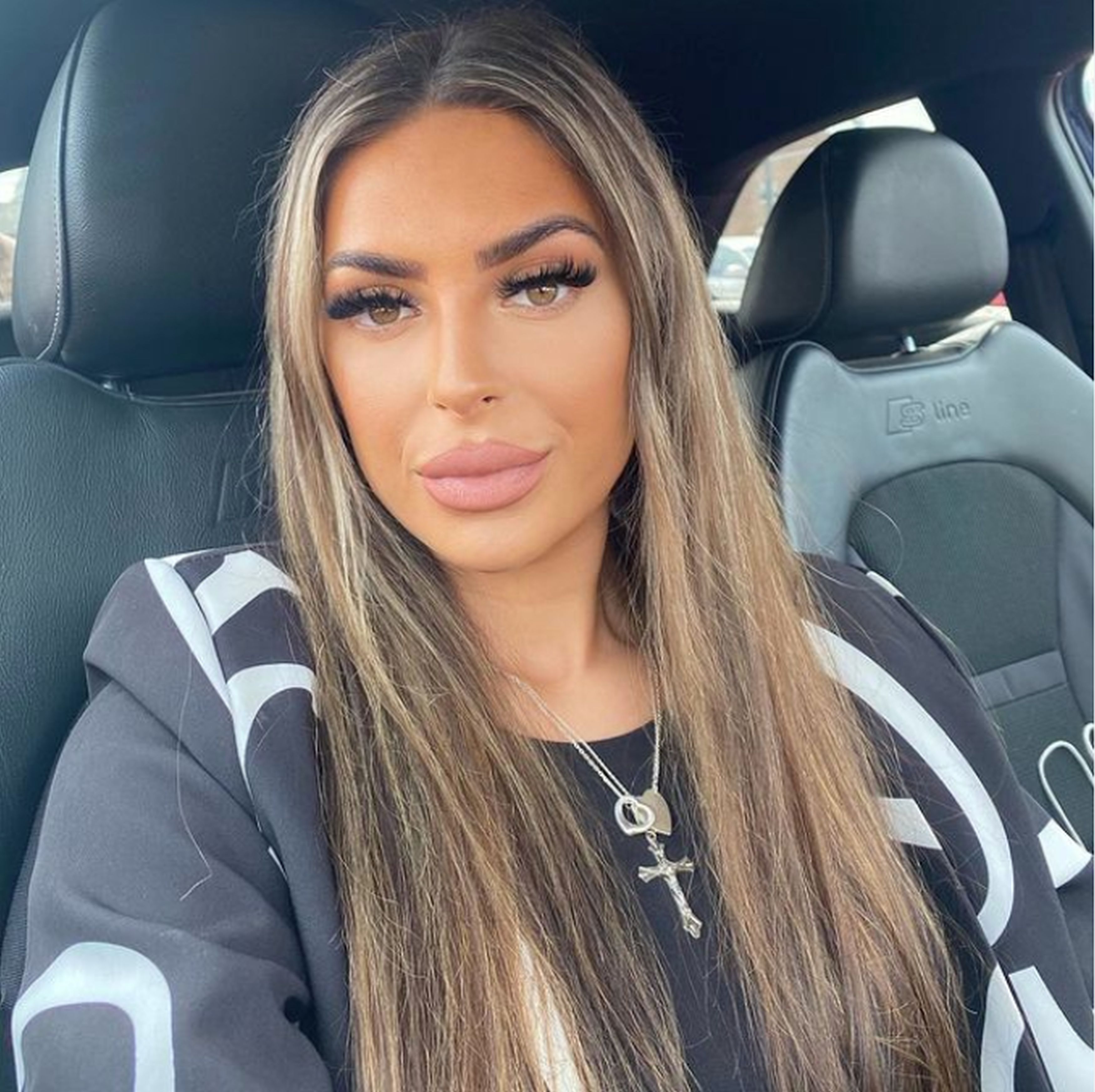 Meanwhile in other real life news, my best friend cheated with my boyfriend… so I hooked up with HER man as payback, and two years later we’re married.

Also, I found out my man was cheating when I took a STI test and it came back positive for chlamydia.