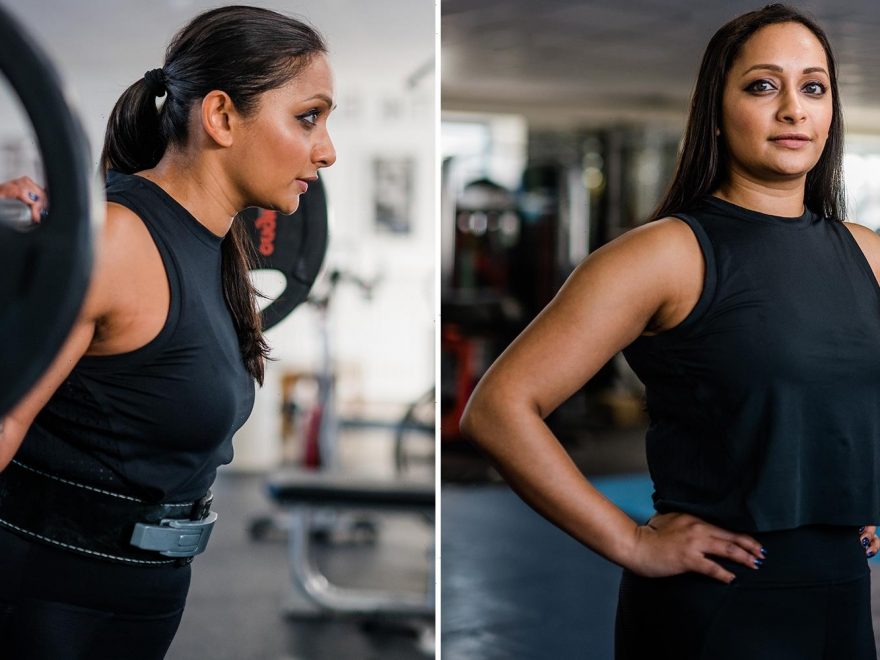 IT WAS when Poorna Bell found herself unable to muster the strength to flip a mattress that she knew something had to change.

The journalist and author, 40, was living on her own – far from friends and family, with the nearest a 40-minute drive away – and in that moment it dawned on her how for the first time in her life there wasn’t someone to come to her aid. 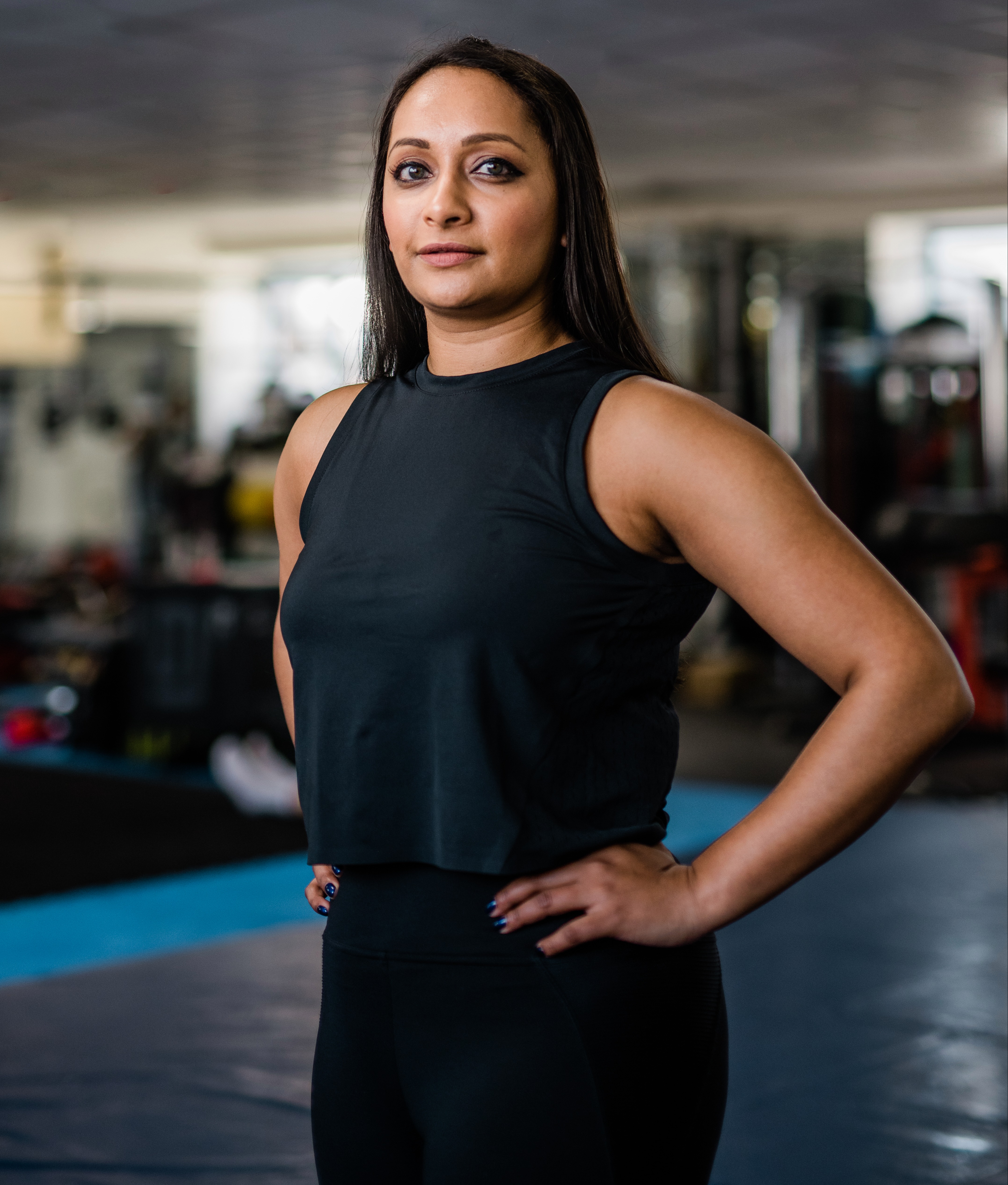 “I had always defaulted the tasks that involved physical strength to the men in my life,” she says. “When I was younger, I relied on my dad. During and after university it was male friends and boyfriends – and then, obviously, my husband Rob.” She realised that she wanted to be able to lift for herself.

Poorna, who is also a mental health campaigner, movingly details in her best-selling 2017 book Chase The Rainbow how in the years after she met the love of her life over email via a mutual friend in 2009, he turned to drugs and alcohol in order to manage depression. In May 2015, he died by suicide, aged 39, while on a trip back home to see family in New Zealand.

She says: “A couple of years before his death, and in the aftermath, the main physical activity I did was running. It was the thing that had always made me feel most mentally calm – but when I was grieving, I found that all it provided was this whole stretch of time where I’d be able to think about stuff that I’d have preferred not to.”

The experience, months after her husband’s passing, of grappling on her own with the mattress became pivotal. It’s a scene of fury and sadness that she beautifully captures in her latest book, Stronger.

Referencing the moment, she says: “It became clear to me that at some point in the future I would have to flip that mattress again – but there wasn’t anyone around to help me. At that time, so early in my husband’s passing, there was a kind of catharsis – I wanted to get to a point where I didn’t have to rely on anyone.

“It wasn’t at first a case of ‘I need to lift’, because I had no sense of what was involved. Then, in 2015, I saw an old colleague of mine – also a South Asian woman – doing a deadlift on Facebook, and I felt really inspired. I thought: ‘If she can do it, so can I.’

It gave Poorna the courage to hire a personal trainer, who introduced her to weight training – where equipment like barbells and dumbbells are used to create resistance that helps promote muscle growth. “I think people assume it’s just picking something up and putting it down – but there’s a lot of technique involved. My PT was the person who helped show me what I was capable of,” she adds.

In just 12 months, Poorna – who has chronicled her fitness journey on her own Instagram account @poornabell, and also documents how others have fallen in love with exercise on the inspirational Instagram account @seemystrong – went from deadlifting 40kg to 75kg.

She says: “It creates a routine, where you’re constantly working towards a heavier weight. There’s something about the flow and consistency of moving towards a goal that is very calming and teaches patience.

“It proves to yourself that you can do things even if you’re convinced you can’t – like thinking, ‘that’s way too heavy’. You lift the weight, and that negative internal narrative is instantly overturned.”

“I’m quite prone to anxiety – I’ll turn over worries in my mind over and over. But weight training creates a white noise in my mind. When you lift you can’t really focus on anything else – just directly what’s in front of you – and so it offers a kind of mental respite because you’re forced to leave external stress at the door.”

Being around people who didn’t know the tragic curveball that had just hit Poorna’s life was also helpful. She explains: “It meant I got to choose who I told my story to. While my friends and family were an integral part of my support system, there was something really freeing about being able to get to know people who didn’t know what had happened and could see me without baggage. That was an incredibly important and powerful thing.”

With powerlifting, the mental side of things is equal to the physical side because you have to psych yourself up

In the five years since starting to train, Poorna can now lift more than twice her bodyweight. She has built up her strength to compete in powerlifting competitions – where the goal is to lift as much weight as possible across squat, bench press and deadlift categories. Pre-pandemic, she would compete a few times per year – wearing her wedding ring as a necklace. She won her first competition aged 38.

She says: “You’re out there doing it for yourself – but you are also doing it for everyone who helped you get to that point. With powerlifting, the mental side of things is equal to the physical side because you have to psych yourself up. My next goal is a 130kg deadlift that passes at competition level.

“Although I take it seriously, I’m not a pro-athlete and it needs to be fun for me. As a child, I loved nothing more than cycling outside, but  in secondary school – where there was really no investment in empowering pupils through fitness – I hated PE.

Weight training has been life-changing for me

“I did literally no exercise for about three years after leaving school, then started going to the gym in my twenties, mainly to maintain my weight.

“These days, I’m not going into training thinking it’s something I need to tick off my list – or, that I’ve eaten a burger the previous evening I need to burn off. The motivation is now because I need to increase the weight on my bar.”

As well as providing enjoyment, weight training has also had a huge impact on her self-confidence. She says: “It has been a struggle to adjust to my changing physique – because I don't think women are encouraged to build muscle in the mainstream. But I’m now the most content with my body that I have been for years – I feel overall much calmer and saner about how I look.

“Weight training has been life-changing for me. It’s given me new friends, a sense of purpose and a very solid structure for me to hold onto when I might have doubts about my own ability.”

Poorna Bell is the author of Stronger: Changing Everything I Knew About Women's Strength, £11.99, Amazon 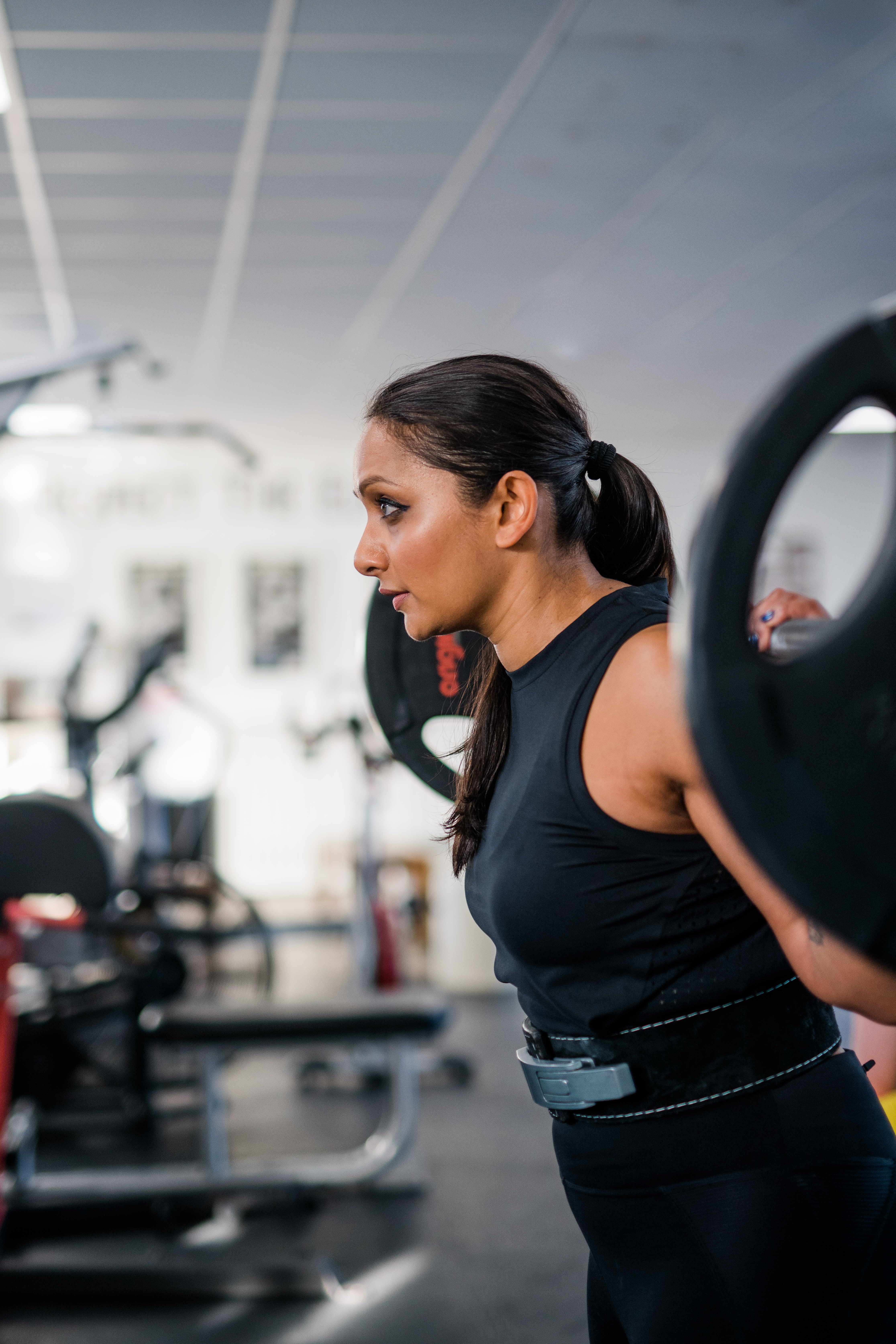 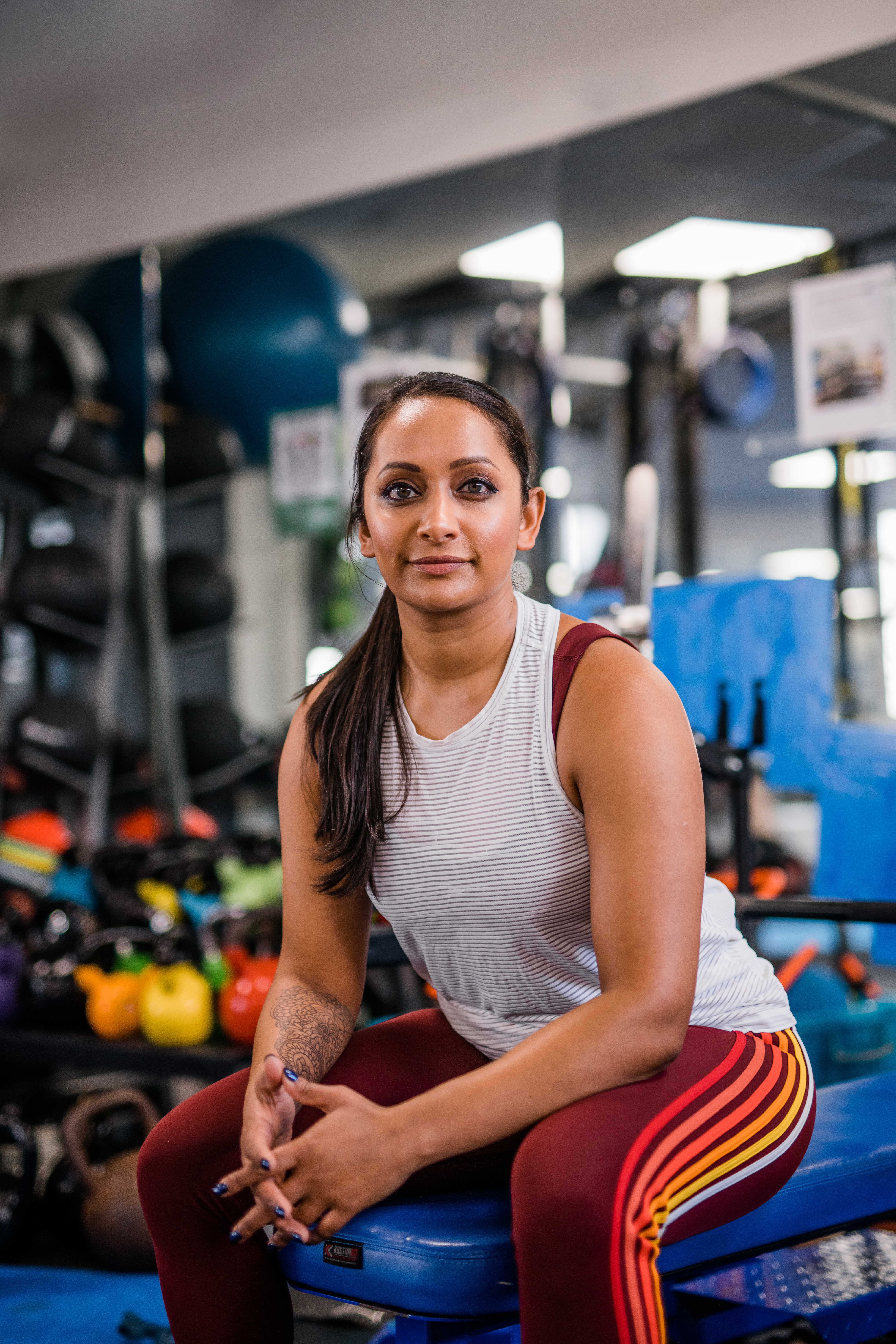 Elsewhere on Fabulous, we told you how Michelle Griffith Robinson didn't allow racists to ruin her Olympic dream.

We also revealed why millions of girls are giving up on sport – including sexism and chronic lack of opportunity.

And Denise Lewis reveals she uses coping strategies she learnt as an athlete to deal with late motherhood.