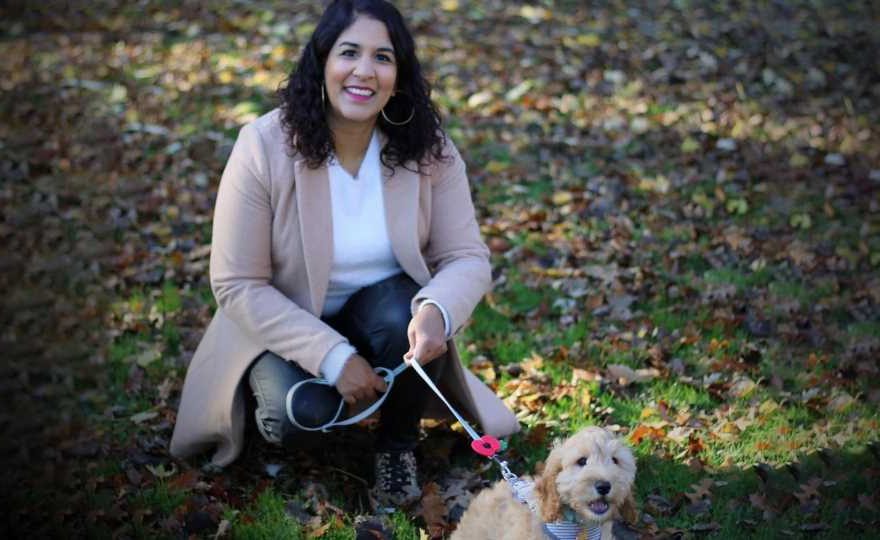 IT'S supposed to be the most wonderful time of the year – but what if it doesn’t go to plan? 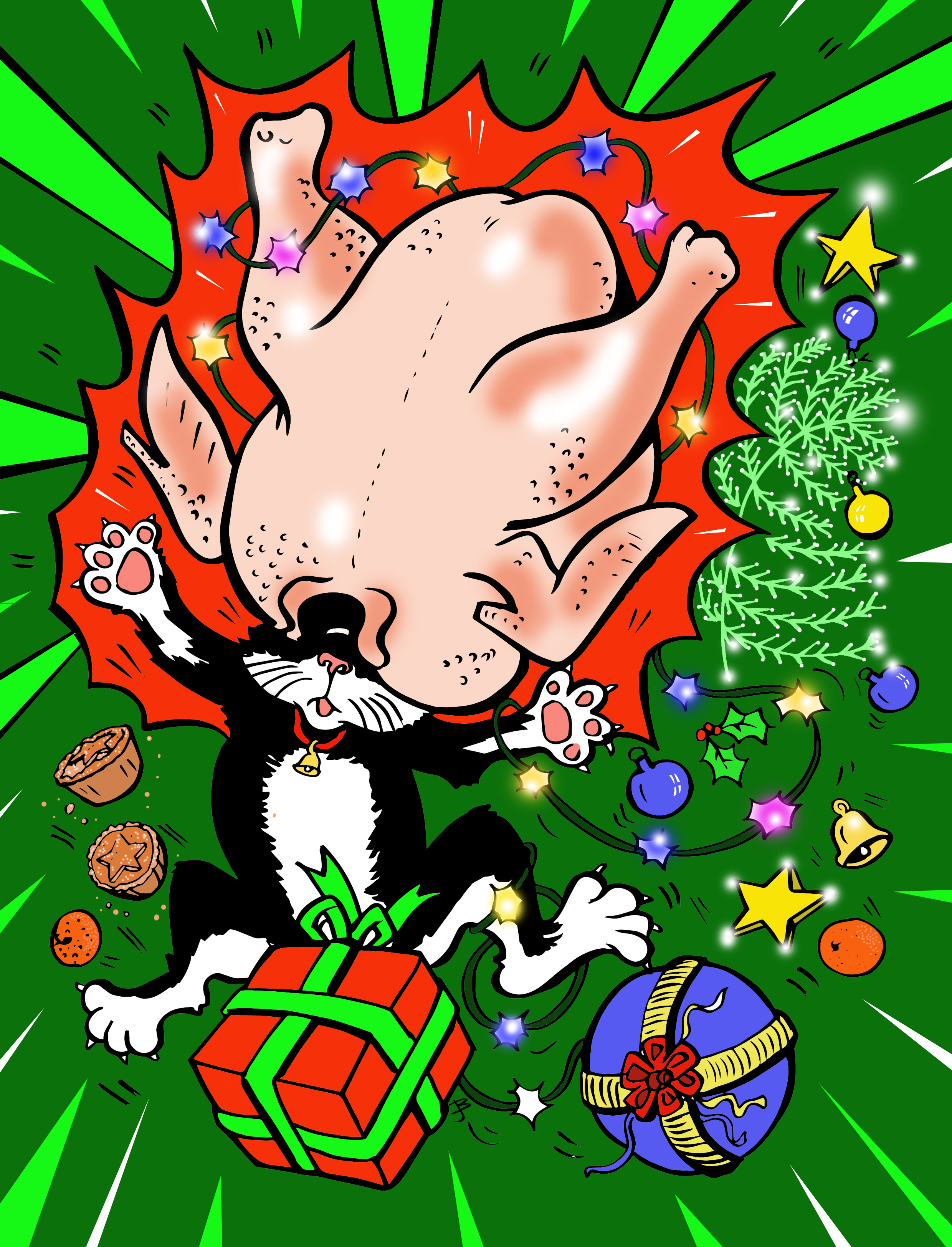 ‘I found out my boyfriend was cheating on me’

Meera Jethwa, 35, is a puppy training and socialisation specialist and lives in Penwortham, Lancashire.

“Heading into the kitchen, I turned on my boyfriend’s iPad to put on some music while I cooked Christmas dinner. It was our first festive season together after meeting nine months earlier and I wanted everything to be perfect. 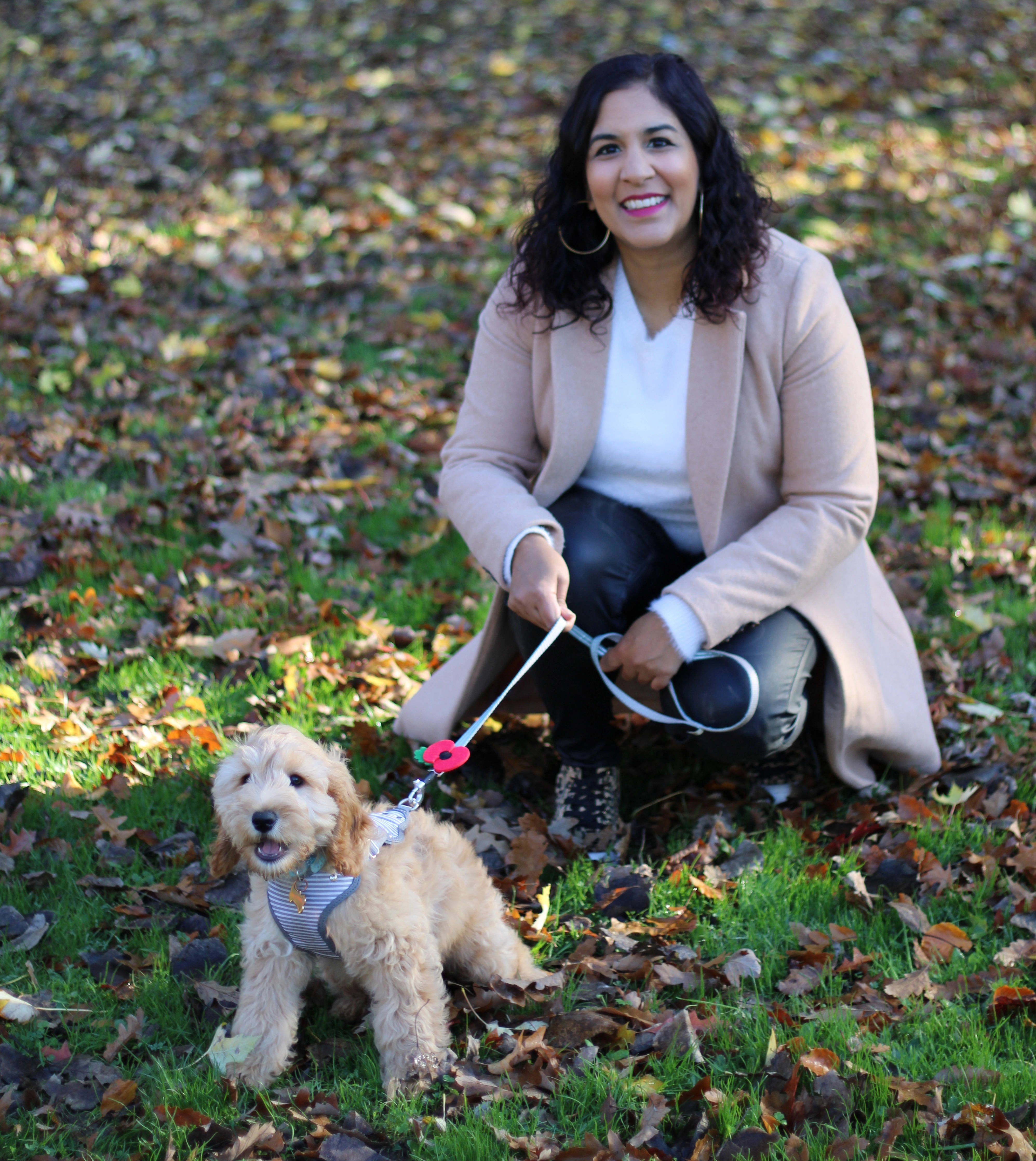 But as the tablet powered on, several notifications popped up from Tinder, showing people he’d matched with on the dating app and suggesting new matches he might like. I felt physically sick.

I’d had a couple of short relationships, been single for a year and had never lived with anybody before. 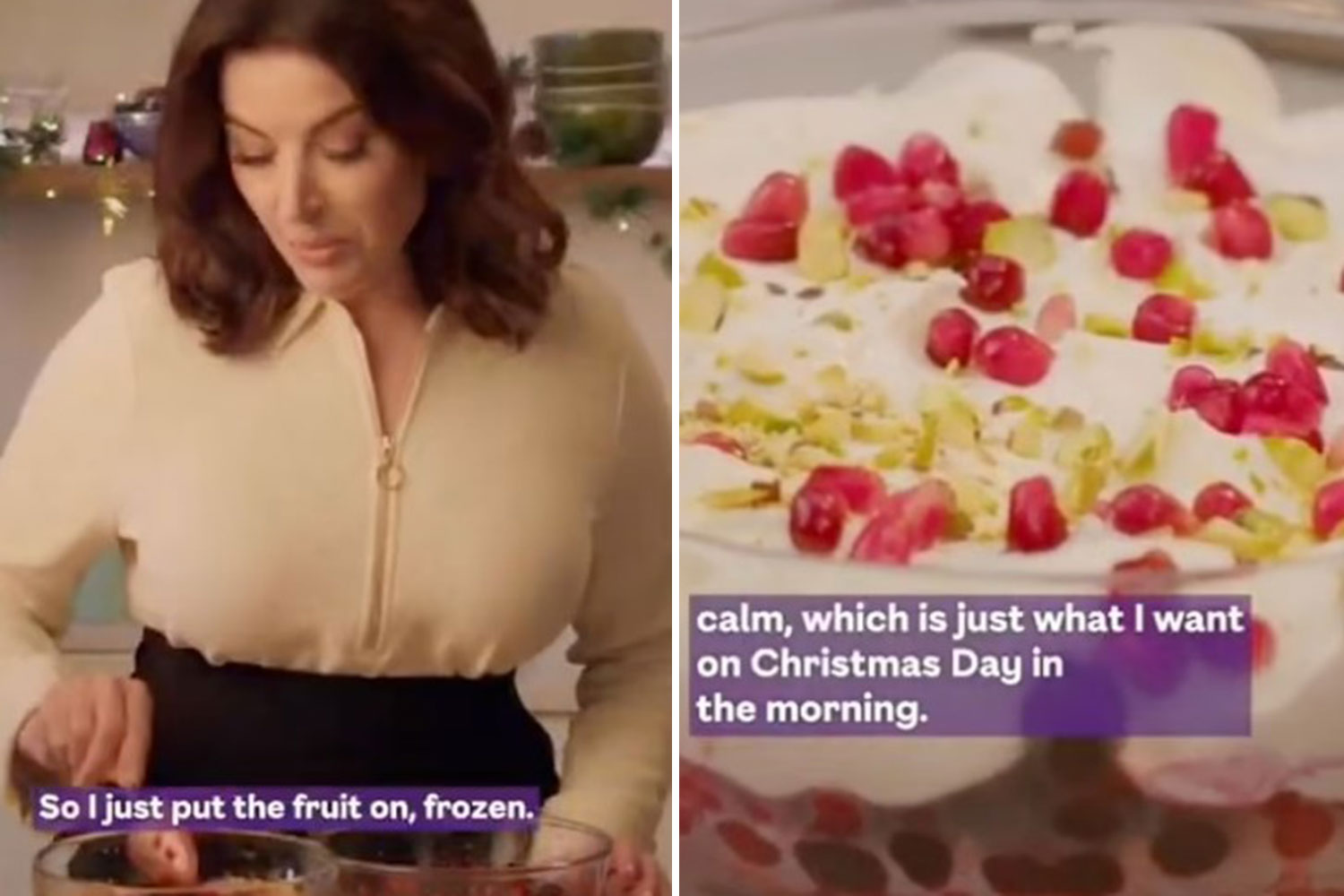 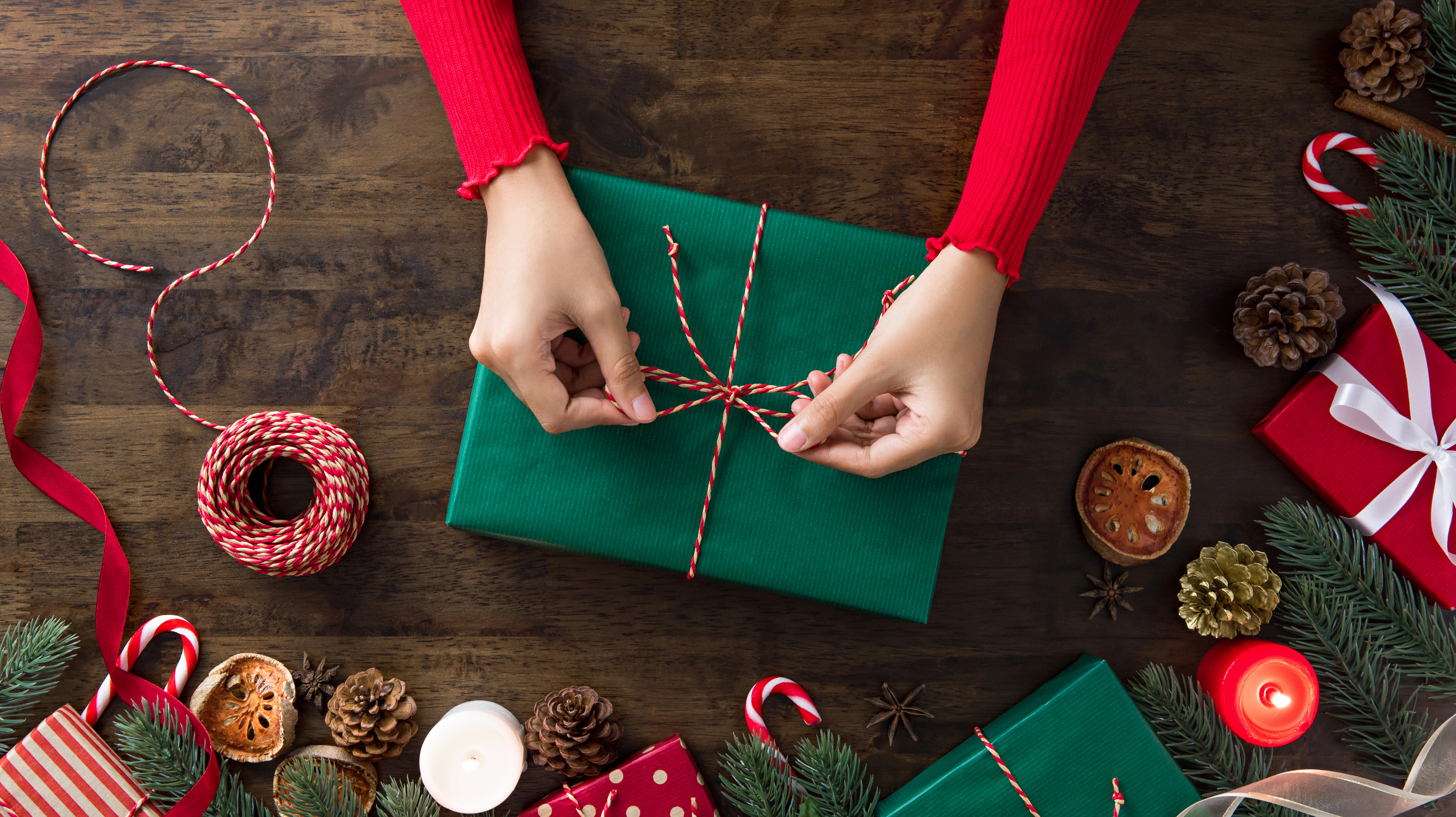 When I met Jay*, then 35 and working in finance, through Tinder in February 2019, we instantly clicked.

After a whirlwind three-month romance, we decided to move in together.

Shortly afterwards, he surprised me by getting a rescue lurcher, G, who I dearly loved. Life seemed perfect.

Friends worried things were moving too fast, but I reassured them I’d finally met someone special. 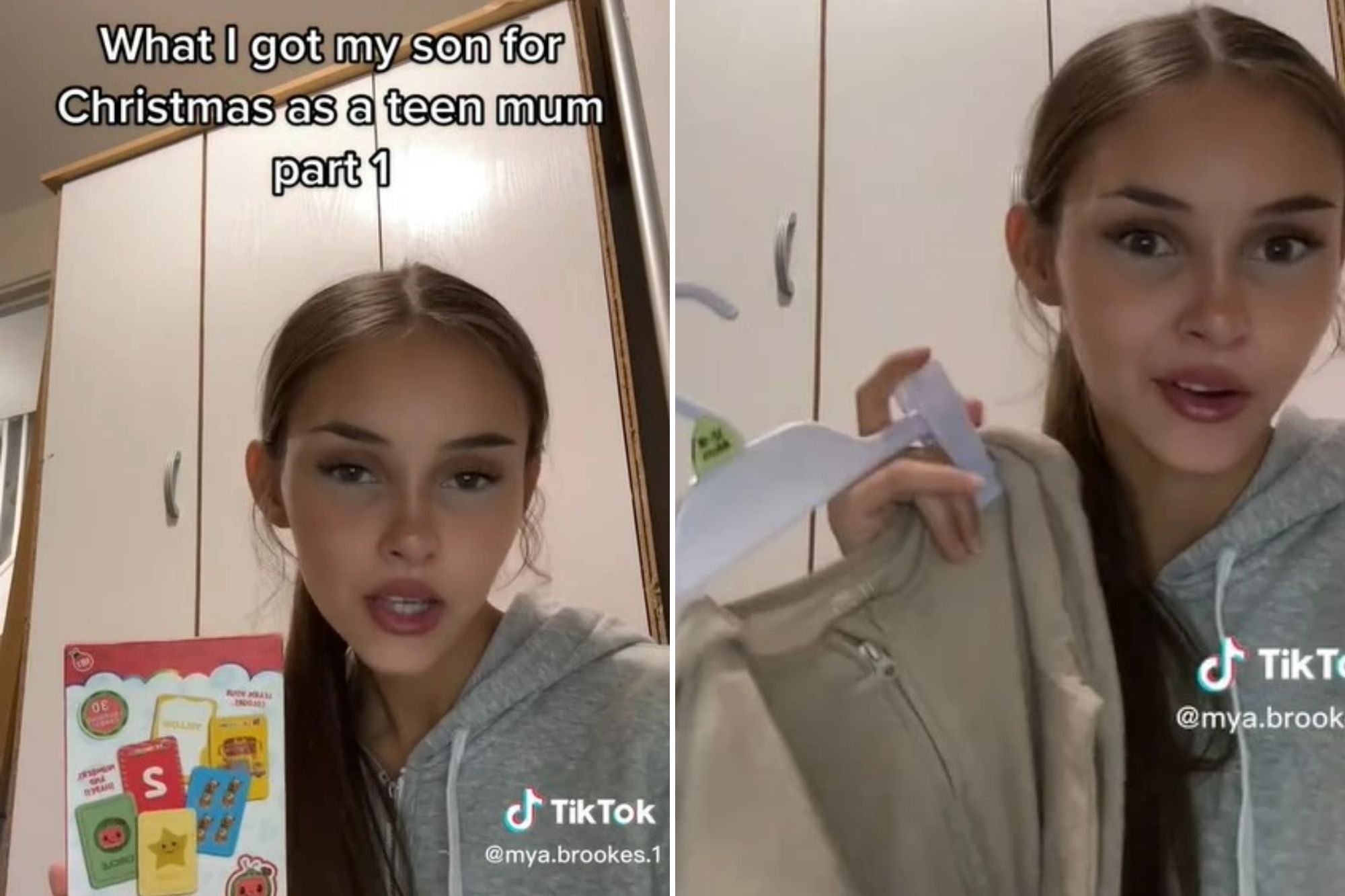 However, soon we began to argue over silly things, such as his carelessness with money. But I told myself that was to be expected as we adjusted to living together.

That Christmas, we excitedly decided to spend the day together at our flat.

On Christmas Eve, as Jay and I sat together on the sofa with G tucked up at my feet, I couldn’t believe how things had changed so much in the past year.

So the moment I saw those Tinder notifications the next day, I was devastated.

Looking over at my handsome boyfriend, my head was racing. Had he just been looking at other people or flirting with any of them – or worse, cheating?

I decided to try to put it aside and bring it up after Christmas. But as hard as I tried to have the magical day I’d dreamed of, things were strained and Jay was also unusually quiet and distant.

The following morning, I couldn’t keep it in any longer and confronted him.

He acted as if the notifications were nothing to worry about, insisting he’d just been trying to find an old friend he’d lost contact with.

I wasn’t convinced, but I desperately wanted to believe he hadn’t cheated.

Jay promised he’d come off Tinder and we both tried to make it work. But soon after, he began to have mood swings and I was constantly treading on eggshells.

Four months later, a gut feeling told me I should have followed my instincts, so I took a peek at his phone, and saw he’d downloaded more dating apps.

I told him enough was enough – we were over.

He kept G, and I moved into a flat, but my self-esteem was in tatters. I decided to start focusing on myself.

I’d always wanted to work with animals, and with savings behind me, I was able to quit my job as a digital marketer, retrain as a dog trainer then start my own business.

For the past year, I’ve been dating somebody special, who I know would never do what Jay did to me, and I’m excited about what our future holds.

Looking back on that horrible Christmas Day, I shudder, but I’m also glad that I discovered my boyfriend was cheating on me. If not, I wouldn’t have changed my life completely – and be the happy person I am today.”

*Name has been changed

‘A fire left us homeless’

“Shivering in my pyjamas, I looked back at my house in horror. The most magical day of the year was disappearing, along with my home, in clouds of black smoke. 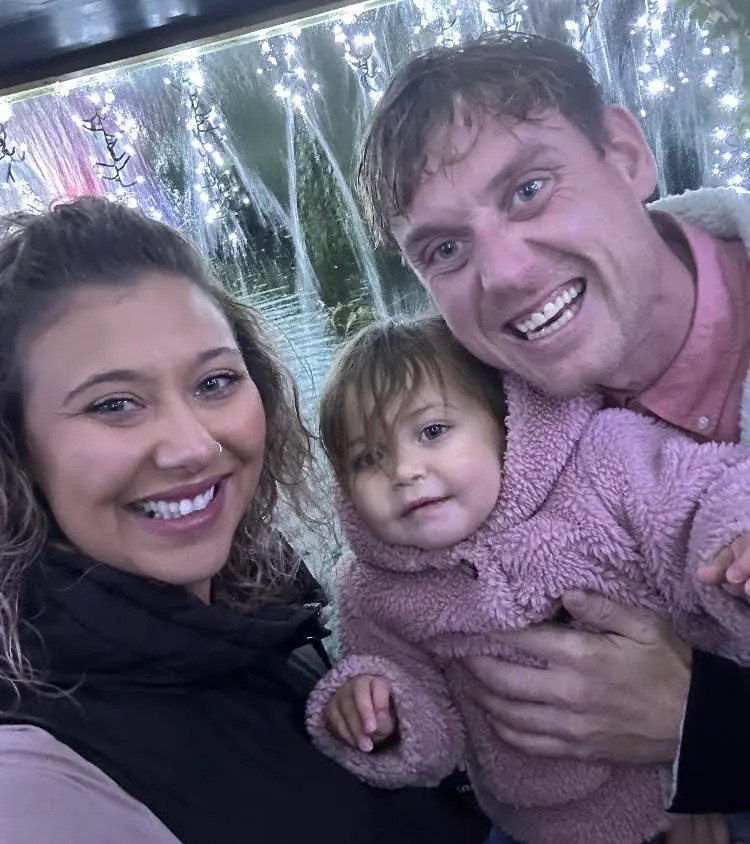 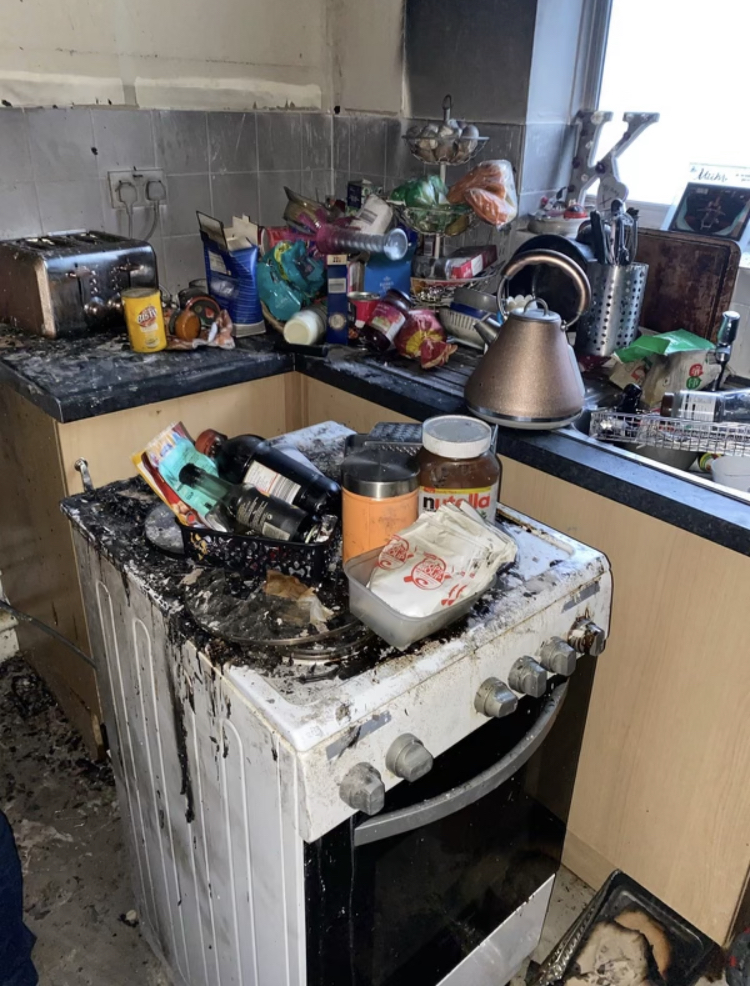 I’d always loved Christmas, and becoming a mum to my son Cayden in 2009 and daughter Miley in 2011 only made it even more wonderful.

In 2020, I needed that seasonal sparkle more than ever – the year the pandemic hit had been hard on me.

In March I was made redundant after 13 years in my dream job as a flight attendant, then in June, my dad Marwan caught Covid and passed away just five days later, aged 68.

Thankfully, the children and my partner Wayne, who I’d met through friends the previous year, helped lift my spirits.

And when we discovered I was pregnant that September, we were over the moon. As I hung tinsel around our council house in early December, I realised my excitement was back.

But four days before Christmas, while doing the festive food shop, I suddenly felt awful and had to head home.

The next day, I tested positive for Covid, which meant the kids would have to stay at their dad’s until early January.

Even though it was just four miles away, I was devastated. It would be the first time I’d spent Christmas without them.

As I lay on the sofa feeling dreadful, Wayne took our Christmas Day beef out of the oven, turned it off, then cuddled up on the sofa beside me.

We must have nodded off, because I was suddenly woken by a loud crackling sound. Panicking, I shook Wayne awake.

He jumped up, opened the kitchen door and saw a fire at the back of the oven. He shouted to take our dog Casper out of the house as fast as I could.

But in the seconds it took me to reach our front door and for Wayne to grab a wet towel to try to stem the flames, the kitchen was a furnace. I heard glass shatter and saw thick smoke everywhere as I ran into the street and called 999.

Sobbing and terrified, and freezing in my pyjamas and slippers, I called my mum Sally and sister Jasmin, who lived close by. It was only seven minutes before the fire brigade arrived, but it felt like a lifetime.

Seeing them enter the house and Wayne finally emerge was a huge relief. As a precaution, Wayne went to hospital to be checked over, while I went back to my mum’s house.

Thankfully, he was given the all-clear, but when he arrived at Mum’s later, he told me the fire service thought there had been an electrical fault in the oven.

The kitchen was destroyed and the smoke had ruined everything. We waited until a couple of days after Christmas to tell the children, and they were amazing about it.

After four days at Mum’s, we moved into temporary accommodation provided by the council. All the damage needed to be repaired and the building made safe before we could return.

There was light in the darkness, though. Jasmin, who runs the sweet company Kande, set up a fund-raiser to get us back on our feet. I was stunned as money poured in.

But what meant more than the donations were the kind words that accompanied them.

Finally, in April 2021, we could go home, just in time for our baby girl Eden to arrive two weeks later in May.

By Christmas Day last year, Eden was already crawling, and as I looked at my amazing family, tears filled my eyes. We were together, happy, healthy and safe. And that was the best gift of all.”

‘Our cat ate the turkey’

Eimear O’Hagan, 41, is a writer and lives in the Scottish Borders with her husband Malcolm, 41, and their sons Ruadhán, seven, and Donnacha, five.

“Waking up, I stared in confusion at the sight of my mother Joan, now 67, sitting on the end of my bed, weeping. 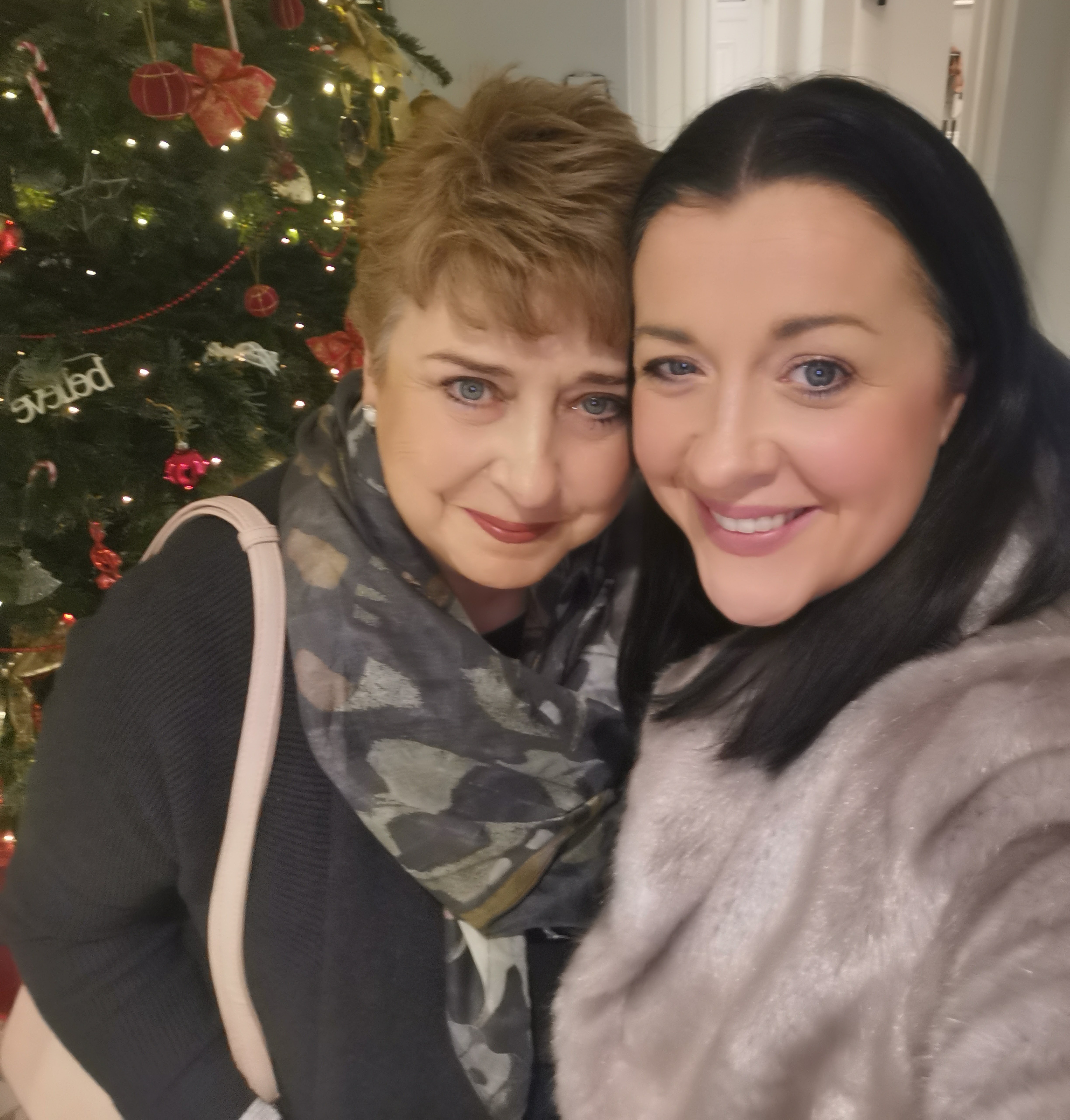 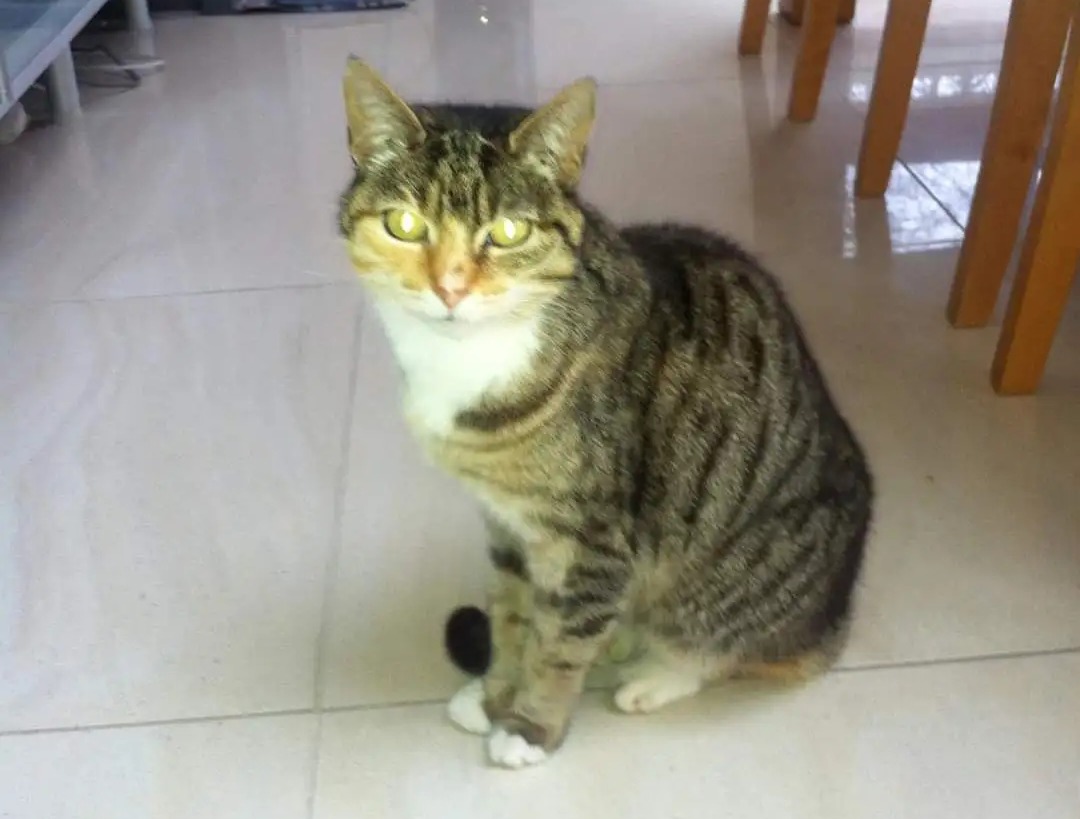 "‘What’s wrong?’ I asked, fearing something terrible had happened. ‘Mrs Tibbles has eaten the turkey!’ she sobbed.

It was Christmas Eve 2011 and our family cat had got a head start on the festive feasting.

Late afternoon the day before, Mum had collected a 6kg organic bird from the local butcher’s and brought it home, where it was carefully placed in a roasting tin in the utility room, ready to be prepped with butter, herbs and streaky bacon.

Both me and my two younger brothers, Fionntainn, 37, and Deaghlan, 36, were under strict instructions to keep the utility room door closed in order to keep Mrs Tibbles – a beautiful tabby former stray we’d taken in – firmly out.

On December 23, it was tradition for me and my brothers to go for a boozy pre-Christmas night out with friends.

However, while Fionntainn and I had come home and gone straight to bed, Deaghlan had not.

Instead, a bit worse for wear, he’d ventured into the utility room to get a bottle of something before heading back out to a party, leaving the door ajar.

Enter Mrs Tibbles who, on finding a delicious turkey sitting on the counter, decided to tuck in.

The following morning, Mum headed downstairs and walked into the utility room before stopping dead in horror.

On the counter sat the massacred remains of the bird and on the floor lay Mrs Tibbles, purring with satisfaction.

Mum ran upstairs to my bedroom, furious with my brother (who was still sleeping off his hangover) and the cat (who was sleeping off her midnight feast) – and distraught that, with less than 24 hours until the big day, we were turkey-less.

Jumping out of bed, I quickly showered and dressed before driving back to the butcher’s, who roared with laughter when I explained what had happened.

With just a few hours left before he shut the shop for the holidays, he had only a couple of turkeys left, but thankfully one was large enough to feed our family– even if it meant we’d spent more than £100 on turkey alone that Christmas.

Shoppers rush to get their hands on ‘bargain’ Christmas trees – worth £1.87

The big day was saved and on December 25 we sat around the table and laughed at how close we’d come to a turkey-free festive lunch, while Mrs Tibbles sulked because all she had to tuck into was a bowl of Whiskas.

A few years later, Mrs Tibbles sadly passed away of old age, but every Christmas Day, we raise a glass to the furry thief and fondly remember the year she ate the turkey.”