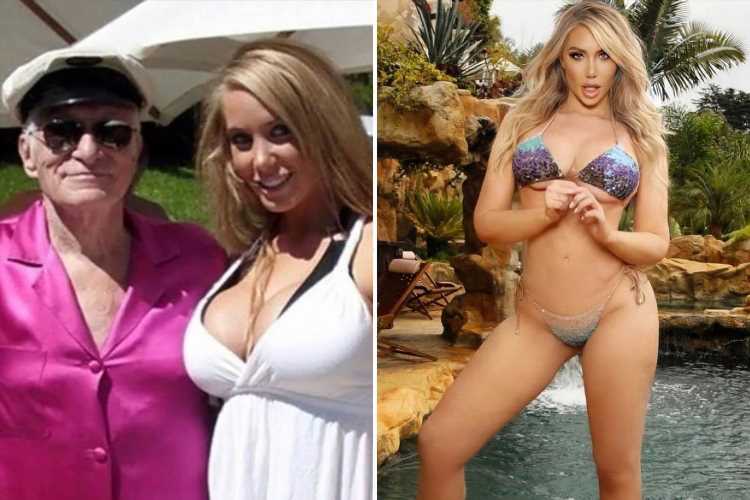 A FORMER Playboy model and ex-resident of the infamous mansion has lifted the lid on what it was really like to live there.

From having a curfew to walking in on Hugh Hefner having sex to serving “party favors” on trays, Jenna Bentley saw and experienced a lot during her time as a Playmate. 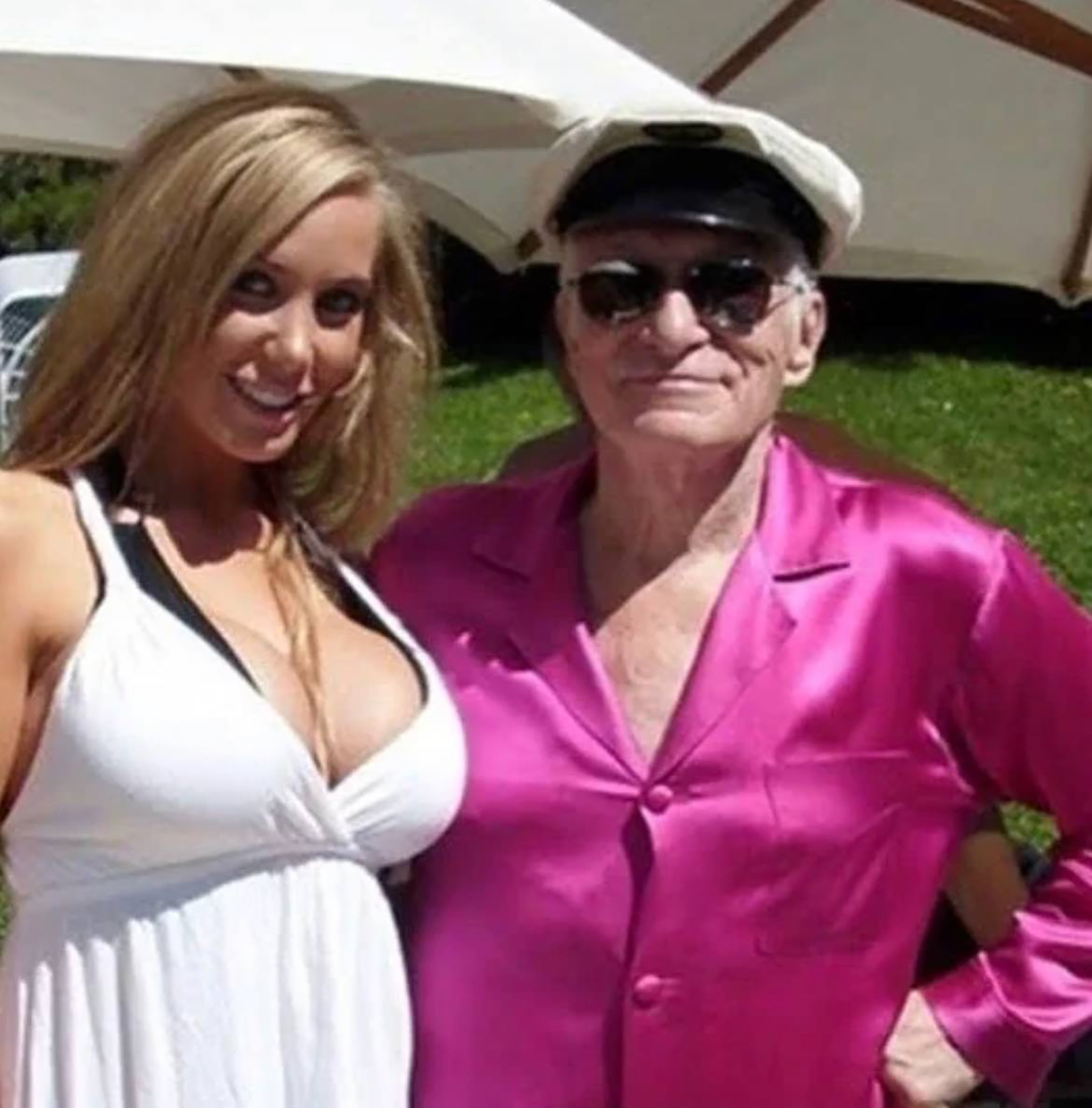 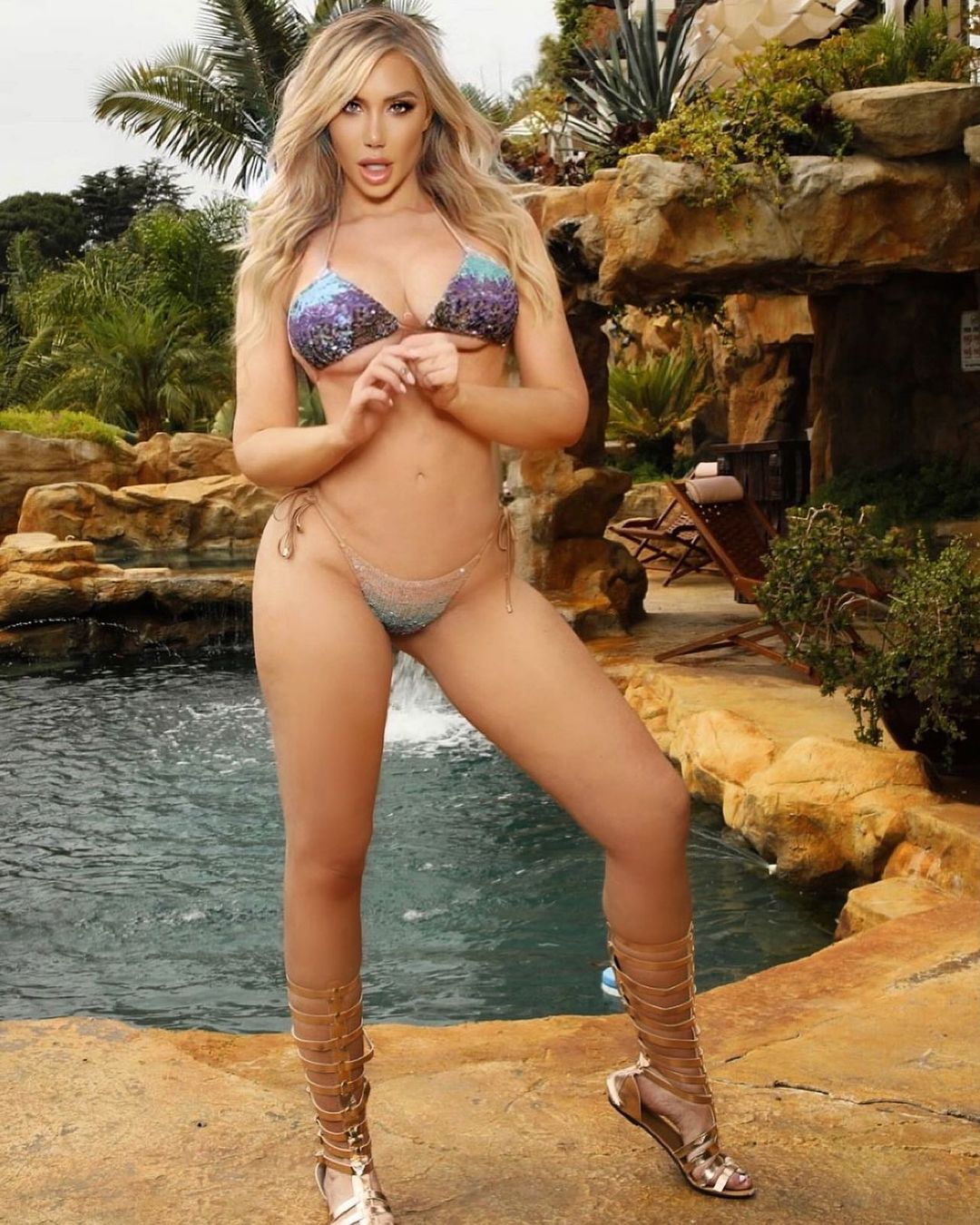 For the Montana native, who was just 18 when she moved in, it was a “dream come true.”

“Even now, I get so nostalgic because it was such an incredible time – they can never replicate that,” Jenna, who shares sexy snaps with her 15,000 followers on Instagram, told Jam Press.

“There will never be anything the same as his parties. I mean, people think they were wild but they were wilder than you can imagine.

"I would often walk around at them with trays of 'party favors', offering them out.

“I have never had sex with Hef, ever, but I did once walk in on him having sex. I obviously can never say who it was with.

“All I can say is that there were four people, including him."

When Jenna moved into the Playboy Mansion, she also had to sign an "iron-clad" non-disclosure agreement, which means she can only give tidbits about what she's seen.

She said: “I had to sign a very, very, very iron-clad NDA, which is why I can’t talk about who had sex at the mansion.

“But I have seen a lot of celebrities have sex there and I’ve also participated in a lot of it."

There were also plenty of rules that Jenna had to follow – or risk being kicked out.

She said: “There was a lot that went into the preparation of living there.

“I’m pretty sure they did quite strict background checks because they have to make sure you’re not a serial killer.

“What you got in return was unbelievable.

“I mean, even though we had a 9 pm curfew, it wasn’t like we were prisoners.

"Although if you missed curfew you were sleeping on the lawn. They were very strict about it.

“And we weren’t allowed to have boyfriends, like, even meeting boys was an immediate kick-out.

“This place we lived at had movie theatres, animals, trampolines, stylists. It was a real-life Barbie playhouse.

“There were servants doing all the cooking and cleaning.

“There was a phone that we called ‘Dial-a-Dream' because you could press 0 and ask for anything you wanted, any time of day or night.

“Like, if I wanted McDonald’s fries at 3 am, they would go out and get it.”

According to Jenna, she lived with at least 12 other women at any one time and it could escalate into chaos.

She said: “People think that women syncing on their periods is a myth but it definitely happened in the house!

“Those months when our cycles did match it was pure chaos.

“We were all d catty with each other for a few days each month.”

Although Jenna claims to have never slept with Hugh Hefner during her time in the house, she says the two did share a special bond.

She said: “It was a dream come true living in the house, you felt like you were special and that Hef only had eyes for you.

“When there are millions of girls who want to be in the position you’re in, you definitely feel important.

“Hugh Hefner only had three main rooms in his house for his official girlfriends and wives and the rest of us lived in the Bunny House.

“Whoever were playmates of the month, like myself, I was Miss April, could stay there for free for the entire year.

“You would help with the body painting, the press releases, going out with Hef and stuff.

“I think a lot of the girls tried to get close with Hef so they could get more money but when I was around, like when he was in his 80s and 90s, he wasn’t having sex with any of the girls.

“He would shuffle around in his slippers, bless his soul, I think all of us blondes just looked the same to him by that point!

“Hef really had a heart of gold.

“He was nice and kind to everybody and he always went out of his way to make everyone feel comfortable. He was also very funny.

"I wish I had got to spend more time with him.”

Hefner, who died in 2017, founded Playboy Magazine in 1953 before the enterprise evolved into an empire consisting of models, nightclubs, and the infamous Playboy Mansion. 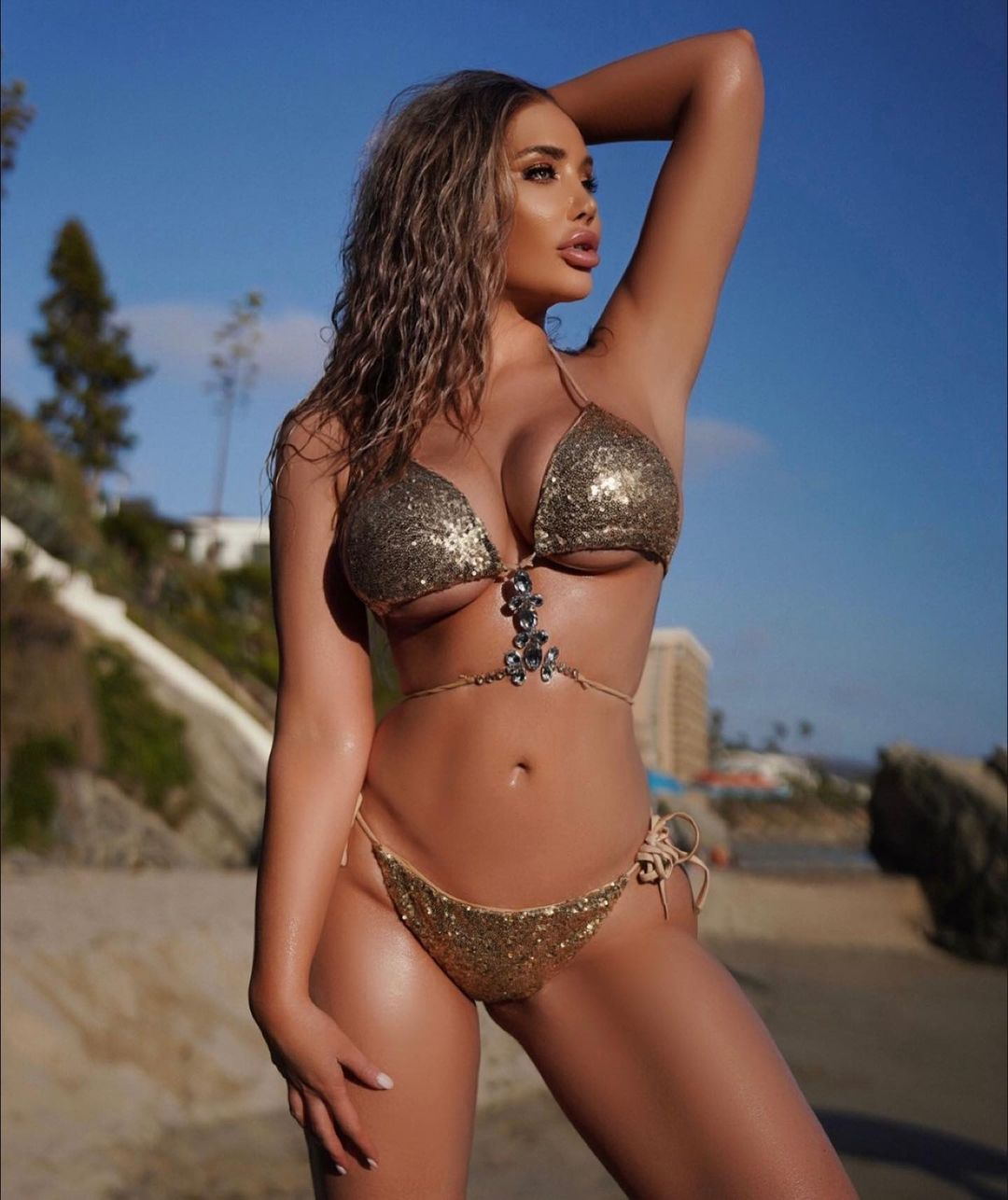 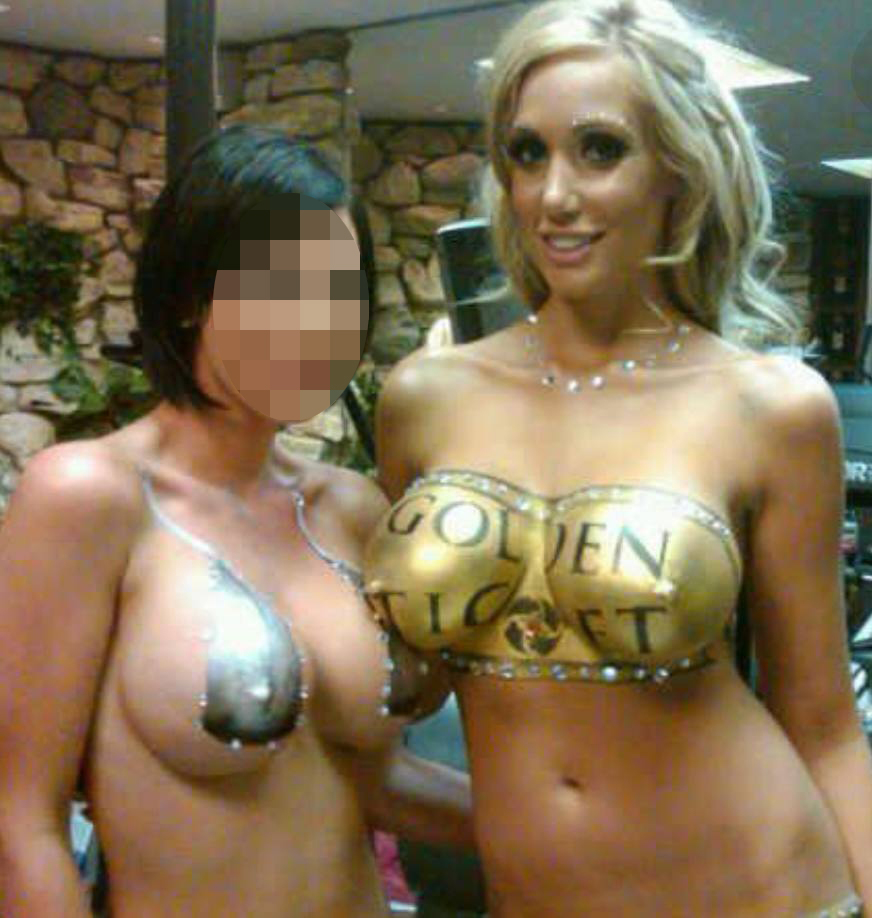 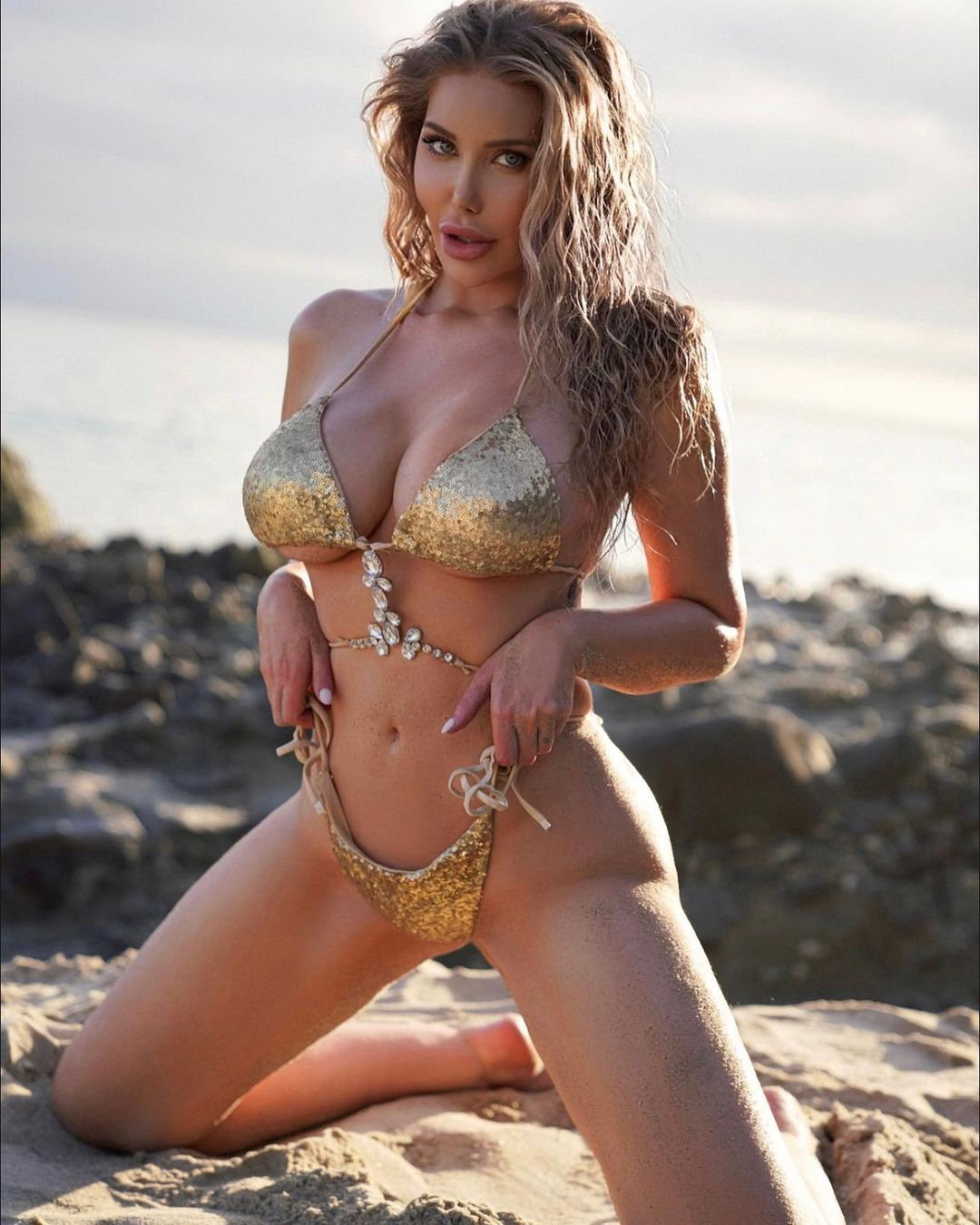