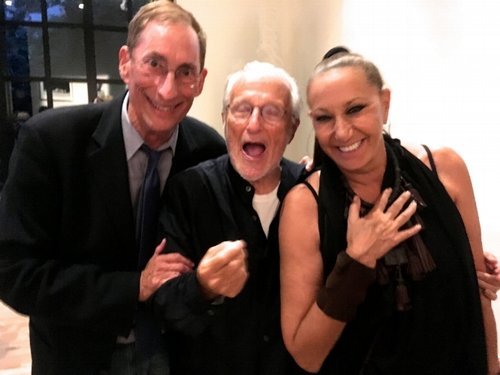 Silver died last week but the cause of death could not be immediately learned. Designer Jeffrey Banks described it as “sudden” and “unexpected” in a Friday post to Instagram.

“Howard was that rare species, a true gentleman who had the highest form of integrity, both in his dealings with you and in the product he produced,” Banks wrote.

He said he first met Silver when he was still a student at Parsons, saying Silver “was always welcoming to students and young designers alike.”

“He was loved and respected by all who knew him,” Banks said.

Silver’s company, Jasco Fabrics, was a family venture started by his father in 1946, and quickly became the fabric source for legendary American designers like Claire McCardell and Norman Norell.  It remains one of the only luxury textile mills making its goods in America, noted for its signature matte and wool jersey fabric made famous in the 1970s by the rise of the wrap dress and later used extensively by Donna Karen.

Silver joined the company in 1980 when he was 30 years old, and quickly positioned it again as a key purveyor of luxury fabrics that could be made in custom colors. He also led the innovation of new fabrications, occasional one-offs for designers, and was one of the first to create organic and eco-friendly fibers.

He received in 1981 the Textile Designer Award from Cotton Inc. and in 1994, Parsons gave him an honorary Gold Thimble Award, normally only given to fashion designers.

With such a list of clients and an extensive history of engaging students and young designers, Silver was inducted into the Council of Fashion Designers of America in 2001 by Oscar de la Renta. He was the first, and remains the only, textile designer in the CFDA.