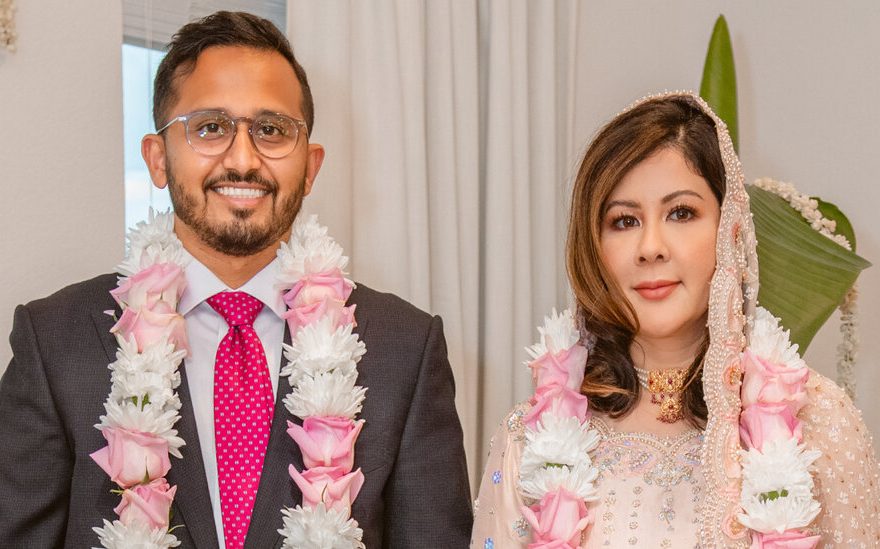 Eventually Saman Akhtar had to know what Mohammad Islam was thinking. “I actually directly asked him: Do you like me? What is going on?” she said.

By that point, they had spent time together in New York, Washington and San Francisco and were texting on a daily basis. But beyond flowing conversation and a hug at the end of their time together in the Bay Area, nothing romantic had occurred.

This wasn’t because of any lack of interest on Mr. Islam’s part. Just the opposite, actually. It was he who sought out Ms. Akhtar in 2014 in New York at Iftar in the Park, a charity event she helped organize during Ramadan. And he was the one who made an effort to get her number from mutual friends in Washington, where they were both living at the time, so they could see each other before he moved to California for a job at Threshold Ventures, where he is now a partner.

A phone call from out of the blue from Mr. Islam, after he moved to the West Coast, was particularly puzzling to Ms. Akhtar, 35. “Guys don’t call you from across the country just for no reason,” she said.

“I was taking my time,” Mr. Islam, 31, said with a laugh. He explained that when he first met Ms. Akhtar he knew he was leaving Washington and didn’t want to be disrespectful by pursuing what he assumed would be a short-term relationship. 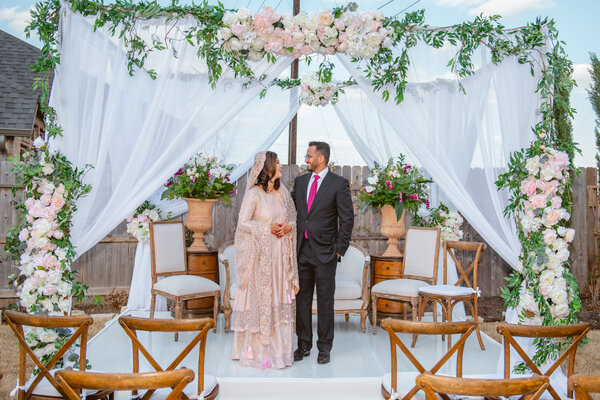 During her visit to San Francisco to see friends a year later, the spark he felt in 2014 was still there — it had even grown in strength thanks to their ongoing communication. But the distance problem remained and Mr. Islam didn’t expect Ms. Akhtar to uproot her life or interrupt her career trajectory to relocate. In retrospect, he said, their platonic parting was a “missed opportunity.”

Luckily, Ms. Akhtar was comfortable being more direct. Soon after she asked Mr. Islam for clarification, they made their relationship official. For about a year they traveled between the Bay Area and Washington, sometimes for just a weekend, and took trips together to Seattle; Austin, Texas; London; and New York.

When Mr. Islam decided to pursue an M.B.A. at Stanford while continuing to work at Threshold, his ability to travel was curtailed and the couple knew they had to make a change or risk losing what they had begun building together.

“One thing that he was very clear with me on was that he didn’t want me to move for him,” said Ms. Akhtar, who received her master’s degree in social work from Columbia. “He wanted me to move because of something I found that I loved.”

For her, that meant finding a school that would allow her to contribute to a local community and continue to develop as an educator. Alpha Public Schools, a charter school network in San Jose, Calif., was a perfect fit. She joined in 2017 and currently serves as principal at Alpha: Blanca Alvarado, an elementary school in the city’s Alum Rock neighborhood.

In 2020, the couple became engaged at Broadway Tower in the Cotswolds region of England. They had planned to get married either in Florida, where Mr. Islam grew up, or in Morocco, a destination that Ms. Akhtar was drawn to. After the pandemic struck, they decided instead to hold their wedding at the home of Ms. Akhtar’s parents in Richmond, Texas.

They were married on March 6 before 10 family members in a ceremony led by Imam Mohammed ElFarouqi of the Baytown Islamic Center.