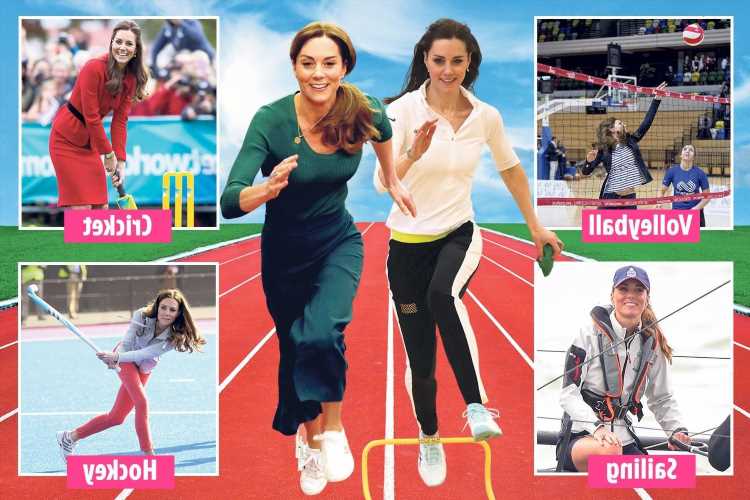 THE daring Duchess of Cambridge is a winner when it comes to sport.

Yesterday we told how the royal action woman abseiled down a rock face and mountain biked in the Lake District.

They’re the latest Olympic-worthy events that Kate has given a go since she married Prince William in 2011.

The royal, 39, is always keen to pick up a bat, ball or racquet when encouraging the nation to go for gold, as we see here.

KATE is ready to jump to it when asked – which she did by trying out volleyball during a SportsAid athlete workshop at the Queen Elizabeth Olympic Park in East London in 2013.

The duchess is a patron of the organisation which mentors young sportspeople to help them achieve their ambitions.

NEVER one to get blown off course, Kate has made being the wife of our future king look like plain sailing.

This shot of her riding the waves off the Isle of Wight in the King’s Cup regatta in 2019 shows she definitely knows her bow from her elbow.

ALWAYS ready to serve, Kate proved she is a smash hit at ping-pong on a visit to a South London school in 2012.

Though her kit may again be unusual, it’s clearly a dress for success. 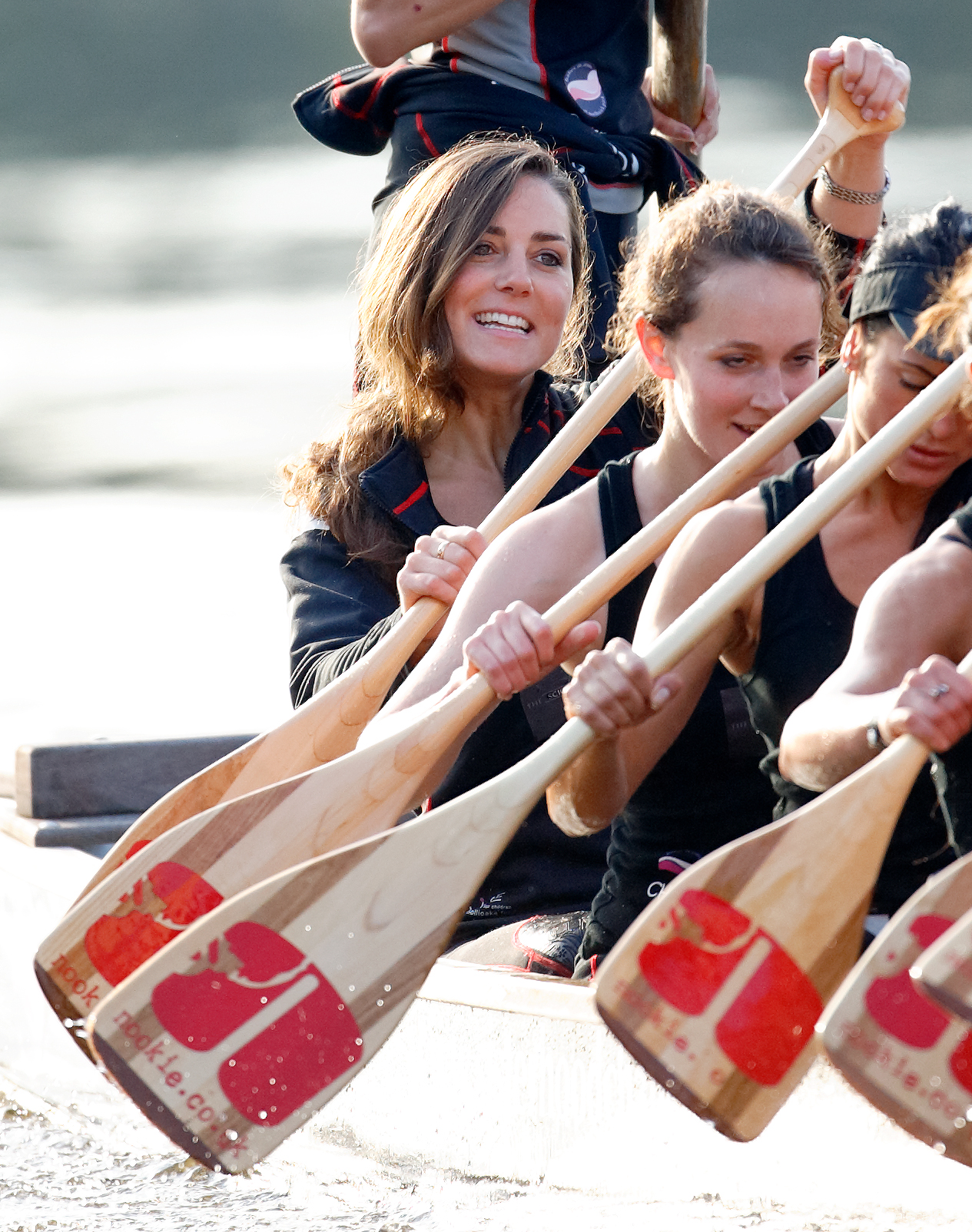 WHAT you might call an oarsome all-rounder, Kate tries her hand at rowing a dragon boat on the Thames in London.

The duchess was taking part in a training session with The Sisterhood rowing team in 2007 for a cross-channel race later that year – which Kate sensibly left to the experts.

CRICKET is bidding to return to the Olympics in 2028, and Kate proves she is ready to go into bat for the game.

And like many of the sport’s modern tournaments, she opted to ignore the traditional all-white dress code when she wore this red outfit for a knockabout in New Zealand in 2014.

THE duchess has been a keen fan of hockey since her school days, when she was team captain at Marlborough College in Wiltshire.

Here she plays with the GB hockey teams at the Riverside Arena in the Olympic Park in London in 2012 – and opts for more practical legwear than her cricket outfit.

KATE channels her inner Jessica Ennis-Hill while leaping a mini hurdle during a tennis workshop in Edinburgh with Andy Murray’s mum Judy in 2016.

And she still managed a smile for the cameras.

OFTEN seen in trainers, Kate has shown she can sprint, even when being a royal might seem like a marathon.

Here she is running at a SportsAid Stars charity event in Stratford, East London, last year. 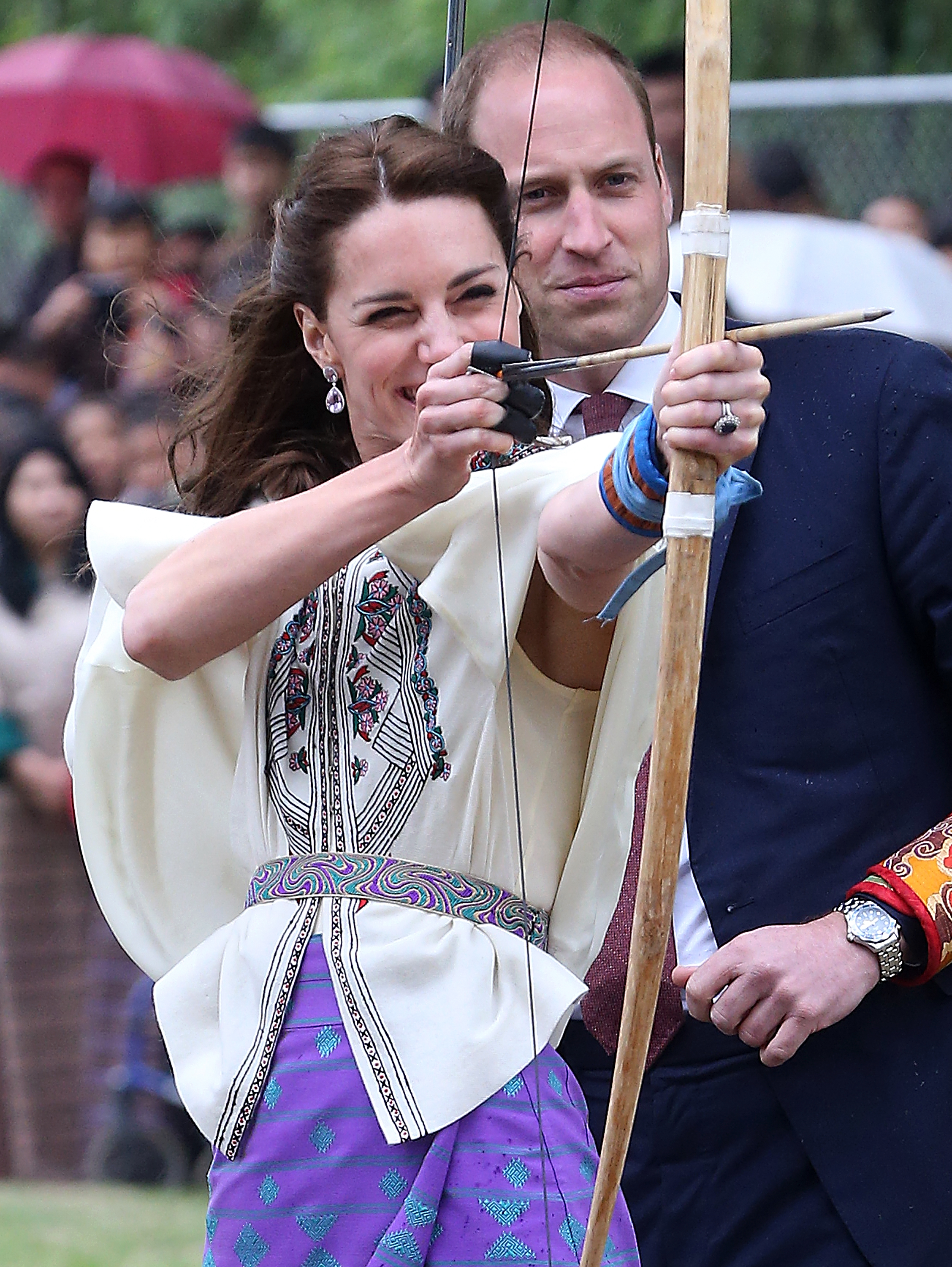 ARCHERY is another string to Kate’s bow, as she proved when she hit the target on a visit to Bhutan while trying out the country’s national sport in 2016.

Anyone who thinks she can’t keep up with William when taking on challenges is definitely wide of the mark.

EMMA RADUCANU might just have won the US Open tennis championship, but Kate has long been another jewel in the British sport’s crown.

She is often spotted in the royal box at Wimbledon and here she visits the London headquarters of the Lawn Tennis Association, of which she is Patron.