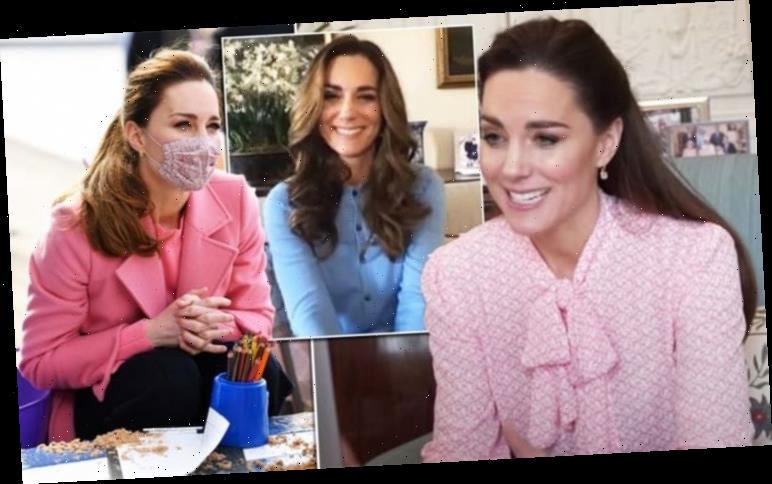 The Duchess of Cambridge stepped out yesterday in a baby pink ensemble. Kate Middleton wore a jumper by iconic British brand Boden. The Hambleden Scallop Jumper, £65, was paired with a light pink coat and black trousers. And it’s not the only Boden item Kate Middleton has worn recently.

Earlier in the week, Kate wore a pastel pink blouse from Boden with a pussy-bow neckline. She wore the Dora Tie Neck Blouse on a video call to mark International Women’s Day on Monday.

The brand was launched in 1991 and started as a menswear catalogue. There were eight products in the first catalogue, hand-drawn by founder Johnnie Boden himself, a start he admitted to the BBC in 2014 was “clearly pretty amateurish.”

The founder – reportedly known as a ‘Hoorey Henry’ at school according to the Independent – is the son of a lieutenant colonel turned farmer and studied at Eton before going on to read philosophy, politics, and economics at Oxford.

Dissuaded from fashion when his father called his position editing the menswear section of the 1977 Harpers & Queen Teenage Edition “stupid” he went into stockbroking. 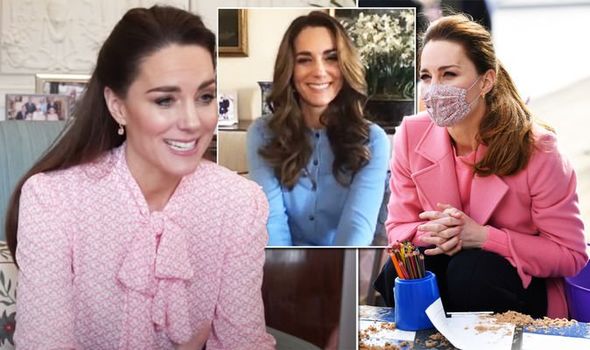 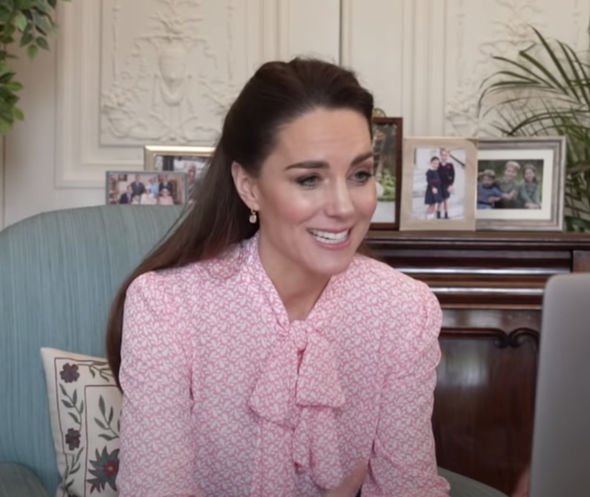 However, his interest in style drew him back to the business, when he founded his eponymous company.

In 1992 Johnnie pivoted to womenswear, which the company has now come to be known for.

The brand is now known for dressing affluent so-called yummy mummies and Kate has been a fan for decades.

Not only does Kate wear the brand, but she dresses her three children in the company’s clothing too.

Her passion for the brand has proven to be positive publicity for the company.

The founder has said: “I am so thrilled that Boden is so well-liked by the royal family.

“We know our customers look to the royal family for style inspiration: after the Duchess of Cambridge wore the now sold out Aurora dress on the Christmas card last year we saw searches for dresses on the website spike massively.”

Meghan Markle has dressed her son Archie in Boden too. 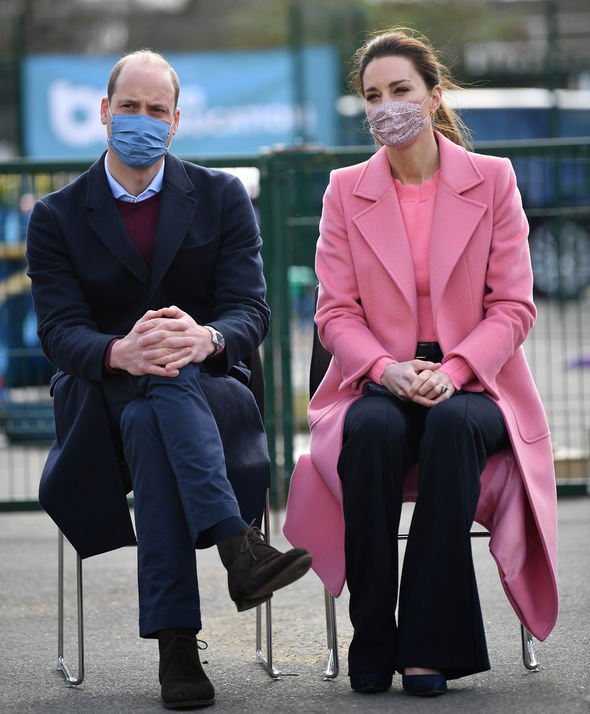 The Duchess of Cambridge has worn a number of Boden looks during lockdown.

Back in November, Kate wore a light blue cardigan from Boden during a video call for frontline NHS workers.

She wore the Abercorn Scallop Cardigan in Frosted Blue, £75.

Kate often matches her children’s looks with her own, dressing them in Boden.

A stylist commented on this habit of the Duchess of Cambridge’s. Stitch Fix Stylist Ambassador, Katie Eastwood, said: said: “Coordinating outfits is a great way of showing unity and togetherness for the Royal Family, whether it be matching kilts at Balmoral for the Queen and her offspring in 1972, or tonal hues worn by William, Kate, George and Charlotte on their 2017 Christmas card.” 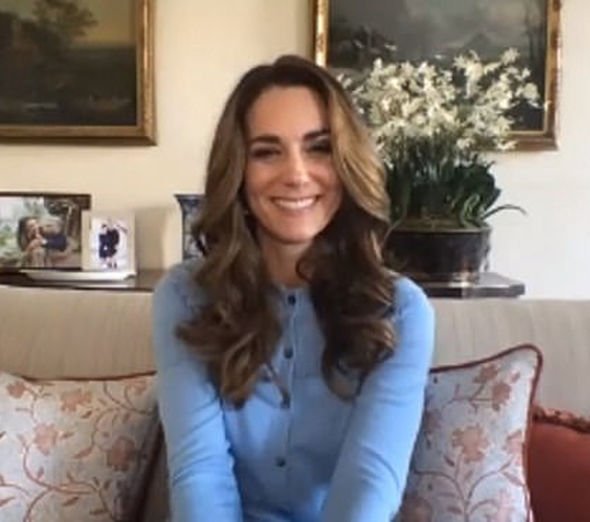 Kate has been wearing a style associated with Margaret Thatcher and feminist politics amid lockdown.

The Duchess of Cambridge has adopted the pussy-bow blouse, a staple of 80s fashion.

The shirt was even a symbol of a feminist protest in Sweden in 2018, when Sara Danius stepped down as permanent secretary of the Swedish Academy amid a #MeToo scandal.