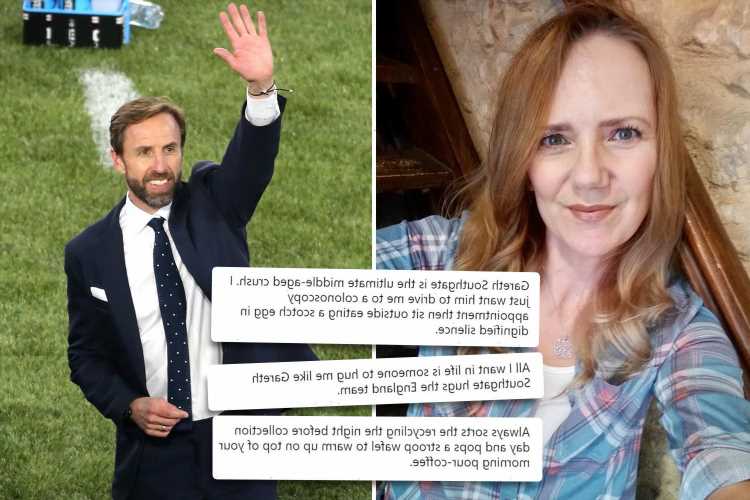 EVERY woman I know was glued to the telly on Saturday evening.

And it wasn’t just to watch England thrash Ukraine 4-0 in the Euro 2020 quarter-finals. 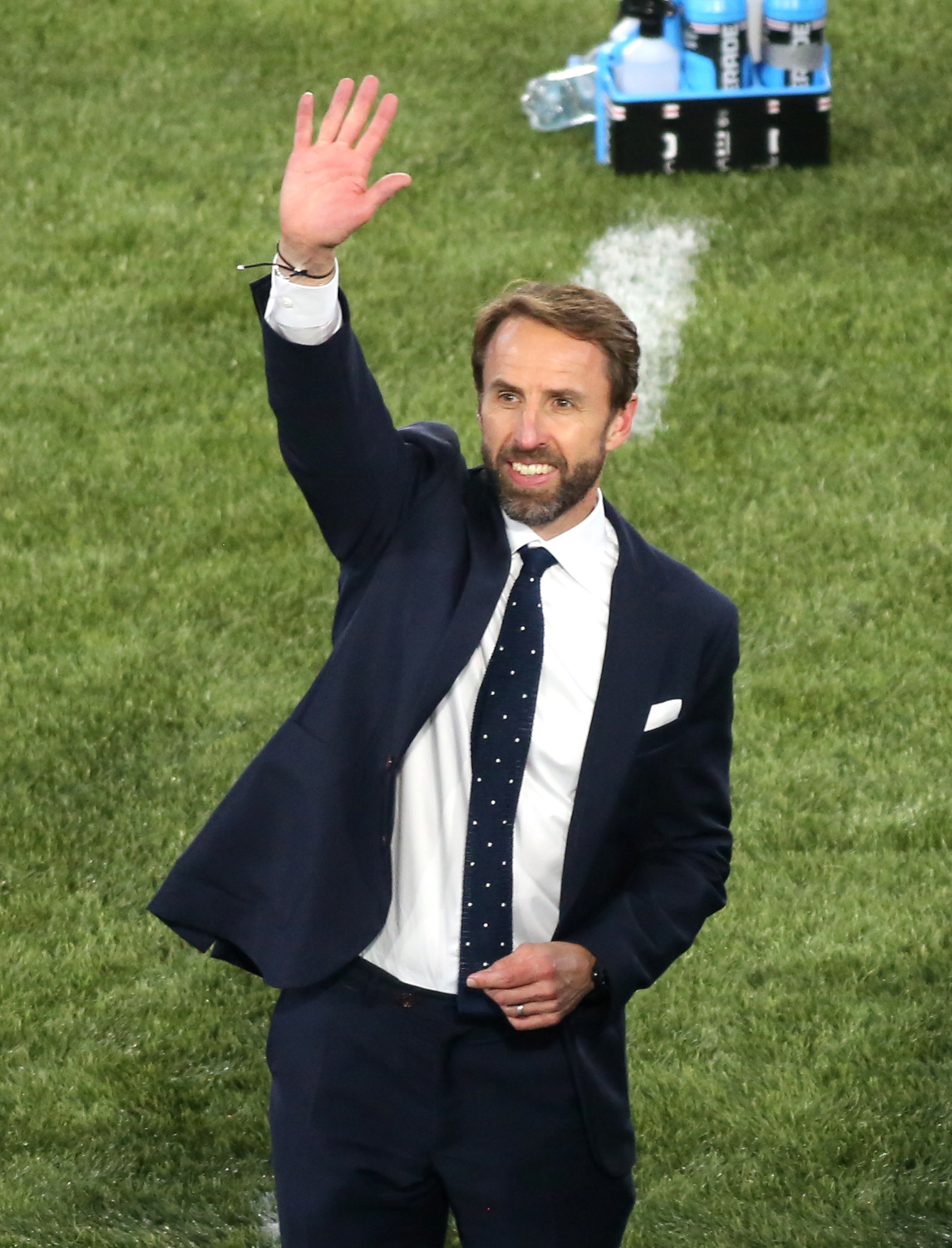 Our man of the match wasn’t one of the two Harrys, either. Neither was it syrupy Gary Lineker, paid a fortune to state the bleeding obvious on the BBC.

Instead, the only chap we wanted to see and hear more from was the one with the reassuringly calm presence on the side of the pitch.

In his unflashy suit and with an endearingly huge honker, heart-throb Gareth Southgate has become my middle-aged crush.

Hollywood writers (usually male) typically have the fairer sex falling for dimbo men with a six-pack or a chiselled face. 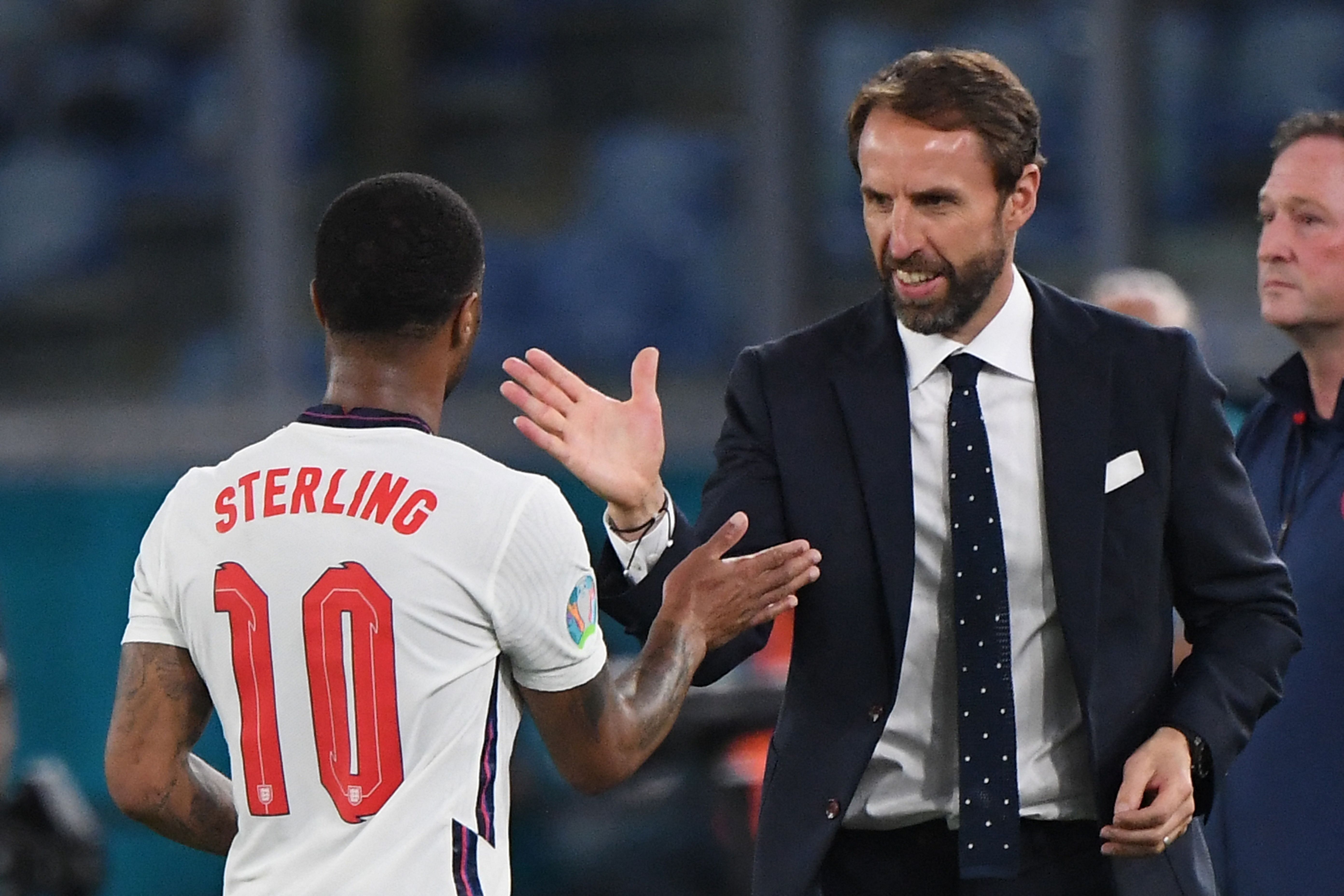 They are, in a word, clueless about what turns us women on. Gareth, 50, is no shouty, thrusting alpha male manager — and thank God for that.

Here is a man who, when tensions are running high, gives his players a reassuring hug and friendly advice.

This is a man who avoided the glitz and the glamour of the Jamie Redknapp and fellow Liverpool players’ Spice Boys era of the late 1990s.

Neither did he bother succumbing to the Beckham-style tat and teeth makeover. 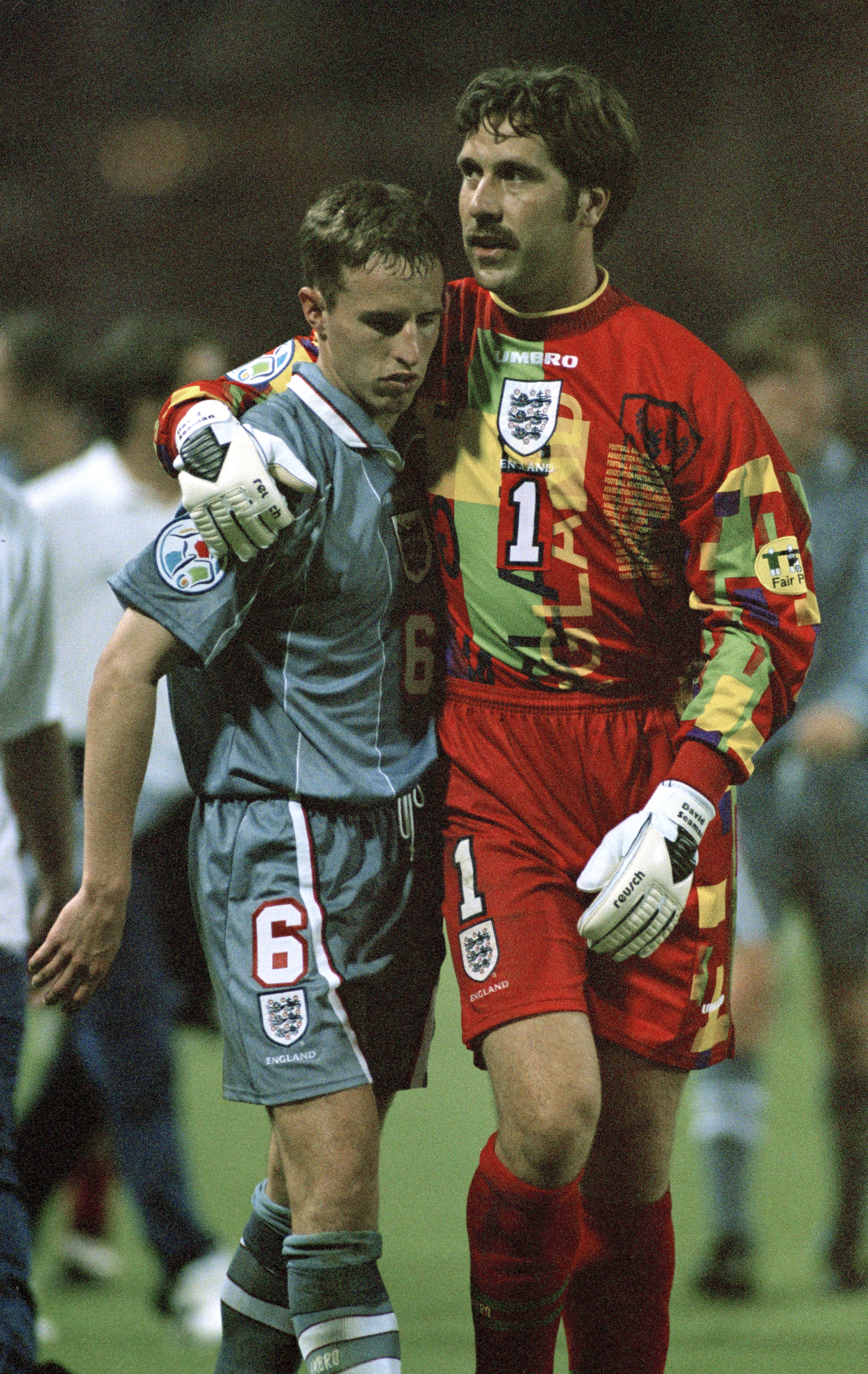 The closest our Gareth gets to unleashing his fashion mojo is when he puts on his Paddington Bear waistcoat.

Granted, Gareth would never make the Love Island line-up like most of his players would.

But when you’re an older, wiser woman you know that the definition of a heart-throb isn’t Magic Mike. It’s a man who knows just how we like our morning cuppa.

He’ll automatically run us a bath if we’ve had one of those days. He’ll never leave the toilet seat up or the loo roll empty either. 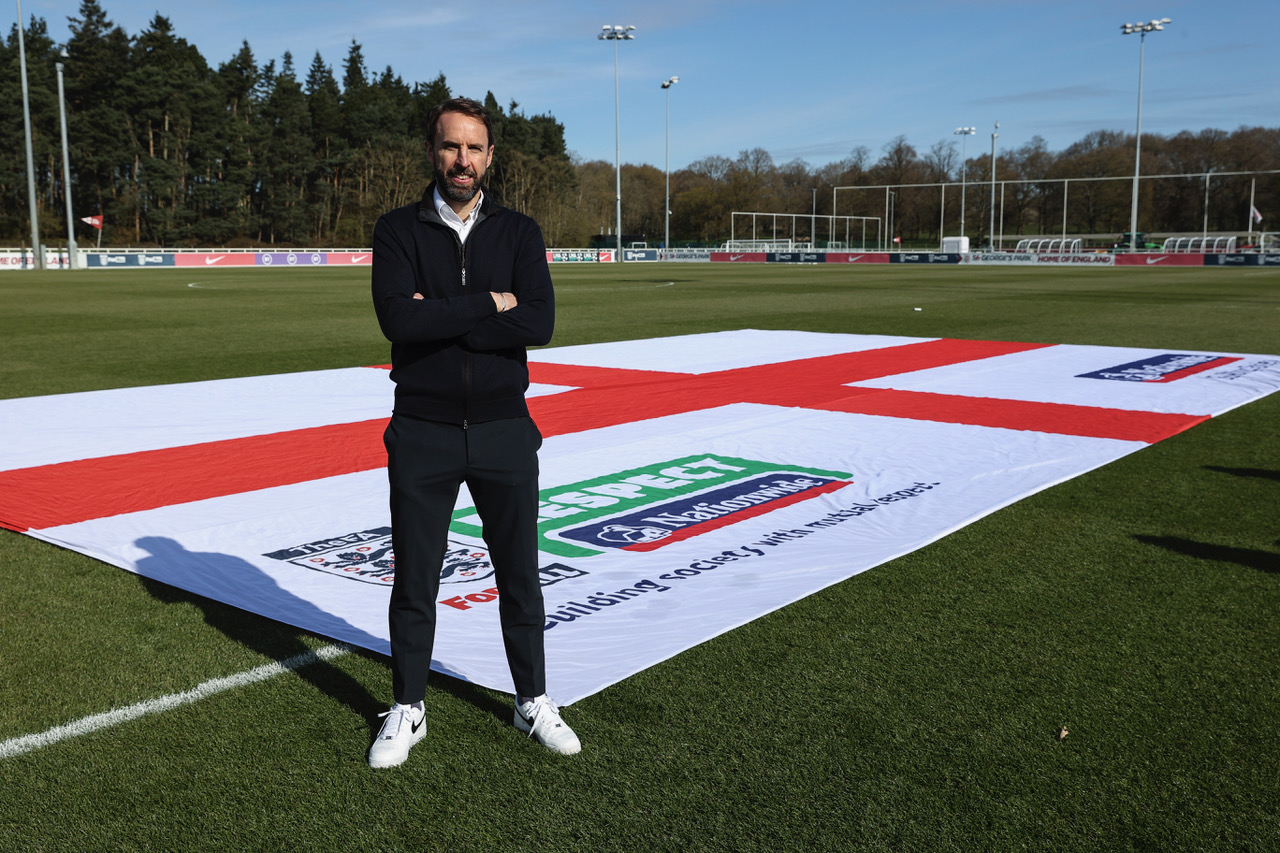 When we’re having a PMT strop, hubbies like Gareth never retaliate.

Instead, they sit us down in front of Netflix with our favourite glass of wine.

What would we do without the likes of Gareth in our lives?

They never argue about putting the bins out. Nor do they mind doing the late-night dog walk.

Quite simply, our hearts beat that little bit faster when it comes to the Mr Nice Guys. I’m not alone in thinking this either.

On Saturday, a tweet from Madeleine Brettingham (@littlemaddles) went viral and launched one extremely funny thread about our Gareth.

It read: “Gareth Southgate is the ultimate middle-aged crush.

“I just want him to drive me to a colonoscopy appointment then sit outside eating a Scotch egg in dignified silence.” I reckon she speaks for all of us. 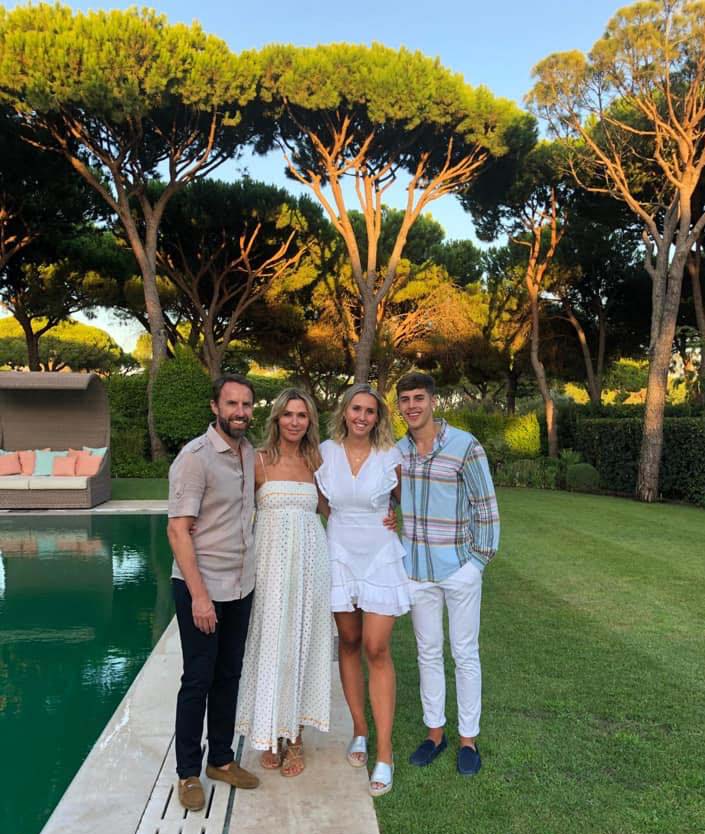 But, best of all, other women chimed in on their fantasy home life with Gareth.

One nailed our dreams, tweeting: “He would methodically sort out the condiments shelf in the fridge because it was getting a bit out of hand. All the out-of-date ones would be emptied and popped in the recycling bin.”

Another fan followed up by saying: “And he would rinse them out first.” 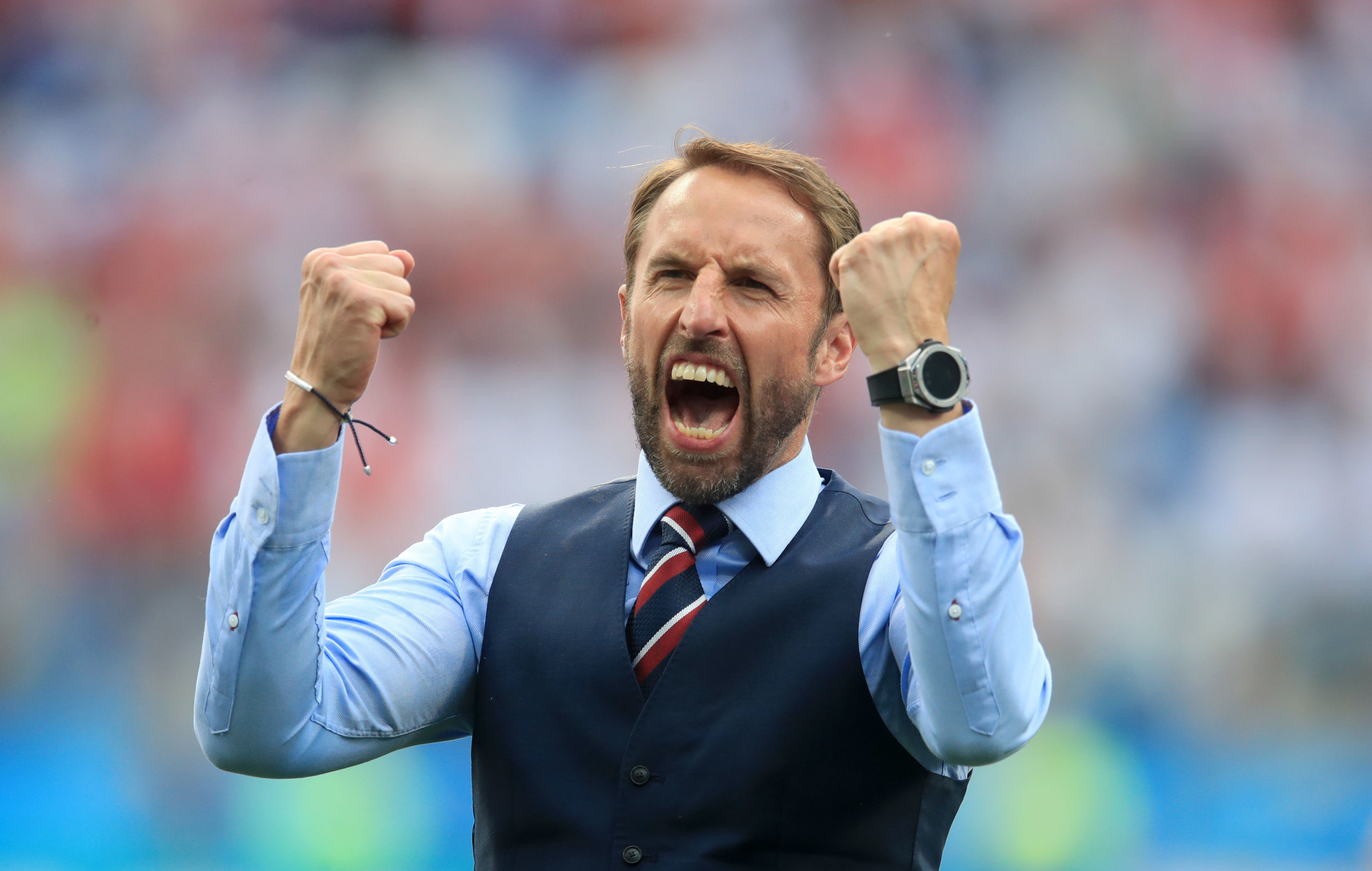 The thread ended up taking Gareth imaginings into the bedroom — where it was less Fifty Shades Of Grey and more fifty ways of how to get some sleep: “I bet he doesn’t snore either and if he uncharacteristically did because he was poorly he would move to the spare room so you could sleep well.”

Thoughts of Gareth went beyond the bedroom and into an area where us girls know he would excel — housework: “He’d hang the washing properly making sure not to stretch the shoulders of your cardigan, and use the curtain tie-backs even though he thinks they’re a bit fussy.”

Even in the kitchen — and my personal favourite — our Gareth could do no wrong: “I bet he gets the toast done just how you like it, and makes sure that the butter goes all the way to the edges.”

When Gareth lost England THAT penalty shootout in 1996, frankly he wasn’t on my or my girlfriends’ radars. 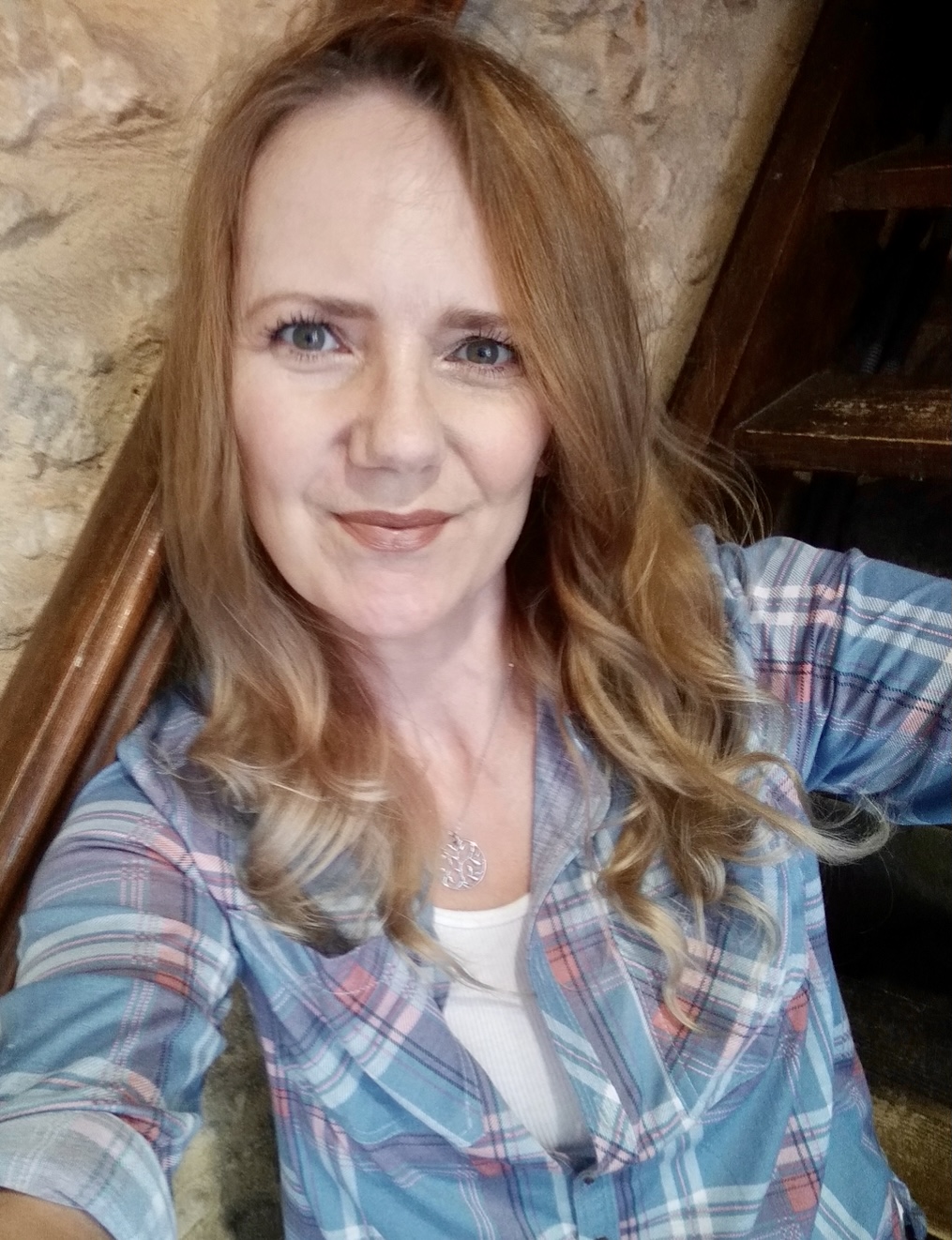 I felt sorry for him and pity, as us girls know, does not lead to wanting to take a man to bed. Gareth is the type of beta male most of us ignored at school or in the office.

But he has grown into a caring family man and he takes these values into his working world, too. It’s only when you get older you appreciate the keepers in life are the good guys.

Gareth doesn’t shout, he soothes. He anticipates the needs of those around him. He probably even folds up his clothes before getting into bed.

Chaps, these are the heart-throb qualities us women love. Alison Southgate is one very lucky woman. 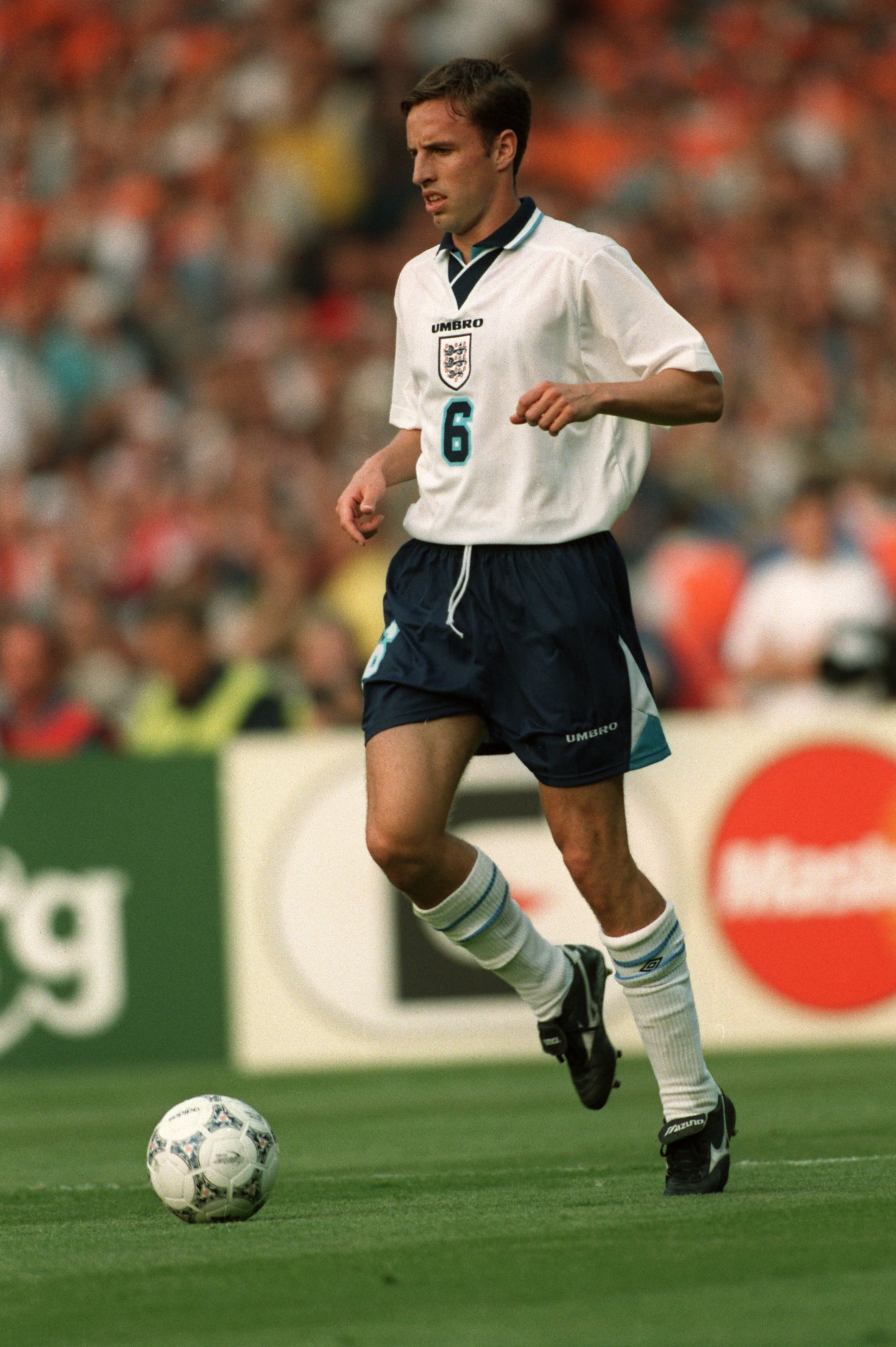 Before Euro 2020, doubtless I wouldn’t have noticed Gareth walking down the street and that’s just the way he likes it. Not any more though.

There is every chance football is coming home and if it does, it will be thanks to our perfect pin-up.

Tomorrow when our blokes’ eyes are on the ball, just know mine will be on our Gareth. 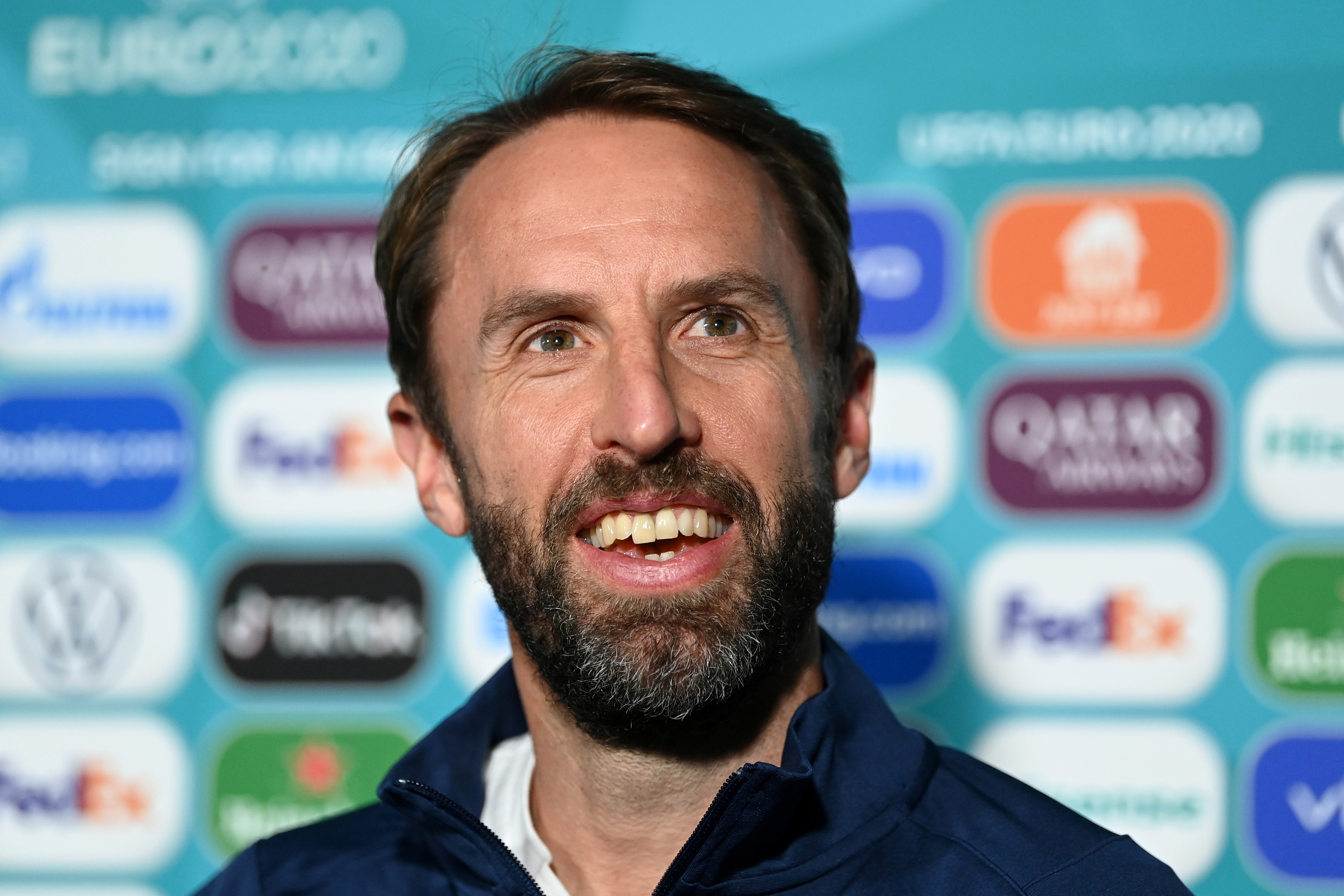