FASHION fans have been left baffled after a designer label shared took to Instagram with a creepy optical illusion snap where the model's legs look horrifyingly skinny.

Designer Mansur Gavriel posted the photo of it's new lambskin ballerina flat shoes to Instagram, with the model sporting a cream dress – causing the model's legs to form a peculiar shape. 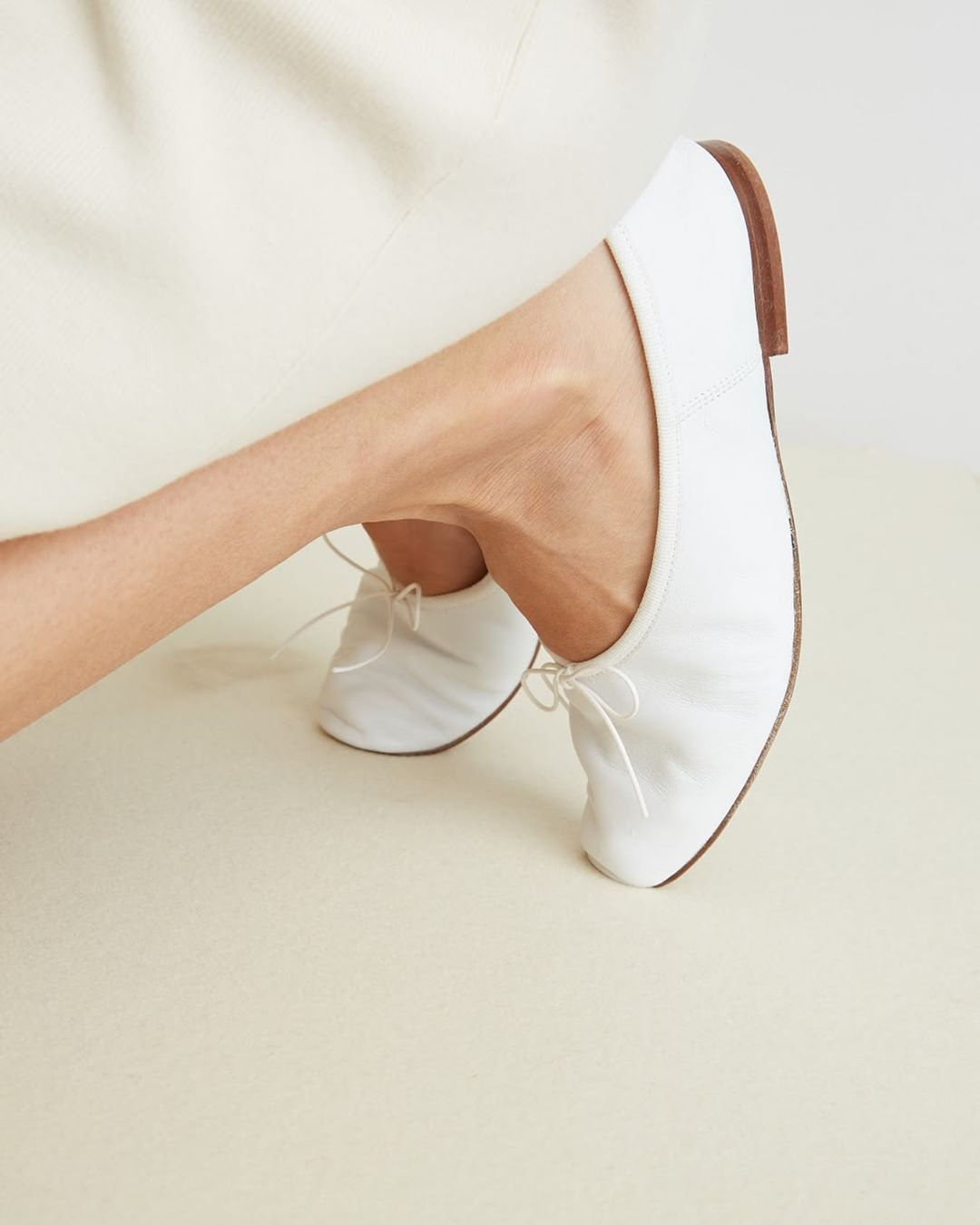 While it caused mass confusion in the comments section, as thousands were disgusted by the 'horrifying' image, the optical illusion is easily solved when you realise the model's dress is the same shade as the background.

And the dress is covering part of her calves as she kneels down, with the fabric seamlessly blending into the background to make it appear she has tiny bone-like legs.

"What the hell is going on with the model's foot and leg?" one commenter replied to the image, racking up over 100 likes from confused shoppers.

"I know, right," someone else responded. "Talk about retouching gone wrong."

In fact, many shoppers believed the appearance of the woman's legs was down to Photoshop, with some slamming it as promoting an 'unhealthy' body image for girls.

"This is the worst case of Photoshop I've ever seen," one woman wrote, with another agreeing: "This is a really unhealthy body image – delete!"

It wasn't until others started to explain the image, noting that it was 100 per cent real and not altered, that the illusion was broken for many Instagram users.

"She's squatting and so her dress is covering half of her leg," a man responded, causing another to admit: "I'm so glad you explained because my mind totally would not have processed that."

"Odd photo selection," someone else pointed out. "The dress should have been a different colour than the background so it didn't look like a weird leg or a photo shopped picture."

"I can't unsee my first impression of this image even though I've figured it out," another agreed.
"It took me so long to get what was going on here, and yet I have a feeling I'm still going to have nightmares," a third said.

"This picture has freaked me out like it's from a horror movie scene," a fourth concluded. "I had to quickly come to the comments to unsee that scariness."

In other news, a mum took to Twitter to share her horror after her size eight PrettyLittleThing dress was small enough to fit on her FOUR-year-old daughter.

While Fashion Nova have launched a plastic-strapped bikini that leaves NOTHING to the imagination.

And sellers are taking to Ebay to flog Kate Middleton's £89 & Other Stories dress for FOUR times the price.