WHEN a loved up couple get engaged, it often means they're willing to commit to one another for life – or at least that's how the story goes.

But as it appears, one woman isn't completely satisfied with her husband-to-be who she says lacks size downstairs, and vows to find another boyfriend to fulfil her needs. 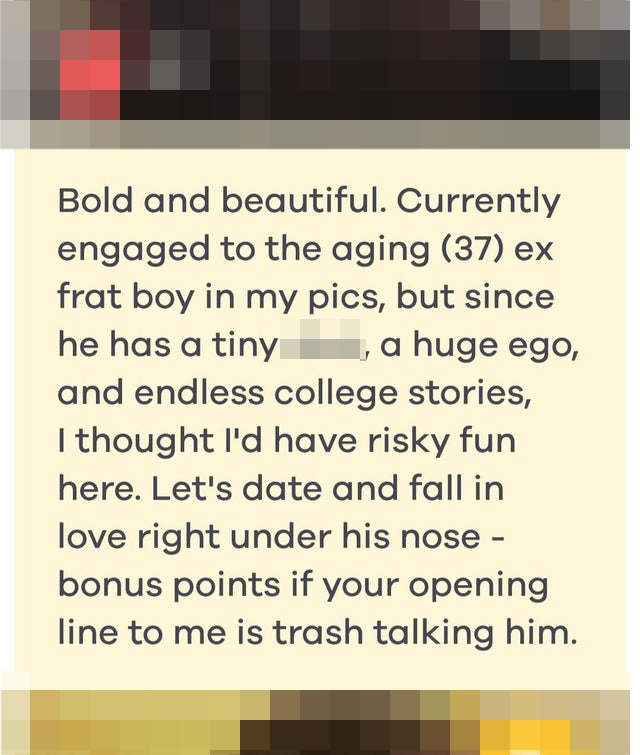 Looking to have a bit of "risky fun", the engaged woman made her intentions clear by updating her Bumble dating profile.

It has since been shared anonymously on Reddit in a thread named Bumble – a community dedicated to discussing the online dating app – and users are equally shocked and amused.

The forthcoming request was written in her detailed dating bio where sheadmitted to her bloke's "tiny d**k" and "huge ego".

The woman, who describes herself as "bold and beautiful," was honest about being "currently engaged" and even shared a photo of her future husband who she describes as an "aging ex frat boy". 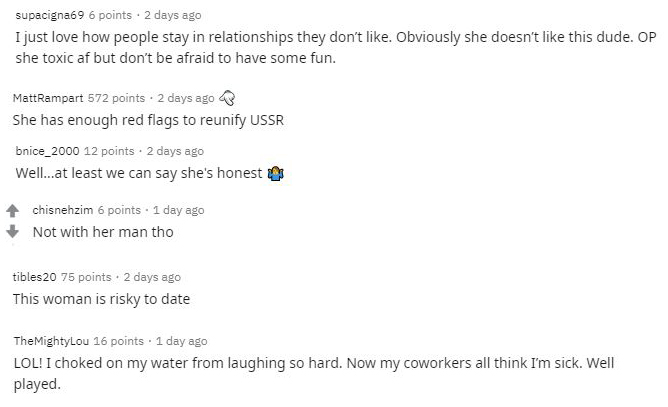 While she shows no signs of ending her engagement, she insists that she's looking for someone she can "date and fall in love" with "right under his nose"

And she'll even give "bonus points" to potential lovers if their "opening line is trash talking him."

Responding to the Reddit post, one bloke joked: "Only send her your best pics just in case they too end up on bumble in this manner."

And another said: "Big NOPE. If that's not a red flag, I don't know what else is."

In other relationship related news, a woman reveals a bloke called her a ‘disgusting fat pig’ who was good for ‘one f**k’ when she turned him down on Tinder – so she got him fired.

And a bloke was banned from Tinder for catfishing… and it was all because of a bizarre Baby Yoda photo.