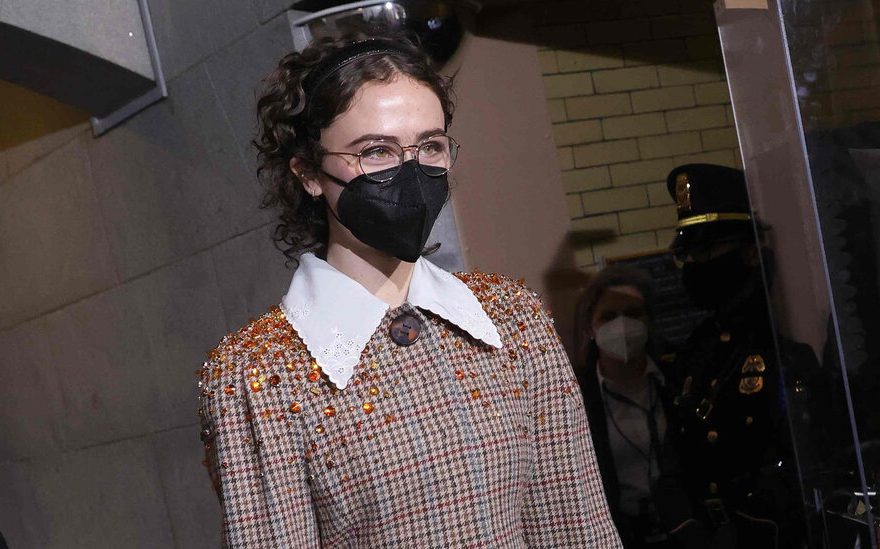 Amanda Gorman is not the only breakout star to have emerged from the inauguration as the fashion world’s latest influencer-in-waiting.

One week after the Miu Miu coat she wore at President Biden’s swearing in went viral, Ella Emhoff, the 21-year-old stepdaughter of Vice President Kamala Harris, became the newest face at IMG Models, one of the world’s most prestigious modeling agencies. Along with Ms. Gorman, who also signed with IMG, the agency works with such famous faces as Karlie Kloss, Alek Wek and Ashley Graham.

“It’s not really about shape, size or gender any more,” said Ivan Bart, the president of IMG Models, noting that what brands are attracted to, and what consumers want, is authenticity. “Ella communicates this moment in time. There’s a cheekiness and a joy she exudes.”

And, he said, when he saw her at the swearing in, he thought, “Wow, she’s communicating fashion.”

Ms. Emhoff’s decision to work with IMG reflects both her own interest in design — she is a senior at Parsons School of Design in New York, where she is studying fine arts with a focus on textiles — and the growing importance of the brand ambassador when it comes to marketing products.

It also speaks to the fashion world’s growing embrace of the Biden administration, with its focus on diversity and empathy, after four antagonistic years with the Trump administration. In 2016, some designers publicly stated that they would not dress Melania Trump because of her association with her husband’s policies; now they are once again in Washington’s thrall.

“I was pretty surprised when everything with IMG was happening because when I was younger, I never saw that as being part of my timeline,” Ms. Emhoff said on a call from her home in Brooklyn. Though she has been modeling on and off for the last year with a smaller agent, IMG will offer an entirely different platform.

“As someone who, like a lot of young girls out there, had self-confidence issues, it is intimidating and scary to go into this world that is hyper-focused on you and the body,” she said. What changed her mind was seeing the diversity of models working today and the opportunity to be “part of that change,” as an artist with a creative passion beyond simply being a mannequin — as well as “really weird tattoos and kind of a funky haircut.”

Ms. Emhoff throws a crocheted grenade at the image of typical D.C. political offspring, with a style that could be termed Wes Anderson chic. In her selfies, she doesn’t wear much makeup and doesn’t carefully blow-dry her naturally curly hair. She shows off her armpit hair and cartoonish tattoos, which include eggs and bacon in the shape of a smiley face and a cow.

She isn’t sure how many she has. “Maybe around 18 now,” she said, including many she did herself during quarantine and some that her parents “may not know about.” She wears Crocs and mismatched handmade clothes, though she also has what she terms a “uniform” of black pants and a white tank top.

“I pick and choose the times I want to show my style,” she said. 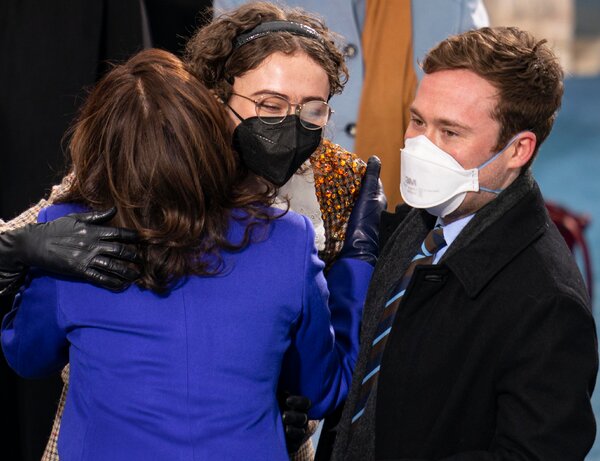 Mr. Bart first became aware of Ms. Emhoff’s style at a fund-raiser for Ms. Harris during the presidential primaries. “I noticed her as soon as she walked in the door,” he said. During the summer of 2020, he and Ms. Emhoff began talking about the possibility of her joining IMG. They had a Zoom call, and she showed him her loom and some of her knitwear pieces.

On her Instagram account, Ms. Emhoff often posts her knitting projects, like brightly colored striped pants, though she notes that she is currently closed to commissions. She also shows support for the slow fashion movement and the queer community. Her past modeling appearances included a shoot for Buffalo Zine, an indie fashion magazine.

Since Ms. Harris’s nomination in August, her modern, blended family has drawn much attention and praise. Ms. Emhoff has described her stepmother, father and mother (Kerstin Emhoff, a production company founder) as “a unit, like a three-person parenting squad.”

This summer, in a video recorded for the Democratic National Convention, Ms. Emhoff referred to the vice president by her nickname, “Momala, the world’s greatest stepmom.” (When it comes to the second gentleman, she and her brother, Cole, 26, call him by his first name, Doug, almost exclusively. Before the inauguration, Ms. Emhoff told The New York Times she hoped he would take up knitting, “like I do.”)

The inauguration ceremony brought a new level of public attention to Ms. Emhoff. It wasn’t just her outfit — styled by Jill Lincoln and Jordan Johnson, who dressed Ms. Emhoff in a burgundy Batsheva frock beneath the Miu Miu coat — or the Thom Browne coat, skirt and tie, with its hints of red, white and blue, that she wore to the Covid-19 memorial service the night before, but the way she possibly wiggled her eyebrows at Mike Pence on the Capitol steps.

“What she wore and who she was that day was in line with the person I met,” Mr. Bart said. “That’s why everyone noticed her.”

In the days leading up to the event, she had about 50,000 followers on Instagram, according to the social metric tracker Social Blade. A week later, she had more than 300,000.

The reaction to her appearance definitely surprised her. “I knew the coat would be a hit because I loved it so much, and I think that’s all that really mattered to me,” she said. “But I don’t think anyone expected the kerfuffle it caused on the internet.”

Initially her family was hesitant about her new sideline because, Ms. Emhoff said, “modeling can be a pretty intense industry — they were a little protective of me.” But that shifted, she said, “when they saw my interest in it and saw what is changing in that world. I think they’re pretty excited I can be part of that.”

Addressing where Ms. Emhoff may model first, Mr. Bart said: “We will be very careful and think strategically about opportunities that align with her position and aspirations.” He named a fashion spread, a brand association and a podcast as possibilities.

IMG is owned by the entertainment and sports behemoth Endeavor (formerly WME-IMG), and often clients work across the company. Ms. Gorman, for example, became a WME client in 2017; her association with IMG is simply an evolution of that relationship.

“I’ve obviously got a bigger platform now, and I’m excited to share a lot of things I really care about, and do some good,” Ms. Emhoff said. So while she said she was “excited to do things like wear fun clothes” and be part of the fashion world — “to bring a bit of Bushwick into the high fashion realm” — she was also looking forward to doing some knitwear fund-raising.

“There are a lot of people out there that need a lot of help,” she said. “If I can do anything to help with that, I want to, and I think this opportunity will be really beneficial toward that.” 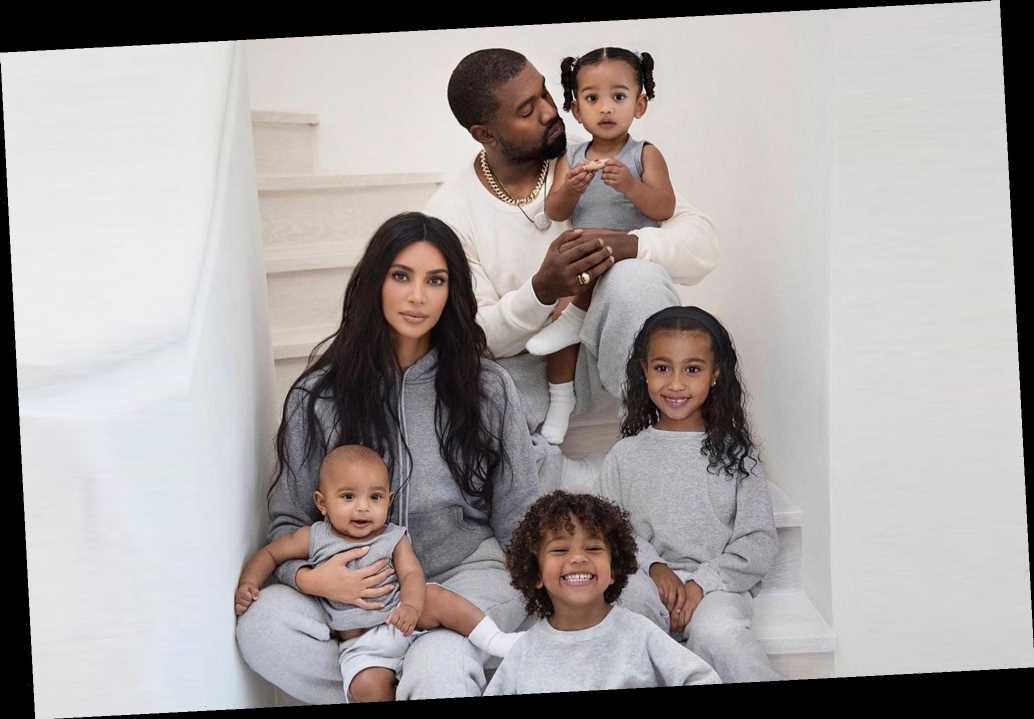 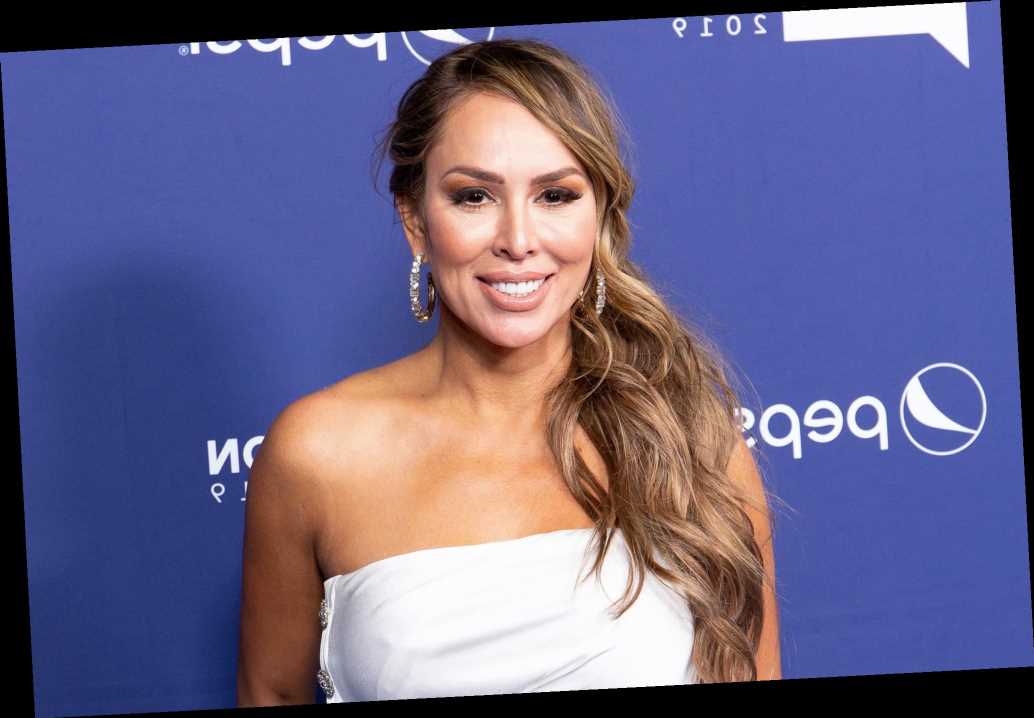