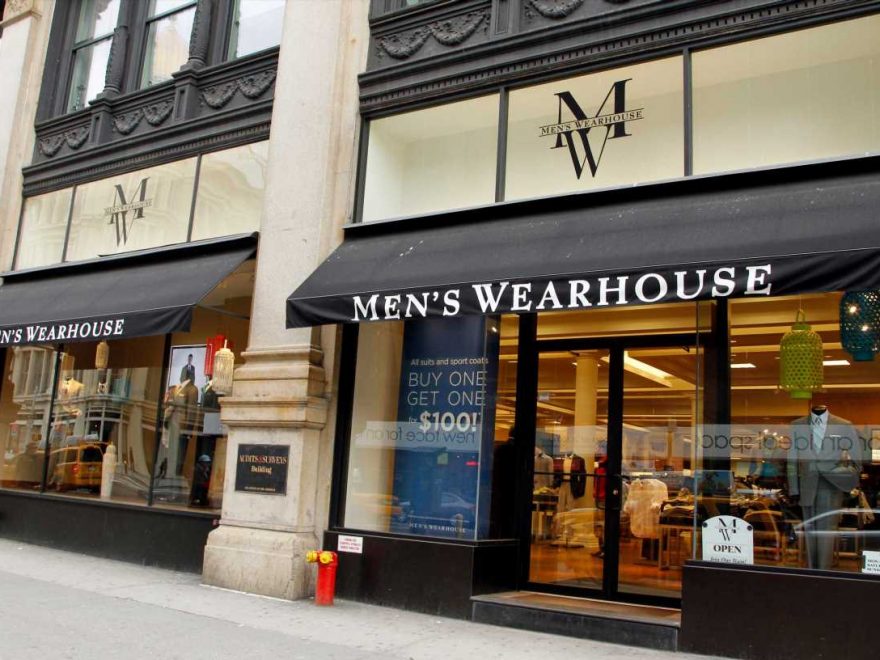 The Dinesh Lathi era at Tailored Brands is coming to an end.

A day after a court hearing where the company was seeking approval for an additional $75 million loan it secured as a lifeline to keep it afloat, the company said Lathi, chief executive officer, will step down on March 26. Board members Bob Hull, the former chief financial officer of Lowe’s, and longtime Macy’s executive Peter Sachse will serve as interim co-CEOs until a successor is named.

“It has been my pleasure to work as part of the talented and dedicated Tailored Brands team, and I want to thank all of my colleagues for their support and many contributions over the past five years,” Lathi said. “I believe in the power of our brands and am confident the hard work we have done together has put the company on a path toward long-term growth and success. I will be rooting for everyone at Tailored Brands as you take these next steps.”

“With a solid financial structure now in place and the support of its new owners behind it, Tailored Brands is well positioned for growth in its next chapter,” Hull said. “We are immensely grateful for Dinesh’s contributions as both a director and executive of the company over the past five years, and especially for his leadership in successfully guiding the company through both the restructuring and the unprecedented challenges of the global pandemic. We wish him well in all of his future endeavors.”

Sachse added: “The team at Tailored Brands is incredibly strong, and even in the midst of the pandemic, Dinesh guided them to make smart investments to strengthen the brands and the value proposition they deliver for customers. As a result, the company is now delivering enhanced online and omnichannel options to shop seamlessly across channels, piloting new in-store experiences to make shopping safer and more enjoyable, and offering an expanded product assortment. We will continue to accelerate this progress to meet the evolving needs of our customers and ensure we’re earning their continued loyalty every day by helping them look and feel their best for moments that matter.”

Lathi has been CEO of the men’s wear group that owns Men’s Wearhouse, Jos. A. Bank and Moores since March  2019. He got involved with the brand as a member of the board in March 2016 and was named chairman the following year. He became executive chairman in August 2018 and served as acting CEO following the retirement of Doug Ewert in September 2018.

From the moment he took over the reins, Lathi was highly critical of former management, most of whom have since exited the firm, either by choice or as a result of being replaced. He said the business had not evolved with the times, was too price promotional and too heavily dependent upon tailored clothing.

Among those who exited were Scott Norris, the longtime chief merchant for Men’s Wearhouse; Mary Beth Blake, the president of Jos. A. Bank, and board members David Edwab and Sheldon Stein. Lathi’s number two was Carrie Ask, chief customer officer.

Although they have worked to update the business, the pandemic pushed it over the edge and Men’s Wearhouse filed Chapter 11 in August. The retailer exited Chapter 11 in December but went back to its lenders to secure the additional $75 million last week.

The company said Tuesday that as a result of the latest financing deal, the board and Lathi “mutually agreed that this is the right time to reevaluate the skills and experiences needed in the CEO role as the company prepares for its next chapter of growth and success.”