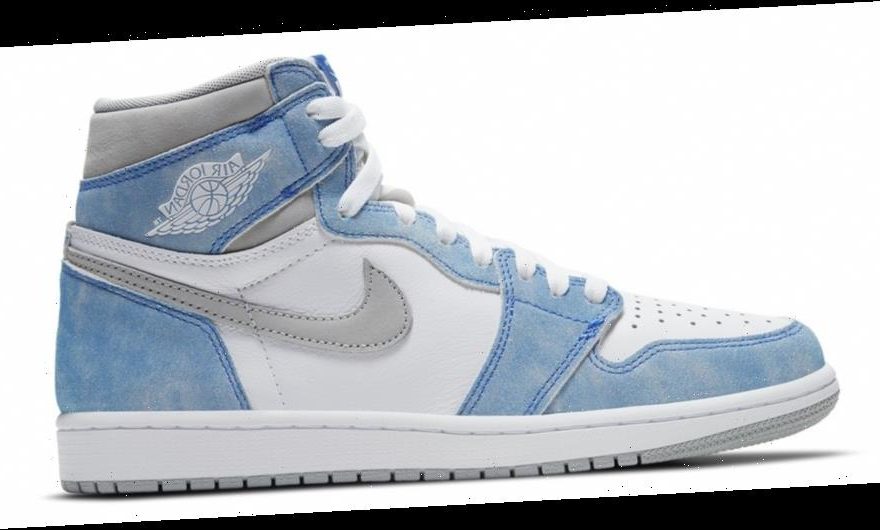 First teased towards the end of 2020, Jordan Brand‘s Air Jordan 1 “Hyper Royal” has now received a full set of official images. Partially borrowing its most prominent hue from a bright AJ1 that released in 2018 but offering an entirely new leather/suede construction and artfully faded look, the “Hyper Royal” is one of several interesting takes on Michael Jordan‘s first signature sneaker slated to release in the new year.

Quarters and toeboxes alike take on a crisp white leather, with signature detail provided by washed-out “Hyper Royal” suede on the toebox, eyestays, collar flaps and heel. Apart from the obvious material contrast — Air Jordan 1s typically feature full leather uppers – this blue suede calls to mind images of well-worn jeans. Even more suede is used on the gray Swooshes and collars, with a pop of fresh, bright blue arriving on the white nylon tongue’s Nike-branded fabric tag. White laces hold everything together and white midsoles work with gray outsoles to round off the look.

Though an official release date has yet to be announced, early reports place the arrival of the Air Jordan 1 “Hyper Royal” on April 17 with a standard MSRP of $170 USD.