A "BRIDEZILLA" has been caught ambushing her fiance at work and demanding he marries her on the spot, or she's "done".

The unnamed woman, who's in a wedding dress, stormed into popular American chain Target, where her fiance works, to make the demands. 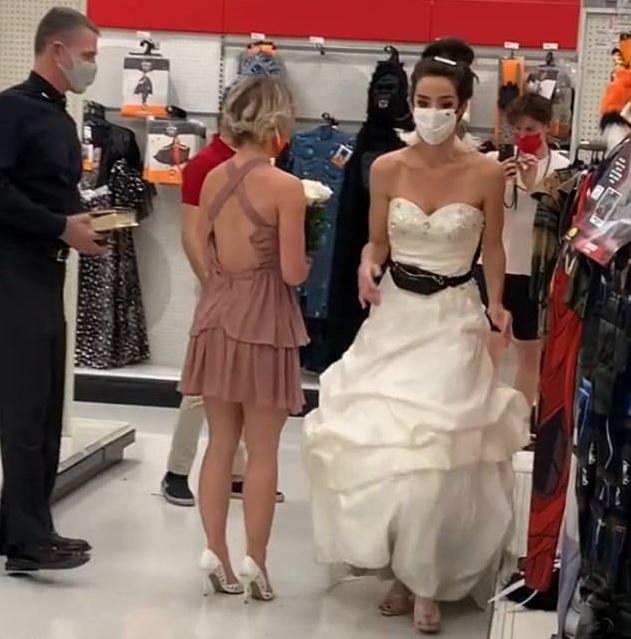 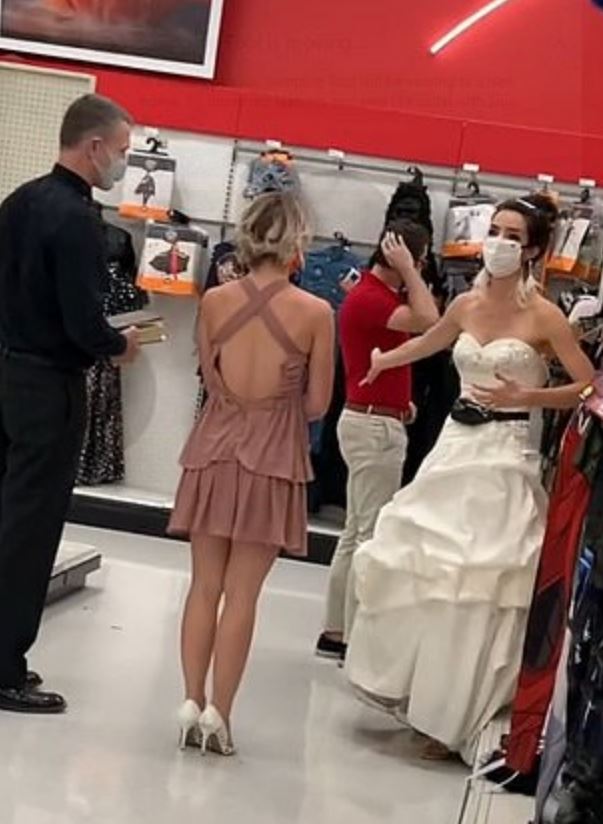 She was flanked by a bridesmaid and a priest – and the whole thing was caught on camera by baffled shopper @boymom_ashley – who posted a video on TikTok.

"You put this ring on my finger two years ago and it's time to do it or get out," the bride is filmed telling her fiance, who's in the middle of restocking shelves with Halloween costumes in the Las Vegas shop.

When she realising she's being watched, the bride, who's physically shaking, says hello and that she's making her fiance "commit" or she's dumping him.

As the bizarre group leave the store, the 'groom' can be heard saying: “Could someone have told me about it?” 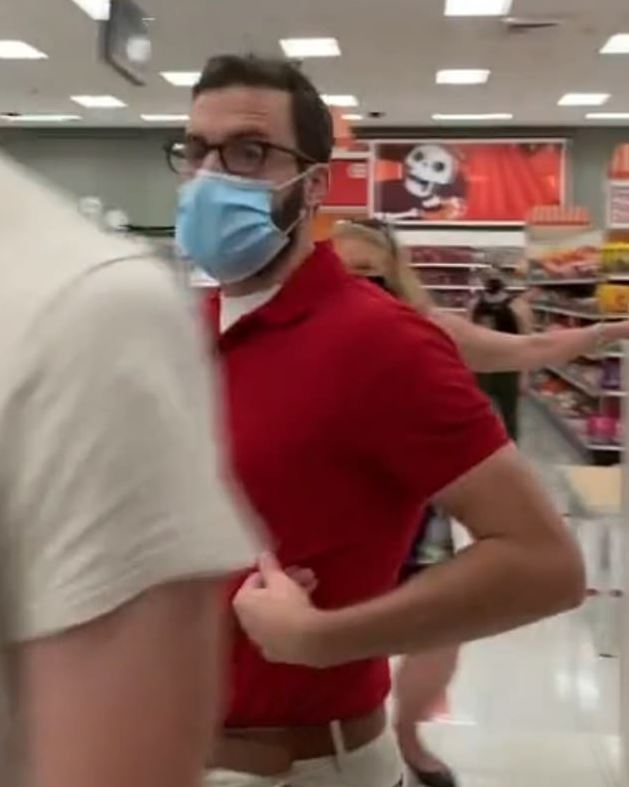 Ashley posted two videos but unfortunately there's not a third, showing if the couple get married or not.

A clip was also posted to Reddit, where baffled commenters said: "Has this ever worked? This is so nuts! If I was considering marrying a person and they did this, our relationship would immediately be over."

One person said: "She couldn’t wait for his shift to be over to throw her tantrum?" 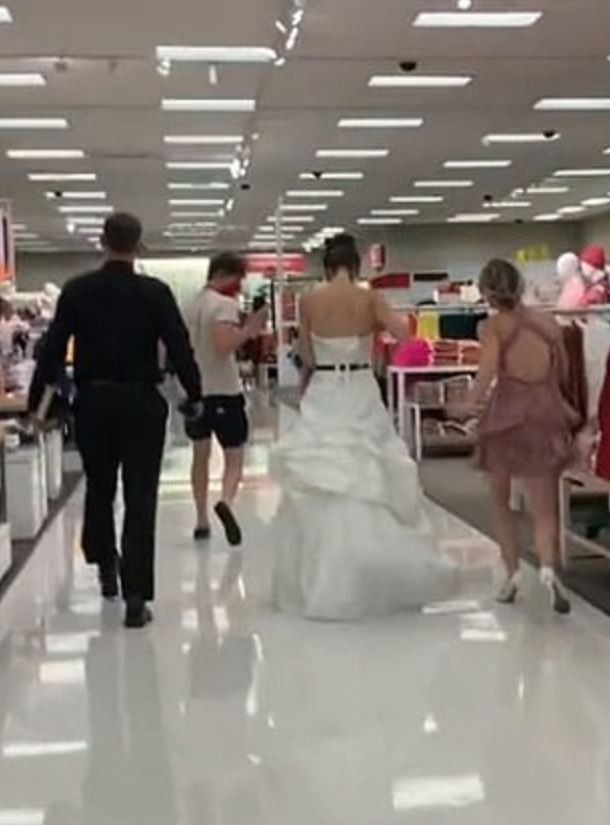 While a second wrote: "This might be my new favourite video I've ever seen. Cringe levels off the charts. I have SO many questions."

And a third commented: "Run away as quickly as possible from that level of crazy."

Others poked fun at the bride's black fanny pack, which she's wearing over her wedding dress.

It's unclear if the whole thing was real or a staged stunt.

Yesterday, a bridezilla was shamed forher list of SEVEN wedding first dances – with costume changes and a plan to get her in-laws, who are in their 80s, on roller skates.