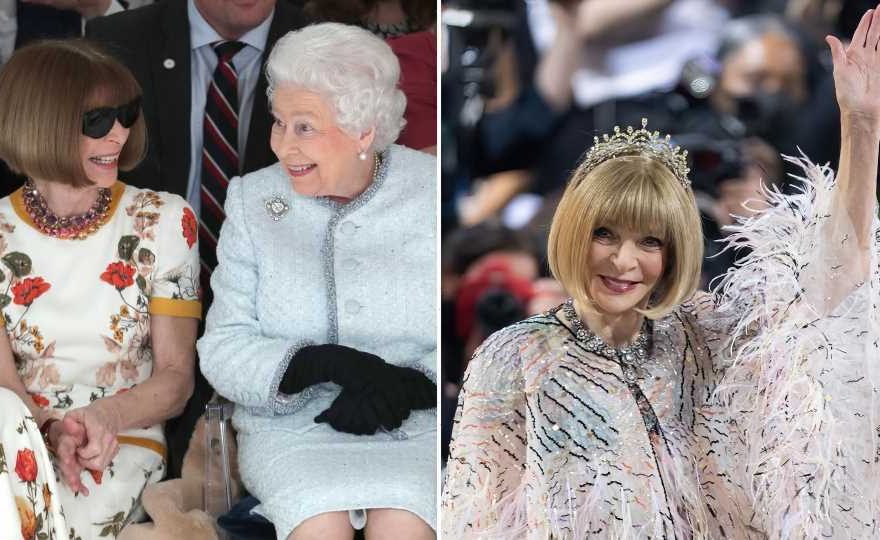 DAME Anna Wintour is one of the most famous faces in fashion.

Over the last 32 years, the 72-year-old has become just as renowned for her signature large dark sunglasses and sharp bob as she has for her prestigious role as the editor-in-chief of US Vogue. 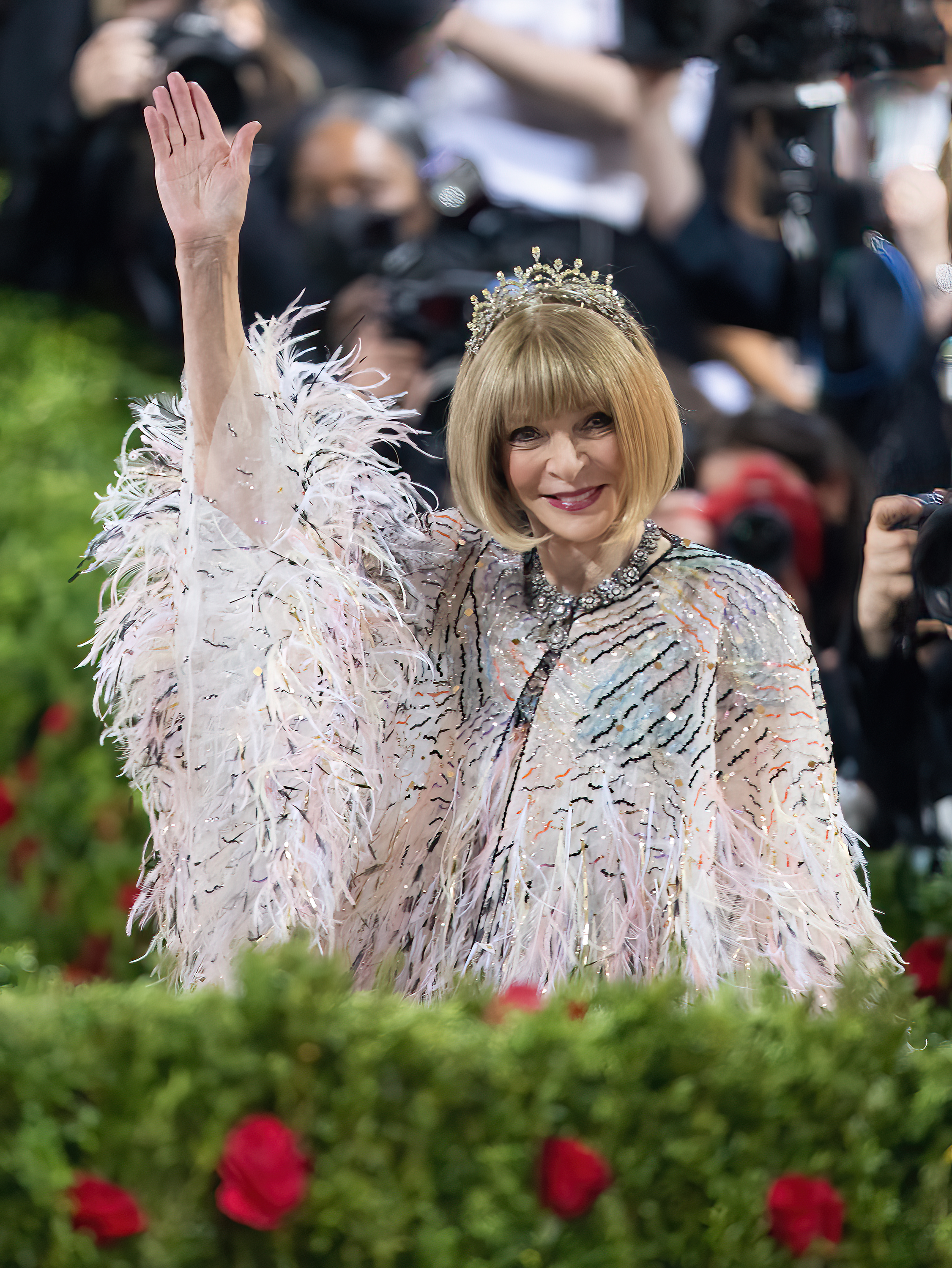 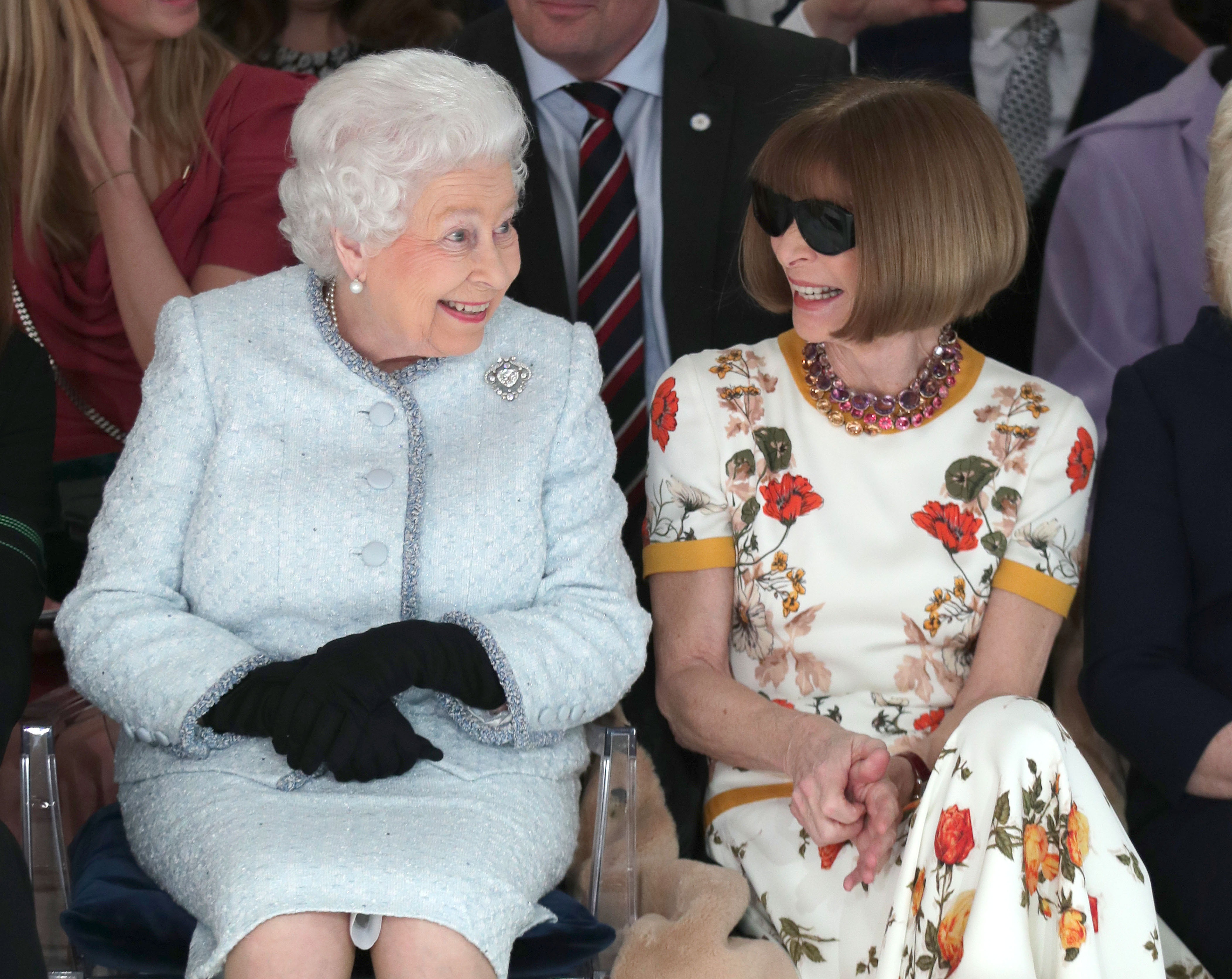 Founded in 1892, Vogue is known worldwide as perhaps the most significant publication in fashion – and there's no denying that Anna Wintour is one of the key reasons for its continued success.

And now, new biography "Anna" by journalist Amy Odell, which was published on May 5, has revealed some of the secrets behind her management style, so that you can become the boss in your office, too.

So what are you waiting for? Here's how you can follow in Anna's very successful (and stylish) footsteps…

While many of us would bale under the pressure of being given extra responsibilities, Anna had a rather simple solution…wake up earlier to get the work done. 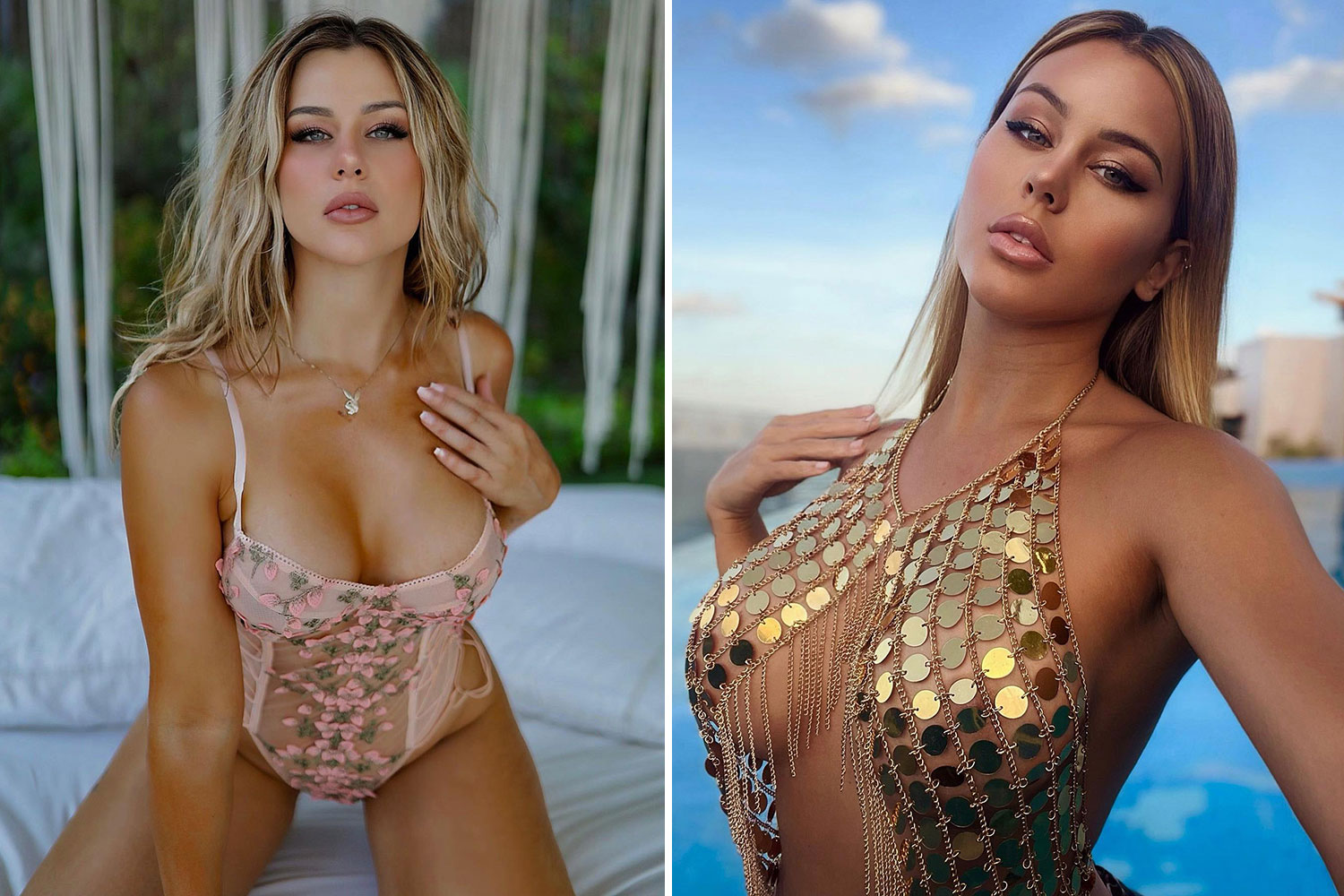 In "Anna", Amy notes that the legendary Vogue editor and global content adviser would simply find herself more hours in the day by waking up as early as 4am.

And let's face it, that's the middle of the night for the majority of us.

As for a lie in, forget it! The icon, whose father Charles was the editor of the London Evening Standard, considered a 5.30am wake-up call a treat.

And journalist Hamish Bowles, who has been the European editor-at-large for US Vogue since 1995, was reportedly "amazed" when he found out Anna's hours.

Recalling one particular story, Amy writes: "When they attended Paris Fashion Week together in the early 2000s, he had stayed out late at an after party, returning to the Ritz between 4 and 5 a.m."

"As he swung through the doors, Anna was on her way out to play tennis an hour outside the city."

She says that Anna laughed as the pair crossed paths, before returning at 9am following her tennis game.

"She had her hair and makeup done, she was in her front-row seat at the first show of the day, flawless along-side a drained Bowles," the biographer continues.

I'm a style guru, get rid of these 3 items and you'll look 10 years younger 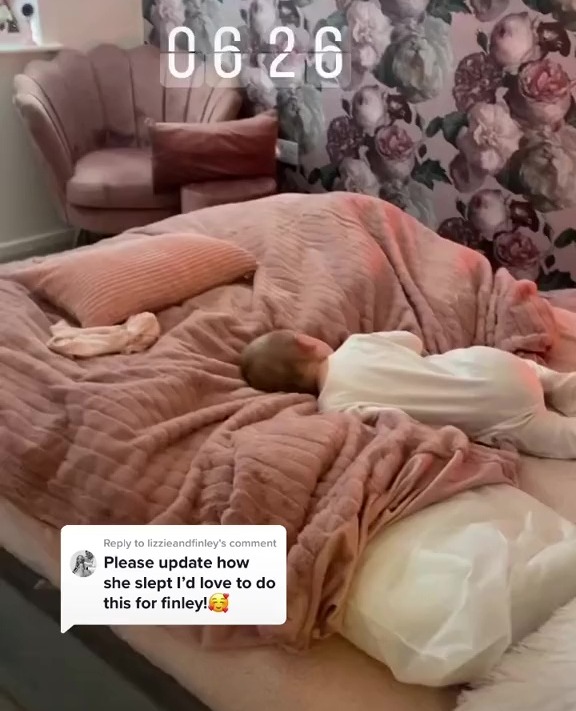 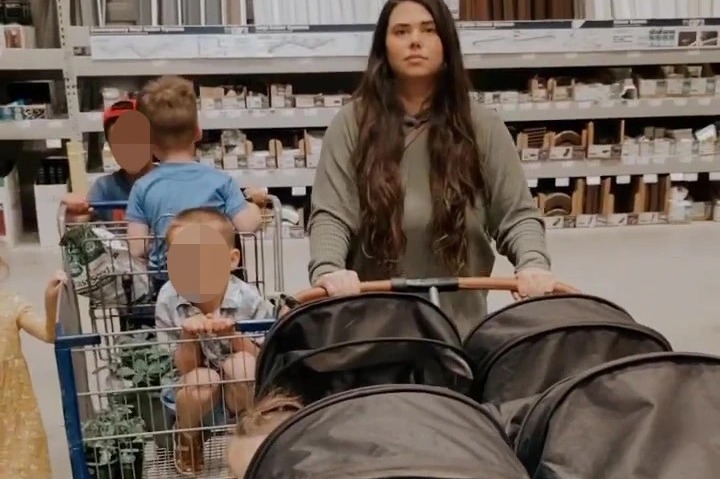 With her hectic schedule increasing by the day, the Condé Nast executive hired assistant Laurie Schechter to help get her assignments done.

And according to Amy, there was one particular tactic Anna used to make sure she got the best out of Schechter – and all of her employees.

She writes: "On her first day, Anna said, 'I’m not very organised, so you’ll have to take care of everything.'

Since, as she quickly learned, Anna was extremely organised, Schechter came to realise this was a management tactic to ensure she wouldn’t slack off."

Constructive criticism is often used in workplaces to provide specific examples and suggestions to help implement a positive change.

While not everyone takes it well, it was a technique Anna reportedly used to "assert her dominance."

Amy writes: "Vogue employees later described being 'hazed' by Anna, who nit-picked their work when they started – whether it was arranging a photo shoot or selecting collars for her dogs."

"They believed this served the purpose of asserting her dominance. "

She goes on to explain that employees who had gotten used to the fashion editor's working style would even say to newbies: “That’s just how she works, don’t take it personally.”

So when you're next given feedback, be sure to turn the negative into a positive and you may just find yourself on the rise to success.

According to Amy, there were a large variety of factors that contributed to Anna finally getting her first job at Vogue.

In particular, she notes her dedication to spending over half her life developing a personal brand.

"The hair, the sunglasses, the polished designer wardrobe, moving through the world like the star of her own never-ending photo shoot," she writes.

And it was this personal brand that helped her command attention without having to say a word.

Amy writes: "As Schechter put it, 'She’s not loud and she’s not theatrical. She’s always commanded the room."

"Even when the hair was in the face . . . just sitting on the sofa, you never didn’t notice her.'”

While you'll come across some people in life that you wouldn't choose to be friends with, it's always important to have a positive working relationship with your management.

Amy says that when Anna was fired from Harper's Bazaar because of her "edgy" shoots, she "learned how to commercialise her taste and appease management."

As a result of her adaptability, she notes that Anna went on to produce some of her most impressive work.

And taking her dedication to the job one step further, Amy writers that the editor-in-chief even went out of her way to "learn about art and train her eye."

While many of us choose to head down the pub to let off some steam, Anna spent her time flicking through art show catalogues and wandering around exhibitions.

The knowledge she gained from this had a strong impact on her relationship with Vogue’s former art director,Alexander Liberman.

Amy writes: "By incorporating illustrations into her fashion pages and posing models alongside artworks, she appealed to Alexander Liberman, Vogue’s former art director, who became the editorial director of Vogue’s parent company, Condé Nast, the creative genius behind the whole operation."

MAKE ANY PROBLEM GO AWAY

Complaints are something that any boss dreads. But no matter what level you are, there's just no avoiding them.

And despite being one of fashion's most influential stars, Anna Wintour is no stranger to controversy either.

She recently came under fire when she was accused by some of ignoring talented writers and designers of colour.

But to avoid the PR crises, Amy notes how Anna was to "apologise quickly, hope that would make the problem go away, and move on."

She recalls how Anna sent her staff an email on June 4 which read: “I know Vogue has not found enough ways to elevate and give space to Black editors, writers, photographers, designers and other creators."

"We have made mistakes too, publishing images or stories that have been hurtful or intolerant. I take full responsibility for those mistakes.” 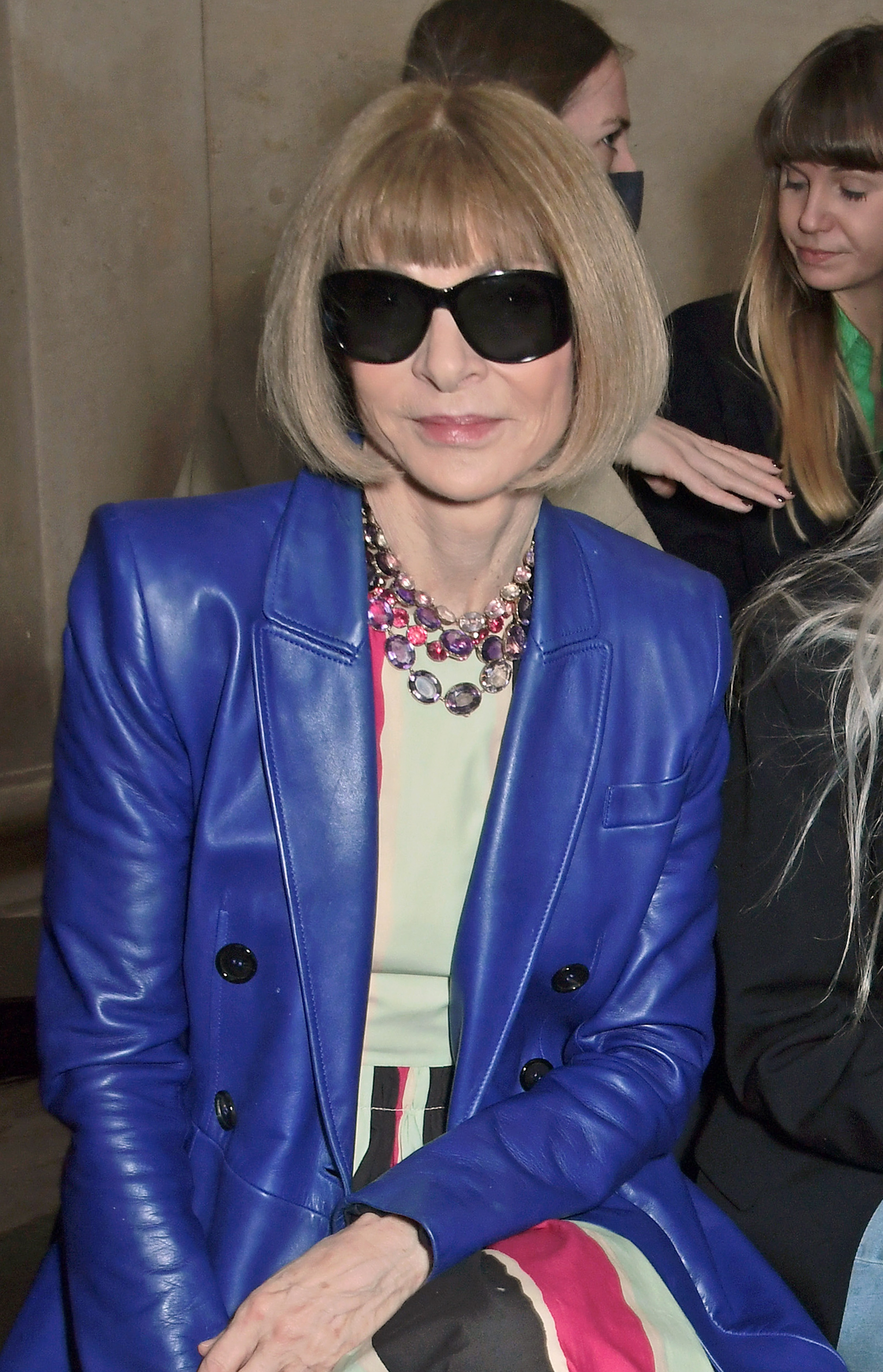