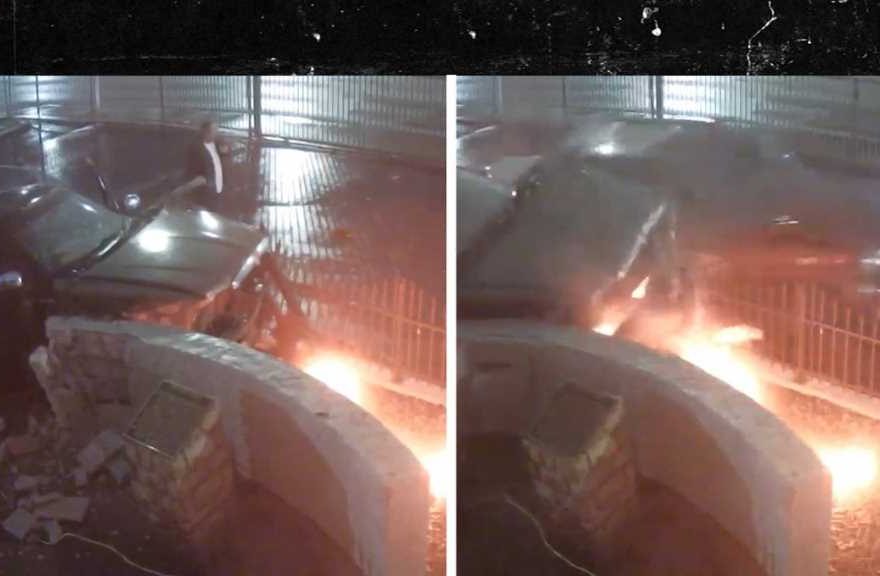 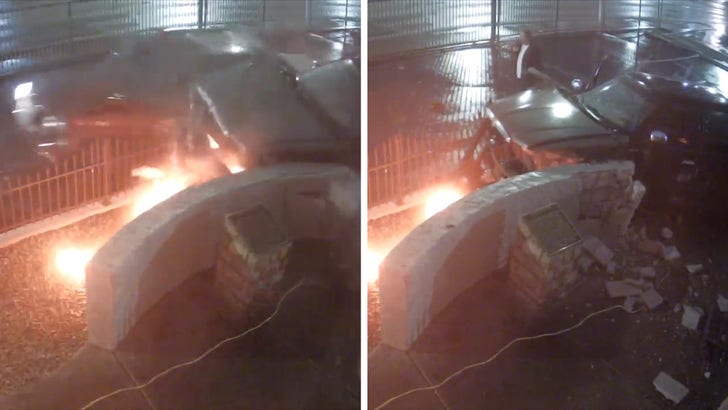 Zak Bagans‘ Haunted Museum attracts all kinds of strange activity, like this car that came barreling through the gates before plowing into a security guard’s car … and it’s on video.

The scary incident went down last week on a rainy night in Las Vegas, and you see a car traveling on the wrong side of the road come smashing through the museum’s outer fence.

The car is moving at a pretty fast clip when it smacks into security’s parked car, and the impact sends the parked car flying into a museum sign, causing even more damage.

The back-to-back crashes don’t seem to slow the car at all … the driver zooms off into the night almost as if nothing happened.

According to the police report, the driver lost control of the car in rainy conditions as it crashed through the gate … and the security guard inside the parked car was rushed to a hospital. We’re told the security guard luckily only suffered minor injuries and is on the mend.

Our law enforcement sources tell us no arrests have been made and the case remains an open investigation.