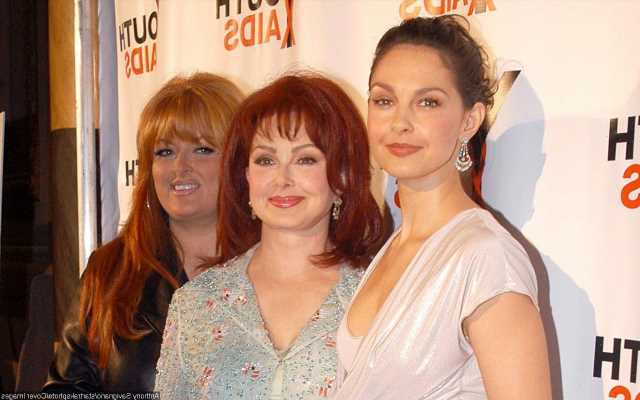 The late country singer appointed her husband of 33 years Larry Strickland as executor of her estate, giving him ‘full authority and discretion’ over her assets in the will she prepared in November 2017.

AceShowbiz -Country singer Naomi Judd has left her daughters Wynonna Judd and Ashley Judd out of her will. She instead appointed her husband of 33 years Larry Strickland as executor of her estate, giving him “full authority and discretion” over her assets “without the approval of any court.”

Judd, 76, shot herself dead in an upstairs room of her Tennessee farmhouse on April 30 after a long battle with her mental health. She prepared her will in November 2017, almost five years before her suicide, and was judged of “sound mind and disposing memory” when she approved the document. Judd was a member of the country music duo The Judds alongside her eldest daughter, Wynonna, 58, who is reportedly upset by the decision.

Judd’s will states Strickland is entitled to “reasonable compensation” for his services as executor, according to the document seen by Page Six.

A source close to Wynonna told Radar Online the singer is angry she was excluded from Judd’s will and “believes she was a major force behind her mother’s success.”

Both daughters had homes on Judd’s 1,000-acre farm in greater Nashville but it is unclear if Wynonna and Ashley’s properties are considered part of Judd’s estate. It comes days after actress Ashley, 54, told grief expert David Kessler, 63, on his “Healing” podcast about her mum’s death, “It was abrupt and painful and my world is upside-down. I look back on my childhood and I realize I grew up with a mom who had an undiagnosed and untreated mental illness.”