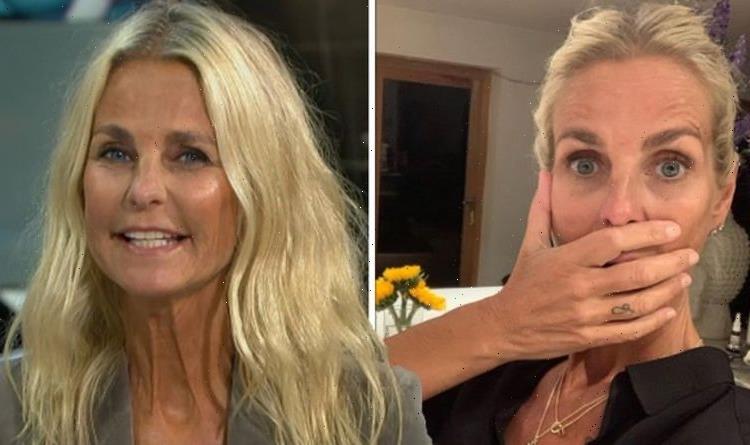 Ulrika Jonsson, 54, has previously admitted she couldn’t rule out marrying again. However, the star, who has been wed three times before, admitted it “would feel strange” to walk down the aisle.

In a chat back in April, the presenter described herself as a “sexual creature” admitting she’s not opposed to more romance in her life.

She said: “I’m a hedonist and a spontaneous person who believes in love.

“While it would feel strange getting married again, I can’t ever rule it out for the future.”

She also opened up in the chat with The Sun about her sex life.

Ulrika continued: “I enjoy sex, I want to have sex and I am open to experience that.

“And it’s difficult for women my age to say that without being seen in a certain way.”

She was first married in 1990 to John Turnbull, with who she shares Cameron.

Her daughter Bo was from her relationship with German hotel manager Marcus Kempen after they met in the late 1990s.

Ulrika was married to Lance Gerrard-Wright from 2003 until 2006 after they met on the show Mr Right.

They have one daughter together called Martha.

The presenter’s most recent marriage was to American businessman Brian Monet.

They wed in 2008 and had a son called Malcolm soon after.

However, they announced in 2019 they had divorced in a statement.

Taking to Instagram, she shared some selfies to mark her birthday with her 165,000 followers.

Alongside the snaps, she shared an insight into what she “knows so far”.

Speaking of her love life, she wrote: “I love with reckless abandon and ardour at times when caution and circumspection might be the order of the day.

“Lying down with lions has never perturbed me.

“But the futility of attempting to change the shape of my heart has never been lost on me. I am who I am.

“I may be too much. But I am never not enough.”

The star is taking part in the celebrity version of the show SAS: Who Dares Wins.

She’ll be appearing in the show alongside stars like James Cracknell, Kerry Katona and Ore Oduba.

The new series begins tonight at 9pm on Channel 4.