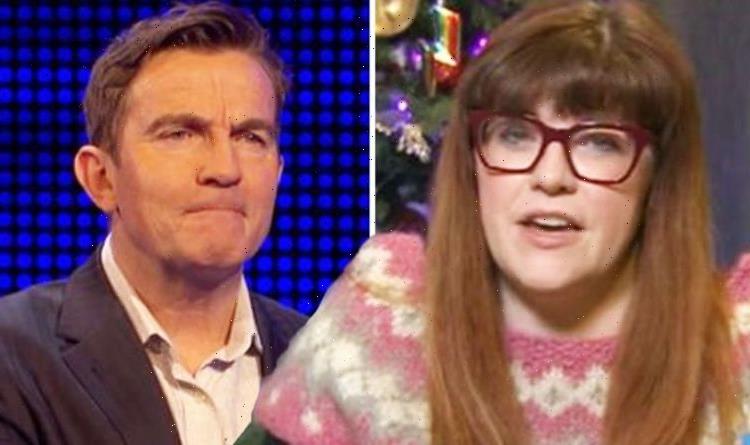 The Chase: Bradley Walsh comments on difficulty of question

Jenny Ryan, otherwise known as The Vixen on The Chase, has addressed host Bradley Walsh’s retirement plans. It comes after the presenter, who has been at the helm of the ITV show since 2009, revealed he will be retired and off TV screens in the next two years.

The 39-year-old spoke candidly about her co-star during an appearance on Good Morning Britain today.

The quizzer revealed she shared a close friendship with Bradley and admitted she would be sad to see him go.

Addressing his retirement plans, Jenny said: “It would not be the same show without Bradley, he’s a fabulous host and I really enjoy working with him.”

The ITV favourite revealed she had been a part of the test pilot for The Chase and the quizzer admitted she knew it was going to be a success because Bradley was a part of the show.

Jenny explained: “I was involved in the test pilot, as soon as they said Brad was on-board I knew it was going to be a hit.”

Her comments come after Bradley said that he would retire from showbiz in the next 24 months.

The Chase host opened up in an interview where he revealed he had plans to slow down.

“You know what, in a couple of years time I won’t have to do any of it, I’ll be retired and that’ll be it,” he told The Sun.

Bradley continued: “It seems like I’m on your screen all the time only because I cram everything in a certain area of the year.

“So out of 365 days, you’d imagine I have loads of time off. But once you’ve got your bedrock of shows set in, that allows you then to go off and do other things.”

He added: “I don’t actually have time off, I have meetings, I have personal appearances I have to make and stuff like that with other things I’ve got going on, so it’s quite tricky to juggle it about.”

“It won’t be the same without him. Let’s hope not,” he said, “But if I’ve got anything to do with it, he’ll be going until his last breath.”

She added: “I mean, I think this was Brad just talking off the cuff. I don’t think he has any plans to retire. I think he just meant, you know, obviously, I can’t go on forever.”

Meanwhile, Jenny took to Twitter and shared a festive snap ahead of tonight’s celebrity special of The Chase.

The Chase airs weekdays on ITV at 5.30pm.